A new residential and academic building for nearly 400 Rutgers University students in Newark is on track to open this summer after topping out earlier this month.

Hollister Construction Services, the project’s construction manager, announced that it recently joined developer RBH Group, Rutgers University-Newark and others to celebrate the milestone at the future Honors Living-Learning Community. Bounded by New, Washington, Halsey and Linden streets, the five-story, 154,000-square-foot project will include 391 beds for students, classroom and academic support spaces and 25,000 square feet of ground-floor retail space.

The project also includes a five-story, 74,000-square-foot precast concrete parking garage with 330 parking spaces and an 11,000-square-foot exterior plaza serving as a gathering place for Rutgers-Newark and the community, Hollister said in a news release. New landscaping and streetscape improvements will be performed with the goal to create an exemplary design for a new educational community in Newark. 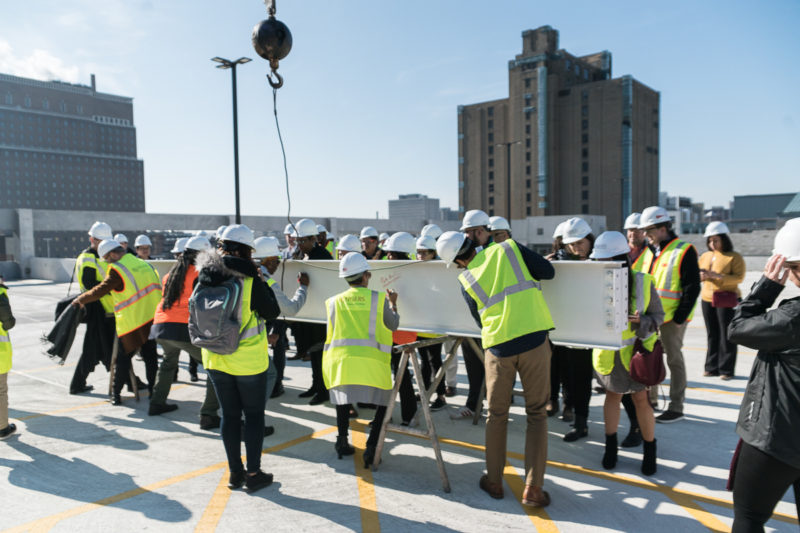 “We had great weather, perfect for the Rutgers HLLC beam signing and topping out ceremony in beautiful downtown Newark. Joining the Hollister team were developer RBH Group, Rutgers University-Newark, Perkins Eastman Architects and McNamara-Salvia Engineers,” said Steve Williams, project executive at Hollister. “We look forward to wrapping this exciting project up this summer!”