A rendering of a new 150,000-square-foot, speculative laboratory building slated for the ON3 campus in Nutley and Clifton — Courtesy: Prism Capital Partners.

A pipeline of new ground-up construction projects is taking shape at Prism Capital Partners’ ON3 campus in Nutley and Clifton, including some 400,000 square feet of laboratory space, a new medical office building and a dual-branded 255-room hotel.

The developer this week said it was finalizing plans for a new 150,000-square-foot speculative lab building at the 116-acre property, a former Hoffmann-LaRoche complex on Route 3 that the firm is repositioning. Edwin Cohen, a principal partner with Prism, said the four-story facility will be New Jersey’s first spec lab in recent history and “answer the market’s sustained demand for modern R&D space,” building off the recent leasing success at the campus.

“We already have leased up approximately 500,000 square feet of existing lab space at ON3, with continued strong interest,” Cohen said, referring to a series of buildings that were left intact by Roche. “Simply put, more lab inventory makes sense, and this first spec project will truly be a milestone for the campus.” 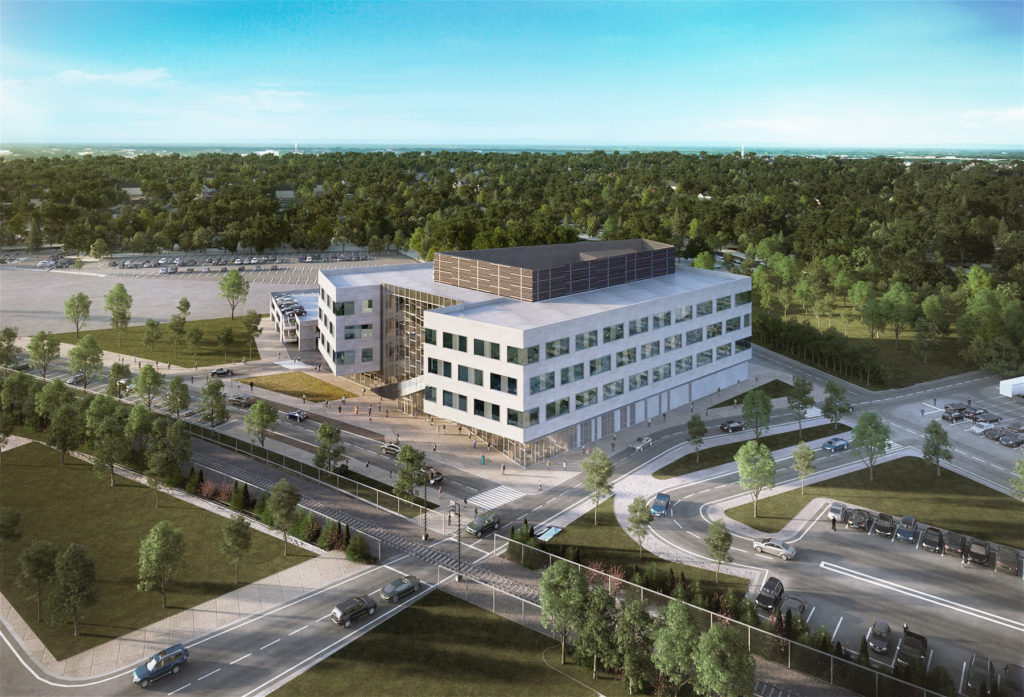 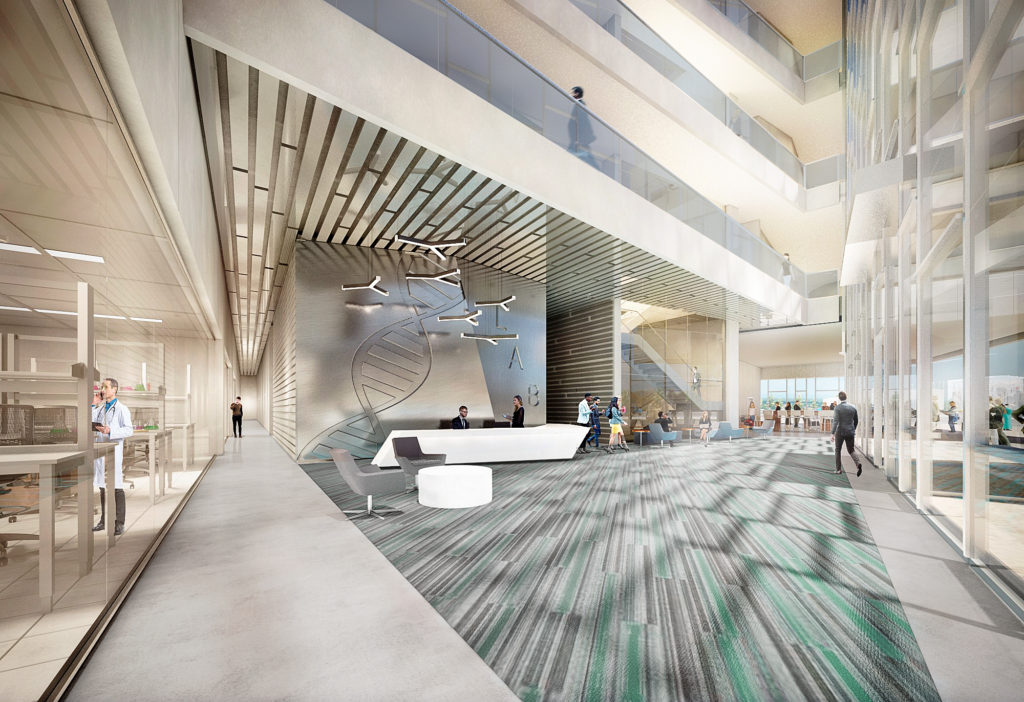 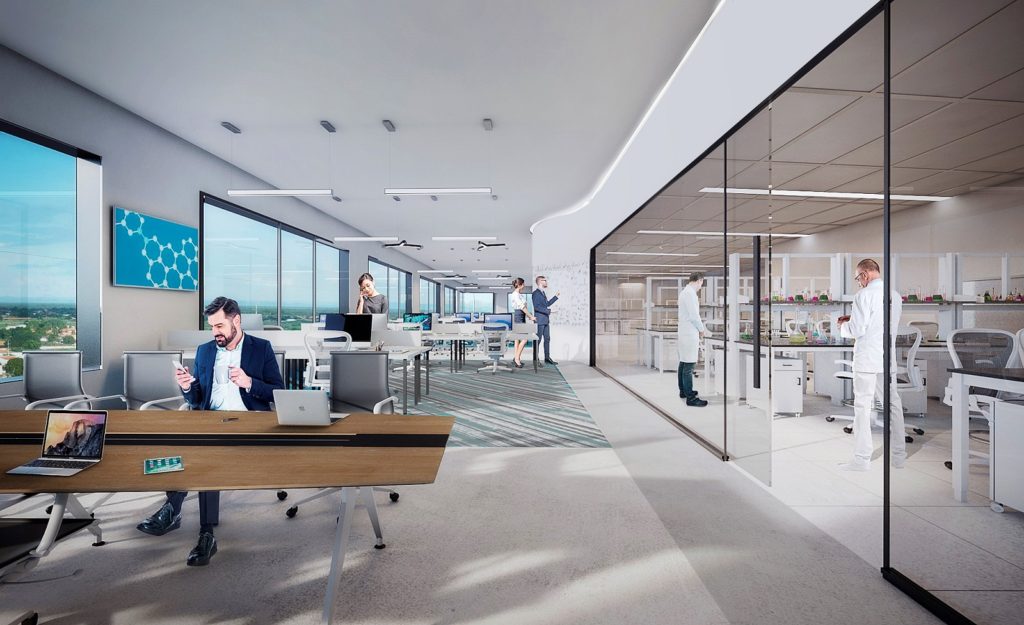 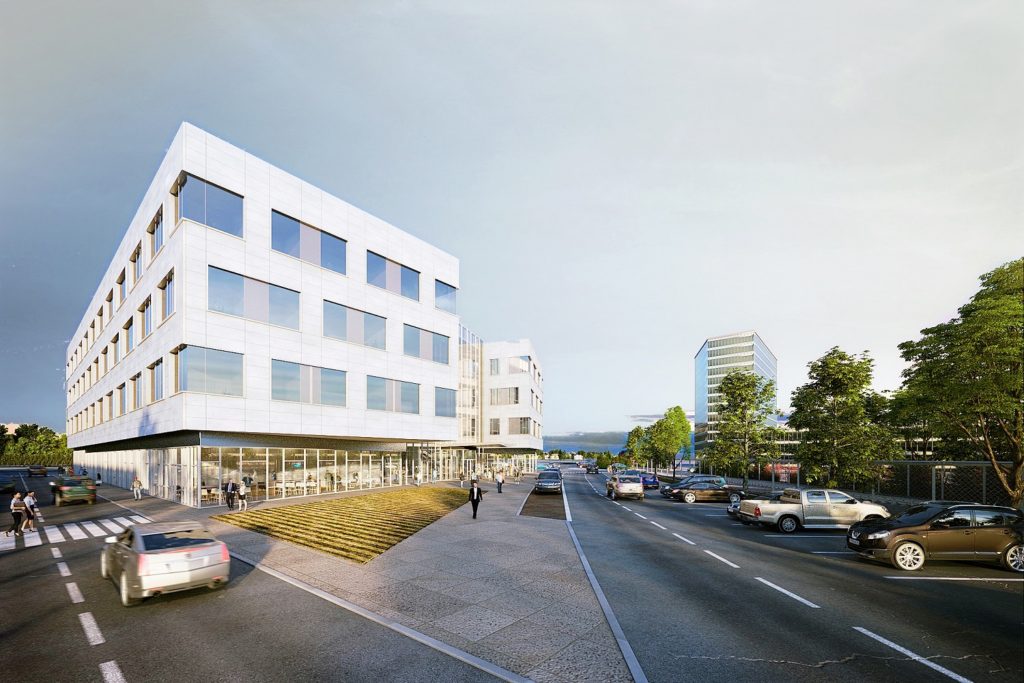 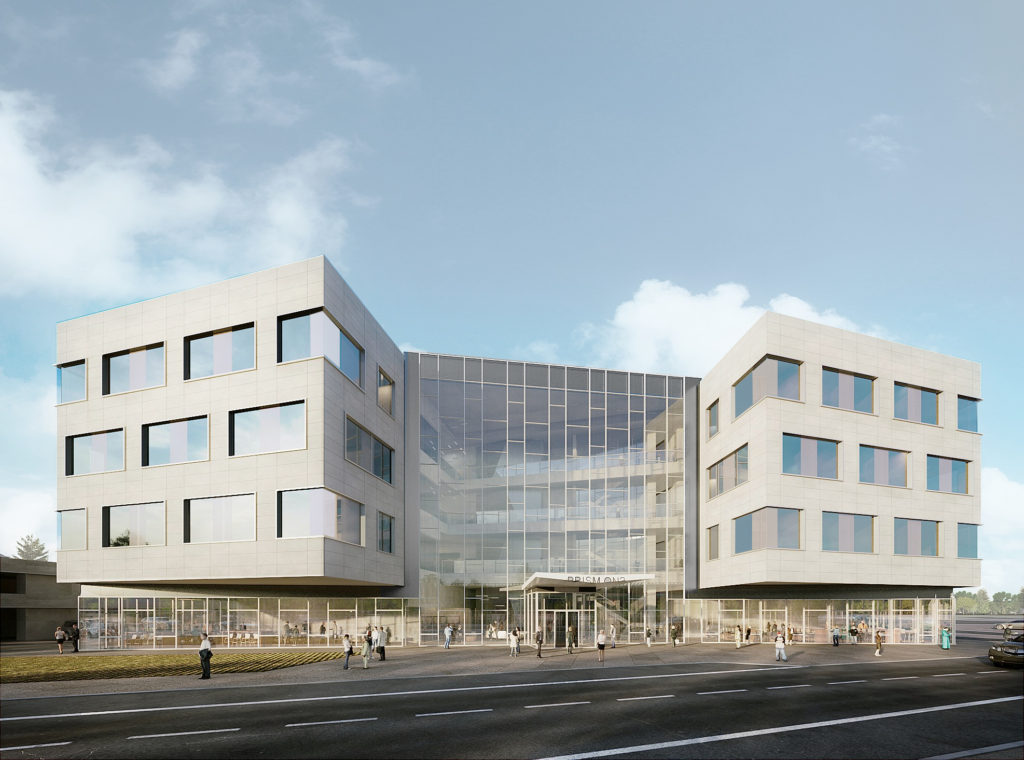 Prism also detailed plans for a previously announced, 250,000-square-foot laboratory building by Quest Diagnostics. The health care giant “will break ground imminently” at its 12-acre parcel, Prism said, noting that the owner-occupied facility will become the largest in Quest’s network of more than 20 major lab facilities across the country.

Upon completion, the building will employ more than 1,100 people. Meantime, Quest’s facility and the new spec lab building will expand the campus’ building footprint by about 35 percent.

Both will benefit from ON3’s existing infrastructure, including its central utility plant with a 10-megawatt cogeneration facility.

“The in-place multi-redundant heating, cooling and electricity enables the design of buildings with superior efficiency at a lower cost,” Cohen said. “In turn, this creates a better value proposition for lab users, which elevates ON3’s competitive positioning.”

The Bloomfield-based firm acquired the site in fall 2016, about four years after Roche said it would vacate its home of more than 80 years and sent shockwaves through its two host communities. But Prism has made quick and significant progress since then, attracting tenants such as Ralph Lauren Corp. and Modern Meadow, while celebrating the opening last summer of the new Hackensack-Meridian School of Medicine at Seton Hall University.

Cohen recounted those milestones on Monday during an event hosted by the Industrial & Office Real Estate Brokers Association and the Society of Industrial and Office Realtors. As part of the presentation, he also said Prism was in “active negotiations” to build an 80,000-square-foot medical office building and a dual-branded, 255-room hotel.

The firm did not disclose the name of the hotel operator, but said it would be a “flagship” hospitality venue. He also said the hotel would be closer to Route 3, as would two potential office towers that Prism is currently designing.

The new projects would come as part of a larger mixed-use plan that Prism also hopes will include retail and restaurant space, residential, open space and other uses. Cohen said he and his partner, Eugene Diaz, are planning for the fully built campus to have somewhere 3.5 million and 4 million square feet, with a population between 8,500 and 10,000 people that would rival the workforce during Roche’s heyday on the site.

With the new lab and R&D facilities, Prism will look to build on state’s heritage as a hub for research and innovation and the fact that Gov. Phil Murphy has placed an emphasis on growing industries such as technology, life sciences and biotech.

“The expansion of R&D facilities at ON3 signals the region’s continuing rebirth of life sciences and biotech on a site that was once home to healthcare pioneer Hoffmann-La Roche,” Cohen said. “Governor Murphy’s vision of New Jersey becoming the destination of choice for innovative companies and creating jobs is coming to life at this campus.”