A new Trader Joe’s will soon be among the retail offerings at Garden State Park, the sprawling, mixed-use development along Route 70 in Cherry Hill, bringing a second high-end grocer to a site that already boasts New Jersey’s top-performing Wegmans.

That should come as no surprise for a development that also has multiple burger concepts, two national massage brands and a long list of other retailers and restaurants.

“It goes to show you that competition is a good thing,” said Jack Morris, who has developed Garden State Park alongside Joe Marino, under the longtime entity known as M&M Realty Partners. “There is so much population around here that everybody is busy. … Unfortunately, we have more requests for restaurants and retailers to be here than we have space for them, so there’s still a great demand.”

The demographics, scale and location of the site have helped the joint venture create a true destination at the property, which for decades was home to an iconic horseracing track. Plans for the 223-acre site call for some 1.1 million square feet of retail and restaurant space, which is now entering its final phase alongside the ongoing build-out of more than 1,000 residential units.

The development is also primed to draw even larger crowds later this year with the completion of a new sports book, bar and restaurant in the center of the property. M&M Realty is moving ahead with plans for the roughly 6,800-square-foot facility, thanks to the recent legalization of sports betting in New Jersey.

“We think that’s going to be a big attraction for the property as well,” said Morris, the CEO of Edgewood Properties. M&M Realty has been building at the site for nearly 15 years as part of the ongoing redevelopment of the former Garden State Park racetrack. The nearly 50-year-old venue closed permanently in 2001, paving the way for a proposed mixed-use redevelopment that could serve as a town center for the sprawling suburb. A proposal by Miami-based Turnberry Associates never got off the ground.

When M&M acquired the majority of the property, the joint venture tweaked the zoning to create a mix of residential, retail, restaurant and office space that would feed off the area’s population and highway access.

The developers have since attracted a host of national and regional retailers to the site — which includes both big-box strip centers and a walkable, town center-style section — accounting for nearly 800,000 square feet. Those tenants include Wegmans, Dick’s Sporting Goods and Best Buy, along with food and beverage operators such as the Cheesecake Factory, Starbucks and Panera. 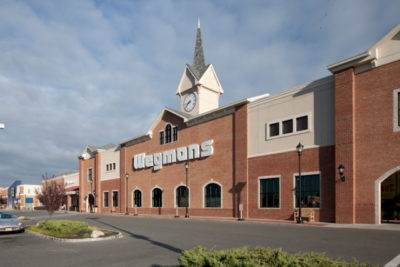 The remaining build-out will add the likes of Trader Joe’s, Costco, Shake Shack and Duluth Trading Co. to an already well-rounded mix of tenants. It all serves as an amenity for the other components of the property, which include 105,000 square feet of office space and about 400 completed residential units to date. The residential portion calls for more than 1,000 units total with a range of rental and for-sale options, Morris said, from apartments for young couples to three- and four-bedroom townhomes, all of which include set-asides for low- and moderate-income renters and buyers.

“We think we’ve created something for everybody,” Morris said, while noting that Garden State Park also includes park space and a train station with service to Atlantic City and Philadelphia.

Morris and Marino, as privately held builders, have had the luxury of patience when it comes to building out the residential component. While the joint venture began selling units in the mid-2000s, it halted for-sale construction during the downturn with an eye toward maintaining the home values of existing residents at the time.

“I understand public companies have to do what’s best for their stockholders and investors,” Morris said. “But we didn’t have to do that, so we waited it out.”

The former racetrack site also includes a portion slated for 608 age-restricted condos, which is outside the area controlled by M&M. A Pennsylvania-based development group, TSV/TGA, has taken over the formerly stalled project and has reportedly expressed plans to finish the 20-building complex by around 2021.

Morris and Marino have also turned their focus to a pipeline that includes a hotel and the sports betting facility. Following last year’s ruling by the Supreme Court, the New Jersey law that legalized sports wagering included the former Cherry Hill racetrack site among the locations that could house a betting parlor. And despite ongoing litigation with a Pennsylvania-based gaming operator, which owns a portion of the historic property and has laid claim to the license, M&M Realty has started the build-out of the parlor.

The developers in late February also were in the final stages of finalizing an operating partner for the sports book. Morris said he hopes to finalize the agreement and open the facility this spring.

“I don’t think anyone really understands just how big the sports betting will be,” he said. “I think what’s unique about this property is that it’s not just a racetrack where people are going to go that just want to make a bet.”

Specifically, he believes the site will be far more accessible and convenient than the state’s other sports betting locations at existing racetracks and Atlantic City casinos. And Morris, who is part owner of the Hard Rock Hotel & Casino Atlantic City, believes Cherry Hill will draw a different crowd from those who are visiting the resort town.

“At Garden State Park, you’ll see how easy it is. It’s like going to pick up a quart of milk,” he said, adding that the parlor will be an amenity to patrons of the property’s other restaurants. “I think it’s going bring a different, eclectic feel to sports betting than it normally has had in the past.”

The restaurant-style facility — which will have bar and table seating, a wall of big-screen televisions, a betting counter and a full-service kitchen — “gives us the ability to test the market,” Morris said. “And if it’s a market where we have what I think will be thousands of people that will be coming, then we can enlarge it. We have plenty of space here to do it.”

M&M will soon break ground on additional residential buildings on the site, while it hopes to start construction on the hotel as early as this year. And while the final retail phases are now in sight, with the scale of Garden State Park, Morris believes the firm’s work will never be truly finished.

“My kids will be building here because … we’re always building and rebuilding, and that’s the great part about it,” he said. “This is a little city. There will be 2,000 residents when the thing is built out and 1.3 million square feet. Most towns don’t have that much space. So I don’t think we’ll ever be done here.”

It’s not unheard of for a landlord to be left with merchandise after a retail tenant has gone out of business or filed for bankruptcy protection.

But even this was a first for Jack Morris and Joe Marino.

The owners of M&M Realty Partners, who operate the mixed-use Garden State Park in Cherry Hill, were left with some 800 wedding gowns and dresses in 2017 after Alfred Angelo Bridal abruptly shut down its location in the complex and dozens of others. Rather than sell off the items to a liquidator, Morris and Marino instead tasked their team with finding local residents who couldn’t afford dresses, with an emphasis on military veterans and their families. 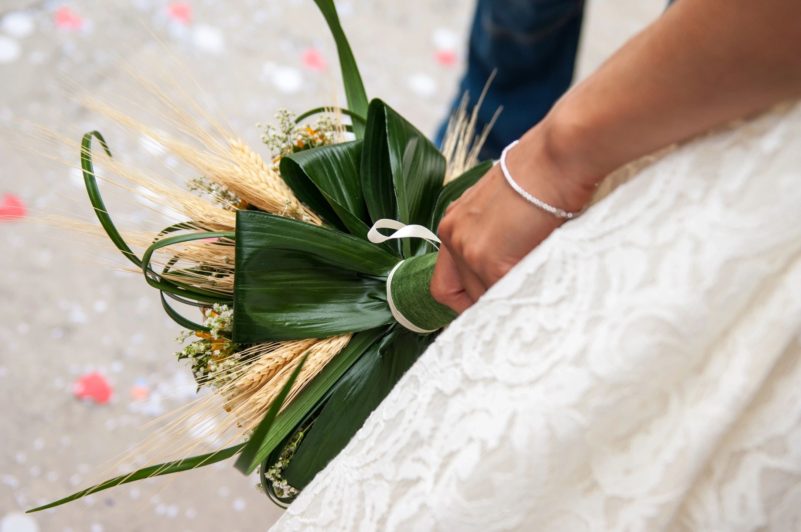 The result was a partnership in which M&M donated the dresses to Camden County, which then held a benefit that gave some 500 veterans, spouses and children the chance to pick out a gown and accessories that were left behind.

The developers also coordinated with RWJ Barnabas Health, for which Morris serves as the board chair, to organize an event that paired education on teen violence and healthy relationships with giveaways of prom dresses to teenage girls.