The developer recently marked the opening of Avalon Piscataway, a sprawling property on Old New Brunswick Road and just off Interstate 287. Located in a town of more than 57,000, the property features a host of amenities and is distinctive in that it offers three different product types, including four-story elevator buildings, three-story walkups and multilevel townhomes with individual entrances and private garages for many of the units.

“We did the three different products to appeal to a multifaceted demographic,” said Ron Ladell, a senior vice president with AvalonBay, who leads the company’s New Jersey office in Woodbridge. He also noted that 15 percent of the units have been reserved for low- and moderate-income residents to help Piscataway meet its affordable housing needs.

Avalon Piscataway was already 70 percent leased and 63 percent occupied at the time of a grand opening ceremony last week, which drew several public officials. Speaking to those on hand, Ladell praised the work of Scott Fishbone, a vice president for development with AvalonBay, who spearhead the project from its inception.

“Tonight it’s a celebration for everyone at AvalonBay, but I do want to highlight and recognize Scott for running this deal from the beginning, from its nascent stage until it is today,” Ladell said during the May 8 event. “What all of you see is an incredibly successful project because of his direction, because of his wisdom and because of his ability to get it done the way Avalon gets it done.”

The Arlington, Virginia-based builder took over the project several years ago from a previous developer. That gave way to what Ladell and Fishbone described as a process that enjoyed the support of local officials in Piscataway and state Sen. Bob Smith, who was on hand.

“It was a process that, from that point forward, was a pleasure to do and a pleasure to deal with,” Fishbone said. “And we ended up with what we believe and what we hope the town feels is a really wonderful addition to the town that brings in residents and ratables.”

The property, which is accessible from Stelton and Old New Brunswick roads, includes amenities such as a clubhouse with a fitness center, community area, pool deck and grills throughout the community. AvalonBay has also recently opened a new community in Boonton and expects to unveil a project in Teaneck in the coming weeks. 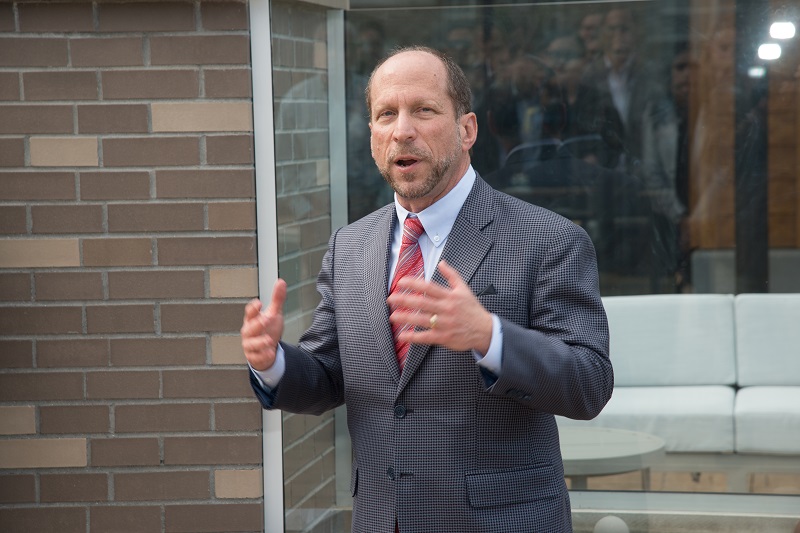 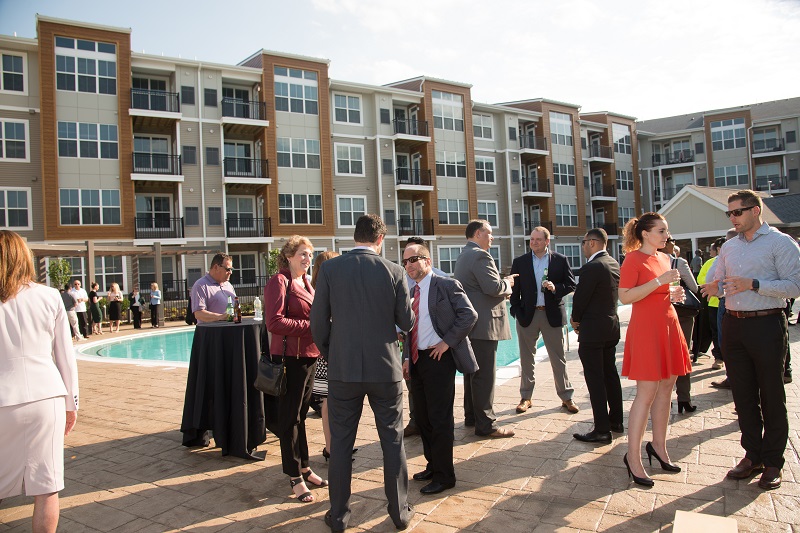 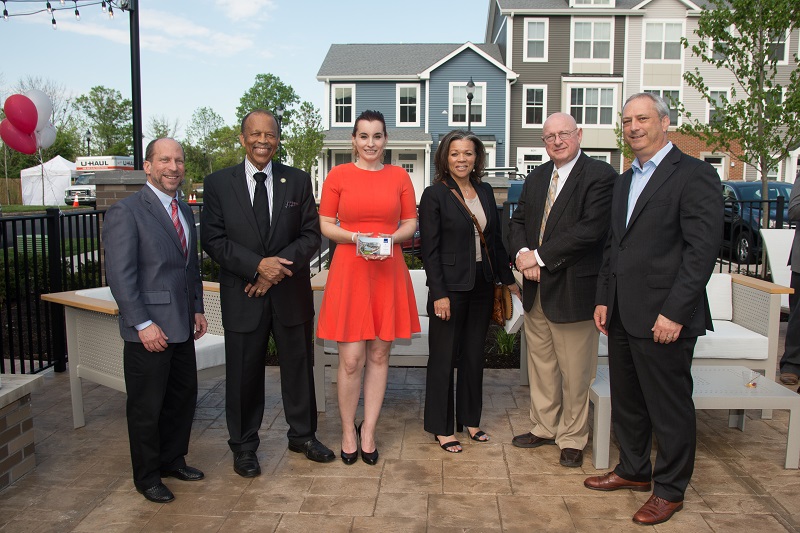 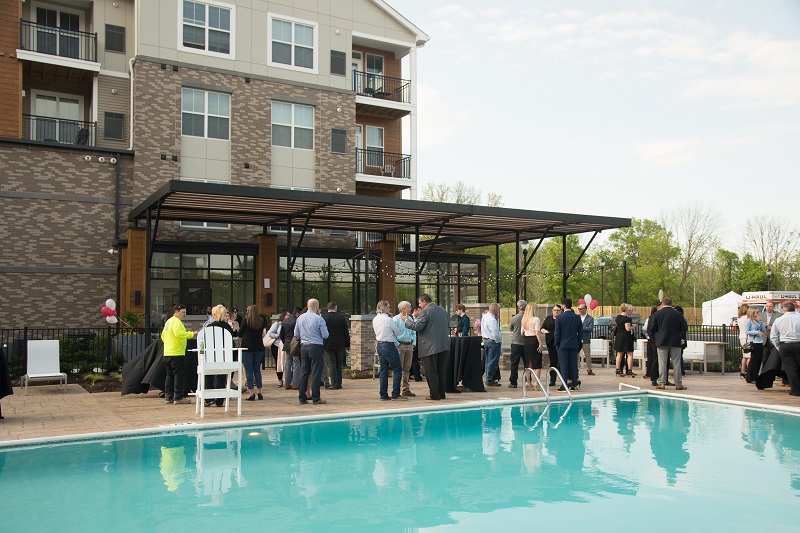 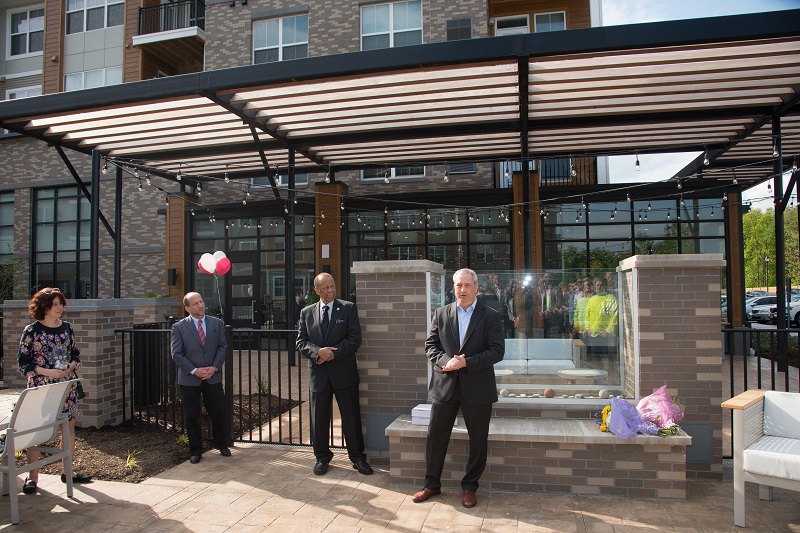 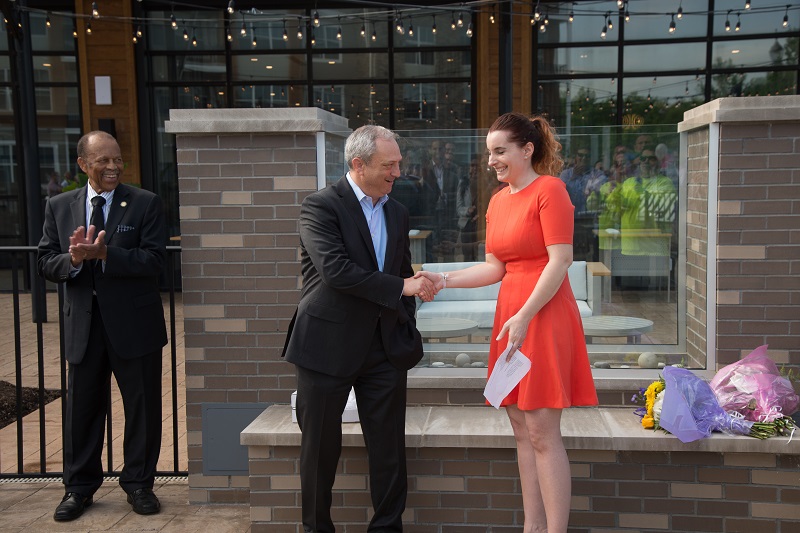