The owner of a prominent office tower in East Brunswick has taken the wraps off its plans to upgrade the property, while touting a recent uptick in leasing as a result of the investment.

American Equity Partners and its leasing team, Newmark Knight Frank, on Thursday unveiled renderings of what will be new common spaces and amenities at 1 Tower Center. The landlord is planning improvements valued at more than $6 million, seeking to modernize the 24-story, 415,000-square-foot building and capitalize on its location at Route 18 and the New Jersey Turnpike.

The proposed renovations include a new HVAC system, upgraded mechanicals, common areas and a modern tenant amenities center on the 15th floor, NKF said. The space, which will feature views of New York City, will include a fitness center with a yoga studio, a conference and training center, a social-centric tenant lounge and a co-working space, among others perks. 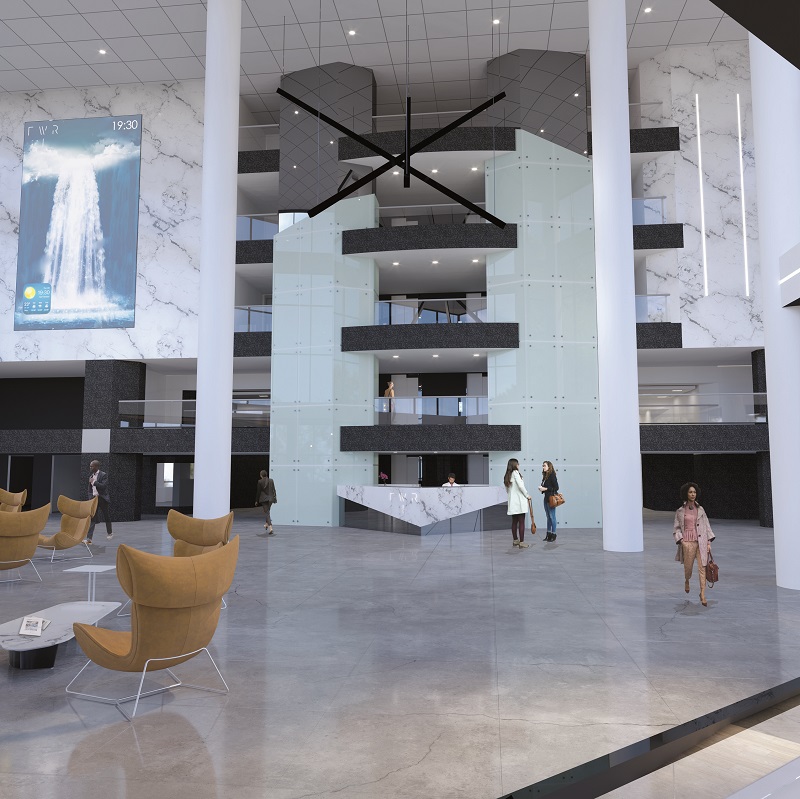 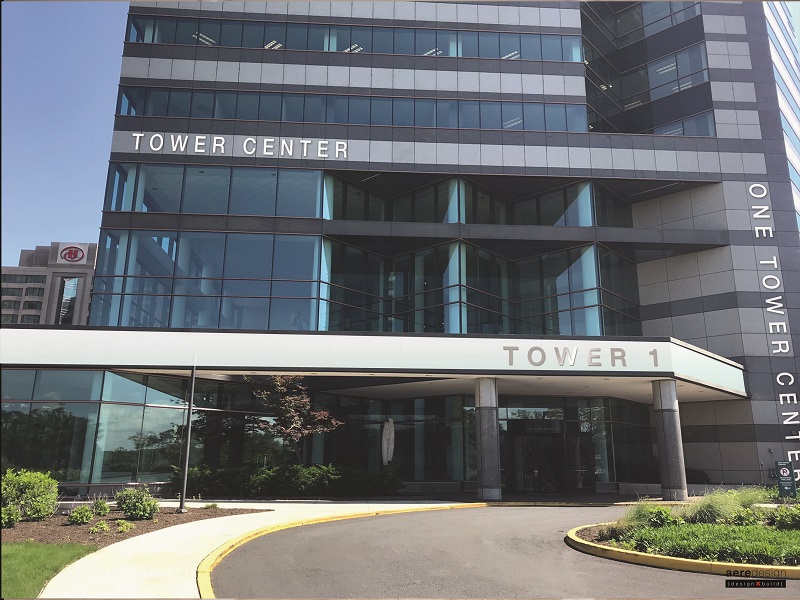 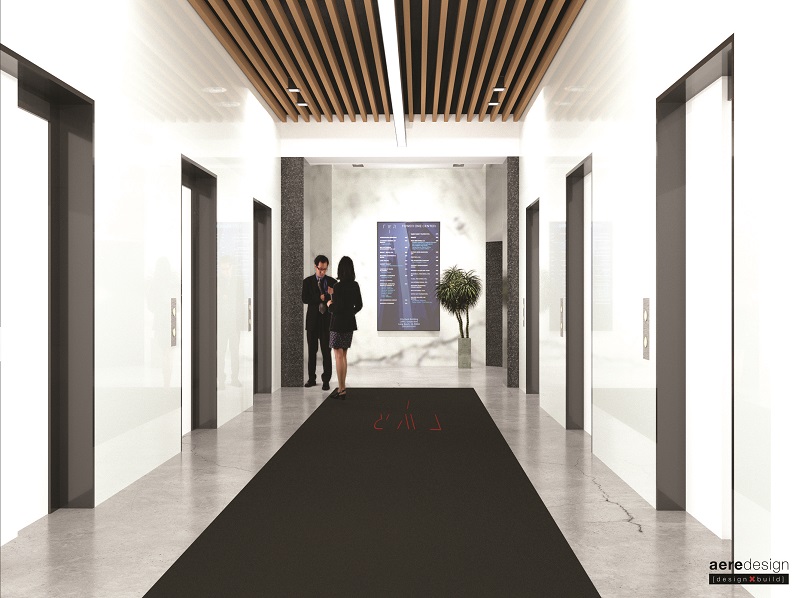 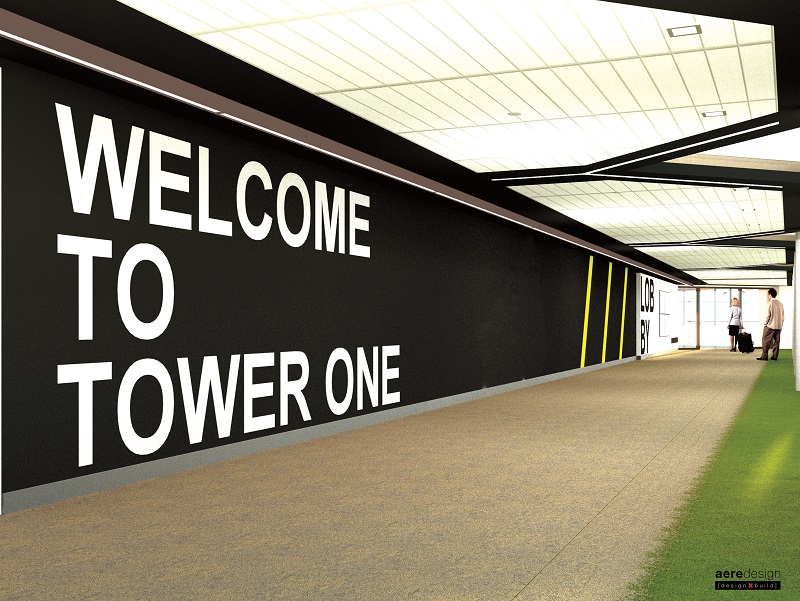 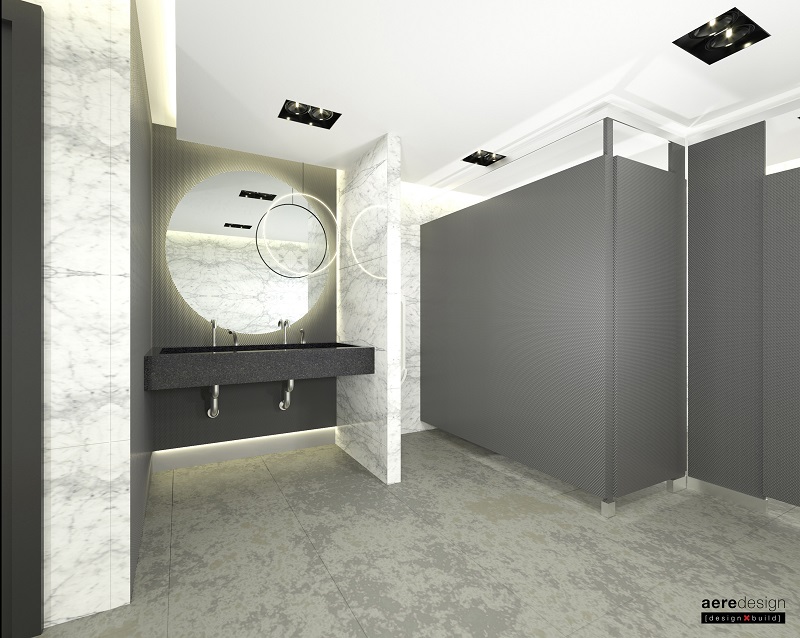 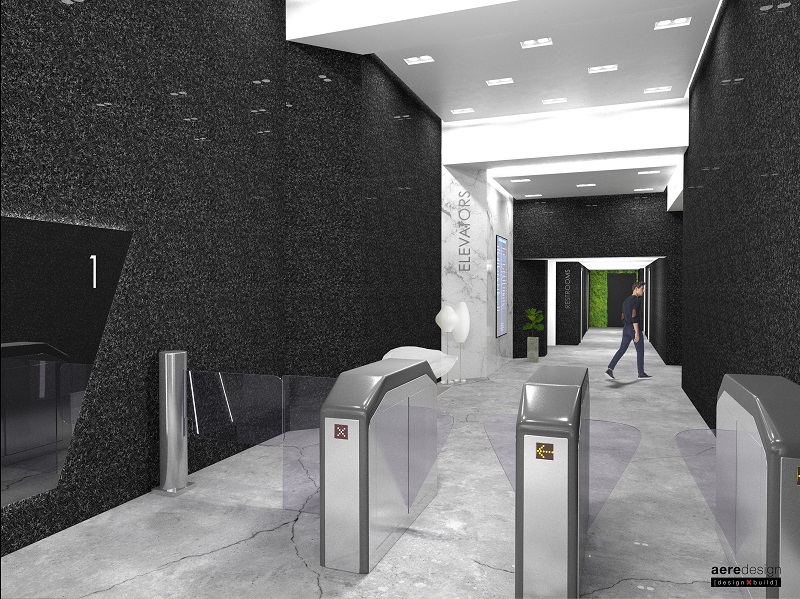 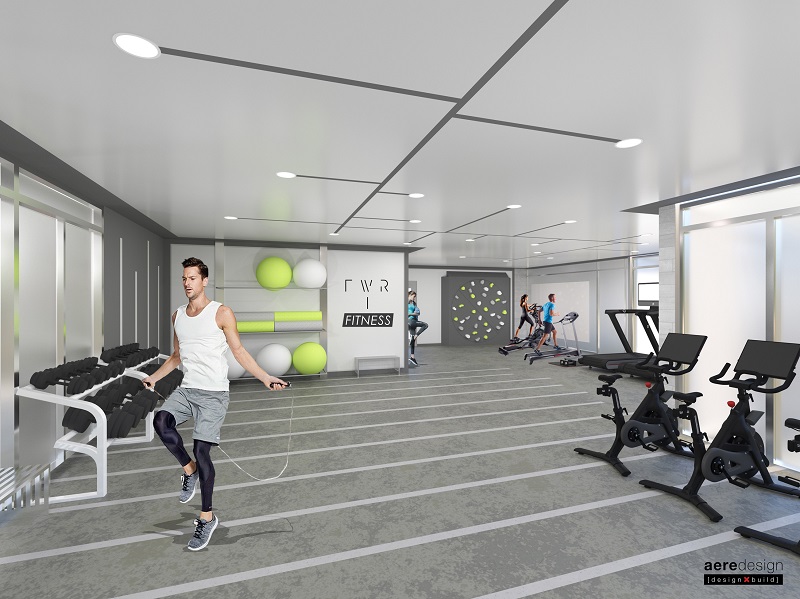 “1 Tower Center is a staple in the local skyline, and our bold renovations will transform the property into a sought-after location for years to come,” said David Elkouby, principal of American Equity Partners. “We have a deep history in modernizing area buildings including Lincoln Place in Edison and Grande Commons in Bridgewater and believe the work we’re doing at 1 Tower Center will make the asset a first-choice among office users.”

“The new 1 Tower Center will cater to the workplace of the future, offering unparalleled amenities and services to tenants,” said Drummond, a senior managing director with NKF. “Our recent leasing success with both Prudential and The Siegfried Group proves that the asset is poised to attract and retain some of the area’s best firms ranging from small partial floor users to large multi-floor occupiers.”

NKF is marketing spaces ranging from 3,000 to more than 200,000 square feet. The building is part of the 14-acre, mixed-used Tower Center complex, which sits directly off the Turnpike and has an on-site Suburban Transit bus terminal that provides direct service to and from the Port Authority Bus Terminal.