Klein Enterprises, a Baltimore-based developer, is marking its entrance to New Jersey with a 232-unit luxury apartment project in Belleville. Known as Silver Lake, the development on Belmont Avenue will capitalize on a location near Newark Light Rail service and other amenities in the township. — Courtesy: Klein Enterprises

For developers from out of state, building in New Jersey can be a challenge. Development often means redevelopment, frequently on sites with environmental challenges. Approvals have to come from municipalities, and often take a long time. And out-of-staters are competing with New Jersey-based companies that might have decades-long relationships with state and municipal officials, as well as local engineers and architects.

“There are so many different factors that create barriers to entry for out-of-state firms,” said Brian Whitmer, a vice chairman with Cushman & Wakefield’s East Rutherford-based capital markets team. He says many out-of-state developers see the appeal of New Jersey sites, especially properties in commuting range of New York City and large New Jersey employers, but when the developers realize that getting approvals can take years, they often walk away.

“There’s so much to navigate,” Whitmer said.

Still, there are builders that make it work — generally when there’s buy-in from government officials — and New Jersey remains a draw for many of them.

Baltimore-based Klein Enterprises is completing a 232-unit luxury apartment complex in Belleville, the first New Jersey venture for the company, which has a portfolio that’s about half multifamily and half commercial. The so-called Silver Lake project, on Belmont Avenue near the Newark Light Rail’s Silver Lake station, will also include 20,000 square feet of retail and restaurant space.

Klein was brought into the project by Black Oak Associates of Towson, Maryland, which owns the property. The site already has a supermarket, and Black Oak wanted a partner with a background in multifamily construction for the apartment portion of the mixed-use development. Klein and Black Oak had previously worked together on a Maryland project.

“It’s a good model of what development should be,” said Daniel Klein, president of Klein Enterprises. “It’s identifying what’s the highest and best use of a site where there’s existing infrastructure.”

The site is near Newark’s Branch Brook Park, famous for its cherry blossoms, and Clara Maass Medical Center. It also provides an easy commute to New York.

Klein says a key to the project’s success was the support of Belleville’s elected officials.

“What’s unique about New Jersey is that municipalities have a lot of control over the process,” he said, whereas development in Maryland is regulated mostly at the county level. “We found the leadership of Belleville to be nothing but welcoming and collaborative in trying to figure out what’s best for the town.”

The company, which recently announced a $200 million capital commitment from Almanac Realty Investors for projects along the East Coast, has been so happy with the experience that it is pursuing other opportunities in New Jersey, Klein said. It’s now in the predevelopment stage with another New Jersey multifamily project, in Metuchen, but declined to give details because it’s still early in the process.

Another out-of-state-firm, RMS Cos. of Stamford, Connecticut, made its entrance to New Jersey last summer when it acquired a 6.4-acre development site at 1255 Magie Ave. in Union Township for $6 million. It’s now about to open leasing at its 153-unit apartment complex, which has redeveloped the site of the former Schaefer Salt Factory.

“It fit all our criteria,” said Patrick Carino, who handles acquisition and development for RMS. The 25-year-old firm in recent years has diversified beyond Connecticut to the rest of the New York metropolitan area, with a focus on building midrise luxury rental buildings with 100 to 200 units. Union Township had designated the factory site as an area in need of redevelopment, and it was zoned for apartments, Carino said.

The project is part of a wave of apartment construction in Union Township, as builders bet on demand for homes near the township’s transportation networks, including an NJ Transit commuter train station and the Garden State Parkway and Interstate 78.

Although this is RMS’ first venture into New Jersey, Carino said it’s not that different from Fairfield County in Connecticut.

“We’ve always been a suburban developer, so that strategy has worked for us,” he said. The Union Township apartments have drawn interest during the pandemic, as many tenants left New York City and other densely populated areas. The complex offers outdoor space, including a courtyard with a pool. “We’re marketing it as an urban oasis,” Carino said.

Because the process went smoothly in Union Township, RMS is looking for other opportunities in northern New Jersey, believing there will be continued demand for luxury rentals among millennials, empty-nesters and others who don’t want the responsibilities of homeownership, Carino said.

Whitmer said that, in general, many developers prefer to stay in their own states, in part because they have reputations and relationships there. They know the local engineers, architects and land use lawyers. And once they’ve done a few successful projects, the developers get a reputation in the area, which can make for easier approvals.

“If you have no history [in another state] that’s definitely a higher hurdle,” he said.

When out-of-state companies venture into New Jersey, municipalities’ attitudes toward development can make all the difference, Whitmer said. In many towns, he said, “it’s a struggle to get approval for redevelopment.”

“But some towns have gotten very good at flying the flag that says, ‘We’re open for business,’ ” he said. An out-of-state company working in such a town “can be very successful.”

Still, it’s important to recognize that developments that are right for one place may be all wrong for another, said Jon Cortell of Larchmont, New York-based L+M Development Partners Inc.

“We may never be a local New Jersey developer, but we are very comfortable with the idea that development is local,” said Cortell, an L+M partner and managing director of Northeast markets. “Our road has been a road of learning that communities want development, but they would like development that is reflective of their community.”

The firm, which is most active in the five boroughs of New York City, has kept that in mind since it began its first New Jersey project in 2012. The development yielded a two-building, 72-unit apartment complex at 50 and 55 South Essex St. in Orange, bringing affordable housing and a craft brewery to the former site of an abandoned warehouse and coal storage facility.

Cortell said it’s an example of how New Jersey municipal officials have welcomed mixed-income housing and creative approaches to redevelopment, noting that L+M likes projects “where the community wants to have a hand in it, and wants their government to be actively involved.” That was also true with perhaps its highest-profile project in the state, the redevelopment of the former Hahne’s department store, a Newark landmark.

Additionally, L+M has been chosen as the conditional redeveloper, in partnership with Toll Brothers, for the mixed-use Broad Street West project in Summit. And it recently announced a collaboration with University Hospital in Newark to build 78 affordable apartments under a New Jersey Housing and Mortgage Finance Agency program that links hospitals with residential developers to provide affordable and supportive housing.

“I’m only interested in those deals that matter,” Cortell said, “and if it matters, it’s going to involve the government.” 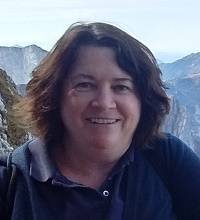 Kathleen Lynn, a former reporter for The Record of Bergen County, is a freelance writer based in New Jersey.