John Schreiber, CEO and president of the New Jersey Performing Arts Center, spoke Wednesday during the opening of One Theater Square in Newark. — Courtesy: Dranoff Properties/NJPAC

There is no disputing that One Theater Square was more than a decade in the making.

But as John Schreiber can tell you — and as he acknowledged to former Gov. Thomas Kean on Wednesday — it was more like three decades.

“Thirty years ago or so … you had a big idea and you had the grit, the foresight and the creative and practical vision to make that idea come true,” said Schreiber, the CEO and president of the New Jersey Performing Arts Center in Newark. “And not only did you lead the building of this amazing place, where hundreds of thousands of people have a great time every year — and a zillion kids get educated in the arts — you also had the foresight to save about 15 acres around us.

“That foresight resulted in this wonderful building and lots of other things that are on the burner for the next five to 10 years — the development, as the mayor says, of a true arts and education and entertainment district. So thanks for that vision.”

Both Schreiber and Kean were among those on hand late Wednesday morning to celebrate the opening of One Theater Square, a 23-story residential tower across the street from NJPAC. Developed by Dranoff Properties, the project is not only Newark’s first ground-up luxury high-rise in more than 50 years, but the first tangible piece of a plan to develop the property around the 21-year-old performing arts venue.

Already, renters have responded by leasing 100 of the building’s 245 apartments.

“One Theater Square is the building that Newark deserves and the one that will allow it to take its place as a world-class city,” said Carl Dranoff, CEO of Dranoff Properties. “It offers luxury living to rival New York City, Jersey City, Hoboken or any place else, for that matter. And that is why we’re seeing tremendous interest in this building.” 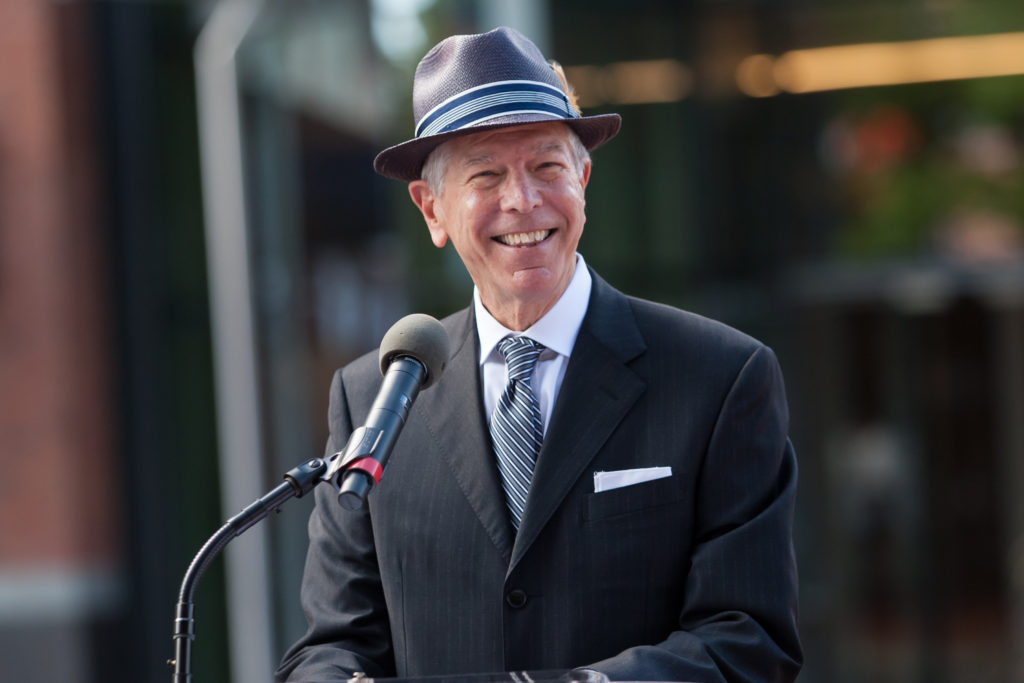 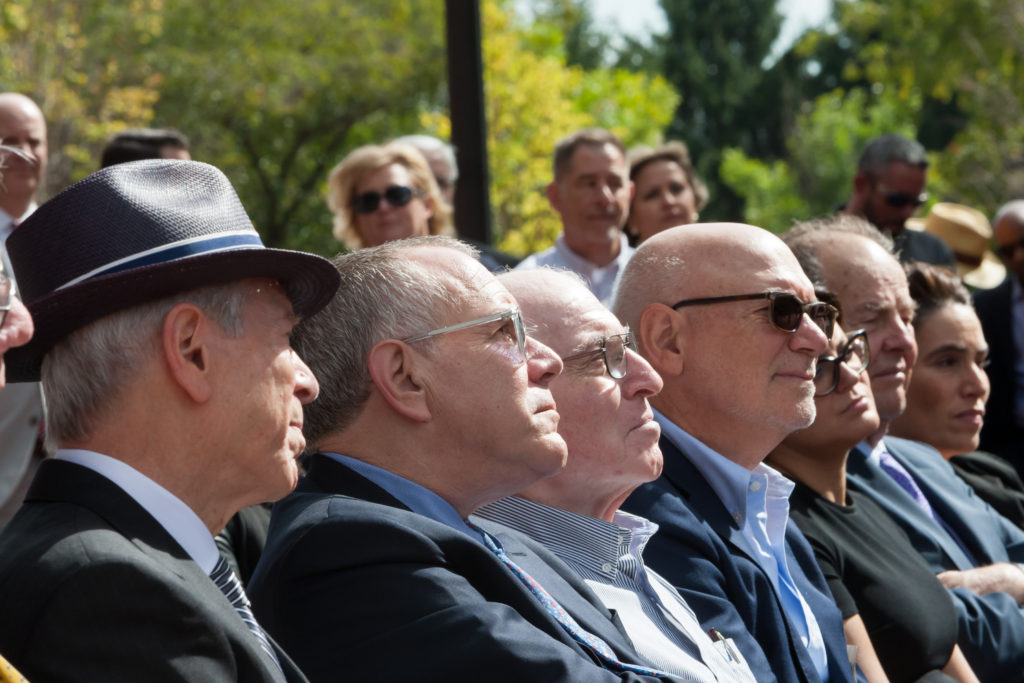 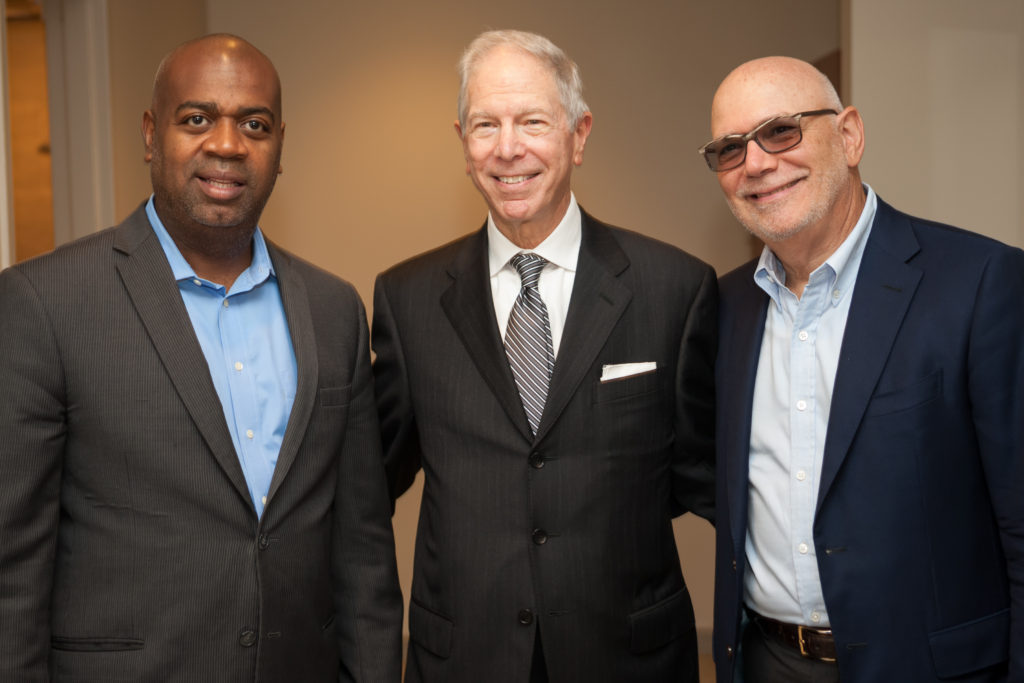 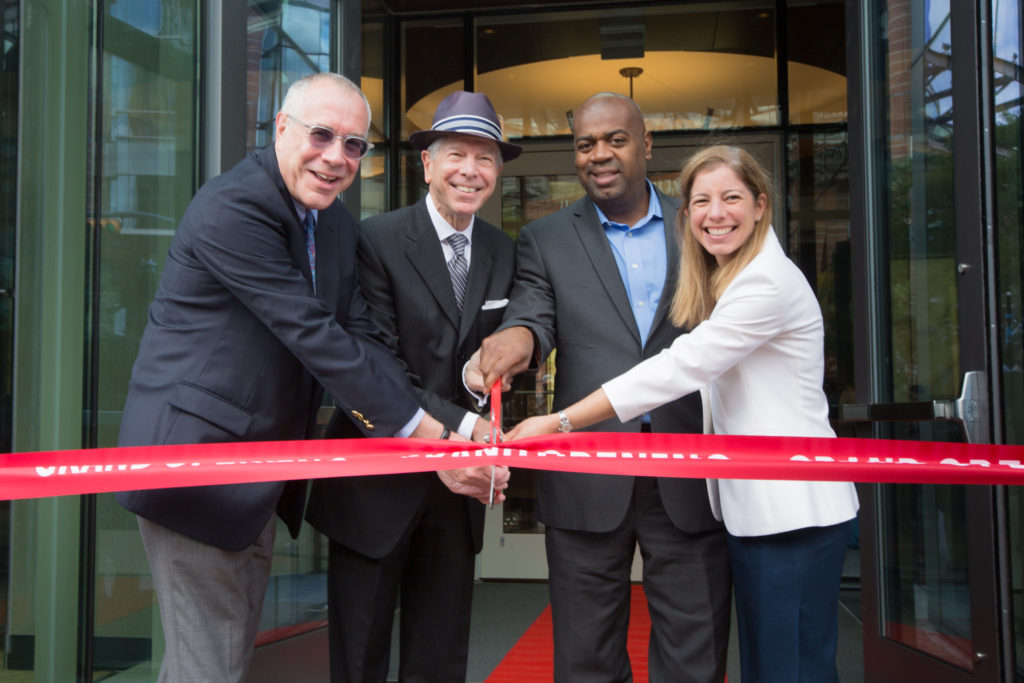 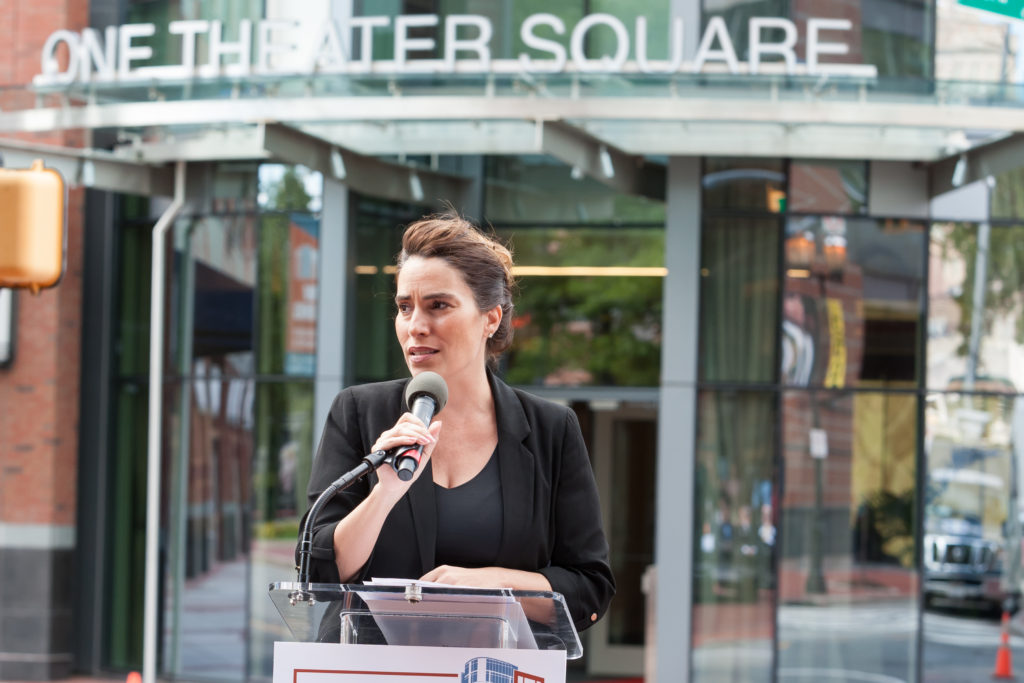 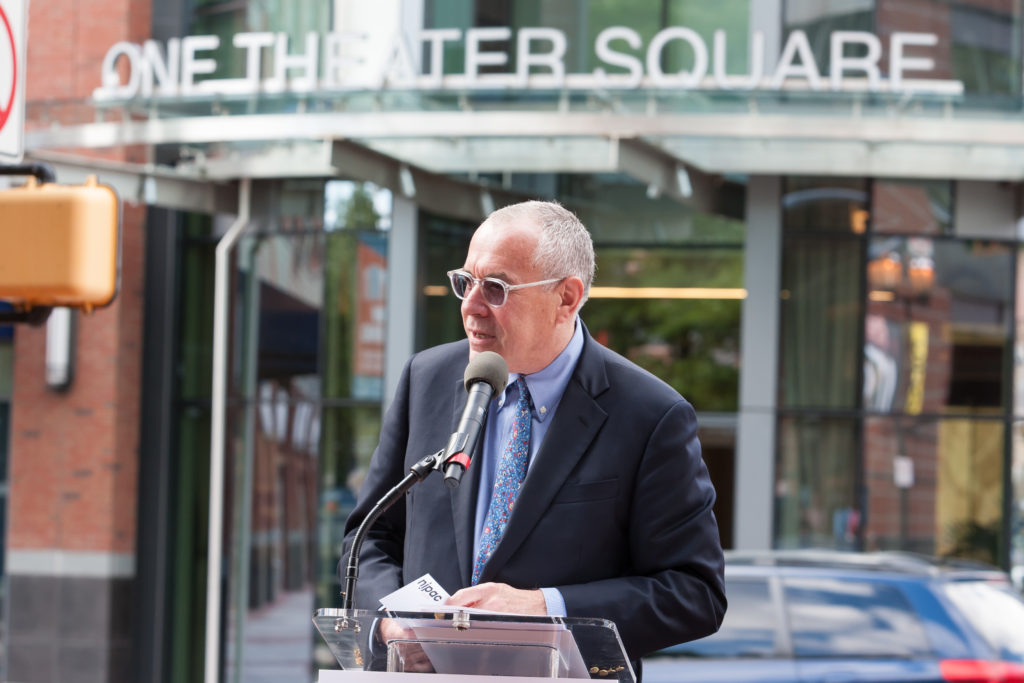 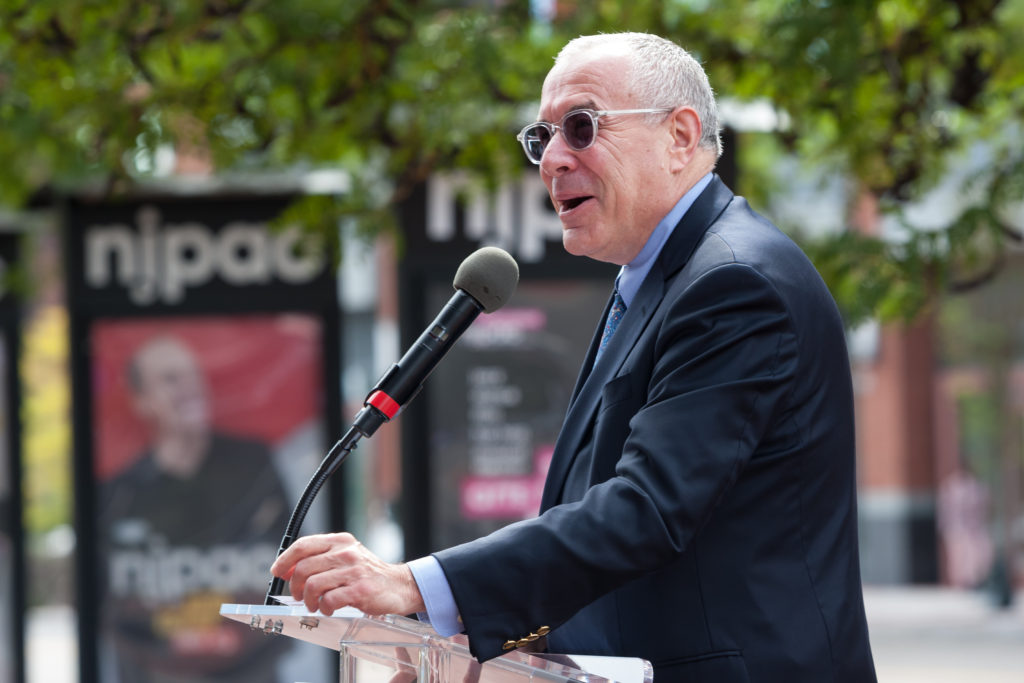 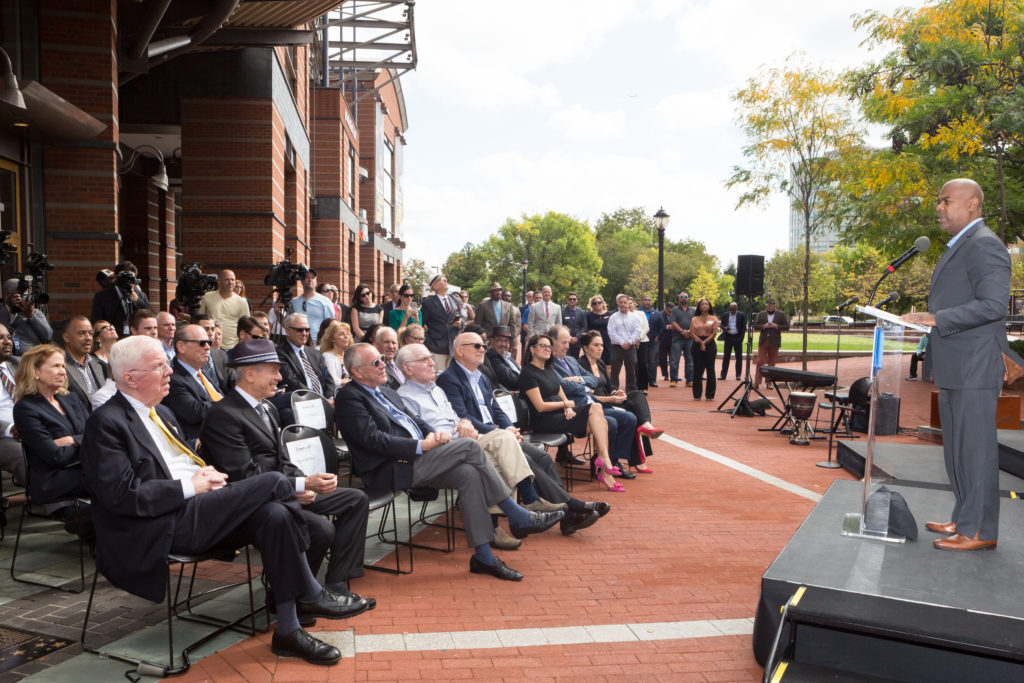 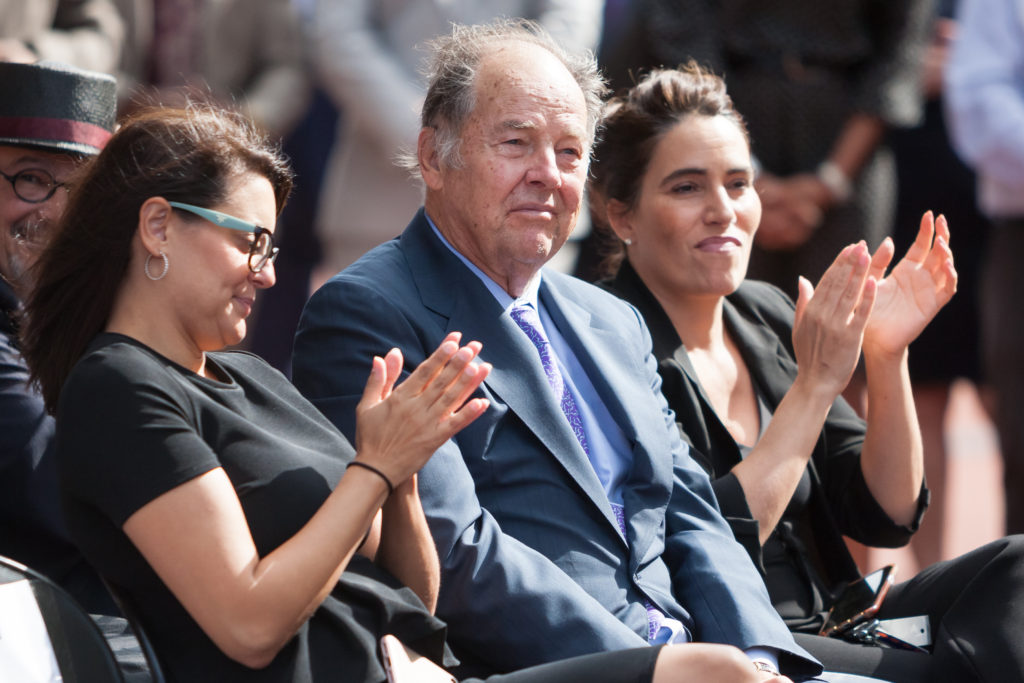 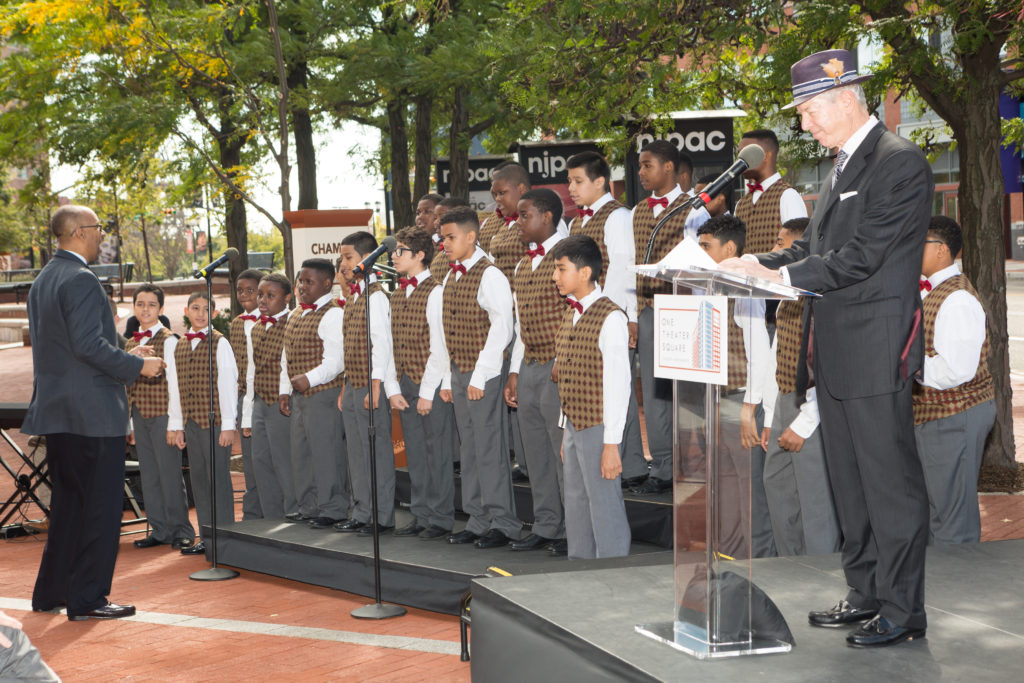 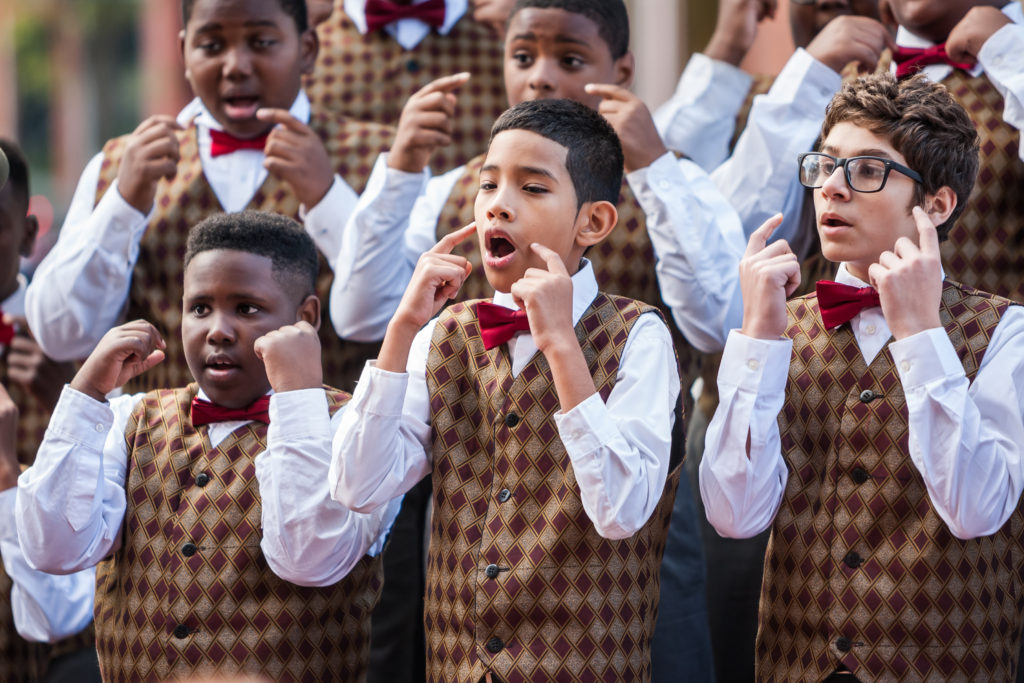 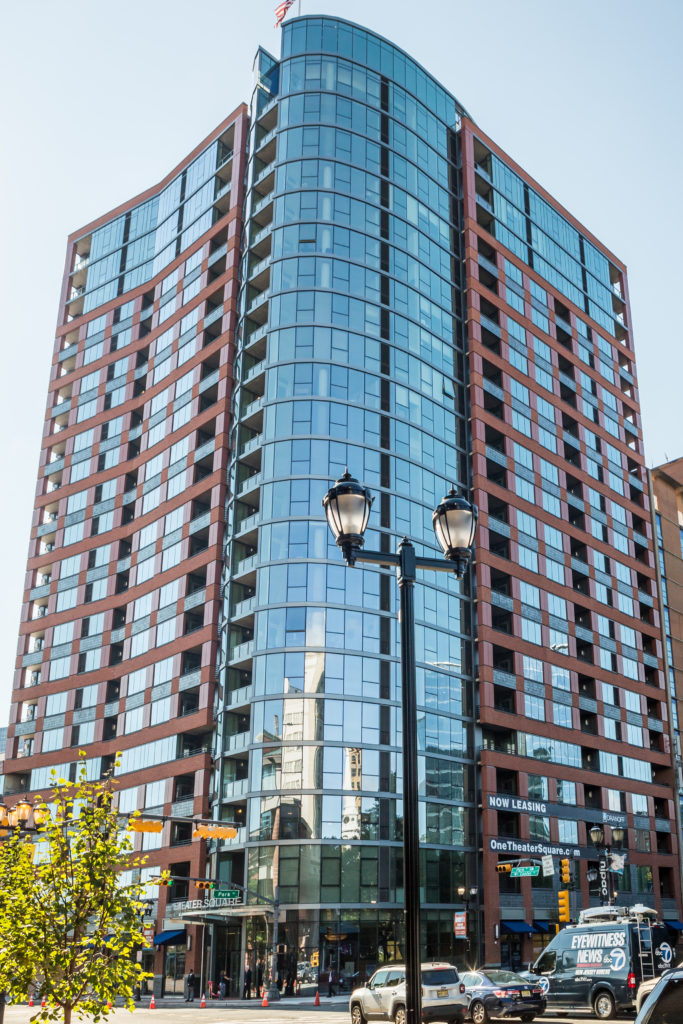 The milestone comes 11 years after NJPAC first issued a request for proposals for the mixed-use project, which was stalled by the real estate downturn and other delays. But the plan came back to life in fall 2016, as stakeholders completed a financing package that included a grant from the city and a $33 million state tax credit, along with financing from Prudential Financial, Fifth Third Bank, Dranoff and NJPAC.

The long-awaited groundbreaking took place in November 2016 at Center Street and Park Place, giving way to a striking glass and brick design. Today, it is home to 221 market-rate apartments and 24 designated as affordable for renters earning less than $30,000 annually, along with 12,000 square feet of ground-floor retail space and a 285-car garage.

Renters at One Theater Square also enjoy sweeping views of the New York City skyline and the surrounding area, plus a long list of amenities and access to the growing offerings immediately around it in downtown Newark.

As Newark Mayor Ras Baraka said Wednesday, the project “is adding to what Newark is becoming.”

“The fact that 100 people have already moved in is proof positive that Newark has moved in an incredible direction at a very, very tremendous speed that people did not expect,” Baraka said. “Not only for the building to go up, but for people to be inside of it so fast, is a testament to what is going on in this city, to the great leaders that we have here, to the folks that are working around the clock collaboratively to make Newark a destination city.”

Dranoff, Schreiber look ahead after setting the stage for NJPAC development