Montwards LLC has agreed to sell an industrial property in Columbus, Ohio, that is home to a newly built, 300,000-square-foot Amazon fulfillment center, following the firm’s redevelopment of a property that it first acquired nearly two decades ago. 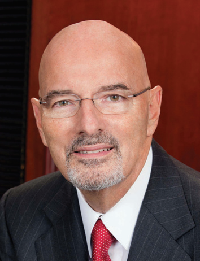 The real estate firm, owned by Paul V. Profeta and based in Roseland, completed the transaction some four months after delivering the facility at 510 Sunbury Road. Profeta now plans to use the proceeds to buy an industrial site much closer to home — in central New Jersey — as part of a deal that could bring much-needed space to the New Jersey Turnpike corridor.

“Although I’ve developed properties all over the country — and am currently developing a 155,000-square-foot warehouse in Salem, New Hampshire — I prefer to keep my activities closer to home,” said Profeta, president of Paul V. Profeta & Associates. “The demand for logistical space in northern and central New Jersey is significantly larger than secondary or tertiary markets like Columbus, Ohio, leading to a market need for buildings of 1 million square feet or greater.”

Profeta, through Montwards LLC, acquired the Columbus property in 2003 as part of a 1031 exchange, using the proceeds from a shopping center sold in Fort Collins, Colorado. The site at the time was home to a fully leased, 260,000-square-foot warehouse sitting on 12 acres of a 29-acre lot. The 17 acres of vacant land were just minutes from downtown Columbus.

Unisource, a division of the paper manufacturer Georgia-Pacific, occupied the industrial building on a 15-year, triple net lease, but did not renew when the deal expired in 2018. Montwards then put the warehouse up for sale or lease, while simultaneously moving to develop the 17 vacant acres in order to capitalize on its proximity to the downtown.

“Brokers were discouraging me because the vacant land was not located in a ‘warehouse neighborhood’ and there were no other warehouses around,” Profeta said. “I thought the fact that we were less than a mile from downtown Columbus and within the city limits, plus being two blocks from Interstate 670 … was strong enough reason for putting up another warehouse.”

He noted that, prior to 2018, the vacant land had been included in the leasehold for Unisource, which would not allow him to develop the site unless he gave them a credit in the lease payments or a capital payment. But after Unisource failed to renew, Profeta tapped a project team that included Red Architecture + Planning, Mannik Smith Group as its engineer and Pepper Construction as the general contractor for a speculative 300,000-square-foot facility.

In March 2020 — not long after the team cleared the site, poured the foundation, put up the steel and started bolting panels to the steel structural members — Profeta received an unsolicited letter of intent from Amazon. His firm would spend the next six months negotiating the lease with the e-commerce giant before ultimately securing a 10-year commitment.

As part of the transaction, Amazon paid Montwards for the existing 260,000-square-foot building in order to have the latter raze that structure and an additional sum to pave the way for 700 parking spaces for vans, which were added to the project’s original 229 car spaces and 58 truck docks. Profeta added that his Montwards team ran electric wires under the asphalt and installed connections in each van space to prepare for when Amazon converts its fleet to electric power.

“Amazon needs an enormous amount of parking,” Profeta said. “They have to park all the vans overnight and also need an equal number of spots for the van drivers to park their own personal vehicles.”

And while Profeta said the negotiation with Amazon “was the most extensive, involved leasing exercise I have experienced in my 45-year commercial real estate career,” his dealings with local officials in Columbus were decidedly smooth and simple. He noted that the city is “very pro-business” and has a “one-stop shop” for approvals. To that end, a developer must provide a set of plans for every agency that has jurisdiction over the planning and approval process, giving way to a meeting some two weeks later.

“Any agency that is not present at the ‘one-stop shop’ meeting is deemed to have given its approval,” Profeta said. “Montwards received complete approval at one meeting in an hour and a half and a building permit.”

That is a far cry from the entitlement process in New Jersey, which he estimated could take between two and five years for a similar project, depending on the municipality.

Still, Profeta now has his sights set on a project in his home state. His company has agreed to sell the Columbus property to an institutional buyer for what Profeta describes as “a relatively low cap rate” and will leverage those proceeds into another like-kind exchange under Section 1031 of the U.S. tax code. Another of Profeta’s entities is now in contract to buy a site along the New Jersey Turnpike, in Central Jersey, where industrial vacancy has hovered around record lows in recent years.

Tom Nuara of Resource Realty brokered the sale to Profeta’s firm, which is now in due diligence. Meantime, the municipality has converted the property to a redevelopment area.