In a neighborhood that was once slated to house 2.5 million square feet of commercial space, the strength of New Jersey’s luxury multifamily sector is on full display.

Gus Milano has seen it firsthand. In Weehawken, Hartz Mountain Industries has leased some 50 percent of the new three-tower, 573-unit residential project known as Hamilton Cove, the latest piece of its iconic Lincoln Harbor development along the Hudson River.

It’s all the more gratifying to Milano, the firm’s president and chief operating officer, for a building that opened last spring as the pandemic was raging across the region.

Hartz is building new momentum all across the 60-acre, master-planned Lincoln Harbor neighborhood. After years of limited development at the site, the developer has pivoted from a plan that was largely focused on office space, paving the way for what is now a growing residential destination with the capacity for some 2,300 apartments.

The company has delivered more than half of those units since 2014, including more than 800 in the last two years alone, along with a popular Whole Foods grocery store that opened in 2019. Milano and his team are now preparing for what comes next, including hundreds of additional homes and a new restaurant that is slated to open this summer.

“The site got active quickly and it’s doing very well,” Milano said. “We were more focused on the commercial component, and as the market and the waterfront evolved, it became a site that lent itself more to residential than additional commercial.”

The veteran executive, who joined Hartz in 1981, notes that the original zoning for Lincoln Harbor came in 1984 and provided for 2.5 million square feet of commercial space, 100,000 square feet of retail and restaurants, a marina and 300 residential units. The plan would kick off a decades-long effort to revitalize Weehawken’s industrial waterfront, tapping into a location directly across from Midtown Manhattan and just outside the Lincoln Tunnel.

The Secaucus-based firm launched the development with the opening of 1000 and 1200 Harbor Blvd., a well-known two-building, 1 million-square-foot complex long occupied by UBS Financial Services Inc., in the late 1980s. Then came a 347-key Sheraton hotel in the early 1990s, but Hartz held back on other high-profile projects in the two decades that followed.

It was around 2010 that the firm and town officials, led by Mayor Richard Turner, began the process of rezoning Lincoln Harbor to account for the changing market conditions, creating an amended plan that allowed for 2,300 residential units at full build-out in addition to the existing commercial space.

In 2014, Hartz opened the 589-unit luxury apartment complex known as The Estuary.

The firm built on that momentum in early 2019 with the opening of Harbor 1500, a high-end, 236-unit apartment building that stretches along a pier into the Hudson River, in partnership with The Maxal Group. Later that year, it opened the long-awaited Whole Foods store. 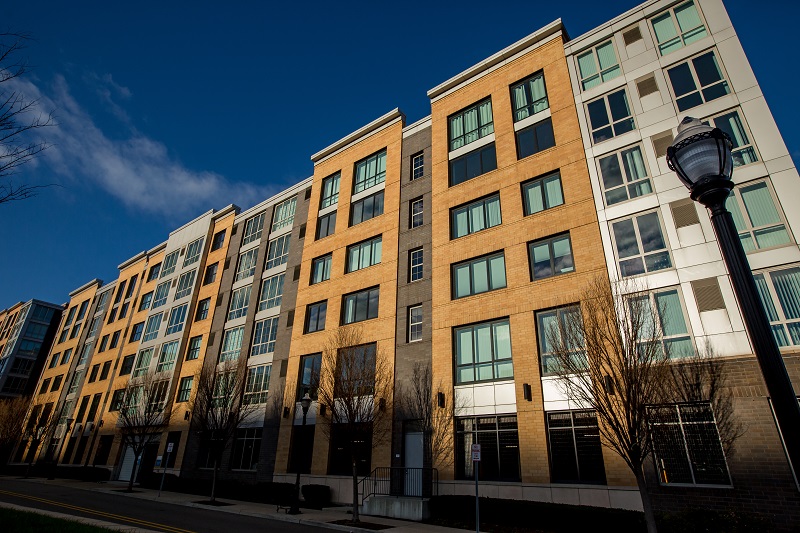 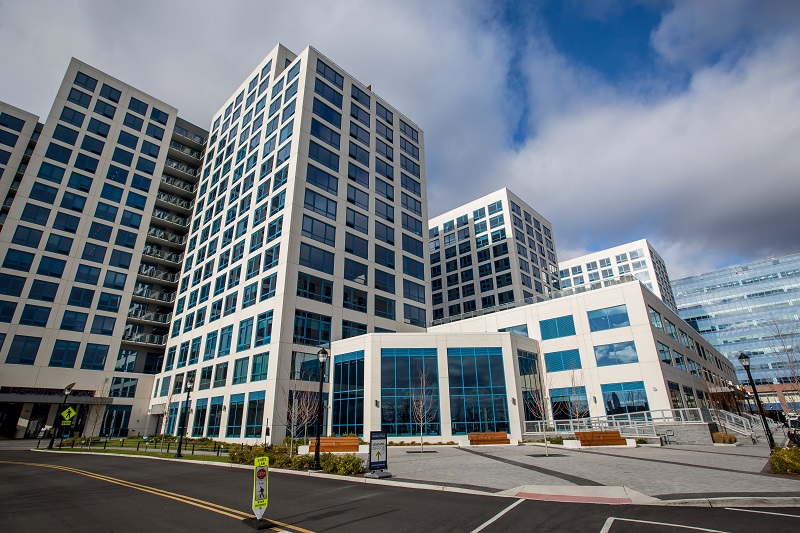 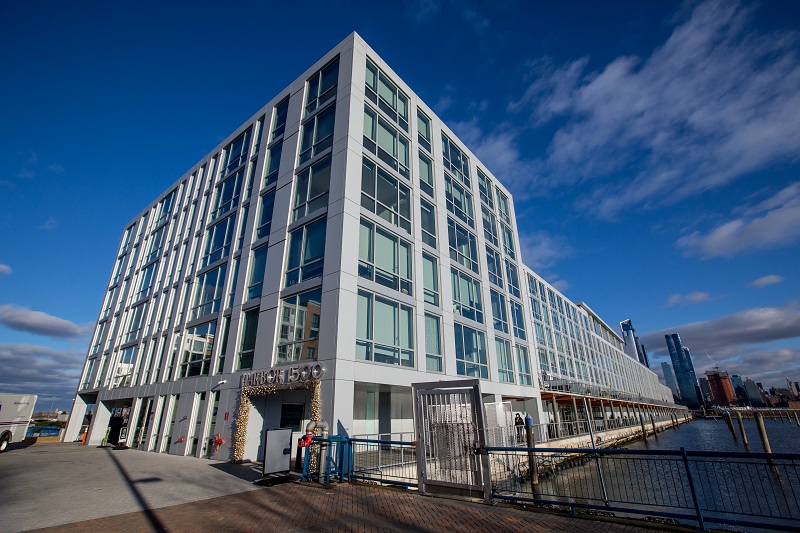 After years of limited development at Lincoln Harbor, Hartz Mountain Industries has pivoted from a plan that was largely focused on office space to what is now a growing residential destination with the capacity for some 2,300 apartments. Two of its recent residential projects at the site include The Estuary, a 589-unit luxury apartment, and a 236-unit building known as Harbor 1500.

Both projects have given way to the newest addition to Lincoln Harbor, the 573-unit Hamilton Cove project. Designed by Marchetto Higgins Stieve Architects, the sprawling complex at 800 Harbor Blvd. has some 60,000 square feet of amenity space, including an upscale fitness center that Milano says was “built to a commercial gym standard.”

“It was a significant project,” Milano said, while praising a project team that also included CetraRuddy and Katerra. “Everything went perfectly well through construction.”

Hartz had leased nearly 270 apartments at the property by the end of 2020, despite launching in April at the onset of the COVID-19 outbreak. Adding to the uncertainty was the fact that the firm opted to fast-track the property’s three separate phases within the span of about 18 months.

“Maybe, given the circumstances, we would have been better off possibly postponing a tower or two,” Milano added. “But from a construction perspective, we felt the market was deep enough that we could absorb the units and it’s proving right. It’s also much less disruptive to the occupants to complete the project quickly and get out.”

He believes Whole Foods has been “a major driver in leasing and occupancy” at Lincoln Harbor, calling it “probably the best amenity you can have on that site.” The enclave also offers 15 acres of open space, ferry and light rail service and several upscale restaurants. And it will have another destination as soon as midyear with the opening of a new two-story Blu Alehouse restaurant at the space formerly occupied by Houlihan’s.

With those amenities taking shape, the developer still has several hundred residential units left to build across several parcels at Lincoln Harbor. One such project, a planned 259-unit development south of Hamilton Cove, received planning board approval last fall after months of wrangling and litigation over the height of the two-building development.

Milano expects the firm to start construction “when the world stabilizes.”

Hartz is also fortunate to have a continued, steady presence at the property’s iconic office complex, he said. He noted that UBS continues to lease roughly three-quarters of the 1 million-square-foot asset, serving as its anchor as the landlord markets the remaining space.

“UBS recently extended their commitment for a very long term on the site, so we’re delighted that they’re going to be there for another generation,” Milano said. “They’re committed to it and continue to make improvements to the asset, so that’s very stable.”

The transformation of Lincoln Harbor has come amid a broader redevelopment of the north Hudson waterfront, which spans hundreds of acres. Turner, Weehawken’s mayor, said as much in June 2017 at the groundbreaking for Whole Foods, crediting Hartz Chairman Leonard Stern for seeing the potential of abandoned industrial land in the early 1980s and noting that he “started the revival of the waterfront and particularly brought Weehawken back.”

Turner has also earned recognition for his role in the decades-long redevelopment and his ability to work alongside builders such as Hartz and Roseland Property Co.

Survival skills honed in 2020 lead to a better-prepared 2021