“Even before the pandemic hit in 2020, the global economy was already in a precarious place,” according to global economist Dambisa Moyo, Ph.D., at NAIOP’s recent I.CON East event in Jersey City. Many of the largest developed and developing countries were already experiencing low, slow or even no growth. In this sense, the COVID-19 crisis served as a catalyst, accelerating threats to the global economy. Moreover, several headwinds are exacerbating these challenges: (1) technological advances and automation leading to worker displacement and a jobless underclass; (2) weakening demographics, in terms of a shrinking population and the quality of the workforce; (3) worsening income inequality (the eight richest people have more wealth than 50 percent of world’s population); (4) scarcity of natural resources and climate change concerns; and (5) unsustainable debts, burgeoning entitlement programs and declining productivity. 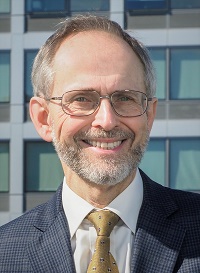 She said that there are several geopolitical trends impacting the world’s economy that may seem “unprecedented” but have actually occurred earlier in history. Moyo believes real estate as an asset class will remain attractive as a long-term investment, but she has a “bearish” outlook on the global economy and that many of the issues we are now facing, such as inflation and a pandemic, should not have come as surprises.

Moyo had observed many of these issues in her 2018 book, The Edge of Chaos, but the general consensus then was we had time to address looming disruptions such as climate change, funding entitlement programs, inequality, energy, slow growth and labor issues. However, the pandemic accelerated many of these issues and now we are faced with soaring oil prices, for example, which Moyo predicts will reach $200 a barrel.

Moyo suggested history can help us understand the current situation in the U.S. and what the future may hold. She described the similarities between the U.S. during the Gilded Age, from 1870 to 1900, and the decades following World War II, from 1950 to 2008. Both were periods of high economic growth, globalization, small government, open trade, large capital flows and high immigration. However, the decades following the Gilded Age (e.g., The Great Depression) and the post-war era (e.g., The Great Recession) experienced shrinking economies, de-globalization, rising inequality, stock market crashes, anti-immigration sentiment and global pandemics such as the Spanish flu, SARS and COVID-19.

Since 2008, we have seen protests on a massive scale, concerns about worker participation, massive central bank balance sheets and, more recently, inflation and supply shortages. Moyo predicts this climate of uncertainty will last for several more years with inflation eventually settling at around 5 percent. During this period of unease, Moyo believes governments will increase regulation, corporations will continue to privatize, the supply chain will remain tightened and de-globalization will continue.

However, she does see a silver lining. In the coming decades, Moyo believes the U.S. will re-engage with China due to its advancements in technology and science. She sees more technology being used to solve structural problems, especially in public policy areas, such as education and health care. Quantum computing will make remarkable advances. And lastly, she sees capital support and public policy continuing to favor commercial real estate for its returns on investment. Moyo is also bullish on CRE for its ability to adapt to climate change and energy needs, while creating demand for infrastructure, which will help grow the economy and improve standards of living. She believes that tenants will still want to lease in cities, as she believes that WFH (work from home) will not stick, and government wants to ensure that infrastructure is used.

Although Moyo sees more trouble ahead, she remains optimistic about the transformative power of technology, noting some of the greatest innovations have been developed during periods of unease. One way to avoid repeating our mistakes is to call upon government and corporate leaders to use their expertise to systematically plan for reoccurring crises.

Despite the worsening economic conditions and the potential for a recession in the near future, the April 2022 edition of the NAIOP CRE Sentiment Index reveals that sentiment among CRE practitioners in the U.S. is down only slightly from fall 2021, and even suggests slightly improving conditions for the industry over the next 12 months. The NAIOP CRE Sentiment Index is designed to predict general conditions in the industry over the next 12 months by surveying industry professionals on the future conditions of their projects and markets. The survey includes questions about jobs, space markets, construction costs, capital markets, rents, and other real estate development fundamentals.

The current index is 53, down slightly from 56 in fall 2021 and remarkably close to the level one year ago (54). Just prior to the pandemic, the index was 57, before sinking to a low of 45 in March 2020. Among the key findings, the most negative ones centered on extreme concerns about the effect of rising interest rates on capital markets and real estate valuations; and the continued skyrocketing costs of construction labor and materials. However, these concerns appear to have been muted by an increase in respondents’ optimism about rents and employment within their own firms. The 348 survey respondents did, however, expect a slight deterioration in general industry conditions over the next 12 months, based on other more subjective factors, e.g., macroeconomic conditions.

Not surprisingly, the Conference Board reports that U.S. consumer confidence slipped to its lowest level in 16 months as persistent inflation and rising interest rates have Americans more pessimistic about their future than they’ve been for the last 10 years. Nevertheless, amidst all this uncertainty, Gov. Phil Murphy and the Democrats that control the Legislature have finalized an agreement on a $50.6 billion state budget for the 2023 fiscal year. This is a whopping increase of 12 percent over last year’s approved budget. The 2023 budget is fueled by the unprecedented surge in tax revenue this year of $9 billion resulting from short-term factors including federal stimulus and record high inflation that boosted tax collections.

Given the ever-growing uncertainties, pessimism and market correction that is around the corner, New Jersey government really should approve a two-year budget plan. It makes more sense.

(Note: Portions of this article were obtained from the June 9, 2022, blog post, Economic Drivers That Will Define the Post-pandemic World by Jennifer Lefurgy, Ph.D.)

Michael McGuinness is CEO of NAIOP New Jersey and has led the commercial real estate development association since 1997. NAIOP represents developers, owners, asset managers and investors of commercial, industrial and mixed-use properties, with 830 members in New Jersey and over 19,000 members throughout North America.