She would be hard-pressed to find any disagreement from the crowd before her.

“She led that agency for virtually two decades until her name became synonymous with EDA,” said Short, the CEO of the New Jersey Builders Association. “She was a pioneer in so many ways — an accomplished, professional woman with an incredible, strategic political and business acumen that guided her through a tremendously successful and noteworthy career.”

It’s why Short said she was humbled to receive an award named in Franzini’s memory, one of three honors that were handed out last week at the Commercial Real Estate Women of New Jersey’s 35th anniversary celebration. A host of New Jersey development executives and professionals turned out for program at The Palace at Somerset Park, where the organization marked the milestone while hailing the successes of the industry’s female leaders.

“CREW New Jersey has always been focused on the advancement of women in the commercial real estate industry,” said Jennifer Mazawey, a partner with Genova Burns and the current organization’s chapter president. “CREW New Jersey is one of 70 chapters in the CREW network and throughout our history we have been fortunate to have outstanding leaders who have exemplified that mission.” 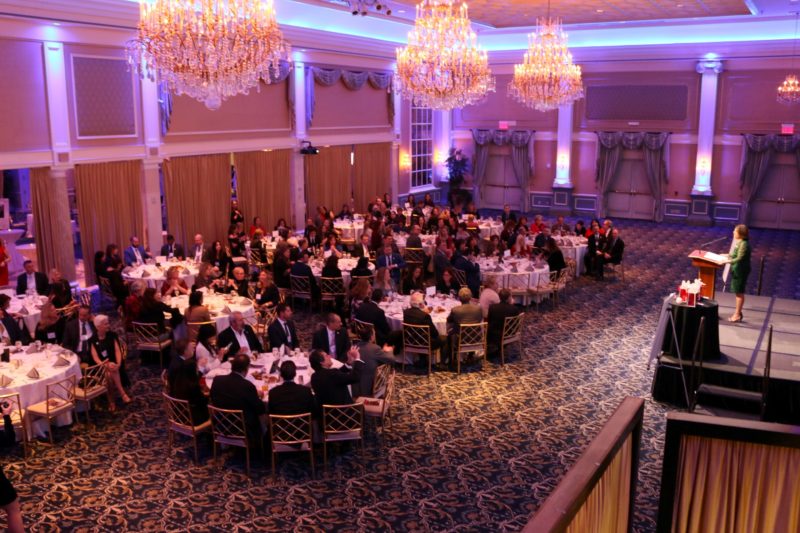 Those leaders and past presidents have included Susan Karp and Meryl Gonchar of Sills Cummis & Gross P.C., who presented the awards to Waeger and Short, respectively. Both highlighted the support that CREW NJ members provide to one another, as Karp did when she recalled the early part of her career and the start of a 25-year friendship with Waeger.

“You know what it’s like when you’re starting out. You’re struggling to learn quickly and in the interim you’re pulling out any tool you can from your bag to add value,” Karp said. “But from the beginning, Anne validated me and she did it through her actions.

“She validated me when she gave me the same eye contact in a meeting as she gave to any senior lawyer in that room. She validated me by giving me high-level work without any concern that I would lack the confidence to get the job done,” she added. “She validated me by being my sponsor throughout those 17 years, which included getting me involved in CREW New Jersey, an investment with enormous professional return.”