Seven tenants have leased a combined 90,000 square feet at a Parsippany office campus, in a series of newly announced transactions by Cushman & Wakefield.

The brokerage team, which represents P3 Properties at 300 Interpace Parkway and One Upper Pond Road, said the deals include commitments by RF Industries, a manufacturer of electronic hardware used in wired and wireless communications networks, and Extremity Medical, a medical device manufacturer. They will occupy a combined 60,000 square feet at what’s known as The Grand, a two-building, 550,000-square-foot complex less than a mile from Interstate 80, Route 46 and Route 202 and a mile and a half from Interstate 287.

C&W’s Charles Parmelli, William O’Keefe and Bill Brown completed the transactions, plus an additional 30,000 square feet of new deals and renewals by five other tenants.

“We are thrilled to welcome our new tenants to The Grand, which recently completed major capital improvements resulting in the addition of new state-of-the-art amenities both inside and outside the property,” Parmelli said. “The Grand’s extensive renovations have cemented the property as not only a best-in-class headquarters office location but also a space for emerging technology companies with lab and R&D operations like RF Industries. The building’s flexible zoning, freight elevators and loading docks combined with top-tier amenities creates a high-quality and functional environment that exists in very few office locations.” 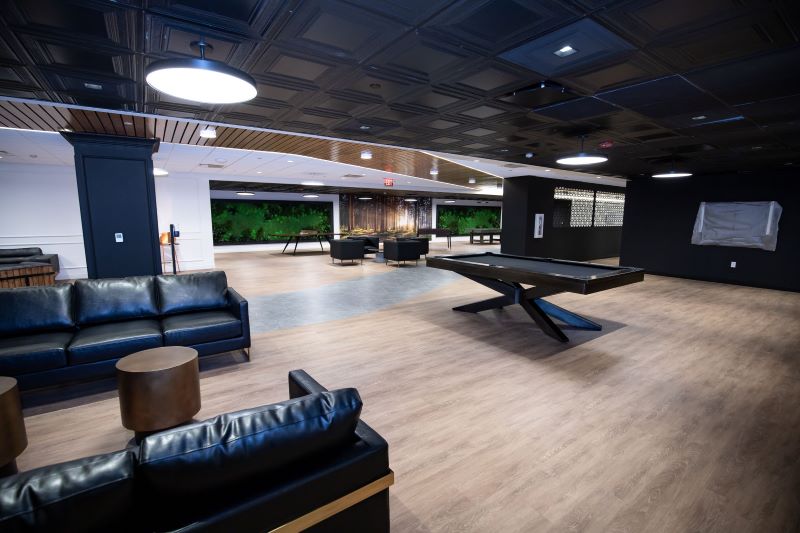 Recent updates include a new tenant lounge dubbed GRAND Central, which contains gaming areas, a café, shared conferencing and training rooms and collaborative meeting spaces, C&W said. The property also has a large fitness center, an outdoor dining terrace, a new waterside deck known as The Grove and a two-tiered pond with a pergola and seating.

“We recently concluded a multimillion-dollar modernization program to provide our tenants with a best-in-class office experience,” said Harvey Rosenblatt, CEO of P3 Properties. “With the addition of our new tenants and our commitment to emerging technology and lab companies, The Grand remains at the forefront of innovation.”