Steven Denholtz, CEO of Denholtz Properties, says his company has embraced Red Bank since moving its headquarters there in 2019. The development firm’s latest addition to the borough is The Rail at Red Bank Station, a new 57-unit luxury apartment building at 118 Chestnut St. — Photo by Aaron Houston for Real Estate NJ

There were skeptics, as Steven Denholtz recalls, but he has taken the long view about his company’s recent move to Red Bank’s lesser-known west side neighborhood.

He has also taken it in stride.

“In retrospect, you’re an idiot or a genius,” Denholtz said. “It depends on what happens.”

Nearly three years later, Denholtz Properties has undoubtedly found a home in the municipality’s west end. It has also taken another key step in its plan to help jumpstart the neighborhood: In mid-March, the firm launched preleasing at a new 57-unit luxury apartment building at 118 Chestnut St., adjacent to its headquarters and to NJ Transit’s Red Bank station, making good on a plan that began around 2016.

In the meantime, the area has gained new amenities such as a high-end food market that opened in 2020, as progress continues on other development projects, paving the way for what Denholtz expects will be continued investment in the popular Monmouth County borough.

“What we wanted to do here — I think we’ve accomplished,” said Denholtz, whose firm has invested some $50 million in the municipality. “We wanted to help reactivate the west side of Red Bank and, just over the time we’ve been building, it’s amazing to see what’s going on. People are really excited about it.”

SLIDESHOW: The Rail at Red Bank 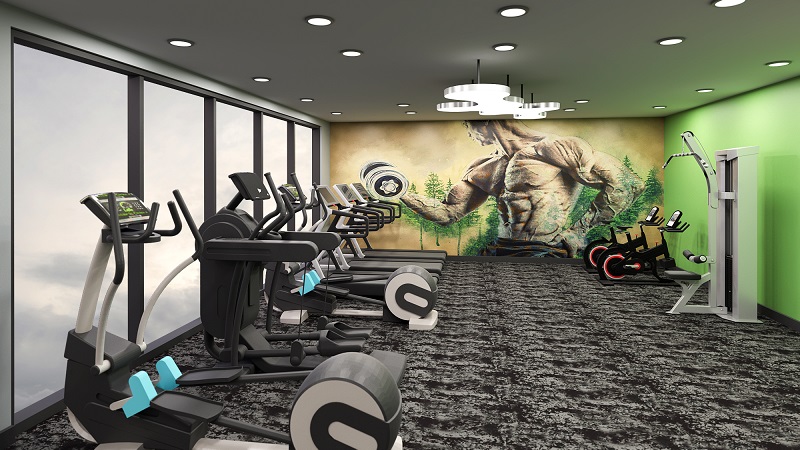 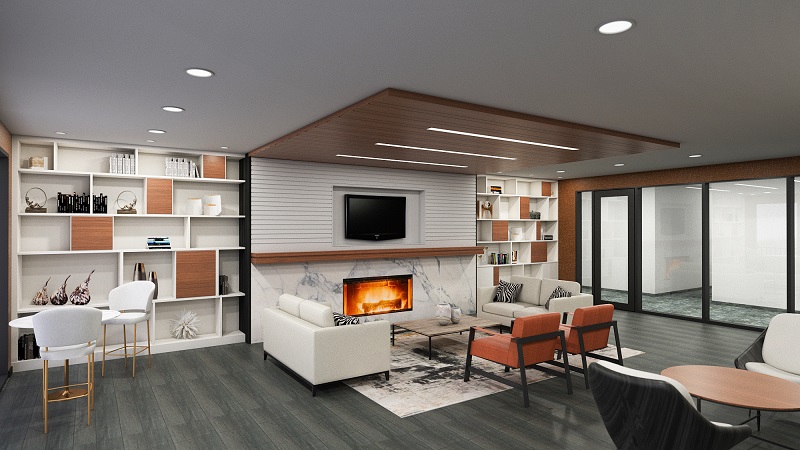 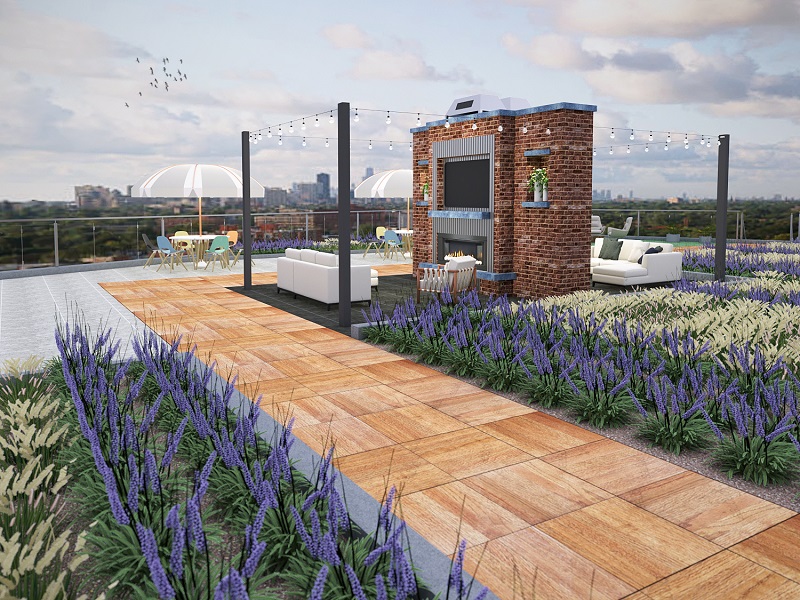 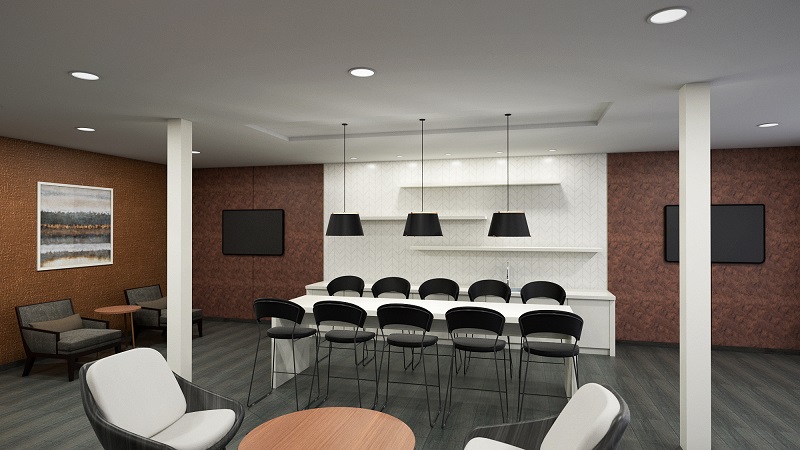 The Rail at Red Bank Station, as the new apartment building is known, is indeed part of that excitement. Designed by Rotwein + Blake, the four-story structure has revitalized the former site of two shuttered restaurants and a vacant lot at Bridge Avenue and Chestnut Street, about a five-minute drive from the Garden State Parkway and a 15-minute walk from the downtown. And it has risen alongside the developer’s newly renovated, 30,000-square-foot office building that houses more than 60 of its employees, most of whom relocated from its former headquarters in Matawan.

Denholtz said the pandemic slowed construction, but with leasing now underway, The Rail could welcome residents as soon as early May. His firm hopes to draw renters with the building’s spacious, upscale homes and amenities such as three outdoor terraces, a lounge and a fitness center, plus immediate access to NJ Transit’s North Jersey Coast Line.

The Rail also has some 7,000 square feet of ground-floor retail space that will serve as a perk for residents and an opportunity to bring new businesses to the west side. It secured its first tenant more than a year ago when it leased 565 square feet to Melonhead, a juice, smoothie and acai bowl shop that was founded in nearby Sea Bright, and is now drawing interest from other operators as it prepares to open the apartments.

“Once they get the residents in there, it’s going to snowball,” said Pierson Commercial’s Gary Krauss, who leads The Rail’s retail leasing team after initially representing Melonhead.

Krauss said the abundance of parking has caught the eye of prospective retailers, especially in contrast to Red Bank’s parking-constrained downtown. The building’s 144 spaces includes a dedicated garage for the retail and office uses, while the adjacent NJ Transit lot becomes free to the public after 11 a.m.

The west side also boasts the newly renovated Count Basie Center for the Arts and the recently opened Sickles Market, a gourmet food and garden destination inside what was a long-shuttered, 45,000-square-foot warehouse on Monmouth Street, under a project by the developer Metrovation. And other residential projects are in the works, including a proposed 32-unit building at Monmouth and Pearl streets that secured zoning board approval last summer.

Denholtz, for its part, has even broader ambitions in Red Bank. It recently broke ground on a collection of 10 luxury condominiums along the northern edge of town, Southbank at Navesink, which overlooks the eponymous river, having already presold three homes. It’s also added several commercial properties in the borough since moving its headquarters there, including two office buildings on Route 35 and spaces in the downtown.

The developer, meanwhile, aims to turn “The Rail” into something of a brand that extends to other transit-oriented sites. In Bound Brook, Denholtz is partnering with Redwood Real Estate Group on a newly approved, 143-unit project at the borough’s train station. It’s also planning 125 units at a similar location in Asbury Park, which is also approved but is still several years from completion.

“The benefit is that there’s sort of a vibe around train stations and everybody wants to build around them,” Denholtz said. “I don’t think, as a method of getting to work, they’re as important as they were. They get some good activity, but when you talk to (NJ Transit), they really want to activate their lots, bring people within walking distance and try to get ridership up.”

Even so, the firm’s connection to Red Bank goes well beyond the train station and its development pipeline. It has quickly built ties to the community by supporting institutions such as the Count Basie Center and the Two River Theater, along with Lunch Break, a locally based food pantry and social service organization.

To that end, Christina Jordan, Denholtz’s director of marketing and leasing, recently joined Lunch Break’s board and has taken a key role in initiatives such as its gala, technology and a capital campaign for a facility expansion.

“They’re one of those organizations that you just want to help out because they’re good people,” Jordan said, adding that the same goes for its board members. “You just know that they want to do good things — and I like being around those people.”