RPM Development Group and other stakeholders have unveiled a new memorial at Fort Monmouth, paying homage to the historic former U.S. Army post and several military veterans with close ties to the region.

The developer, which sponsored and curated the design of a new one-acre community park at the property, recently joined local veterans, state officials and others to dedicate the new memorial. The new granite and brick monument serves as the centerpiece of East Gate Park, drawing on memorials in Washington, D.C. and the 9/11 Memorial in Weehawken.

It is among the latest additions to Fort Monmouth, which spans the municipalities of Oceanport, Tinton Falls and Eatontown and was closed by the federal government in 2011. The Fort Monmouth Economic Revitalization Authority has since teamed with a host of developers, including RPM, to redevelop the 1,226-acre site and help recapture what was once an economic engine for the region.

The newly dedicated memorial was the result of a collaborative effort between RPM Development, FMERA, area veterans, Palermo Edwards Architecture and Design 446, according to a news release. The basis for the monument design and the verbiage on its plaques were largely influenced by the thoughts and ideas of military veterans with close ties to Fort Monmouth and New Jersey’s military history, including John Booth, John Edward Occhipinti and Michael T. Ruane. 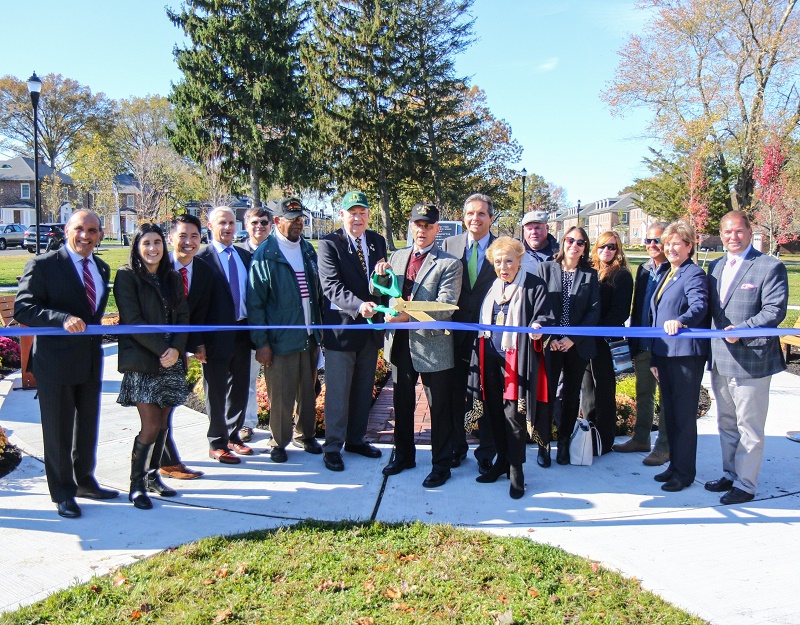 RPM Development commissioned Palermo Edwards and Design 446 to take the vision and bring it to fruition, with its solid granite cap and a base with a brick pier.

“Throughout the entire process we engaged the veterans’ group to ensure the final memorial design aligned with their vision,” said Michael Hong, assistant vice president of development at RPM. “This will be a monument the entire community can be proud of and a humble remembrance of all who made Fort Monmouth a special piece of American history. We’re honored to officially unveil it today.”

RPM is the developer of East Gate, a collection of 68 townhomes, duplexes and single-family residences being created in century-old Officer’s Housing buildings at Fort Monmouth. The complex, which is more than 70 percent sold, is the namesake for the new park.

“East Gate Park is a key component in creating a true neighborhood feel at Fort Monmouth and will provide our residents with a beautiful and unique amenity right outside their door,” Hong said. “Its addition will solidify Fort Monmouth and East Gate’s status as Monmouth County’s most complete new lifestyle community.”