A developer with deep ties to Hackensack has opened the doors to a new 254-unit luxury apartment building along one of the city’s main commercial corridors.

Hekemian & Co. welcomed local officials, members of the project team and other stakeholders on Thursday to mark the debut of The Current on River, a six-story complex at 18 East Camden St. In the process, the firm highlighted a property that is drawing new renters to Hackensack, helping continue recent momentum from a host of high-profile development projects.

“From day one, we knew The Current on River would be the pinnacle of the city of Hackensack’s rebirth,” said Bryan Hekemian, principal of Hekemian & Co., which is based in the city. “People from across Hackensack, the state of New Jersey, New York City and even around the U.S. now call The Current on River home — exactly as we envisioned.”

March Associates Construction served as the general contractor for the $70 million project, whose interior design was spearheaded by Hartman Design Group. The property features a host of amenities including a modern fitness center, two interior courtyards and a seasonal pool with a sun deck, along with a club room with lounge areas and gaming tables.

Hekemian also aims to draw renters with the building’s access to mass transit to New York City, along with spaces that cater to those who work from home. On Thursday, the developer highlighted features such as a work lounge, private conference rooms and booth seating that it hopes will attract millennial professionals among its residents.

SLIDESHOW: The Current on River 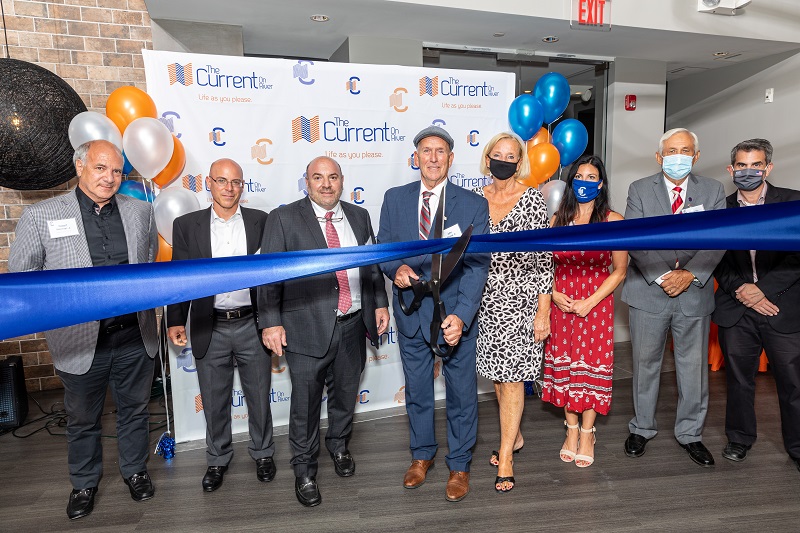 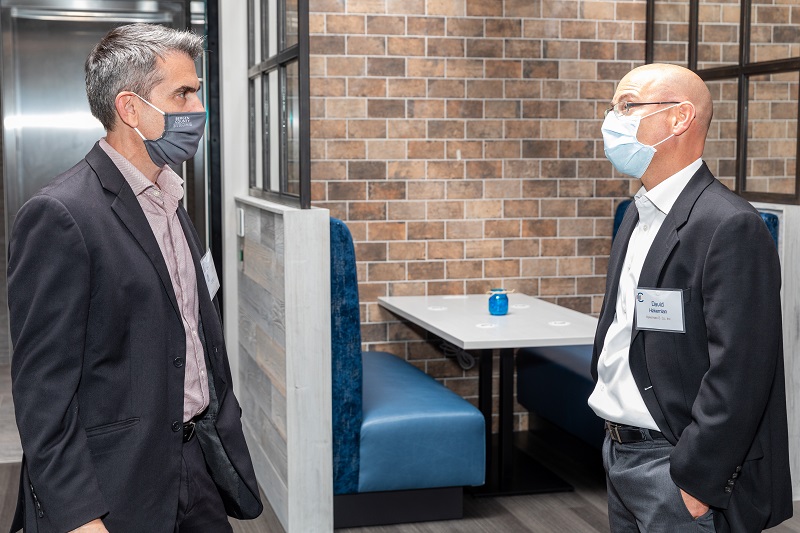 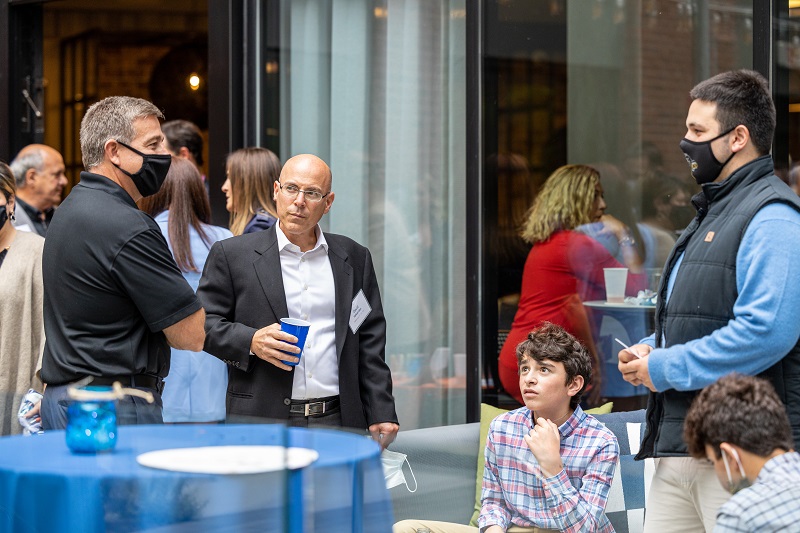 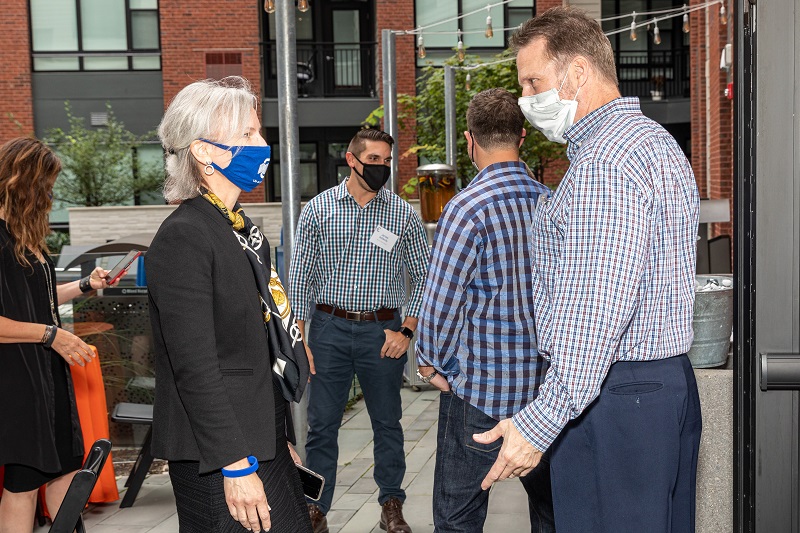 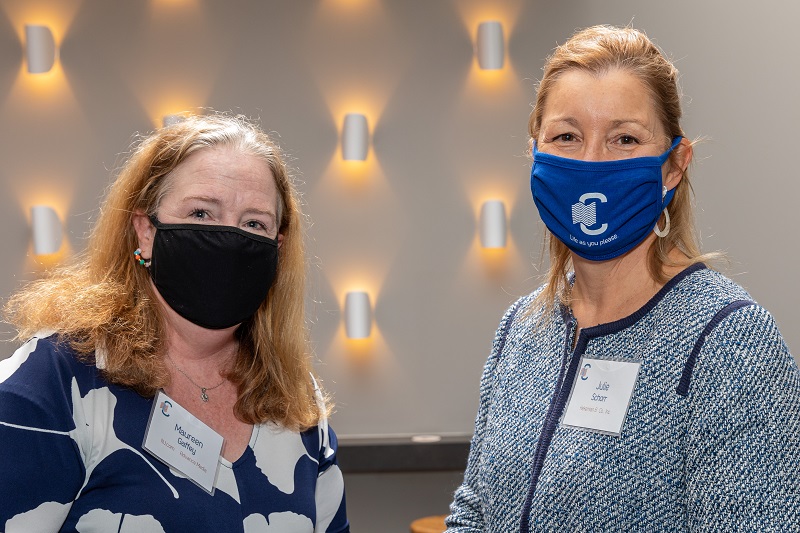 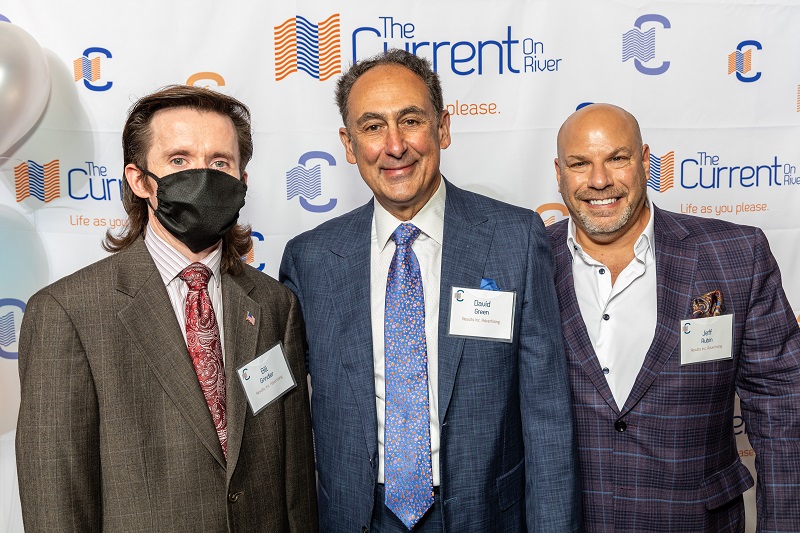 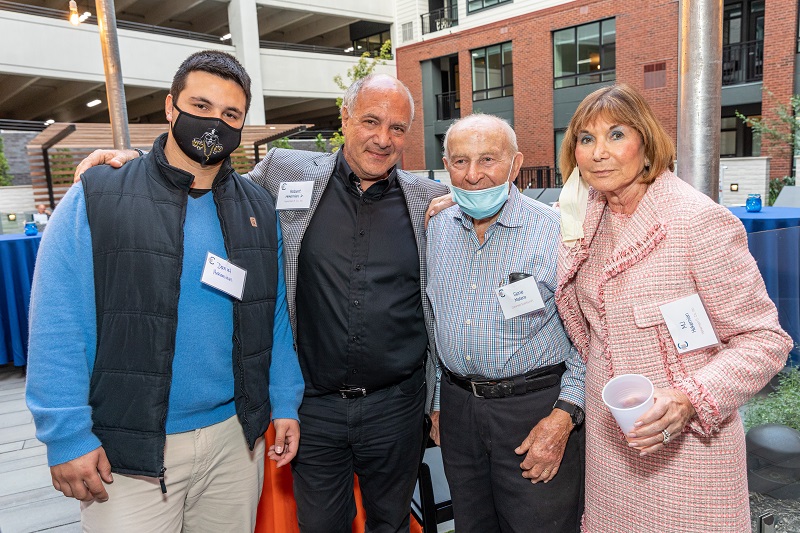 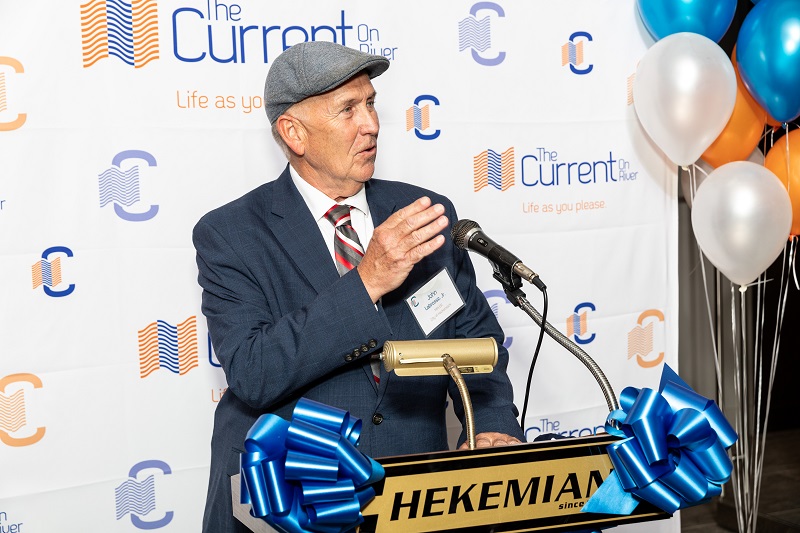 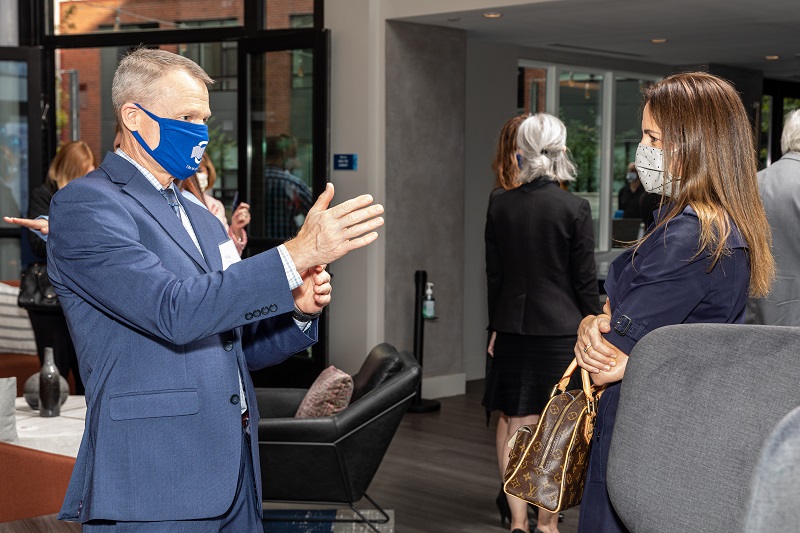 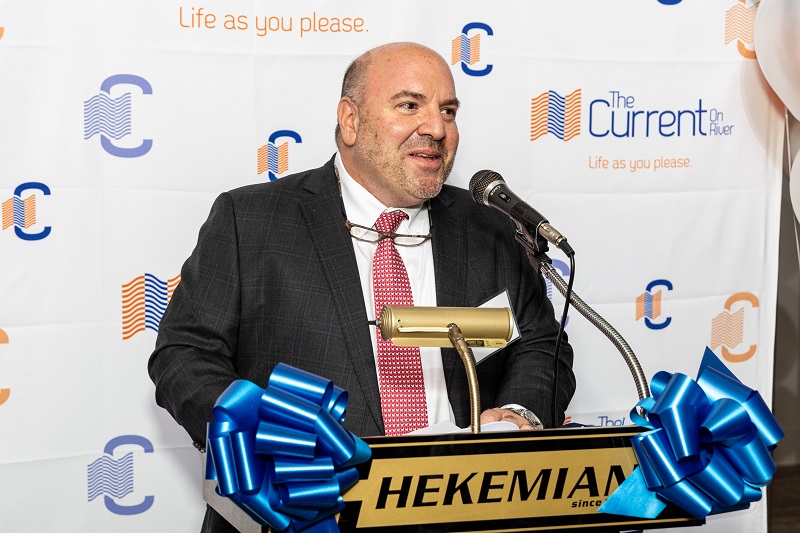 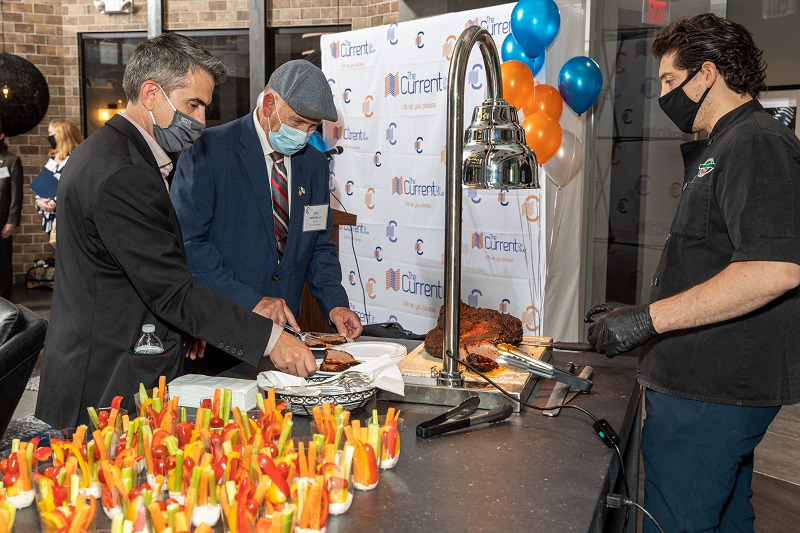 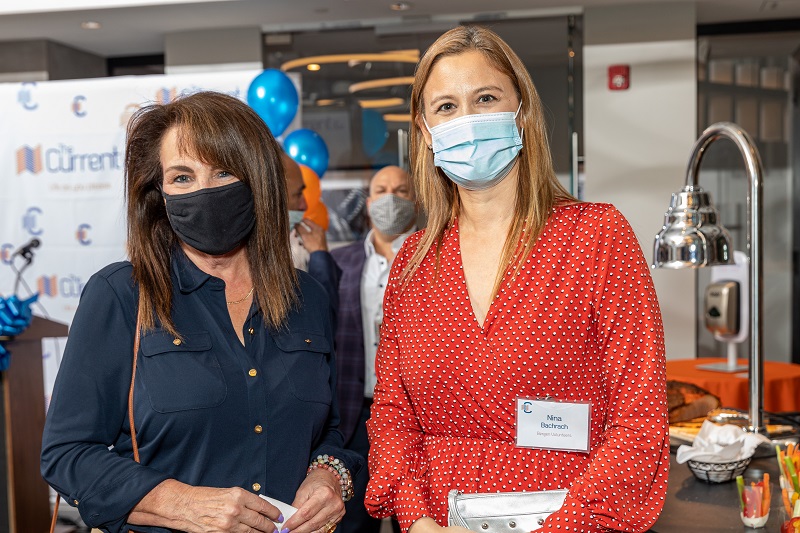 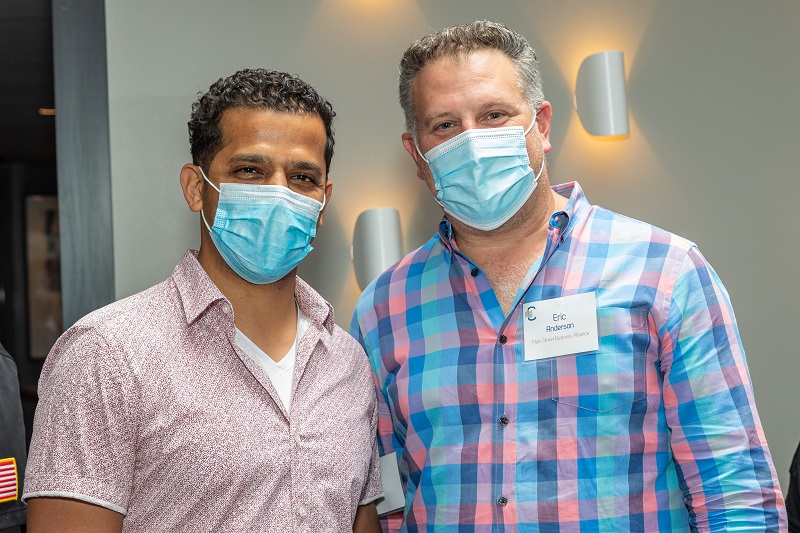 The complex is already nearly 50 percent leased, he said, despite being delivered during the height of New Jersey’s coronavirus outbreak.

“Simply put, The Current on River is Hackensack’s place to be,” Hekemian said. “The modern millennial professional has every convenience and amenity at their fingertips here.”

The Current, located along busy River Street, is also the latest piece of Hackensack’s growing stock of new luxury apartments, thanks in part to a sweeping downtown rehabilitation plan that goes back nearly a decade. Hekemian and Mayor John Labrosse on Thursday touted the work of city officials and leaders with the Main Street Business Alliance, which has yielded zoning and policy changes that have lured a host of developers to the Bergen County seat.

“Bryan has an interest in the city, not just financially, but as a business leader because he knows there is something special happening here in Hackensack,” Labrosse said, adding: “From the minute you walk in the door, you know this is a special place. Hekemian’s attention to detail and design has set the bar to other developers in town, which only makes it better for Hackensack.”

Hekemian, who leads the company alongside brothers Robert Hekemian Jr. and David Hekemian, noted that the family has roots in the city that go back 80 years. He is also a longtime board member of the Main Street Business Alliance and recalled a challenge by Albert Dib, the group’s former executive director and now the city’s director of redevelopment, to invest in the downtown as he was helping to craft the revitalization plan.

“This challenge hit me squarely,” Hekemian said. “How can we be so bullish on Hackensack and not expand the Hekemian platform in Hackensack? We have been building product similar to The Current in Maryland and Virginia. It would be nice to have a project so close to our headquarters.”