Jon Mikula and Jose Cruz, both senior managing directors with HFF, are co-heads of the firm’s New Jersey office and oversaw its recent move to Morristown from Florham Park. – All photos by Aaron Houston for Real Estate NJ

Like many other companies today, HFF’s New Jersey team was at a crossroads when it came to its office space.

The capital markets firm began to weigh its options recently, as its lease in suburban Florham Park was set to expire, and its top priority was finding a space that would appeal to its employees and allow it to continue to attract new talent.

The natural choice was less than five miles away — in downtown Morristown.

“We have a very young staff and it’s getting younger,” said Jon Mikula, a senior managing director with HFF who leads the New Jersey office alongside Jose Cruz. So Morristown offered the type of urban, walkable environment and the amenities, dining and nightlife options that would strike a chord with its growing workforce.

“This is something that the younger generation is really looking to have,” Mikula said, before Cruz chimed in.

“I think the older generation likes it, too,” said Cruz, also a senior managing director, later adding: “Florham Park is a great market, but Morristown brings something different.”

With that in mind, HFF’s New Jersey team recently moved into its new 13,000-square-foot, fourth-floor suite at 1776 On The Green, placing it in the heart of the town’s central business district. Home to about 30 employees, who are split between the firm’s investment sales and debt and equity teams, the new workplace provides both an urban setting and a modern design focused on collaboration, wellness and flexibility. 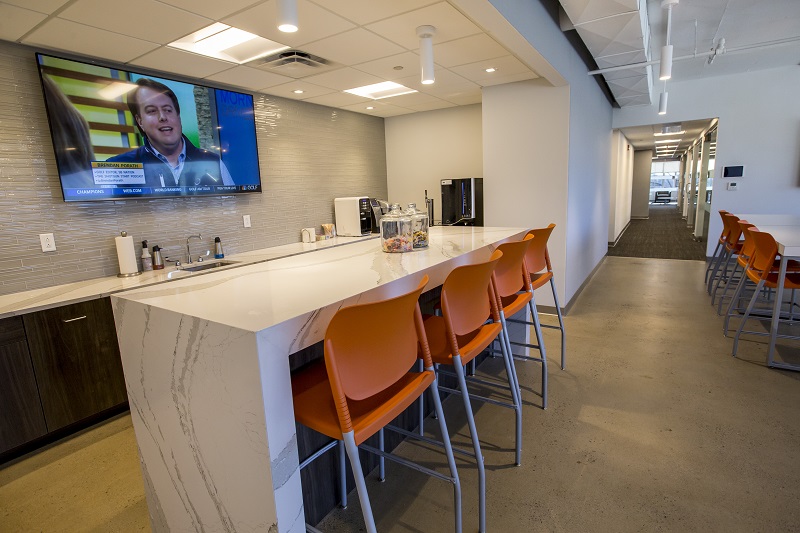 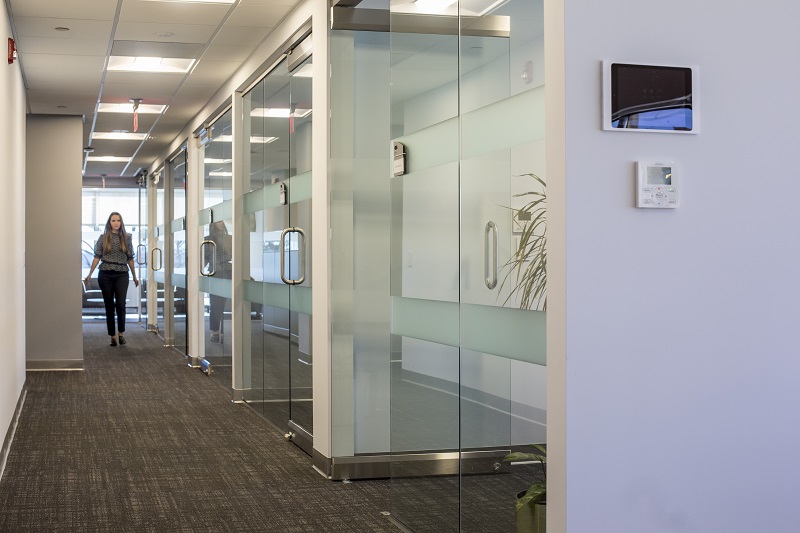 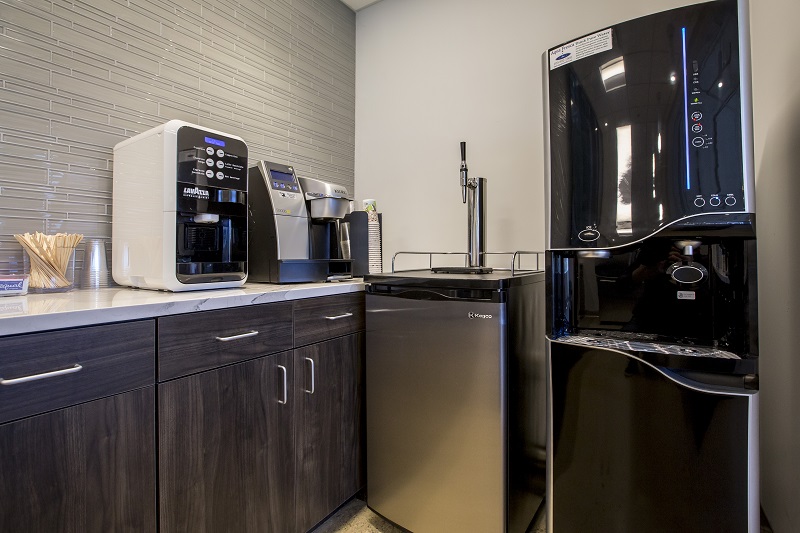 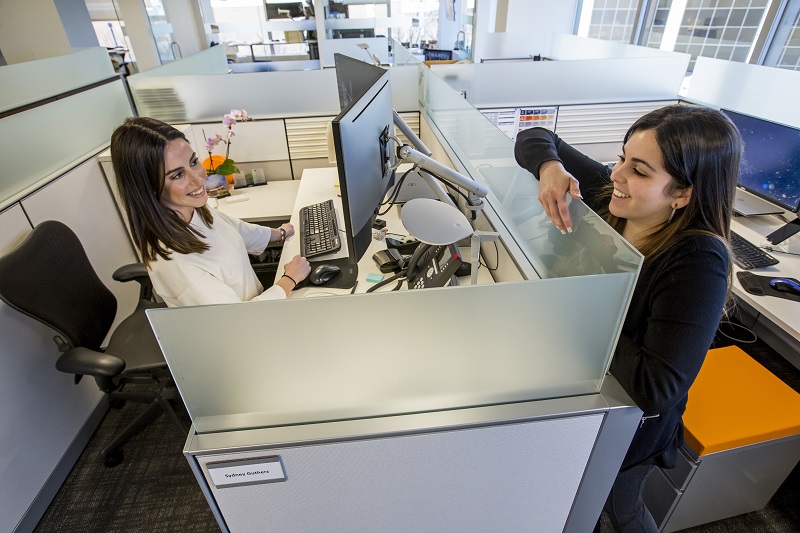 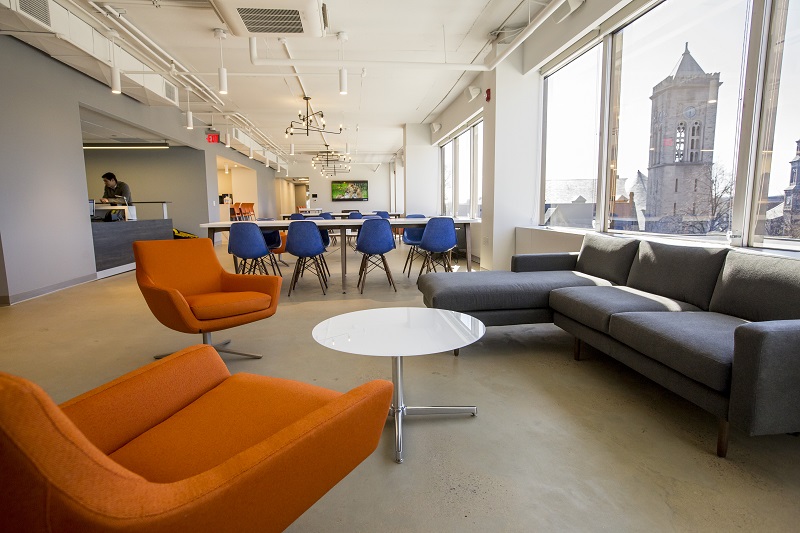 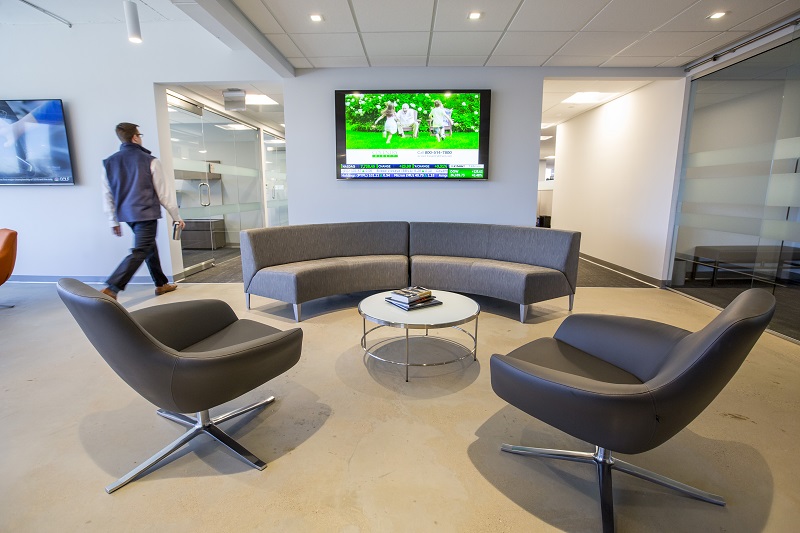 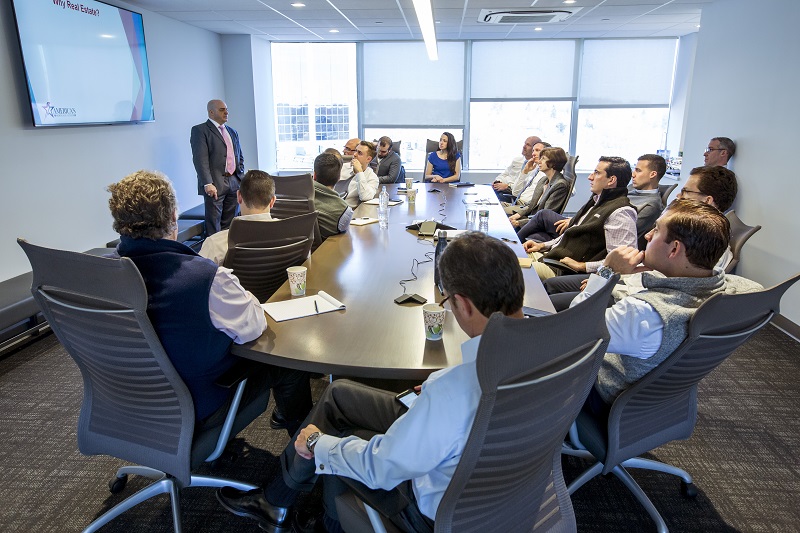 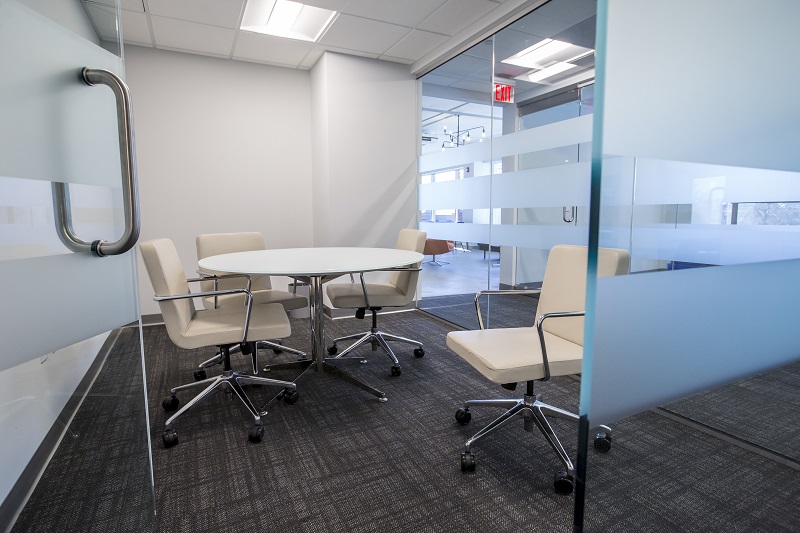 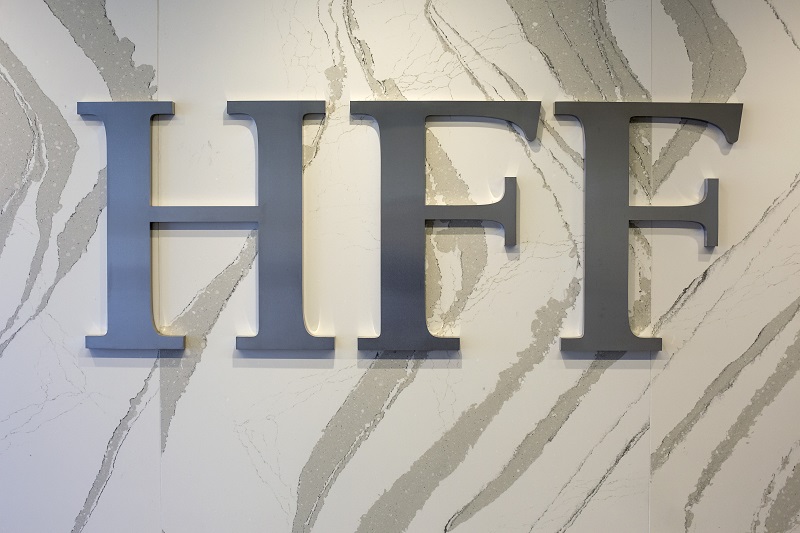 HFF’s New Jersey office tapped Parette Somjen Architects and BFI to design its new space at 1776 On The Green in Morristown. Here is a look inside the space.

Look no further than the office’s main common area, a spacious retreat with polished concrete floors, exposed ceilings and a range of seating options. The space offers bench-style seating, lounge furniture and a breakfast bar that sits alongside the office’s main kitchen and coffee area.

That’s not to mention additional perks such as 85-inch flat screen televisions, an HFF-branded shuffleboard table and a direct view of the historic Morristown Green.

“You come here at lunch and that whole area is packed with our teams, together, talking about deals,” said Mikula, who leads the firm’s debt and equity practice in New Jersey. “It’s really a great collaborative space.” 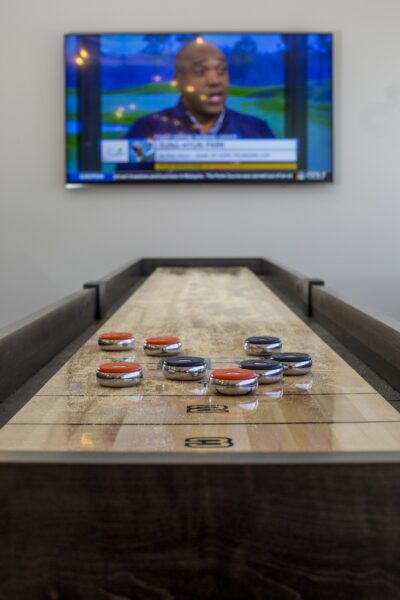 The move to Morristown came amid another major announcement for Cruz and Mikula’s team. On March 19, global commercial real estate services firm JLL announced that it was acquiring HFF for $2 billion, greatly enhancing its capital markets platform.

The transaction is slated to close in the third quarter of this year, which likely means business as usual in the meantime for Dallas-based HFF and its local offices. At its new home in Morristown, HFF joins a host of other prominent commercial real estate firms, including developers The Hampshire Cos., Normandy Real Estate Partners and the Rockefeller Group, along with competitors Cushman & Wakefield and Avison Young.

The town is also home to law firms with prominent real estate practices, including Fox Rothschild LLP and Riker Danzig. That proximity should help HFF in its day-to-day dealings.

“It’s a convenient gathering spot, so being here now makes it that much easier,” said Cruz, who oversees investment sales in New Jersey and other tristate suburban markets. “And because our staff comes from all over New Jersey, this central location still works for everybody. We didn’t want to move too far from where we were, given that everybody is used to the commuting patterns.”

Finding space was not necessarily as easy. Morristown is notoriously supply-constrained when it comes to Class A office space, but HFF found a compelling option at 1776 On The Green. Vision Real Estate Partners, which acquired the 10-story building in 2017, has launched a series of lobby and common areas upgrades, including the creation of a third-floor amenity lounge.

The building also provided an opportunity for HFF to take a full floor, which directly overlooks what will soon become an outdoor roof deck for tenants to enjoy.

“We wanted that identity,” Cruz said, later adding: “There were a lot of positives that drew us here. Plus, being on the Green was a nice feature for us, especially going into the spring and the summer.

“There are a lot of great owners in town, but this floorplate and this location fit well for us.”

HFF’s team of brokers, analysts and support staff have found other benefits beyond the common spaces. Designed by Parette Somjen Architects, with BFI overseeing furniture selection, the office incorporates wellness features such as sit-stand desks and a wellness room, along with a host of breakout and conference spaces.

“It gives them some privacy, but it’s also collaborative,” Mikula said. “We worked hard with our architect to try to bring all of that to what we have here.”

The new space also has excess workstations and offices, a sign that Mikula and Cruz see additional growth on the horizon. That will likely come by bringing in young analysts and grooming them in line with HFF’s culture, which they say is meant to be collaborative and team-oriented. The New Jersey office, which just recently hired two analysts and promoted two others into production — has done exactly that in recent years.

“That’s really the way we’re going to grow,” Mikula said, “by bringing in people, teaching them the business, teaching them our culture and giving them more responsibility and organically growing them into a larger role here.”