Avenue & Green, a 232-unit apartment building in Woodbridge, is the latest addition to Prism Capital Partners’ luxury residential portfolio. The firm has delivered nearly 1,000 multifamily units since 2013, building its platform with a creative, methodical and resourceful approach to development. — Courtesy: Prism

But it was no less unexpected when, more than 15 years ago, a broker called to gauge the firm’s interest in buying the million-square-foot property.

“I had called the number on that sign once a year for 10 years and no one would ever call you back,” said Gene Diaz, a principal partner with Prism, which viewed the Bloomfield property as an option for the type of upscale, loft-style apartments that it was seeking to build.

“We knew exactly what we he was referring to. It was the only million-square-foot complex on the Garden State Parkway for industrial, considering you can’t drive trucks on the Parkway. What we didn’t know when we said we’d buy it was how good a conversion candidate the building would be.”

Prism’s Ed Cohen added: “It was outstanding — all of the right proportions, which you can’t tell from the outside — but as soon as we walked into it, we said, ‘This is unbelievable.’ ”

By 2013, the historic former General Electric Co. building was home to 361 luxury rentals, marking Prism’s first completed multifamily project and the launch of a portfolio that’s since added nearly 1,000 units. Its growth in the asset class has been creative, methodical and resourceful. Look no further than the acclaimed project now known as Parkway Lofts and other industrial-to-residential conversions in West Orange and Hoboken, which the firm has balanced with a growing pipeline of ground-up, midrise buildings in towns such as Woodbridge and Dunellen, which boast strong demographics and transit-served downtowns despite being lesser-known locations.

Prism also has roughly 650 units under construction or set to break ground in 2022, with transactions in the works that could yield another 1,000 units, under a long-held plan to expand beyond traditional commercial buildings.

“Multifamily assets are more enduring,” said Diaz, who leads Prism alongside Cohen, also a principal partner. “Once they get rented, they basically stay rented unless you’re an absolute buffoon in terms of how you manage your property. So since we were an incredibly management-oriented organization and we really care about the assets, part of the move into multifamily for us was also a longevity issue. We wanted to hold onto some assets longer-term. We knew that these are the types of properties that enable you to do it.”

Founded in 2002, Prism focused initially on assets such as 399 Jefferson Road, a 178,000-square-foot office building in Parsippany that it has renovated, sold and reacquired over two decades as part of a value-add strategy. The firm also repositioned several other commercial buildings in its early years, while it plotted its entrance to the multifamily space.

“If you went to other markets and looked at their multifamily product, they were a much higher quality than what had here in New Jersey,” Diaz said, adding: “We figured we could increase quality on the margin without spending a lot of money and therefore drive rents — and part of our theory and process is that people will pay more for unique spaces.”

It was in 2005 that Prism bought the 14.5-acre site of what would become Parkway Lofts, leading to three or four years of planning and entitlements before it had to pause for the Great Recession, the principals said. But it completed the adaptive reuse project in fall 2013, unveiling 361 apartments, upscale amenities and a 377-space parking garage before ultimately selling the asset to Clarion Partners.

Notably, Prism stabilized Parkway Lofts with rents at $2.73 per square foot, well above the $2 that appraisers projected for the building, Diaz said.

That strategy continued in West Orange, the site of a well-chronicled project in which Prism restored, converted and expanded a former Thomas Edison factory complex, creating 334 luxury apartments at the edge of the downtown. The plan also dates back to around 2005, when Diaz and Cohen met with the township’s then-mayor about the long-vacant site, but was similarly slowed by the housing crash, the need for labor-intensive historic preservation measures and litigation by a contingent of local residents.

Today, Edison Lofts is 99 percent leased, as Prism enjoys a similar response to a third adaptive reuse project. The firm in 2018 joined as a partner in the conversion of Hoboken’s historic Wonder Bread factory on Clinton Street, alongside Angelo Gordon and Parkwood Development Corp., having been recruited by the latter due to its experience in Bloomfield and West Orange. With construction nearly complete, Wonder Lofts through late February had sold 53 of the 83 condos slated for the 112-year-old structure.

Prism’s comfort level with adaptive reuse projects that are intricate and often time-consuming has become an advantage in New Jersey. Brian Whitmer, a broker and vice chairman with Cushman & Wakefield, said large-scale development sites have become increasingly scarce and expensive in the state, especially with soaring apartments rents and “investor yield expectations (that) are at historic lows.”

“Not everybody does it,” Whitmer said, referring to adaptive reuse projects involving existing structures. He added: “Some people either are not or they can’t be that entrepreneurial to do that. That’s one of the niches that Prism fills. They’re Jersey-based, born and bred, and they’ve got a lot of relationships with architects, engineers and the towns — and with the skillset of their team, they can go in and figure that stuff out.

“It creates that competitive advantage, which is why they’ve done it multiple times.”

All the while, Prism has targeted suburban, downtown and transit-oriented locations to help feed its residential pipeline. Bob Fourniadis, the firm’s senior vice president for residential, has led that effort, resulting in projects such as a 232-unit, ground-up complex in Woodbridge known as Avenue & Green, where it was more than 80 percent leased through late February.

The building shares a common thread with Prism’s adaptive reuse projects, Diaz said, noting that “we like locations that have good solid demand drivers and labor employment growth.” The same is true for Dunellen, where it’s building 252 apartments, and in the Millington section of Long Hill Township, the site of a fully approved plan to build 140 rental townhomes. Both locations are also directly across from NJ Transit stations. 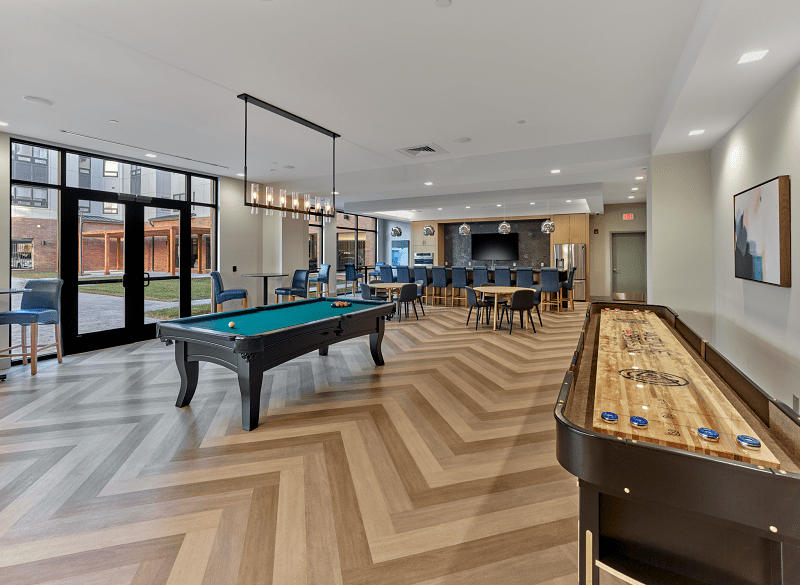 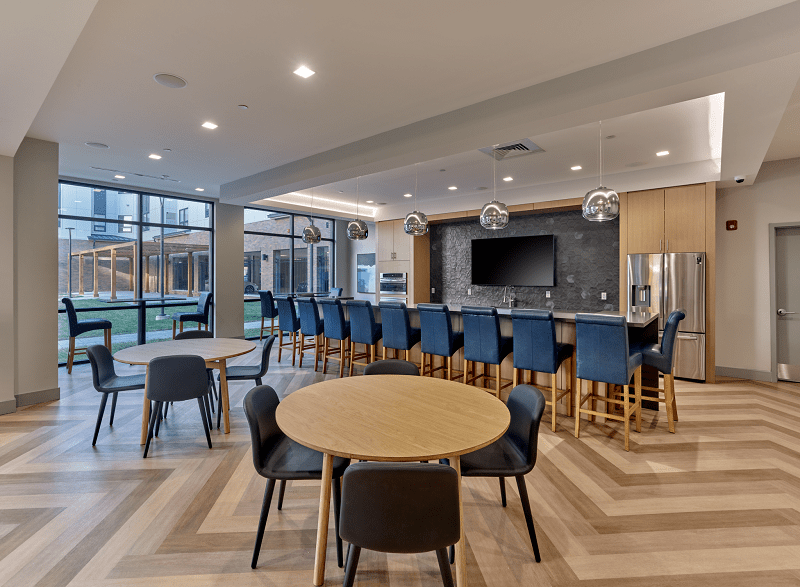 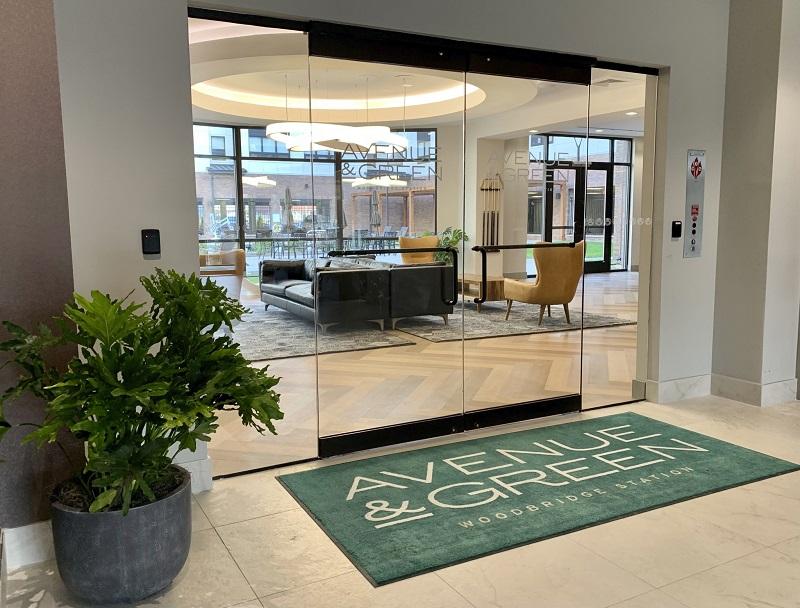 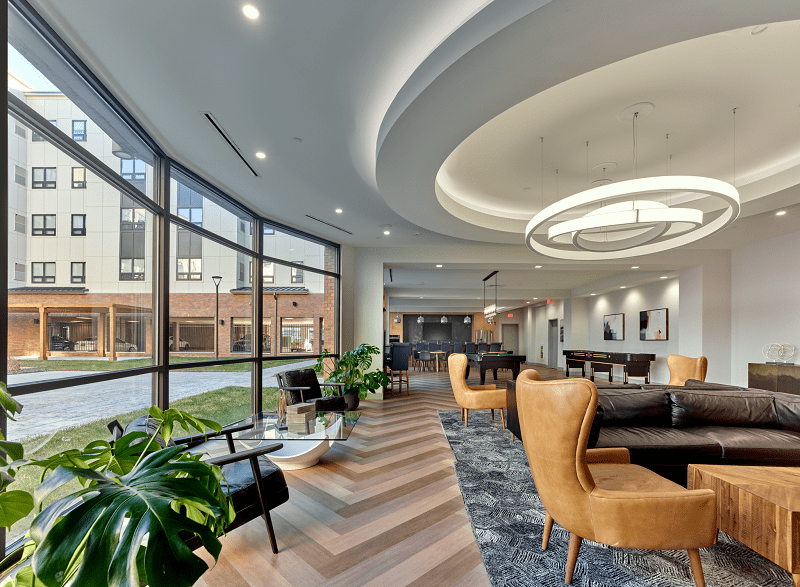 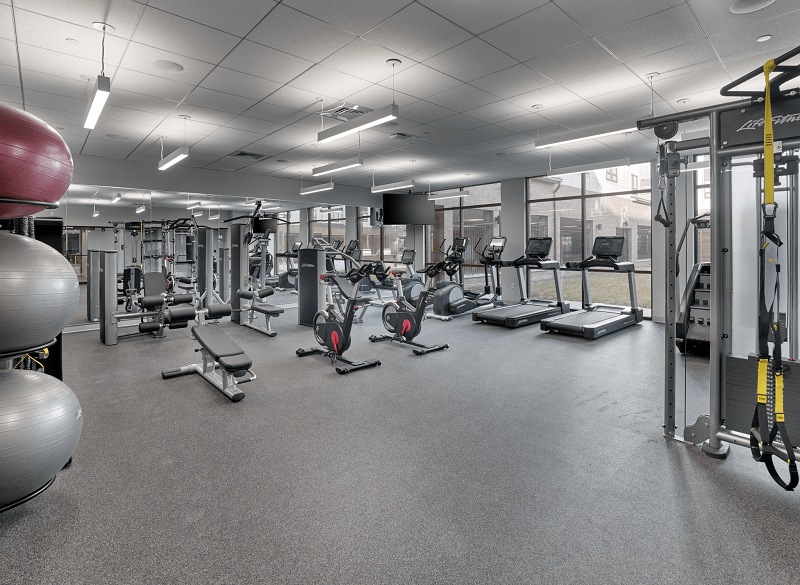 That’s not to say that the team is rushing to buy sites. Cohen noted that the firm is especially strict in its underwriting and is loath to overpay for a development parcel, especially in a time when property is scarce and the cost of acquisition has skyrocketed.

“It has to make sense for us to want to have something,” Cohen said. Being diversified and experienced with commercial assets also enables Prism to be deliberate when selecting sites, with Fourniadis adding that “you don’t want to go crazy buying land at the top of the market.

“And that’s what’s great about not having to report to Wall Street that our compounded annual growth was another 15 percent this year,” said Fourniadis, who spent more than 20 years with Centex Homes and its predecessor, Calton Inc. “We could collect the fees and the rents and bide our time, keep our powder dry and wait for opportunities like Woodbridge, like Dunellen, like Hoboken, like Millington. And I think it’s a great business model.”

Undoubtedly, Prism is also playing the long game when it comes to ON3, its flagship project, where it has repopulated the iconic 116-acre former Hoffmann-LaRoche campus in Nutley and Clifton with a host of health care, life sciences and office users, with retail and hotel components still to come. The firm at one point proposed building hundreds of residential units as part of a plan to create a densified, holistic destination, but those plans are uncertain amid a recent dispute with Nutley township officials over traffic concerns and the site’s undeveloped portions.

Prism declined to discuss the prospect of residential development at ON3, but the firm has proven it can navigate local opposition and government hurdles. It has successfully done so in West Orange and in Bloomfield, where the pandemic has stalled key state environmental permits needed to build 168 for-sale townhomes alongside Parkway Lofts, despite securing final site plan approval for the project three years ago.

The firm has also bided its time in Long Hill, where it is redeveloping the longtime site of a 150,000-square-foot warehouse that it managed and maintained while it secured local approvals.

“Here you have a building that was 70 percent occupied when we bought it, it’s throwing off rent, so we can just sit with and have it carry itself while we get creative with it,” Fourniadis said. “And that’s exactly how we’re building it and how we got the zoning.”