Developers are off to a fast start at what is currently the tallest residential building in New Jersey, the distinctive waterfront tower known as Jersey City Urby.

Co-developed by Ironstate Development and Roseland Residential Trust, a Mack-Cali Realty Corp. subsidiary, the building is located at 200 Greene St. and stands 713 feet tall. The 69-story tower has cantilevering floors, creating a block-like design that has made it stand out on the Jersey City skyline as construction took place over the past two years.

“With Urby, we’re working to rethink the residential rental-housing market,” said David Barry, president of Ironstate and Urby CEO. “The phenomenal response we’ve received since starting leasing a few weeks ago in Jersey City, shows that renters are excited by the concept.

“We’re offering something truly unique for the contemporary urban renter. Apartments that make smart use of space, communal spaces designed to foster interactions between residents and regular programming that together creates a dynamic experience.”

The property, designed by the Amsterdam-based firm Concrete, opened as a development boom continues along the Gold Coast. A report by Marcus & Millichap found that 11,300 apartments were under construction in Hudson County at the start of 2017, with four of the five largest projects taking place in Jersey City. 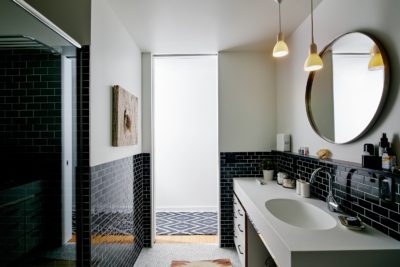 But the demand from tenants has appeared to keep pace. In 2016, the North Jersey rental market absorbed 8,100 units, keeping vacancy at 4.3 percent, according to Marcus & Millichap. And analysts with the firm project that vacancy will tick down further this year, even with another 7,600 units slated to be delivered in the region in 2017.

Jersey City Urby is the latest addition to Mack-Cali’s Harborside district, which is in the midst of a broader transformation. The real estate investment trust has embarked on improvements to the complex that could total as much as $75 million in value, with a focus on upgrading the existing office buildings with modern retailers, restaurants and common spaces.

In an update released May 3, Mack-Cali said Roseland acquired its partners’ interest in Harborside Plaza 8 & 9, converting the waterfront development site from 50 percent to 100 percent ownership. The site could contain up to 2,000 units and is directly adjacent to Urby.

Mack-Cali CEO Michael J. DeMarco also touted leasing activity at Urby and at another Jersey City property, M2, where it has “significantly reduced concessions during lease up” and increased rent five times over the course of a year. The 311-unit project leased 50 units per month and was stabilized in just six months.

“Now, Urby is averaging close to 140 units per month and achieved 38 percent leased on 286 units in just two months,” DeMarco said. “We have raised rents three times so far at Urby and are averaging over $55 per square foot.”

“This leasing activity is balanced out by our operating portfolio at Marbella and Monaco’s combined 935 units achieving an average leasing percentage over the last year of 96.8 percent amidst the adjacent M2 and Urby lease-ups. We strongly believe that the Hudson River Waterfront/Jersey City will continue to absorb the remaining inventory and deliveries for 2017.” 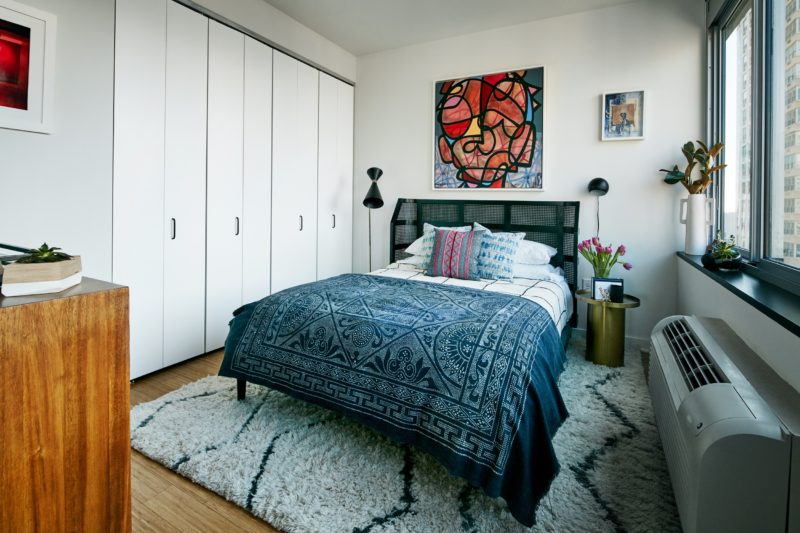 Amenities and common spaces at Jersey City Urby include a fully equipped gym, communal kitchen and a creative lab for residents to participate in hands-on activities such as interior design workshops, flower arranging and homemade apothecary, according to Ironstate. The Jersey City location is the second of a planned series of Urby developments by Ironstate, which has also launched the concept in Staten Island.

Another location will open later this year in Harrison, with an emphasis on making smart use of a renter’s space and communal spaces.