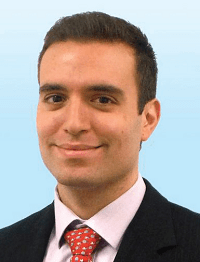 The New Jersey industrial real estate market has been a model of consistency for the past three years. So, it should come as no surprise that the market had another strong performance to close out the decade, as healthy demand for large blocks of space helped keep absorption positive for the 28th consecutive quarter.

There was a total of 41.2 MSF of industrial leases signed in 2019, an uptick of 6% over 2018. And once again, these leases were driven by a desire for newly constructed or recently completed projects, widening the performance gap between Class A space and the overall market. 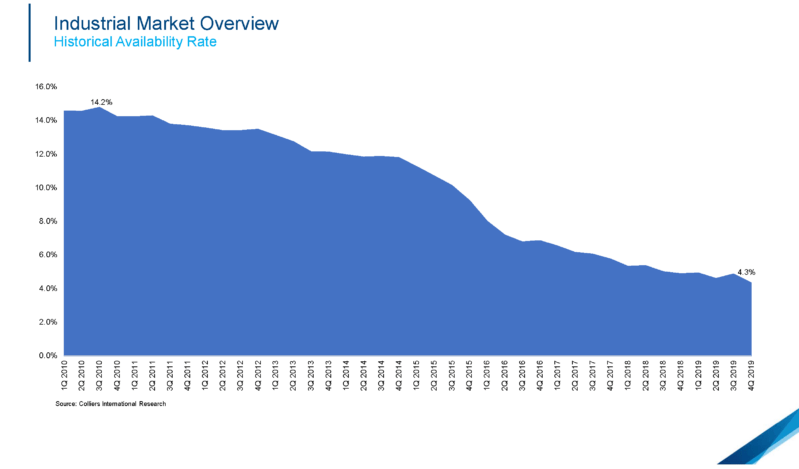 Leasing activity for Class A space accounted for almost half (46.9%) of New Jersey’s total leasing volume. That’s quite a feat considering Class A buildings account for less than 20% of the Garden State’s total industrial inventory.

While there is slightly more available Class A square footage than rest of the market, this is inflated by the 1.4 MSF of warehouse space in Flanders, the former Toys “R” Us distribution center. Without this space hitting the market in 2019, the Class A availability rate would actually be only 3.3%, 100 basis points lower than the overall market.

However, strong demand for large blocks has constrained the supply of Class A space. Currently, only four existing Class A properties can accommodate a requirement of 250,000 SF or greater. This has sparked both developers and owners to put more shovels into the ground, resulting in a record wave of new development projects. 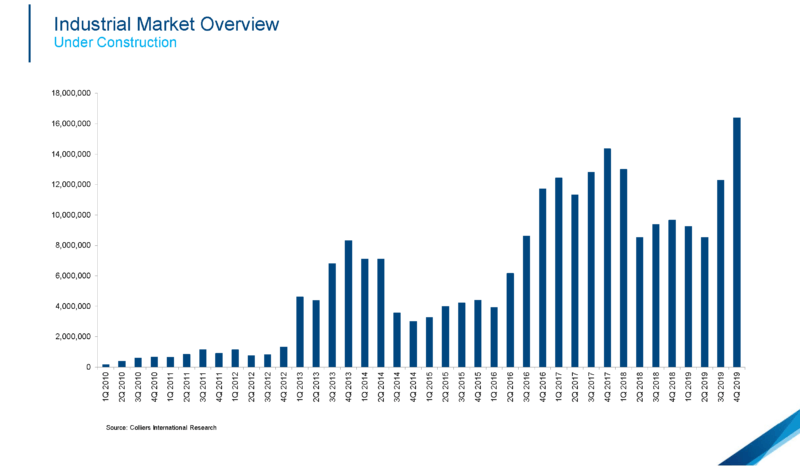 In just the fourth quarter alone, 12 new projects totaling 4.5 MSF broke ground. Currently, there is 16.4 MSF of Class A industrial space under construction, nearly 70% increase from last year and the highest total on record.

Moreover, almost half (43.4%) of that 16.4 MSF under construction is already pre-leased. Several other projects have leases out at several other occupiers. While we anticipate 9.1 MSF of these projects will be delivered in the first half of 2020, we believe strong tenant demand for Class A space will keep absorption positive and the availability at historic lows.

As the e-commerce market continues its meteoric rise, with more and more consumers expecting same-day or one-day delivery for essential items, the market will always have an appetite for great industrial space. And developers are happy to feed it. 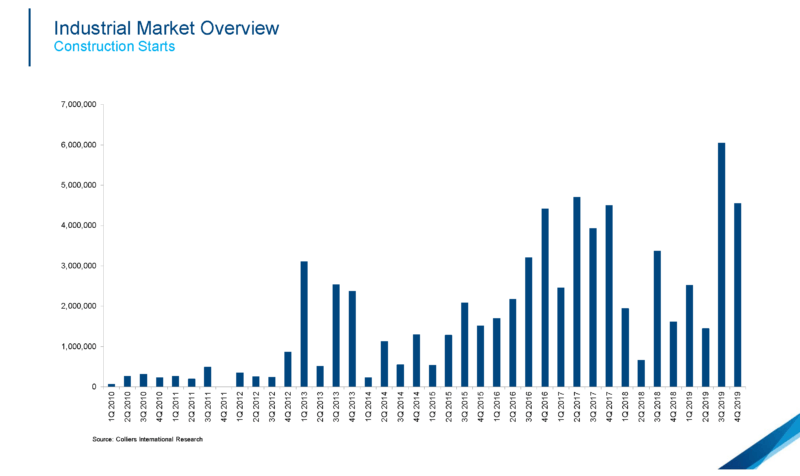 From a geographic perspective, Northern New Jersey saw an influx of Class A construction projects. Given the lack of available land in the Northern part of the state, as compared to Central New Jersey, developers were forced to get creative and looked to transform former office buildings and other distressed sites into quality industrial space.

Russo Development and Forsgate broke ground on Kingsland Meadowlands, a two-building industrial site offering 1.3 MSF of space on a former landfill in Lyndhurst. There are plans for an additional four buildings totaling 1.6 MSF in the pipeline.

Also breaking ground, although not a repurposing, is the Linden Logistics Center in Linden’s Tremley Point industrial area. Two buildings totaling 1.3 MSF are currently under construction, with another six on the way. Once completed, it will consist of 4.1 MSF across eight buildings, representing the largest planned development site in the Port Region. 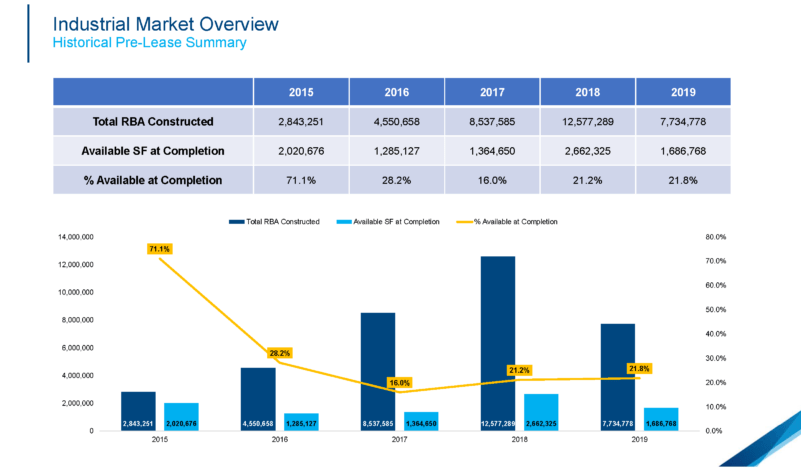 New Jersey’s industrial markets continues to grow and strengthen unabated and it doesn’t look like it’s slowing down anytime soon.