A rendering of Workplace North Market, a 52,000-square-foot office and retail building under construction in Montvale, where The S.Hekemian Group is redeveloping the former Mercedes-Benz USA campus into a new mixed-use destination known as North Market — All renderings by Serious Work/Courtesy: The S. Hekemian Group

The redeveloper of the former Mercedes-Benz campus in Montvale has lured its first office tenant to the site, inking a 20,000-square-foot lease with an area law firm.

The owner and developer, the S.Hekemian Group, secured the commitment from Beattie Padovano LLC as part of the mixed-use project known as North Market, according to JLL. The law practice will occupy the fourth and a portion of the third floor of what’s known as Workplace North Market, a 52,000-square-foot office and retail building under construction at 200 Market St.

“Combine the design of the building with the cool, new, mixed-use district of North Market, and you’re really part of something dynamic and special. North Market is bringing the feel of a city neighborhood to the suburban Montvale submarket.” 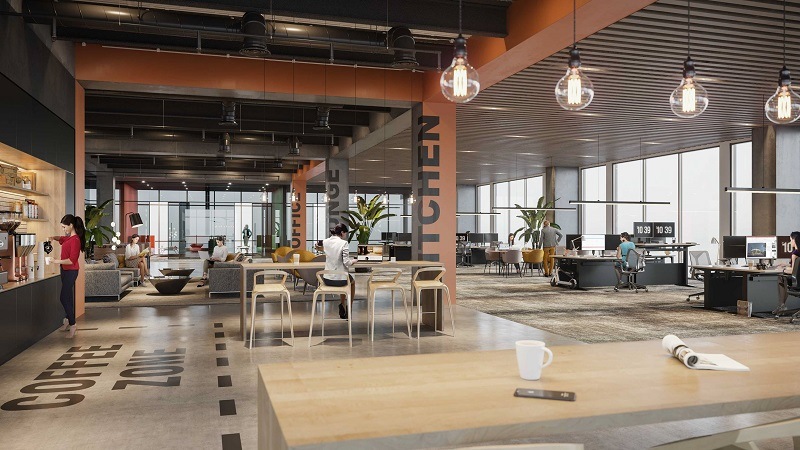 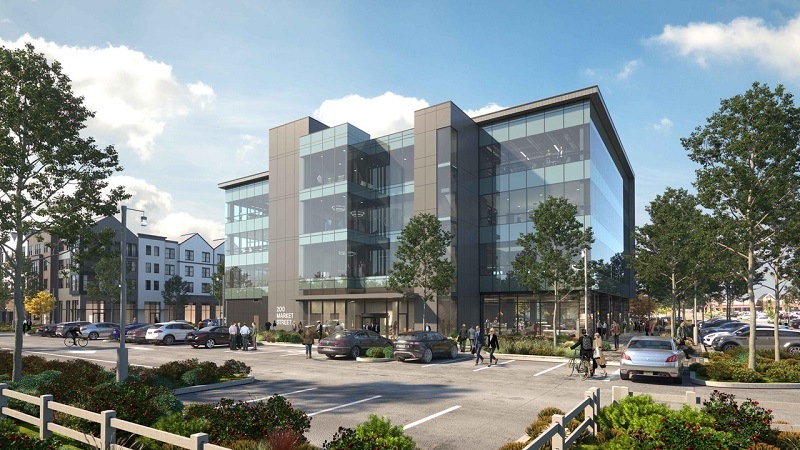 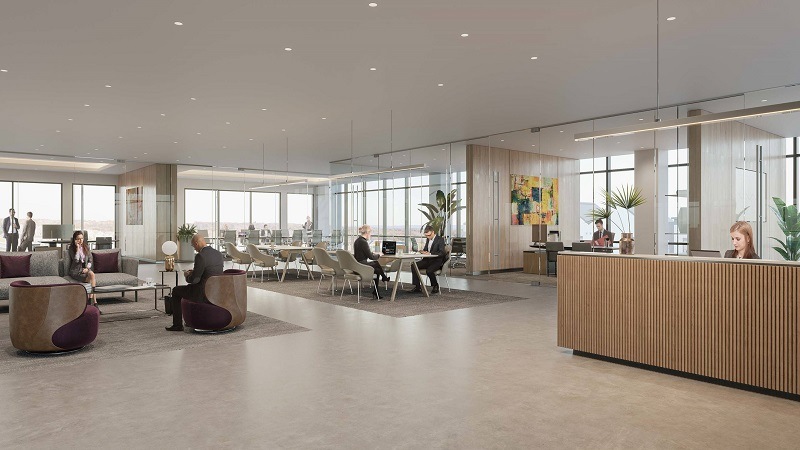 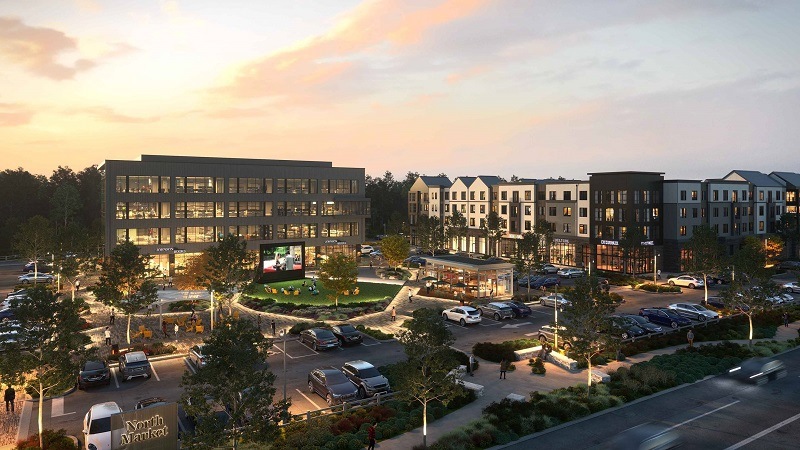 The 12-year commitment represents a milestone for the high-profile, $150 million redevelopment of the former Mercedes campus off the Garden State Parkway. The automaker announced in 2015 that it would move its U.S. headquarters to Atlanta, leaving Montvale with the prospect of an obsolete office campus.

Hekemian won approval to redevelop the campus early last year. Plans now call for a walkable, urban-style district with a total of 302,500 square feet of retail space, including an available 71,500 square feet, along with 308 residential units, up to 91,300 square feet of office space and a 133-room luxury boutique hotel under the Tapestry by Hilton flag.

The project’s first phase, The Shoppes at DePiero Farm, was built on the former site of the adjacent DePiero Farm and encompasses half of North Market. The complex is anchored by northern New Jersey’s first Wegmans and 20 other eateries, retailers and fitness studios.

Workplace North Market, which is located between West Grand Avenue and Philips Parkway, will include 40,500 square feet of office space on the second through fourth floors, with 11,500 square feet of retail on the ground floor. The mixed-use building is expected to be completed in the fourth quarter.

Beattie Padovano is relocating to the building from nearby 50 Chestnut Ridge Road in Montvale.

How to read an insurance certificate