An interior view of Henley on Hudson — Courtesy: Lennar

Homebuyers have snatched up nearly half of the units at the final phase of Lennar’s upscale condominium development along the Weehawken waterfront.

The builder announced this week that it had sold 30 of the remaining 67 condos at what’s known as Henley on Hudson, part of the sprawling, master-planned Port Imperial development. The remaining homes start at $875,000 and include one-, two- and three-bedroom floorplans ranging from 1,165 to 1,998 square feet.

Lennar broke ground on the last phase of Henley on Hudson in late 2016, following the completion and sellout of 134 condos in the earlier phases. All told, the complex will include 201 high-end homes with views of the Manhattan skyline.

“We’re thrilled that buyers continue to recognize all that this community has to offer.” 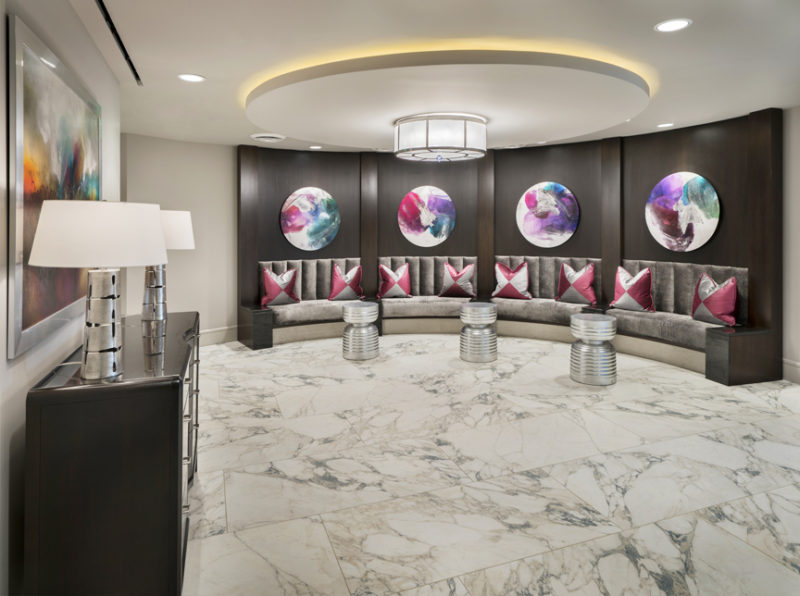 Amenities at the project include a cardio fitness room, children’s playroom, lobby lounge and an outdoor garden terrace, Lennar said in a news release. Residents also have access to the Club at Henley, a private 6,000-square-foot clubhouse with a club room, theater room, billiards and gaming lounge and other features.

Henley on Hudson is among the latest additions to the 200-acre Port Imperial site, which stretches two miles along the Hudson River. The location gives residents access to the Port Imperial ferry terminal with service to Midtown and downtown Manhattan, along with the Hudson-Bergen Light Rail station connecting to Hoboken and Jersey City.