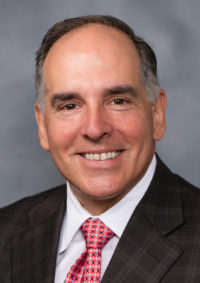 Having started my commercial real estate career in Newark, New Jersey in the late 1980s, I’ve had a front row seat to the evolution of The Brick City, and specifically the strides taken by the community toward enhancing the soul of the downtown area. What was once a city centered largely around Newark Penn station, the region has experienced new growth, particularly northward and westward toward the Broad Street corridor. Additionally, while improvements over the past two decades were slow, but steady, the past five years have seen a more intense ramp up in activity.

Today, the majority of Newark’s Class A office buildings have significantly less vacancy than compared to the rest of the state. Oddly, for the largest city in New Jersey, the downtown office inventory is smaller than one might think. According to CBRE research, Jersey City’s office inventory is approximately 40 percent greater than Newark’s, yet its population is five percent less. Meanwhile, the multifamily market has grown tremendously in Newark, with 827 building permits in 2017 and 401 certificates of occupancy.

Aside from the Ironside Newark redevelopment, which is a 400,000-sq.-ft. transformative warehouse conversion to trendy office space situated between the Prudential Center and Newark Penn Station, the next biggest commercial real estate transaction in Newark over the past 20 odd years was the acquisition of a majority of the Gateway complex by a single buyer. This acquisition is significant because when each building was separately owned, the consensus on improving the common areas did not occur in any meaningful way. However, according to Onyx Equities, which is leading the charge for the new ownership group, major plans are underway for the common areas, as well as the spaces that face the street that will be “activated” to create more of a downtown streetscape.

Meanwhile, the Broad Street office buildings to the north were comparatively ignored during the past few decades. Sure, there was the intention of renovating, but the business case did not align with the vision. Even after IDT Corporation and Audible moved in, that area of downtown did not gain much traction. More recently, it was Prudential’s commitment to a new headquarters on Broad Street that helped stretch the center of gravity westward from the Gateways.

I can say with conviction that there is real excitement in Newark. It is no longer a city with activity situated solely around Newark Penn Station. With the prospects of truly transformative projects on the drawing board, including River Center and a two-million-sq.-ft. mixed use project adjacent to Broad Street station on a former Westinghouse site, as well as the continued dedication of the entire community, it won’t be long before Newark is ready to make yet another major announcement!