HomeWorks Trenton, which serves marginalized high school girls in the city, recently purchased a three-story house at 1212 Edgewood Ave. that it now hopes to renovate into a permanent dwelling for the organization, one that would nearly quadruple its student population, while bringing its team of educators and administrators under one roof. Pictured at the property is Natalie Tung, HomeWorks’ co-founder and executive director. — Courtesy: HomeWorks Trenton

The organization known as HomeWorks Trenton has helped dozens of teenage girls since its founding in 2016, with a program that offers academic, social and emotional enrichment in a dormitory-style setting. But finding the space to provide that housing has been no easy task.

It’s why the nonprofit has turned its focus to a long-vacant, three-story home on Edgewood Avenue in the city, which it hopes to renovate into a permanent dwelling that would nearly quadruple its student population, while bringing its team of educators and administrators under one roof.

“We’re very grateful for all of these opportunities, but we only want to continue moving forward,” said Natalie Tung, HomeWorks Trenton’s co-founder and executive director. “And I think a big part of that is being able to have a house that we can call ours, not only so that we can expand and go from 11 scholars to 40, but also so that we can really be more financially sustainable, have our staff fully live in the house … and be able to have real roots in Trenton.”

The 501(c)(3) group, which serves marginalized high school girls in the city, recently purchased the property at 1212 Edgewood Ave. and is now seeking a $2 million construction loan for the rehabilitation and expansion. It’s doing so with the help of George Gnad and Helmut Fischer of Lenders Capital Realty Services, who have donated their time to source the financing from what will likely be at least one New Jersey-based bank.

The plan is more than a year in the making. Designed by Joshua Zinder, a Princeton-based architect and head of Joshua Zinder Architecture + Design, the project would create dorm rooms for students and housing for staff, as well as a study space, a dining room, a teaching kitchen and office space for administrators. HomeWorks would also look to use a large outdoor space on site for classes and social gatherings, as well as a multipurpose recreational area.

“When I look at the building, I envision being able to have 40 scholars there, I see it being just an incredibly warm, inviting space and … a community space where everyone is excited to come back,” Tung said. “It’s a place where all of our kids are living, but also wanting to push each other to grow and to really thrive in their academic space, to thrive in the community, to pursue new things, whether it’s in arts, sports, coding or computers — anything they want to do, they have that ability to use this space to really pursue and to grow.”

HomeWorks’ mission is largely rooted in Tung’s own experiences. She recalls being an English-speaking student at a Chinese-speaking school in Hong Kong, where she was born and raised, causing her to lack confidence and struggle in an environment that she described as “very numbers-driven.” But she had the opportunity at age 14 to come to the U.S. and attend The Lawrenceville School, she said, and it was then that “my love for learning just really blossomed.”

“I felt like I was really learning to learn, but living in a dorm with 40 other girls just made me realize the power of women and that, when we all come together, there’s nothing we can’t do,” Tung said. “And I think we are very powerful as a collective and can really move our communities forward.”

She would go on to study education at Princeton University and, as a student-teacher at Trenton Central High School, became familiar with the city’s culture, history and sense of community, but also its social and economic struggles: She noted that 36 percent of its students don’t go to school regularly, while 90 percent are not on grade level for math and 80 percent are not on grade level for English. What’s more, she said, only 10 percent are college-ready by the time they graduate.

That pushed Tung, as a sophomore at Princeton, to launch HomeWorks in 2016 alongside classmate and Trenton native Brenaea Fairchild. Funded by corporate and community-based philanthropy, it has operated as a supplement to city schools, aiming to provide a safe and supportive residential environment in which students live at the site from Sunday night to Friday morning and are shuttled to and from their school each day. At night, the scholars take part in a family-style meal along with academic tutoring and study hall, helping improve their outcomes without leaving their home city of Trenton. 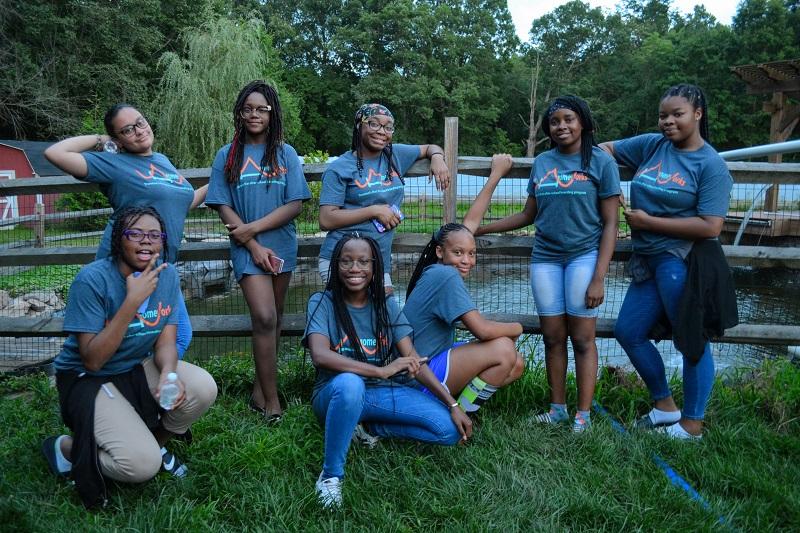 “It really was to almost replicate something that I got at Lawrenceville, but making it more accessible to students who may not be able to afford it,” said Tung, who was also mindful of “how I had to leave Hong Kong, to leave my family and culture behind to get this experience and wanting to make sure that that doesn’t happen with other scholars and that they can still stay in their community.”

The organization to date has run five programs with a combined 30 students, starting with a summer residential pilot in 2017. It just completed its first academic-year-long program, while marking another milestone this year with the graduation of its longest-tenured participant, Darae, who was accepted to nine colleges and is attending Montclair State University on a full scholarship.

It has also raised more than $2 million in cash and in-kind donations, while building a team that now includes 11 staff and eight board members. Meantime, it has earned recognition from the likes of Princeton University, McKinsey & Co., Comcast, The Rachael Ray Show and a host of other organizations.

Even so, Tung laments that HomeWorks has had to change locations every year — from single-family homes to boarding school campuses — grappling with the cost of renting and the regulations of operating a dormitory facility. Some landlords have been better than others, she added, while “it’s just inconsistent for the kids to go to a different campus or go to a different dorm every single year.”

She also noted that only one of the locations has been within the Trenton city limits. Moving to 1212 Edgewood Ave. would provide such a location while addressing many other concerns.

“What we’re really hoping to do is go back to Trenton, be able to be rooted in the community, to be in control of our housing,” she said, while removing the hassle of moving each year and “to be able to design a home that really is going to fit our scholars’ needs.”

Zinder, the project’s architect, was responsible for connecting Gnad of Lenders Capital with HomeWorks after the two had worked together on a project in Princeton. The veteran mortgage broker said several well-known, New Jersey-based banks have expressed interest in the opportunity, adding that the team could wind up syndicating the loan.

“It’s a pleasure to donate my time on raising this $2 million construction loan for HomeWorks,” Gnad said. “I have no doubt that Natalie Tung will expand to other cities and change the lives of those high school girls that participate in this affordable prep school program. I also want to note that my partners on deal, Helmut Fischer and Lauren Parker of MKTG digital, have also donated their valuable time and energy.

“I’ve worked on many very large (commercial real estate) deals over my 25-year career. This one could be the most important and satisfying.”

Having the support of Gnad, Fischer and Parker has already made a difference, Tung said.

“I just feel very confident, having them on our team … to be able to get this done and just very, very grateful for their generosity, for their time and their expertise and support,” she said.

W&D: Luxury apartment building near Harrison PATH train on the market for sale