We’re trained as journalists to cut through all of the platitudes and proclamations that we often hear at groundbreakings and ribbon-cutting ceremonies. But that’s not to say that a developer or a public official can’t be genuine, memorable or insightful in prepared remarks. 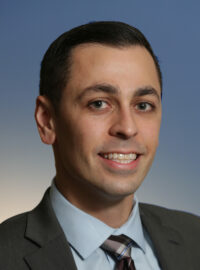 New Brunswick Mayor Jim Cahill is a case in point when it comes to how he describes the not-for-profit New Brunswick Development Corp., or Devco.

“The diversity of Devco’s portfolio demonstrates its enormous talent,” Cahill said in September 2019, as the developer marked the debut of the landmark, $172 million New Brunswick Performing Arts Center. “Each project may be unique, but each has followed the same Devco path: uncanny preparation, an ability to cull together the financing necessary to accomplish projects others would find impossible to undertake and a driving focus to execute the plan no matter the challenges confronted — always on budget and on time.”

Cahill’s remarks have stuck with me more than two years later, largely because I’ve spent a decade watching Devco tackle some of the state’s largest, most ambitious redevelopment projects with complex capital stacks and broad coalitions of stakeholders. It’s a topic that we feature in this month’s cover story, which follows a year in which the organization broke ground on more than $1.5 billion worth of development. That makes it all the more timely for us to highlight an operation that is seemingly unlike any other developer in New Jersey.

Elsewhere in this issue, we detail how a West Orange-based firm is capitalizing on the “overheated” market for medical office space. Fast-growing investor demand has provided a new opportunity and new considerations for Atkins Cos., a multigenerational business that has owned and developed health care real estate since the 1970s, but rarely sells. It’s now reversing course with select assets — with values as high as they’ve been in 40 years — and is now searching for more opportunistic, value-add deals as it continues to invest in the sector.

Our December edition also highlights an eye-opening program hosted by NAIOP New Jersey, where panelists took stock of the office market as companies continue to mull their return-to-work strategies. While uncertainty remains, even almost two years into the public health crisis, the event provided a healthy dose of optimism for those on hand, who heard a Jersey City-based tech entrepreneur describe why he leased 32,000 square feet mid-pandemic. The company, Apprentice.io, has built software that helped manufacture the COVID-19 vaccine, fueling its intense growth over the past 18 months and a six-fold expansion of its team during that time. It all served as a reminder to CEO Angelo Stracquatanio that, “when you’re going through that much growth … there are just some things you can’t do over Zoom.” It bodes well for the office market, even if it remains to be seen how most tenants change their approach to the physical workplace.

You can read those stories and more in this month’s issue. As we close out another year — our fifth since we launched Real Estate NJ — thank you to everyone who continues to read and support our growing publication. Enjoy the issue, happy holidays and best of luck in 2022!

New Brunswick PAC, ‘the best example of what redevelopment can do,’ opens its doors