Paul Celler, president of PAM Properties, and son Michael Celler (not pictured) led the management and construction team that renovated the former Briar Hill apartment complex in Manchester and repositioned it as Suncrest Village. As a result, retention has increased and the property has increased rents by 5 percent at renewal and between 15 and 20 percent on renovated units. — Photo by Aaron Houston for Real Estate NJ

As recently as last fall, weeds grew from the tires of abandoned cars parked at the Briar Hill apartment complex in Manchester. The unit kitchens featured outdated appliances, countertops and flooring. The offsite maintenance service was slow to respond to repair requests and was known to charge $100 to change a light bulb. Areas of mold discovered in some of the property’s 344 units went unaddressed.

It was a far cry from 2013, when Briar Hill was a well-kept property, but its owners did not keep up with capital investments. It was also the type of environment that Paul Celler and his son, Michael, hated to see.

“The most important, intangible thing for an apartment complex is reputation,” said Paul Celler, president of PAM Properties. “People give you good reviews and it’s always going to follow you. I always pride myself on that.”

PAM Properties, which is based in central New Jersey, had already been a minority partner in Briar Hill since the apartment complex opened in 1996. When the majority owners wanted to sell, the Cellers saw the opportunity to revitalize the property in a way that fits with their business strategy — a long-term, no Band-Aid approach — and values of community and serving residents’ needs.

They purchased Briar Hill for an undisclosed sum in November 2018.

“[The prior owners] weren’t keeping up with maintenance, and the rent had kind of stagnated, so we saw a good opportunity for a recapitalization and rehabilitation,” Michael Celler said.

PAM Properties, which is involved as owners in different capacities for about 2,000 apartment units across 12 properties as well as 100,000 square feet across three office buildings in New Jersey, had turned around a similarly struggling apartment complex in Hamilton four years ago. The Cellers were clear on their vision for Briar Hill and how to attain it.

They renamed the property Suncrest Village, with Suncrest as a nod to the sunrise signaling the fresh start of a new day, and Village connoting the community-focused vision for the apartment complex.

“Cervelli from the start didn’t shy away from the challenges that came with [the property],” Michael Celler said, praising Cervelli property manager Tracy LaCava. “Tracy and the team dove into the issues from Day One. They shared our vision from the start.”

That vision included cleaning up the interior and exterior spaces, providing exceptional customer service with a responsive, in-house maintenance team and updating amenities. PAM Properties also hired Silicon Valley construction startup Katerra to renovate Suncrest based on its reputation for finishing projects under budget and ahead of schedule.

The team got to work immediately, taking down 100 overgrown trees that were blocking balconies and that had root systems that were displacing sidewalks. Weeds as tall as six feet were removed, LaCava said, as four tons of dead weeds were hauled away.

“The property was so overgrown, it looked like a jungle,” Michael Celler said. “Every single window was covered with branches. … It was just a real eyesore.”

Crews also towed roughly a dozen abandoned vehicles from the property and restriped the parking lot. Garbage receptacles and areas were cleaned or replaced, and surfaces throughout the complex underwent a badly needed powerwashing.

“The feel of Suncrest is very different,” LaCava said. “Residents notice that the owners are taking pride in the property, and now so are the residents.”

Inside, the dingy carpet and dim lighting that lined the apartment building halls were replaced with wood floors and brighter lights.

PAM Properties made those initial changes to help get residents excited about the new direction of the complex and set the tone for a community atmosphere that everyone could be proud of. The team then began updating Suncrest’s community areas: Underused tennis and full-sized basketball courts were replaced with a half-sized basketball court, a playground area and a barbecue and picnic section. The pool, which had been closed since 2013, was open by Memorial Day. 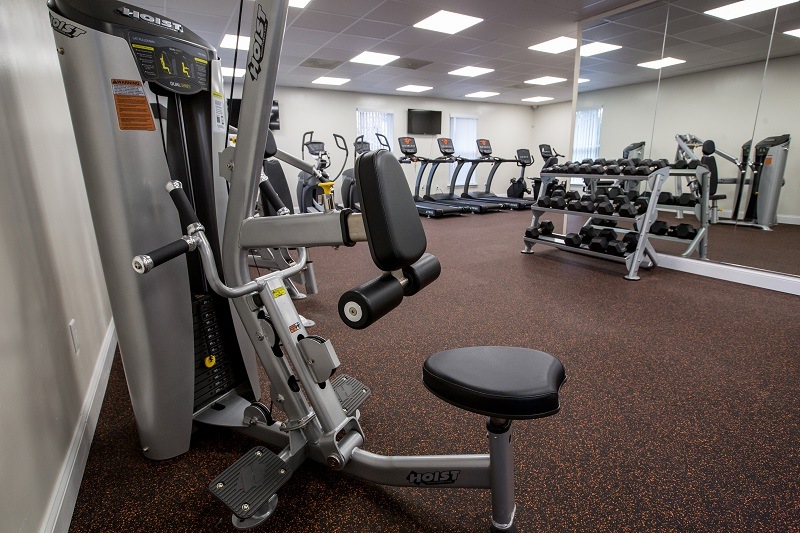 Other improvements included the addition of a fitness center and moving the leasing office to a better customer-facing location, LaCava said. Management also added an onsite maintenance staff to drastically reduce wait times for service requests.

PAM Properties has also begun renovating individual units, replacing the flooring and installing stainless steel appliances, granite countertops and smart digital thermostats. Within seven months, 18 percent of the 344 units have been renovated. This focus on the resident experience has resulted in Suncrest increasing its retention rate, despite increasing its rental rates by 5 percent.

“Being renters [ourselves], we understand what renters want,” Michael Celler said. “It looks and feels like home, even if it’s a temporary rental.”

To that end, the team enhanced the community with two dog runs.

Renovated apartments are available for $1,450 for one-bedroom units and $1,600 for two-bedroom units, according to PAM Properties. The firm is renovating additional units as they become available, with current tenants getting first dibs on moving to the refreshed living spaces.

“The thing that’s important is the feedback from the tenants that are living here,” Paul Celler said. “They appreciate what we’ve done. They see the changes. They recognize it, 100 percent. The attitude living here is so different from what it used to be.”