A physical therapy group has opened a nearly 2,800-square-foot facility in Clark, the latest addition to a new retail center developed by Denholtz Associates.

The developer and investment firm announced Wednesday that Trinity Rehab has debuted its new space at 301 Terminal Ave., part of the Clark Commercial Center near the Garden State Parkway. The facility is the newest among a dozen New Jersey locations for the practice.

Denholtz executives were among those on hand for a recent ribbon-cutting.

“Our brand-new retail center in Clark was built with the needs of the modern retail tenant in mind,” said Kristine B. Hurlbut, senior vice president of leasing at Denholtz. “The variety and number of tenants we have been able to attract to this location speaks to the successful implementation of our goal to create a property desirable to successful businesses and brands.

“The addition of Trinity Rehab LLC expands upon the services already available at this property, and it speaks to our ability to continually attract occupants across asset classes and provide value back to our investors.” 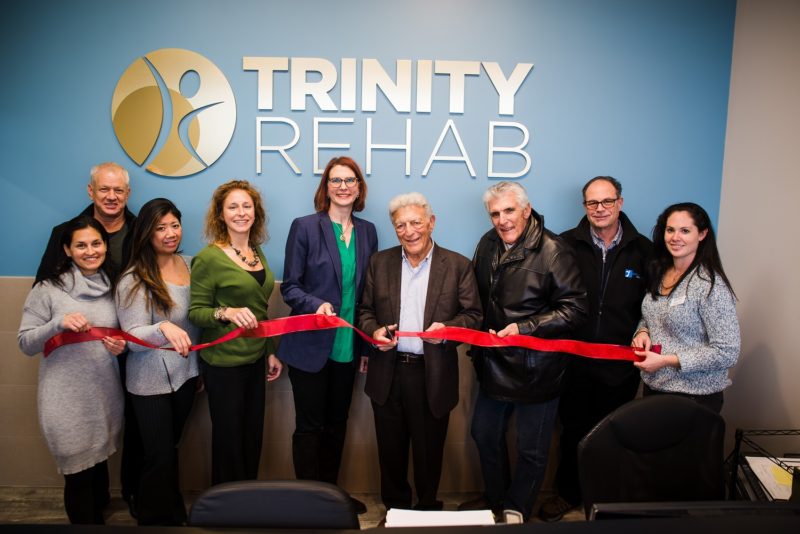 Denholtz and its partner, MB1 Capital Partners, acquired the Clark Commercial Center in October 2015. They subsequently broke ground on a 13,000-square-foot retail space that opened earlier this year and is also home to Waxing the City, CKO Kickboxing and Jersey Mike’s.

Comprised of eight commercial buildings totaling 151,819 square feet, the commercial complex extends an entire block along Terminal Avenue. The campus sits just off Exit 135 of the Parkway and a short distance from the New Jersey Turnpike.