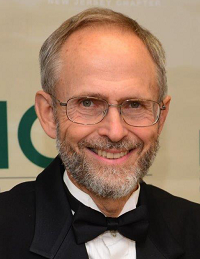 For starters, most economic development officials in New Jersey have no formal training or education in their field. Additionally, land use planning, zoning and development decisions are handled at the local level by more than 560 municipalities. Very little, if any, collaboration among towns occurs. That explains why New Jersey will never be able to successfully compete with other metro regions like Nashville, Austin, Atlanta, Philadelphia and New York City. Our state would, however, probably do quite well if several communities banded together to craft comprehensive regional development plans geared to the specific industry clusters and features that are unique to those regions. Communities within each region could then analyze how they do business with companies in terms of support services, mobility, public safety and talent development.

According to Hite, “Talent attraction is Nashville’s secret sauce and human capital is our number one investment.” The organization has a talent team that focuses on the entire spectrum from pre-K through college to ensure a well-trained workforce sufficient to fill the jobs in the pipeline. McDaniel echoed Hite’s remarks, noting, “You cannot attract industry if they cannot hire.”

One industry that’s poised for rapid growth in New Jersey this year is life sciences. According to a recent Bloomberg article, “If ever there was a virus-proof slice of the commercial real estate business, selling space for medical labs would be it. COVID-era disruptions have sparked a lot of conversations around office conversions, with commercial landlords asking about the potential of swapping out desks and cubicles with test tubes and pipettes.” (Here Comes the Life Sciences Land Rush). New Jersey is home to eight of the world’s top 10 companies for R&D productivity, including Johnson & Johnson and Merck & Co. More than 600 contract research organizations (CROs) and contract manufacturing organizations (CMOs) are located here. The New York/New Jersey region ranks No. 2 for National Institutes of Health funding. The concentration of our research hospitals, medical schools and universities, combined with our population density, multicultural diversity and transportation infrastructure makes the Garden State a perfect location for clinical trials. Today, there are more than 11,000 clinical trials in New Jersey. Our state has one of the highest concentrations of specialized commercialization expertise in the U.S. Nearly 23,000 members of the state’s life sciences cluster are focused on pharmaceutical manufacturing — that’s three times the national average. In 2019, companies with a footprint in New Jersey represented 50 percent of all new FDA drug and therapy approvals. Could your portfolio use a booster shot?  Learn more at NAIOP’s Feb. 23 webinar, “Life Sciences: CRE’s New Frontier.” (Register Now).

Life sciences is not the only sector poised for growth. According to JLL Chief Economist Ryan Severino, from both a national and state perspective, “We have a good opportunity for the economy to not just make up lost ground, but to grow at a normal rate, at least through the middle of this decade.” Most economists agree.

The Rutgers Regional Report, “Coronavirus Economic Impact Continues” finds that “Economic activity that had been suppressed by the pandemic and its end-of-2020 resurgence should accelerate in 2021, as vaccination becomes widely available and implemented. Pent-up demand may then unleash a consumer spending boom later in the year. Moreover, the $900 billion additional relief package passed by Congress in December 2020, and the expectation for additional 2021 federal stimulus funding after the new administration takes control, portend a substantial additional boost. This further increases the prospect of transforming the economic and employment weaknesses that prevailed at the end of 2020 into growing positive momentum as 2021 matures.” As I found the Rutgers report to be a veritable wealth of information, the balance of this article will mostly highlight some of its findings.

Manufacturing, once the centerpiece of the national and state economies, had steadily diminished during the past half-century as globalization intensified, and as many manufacturing subsectors were outsourced. However, the pandemic has raised very serious questions about the fragility of global supply chains and the need to re-shore critically important manufacturing activities. This suggests a renewed emphasis on manufacturing, which is already taking place in New Jersey with pharmaceuticals, resulting from the frenzy of research at Rutgers University, Columbia University, the University of Pennsylvania and other research universities.

The report found: “One of the legacies of the decade of the 2010s was the emergence of global superstar cities that would serve as blueprints for the future — dense, centralized agglomerations of creative economic activity and their many accoutrements. But the COVID crisis and the viability of remote working frayed the urban fabric — not simply its knowledge-based offices but also the systems of office support services and office-dependent amenities.” Fortunately for New Jersey, we never had much going on in that arena, as we are almost entirely a suburban state. What we do have, however, are hundreds of smaller communities, many of which have reasonably healthy downtown business districts and connectivity (via train, bus, light rail and highways) to mega cities like New York and Philadelphia.

Given these transformational changes and the widely accepted work from home model, companies are now reassessing their longer-term space needs — and this may benefit New Jersey. We could be a key “sub-hub” that fits readily with the “distributed urbanization” hub-and-spoke model, whereby firms maintain a smaller footprint in the central business districts of the mega cities, with satellite offices spread out in the smaller, less densely populated suburban enclaves that provide easier access for workers along with many of the traditional amenities. This “distributed network workplace model may provide a new lifeline for suburban offices,” according to the Rutgers report. It also remains to be seen whether the “diminishment of the central office will lead to a fading of corporate culture, flagging of creativity and erosion of team spirit.”

Another sobering conclusion in the Rutgers report is coined the “Zoom and Gloom Economy,” which speaks to how the coronavirus recession has widened the gulf between those able to navigate its effects and those who cannot. For example, last year’s residential real estate boom comprised surging suburban housing demand, soaring housing prices and the emergence of Zoom towns — amenity-rich suburban places ideal for remote-working “nests.” Housing demand usually gets hammered in recessions, but during the pandemic, suburban shelter flourished as millennials in the family-raising stage of the lifecycle decamped from urban areas to greener pastures in the suburbs. Meanwhile, other segments of the population “are barely staying afloat or, more ominously, suffering.” Thus, there is not a singular recovery path, but disparate trajectories. The reality is that many Americans are coping successfully and even prospering while many others are not doing well at all.

Earlier this month, some of us celebrated Groundhog Day. As for me, I chose to pass, since too many of the days in 2020 reminded me of that 1993 movie starring Bill Murray. Let’s all resolve to do things differently this year to achieve success, especially given our batting average and after the grueling experiences and lessons learned in 2020.

Michael McGuinness is CEO of NAIOP New Jersey and has led the commercial real estate development association since 1997. NAIOP represents developers, owners, asset managers and investors of commercial, industrial and mixed-use properties, with 830 members in New Jersey and over 19,000 members throughout North America.