Valley Health System has leased 60,000 square feet at a new medical office and retail building at The S.Hekemian Group’s North Market project in Montvale, as depicted in this rendering —Courtesy: SHG/HLW Architects

Another tenant is coming to a high-profile redevelopment site in Montvale, under a 60,000-square-foot lease between The S.Hekemian Group and Valley Health System.

The deal at North Market, a sprawling mixed-use project by The S.Hekemian Group, will create a modern surgical center that allows the provider to continue expanding in Bergen County, according to the developer. It will also be part of an 86,000-square-foot building that includes 26,000 square feet of ground-floor retail space, marking the latest addition to the former Mercedes-Benz campus off Exit 172 of the Garden State Parkway.

“It’s a nice moment of validation that Valley Health System is excited to be part of the neighborhood experience we’re trying to create in North Market,” said Peter Hekemian, senior managing director of The S.Hekemian Group. “They saw that joining one of the premier projects in northern Bergen County was a high-visibility opportunity for their brand, and they will be a big addition to what we’re building here.”

The developer is eyeing a fall 2023 groundbreaking for the new building, which follows last year’s opening of a 52,000-square-foot office building at 200 Market St. Elsewhere on the site, SHG is planning two residential buildings that will bring more than 300 units, joining other phases including the adjacent, Wegman’s-anchored retail development known as the Shoppes at DePiero Farm.

The properties have revitalized the former site of Mercedes’ U.S. headquarters complex, before the automaker announced in 2015 that it would move those operations to Atlanta. SHG is now in discussions with a high-end national retail tenant to take the majority of the ground floor at the new Valley Health building. 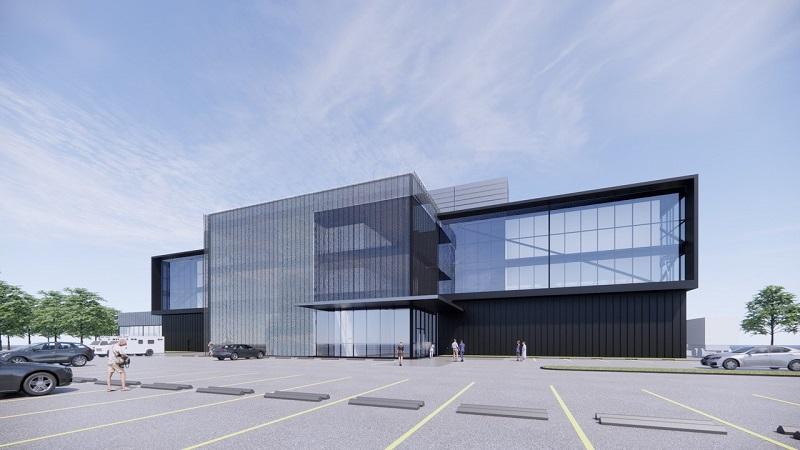