Atkins Cos. is mourning the loss of S. Stephen Atkins, the founder of the multigenerational commercial real estate firm based in West Orange, who died Saturday at age 97. 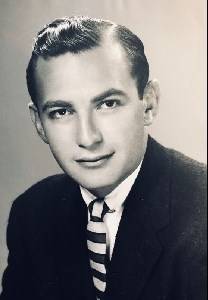 Known to his family and friends as Steve, the Paterson native started the company in 1949 after serving in the U.S. Army during World War II, having participated in the D-Day invasion and helping to liberate the concentration camp in Nordhausen, Germany, according to his obituary. He launched his real estate career using loans from the Veterans Administration, starting as a residential builder in New Jersey before expanding to retail, office and medical office properties.

Three of Atkins’ sons — Jack, Chick and Bob — joined him in the 1970s and 1980s to help grow a company that has deep ties to many of the state’s other developers and service providers. According to its website, the organization’s portfolio totals more than 1 million square feet.

“For his entire career, my father, Steve Atkins, lived the mantra of ‘Your handshake and your word are your bond — more important than any written contract,’ ” Bob Atkins said. “Never wavering from his focus on unshakable honesty, integrity and forthrightness over his entire life, he set a powerful example of doing business the right way that has set the bar that each member of the Atkins family continues to strive for to this day.

“As we reflect upon this loss, we know his legacy will continue to stand at the heart of all that Atkins Companies does today and in the future.”

Steve Atkins died of natural causes. An obituary published on Sunday described him as a devoted family man and a decorated veteran, who was awarded the coveted Bronze Star 60 years after his service as well as seven other medals. It also detailed his passion for racehorses, which he owned and ran for 50 years, noting that he won some of New Jersey’s biggest events.

Atkins is predeceased by Alice Atkins, his wife of 66 years, and by Jack Atkins, his oldest son, the obituary said. He is survived by his sons, Dick (and wife Joanna), Chick (and wife Ellen) and Bob (and wife Lisa) and daughter-in-law, Melanie, as well as nine grandchildren, their spouses and three great-grandchildren.

An in-person funeral service will be held for immediate family only, but will be streamed live on Tuesday, Jan. 25 at 11 a.m. at www.bernheimapterkreitzman.com. Contributions can be made in Atkins’ memory to RWJBarnabas Hospice Care.