Plans for The District in Berkeley Heights call for two apartment buildings with a combined 328 units and three other buildings with 190,000 square feet of entertainment, dining and retail space that will anchor a new central pedestrian corridor. — Renderings by Minno & Wasko Architects and Planners/Courtesy: The Connell Co.

The Connell Co. has unveiled new details of a plan to transform its flagship business park in Berkeley Heights, having secured approvals to add more than 300 apartments and a sprawling entertainment, dining and retail space across five new buildings.

Known as The District, the mixed-use project will augment the existing five office buildings, hotel and recreation options at the 185-acre campus along Interstate 78. Connell announced Tuesday that the township’s planning board has approved its final site plan for the project, which calls for two apartment buildings with a combined 328 units and three other buildings meant to anchor a new central pedestrian corridor.

The firm expects to complete the sweeping expansion of the overall campus, known as The Park, in 2025. Minno & Wasko Architects and Planners is the project’s design team.

“This high-quality assemblage of residences, restaurants, retail and recreational space will afford guests with an array of new lifestyle amenities, as well as provide our existing and future office tenants with the modern work environment needed to attract and retain top talent,” said Shane Connell, executive vice president at The Connell Co. “We look forward to opening the first of these spaces in fall of 2025.”

SLIDESHOW: The District in Berkeley Heights 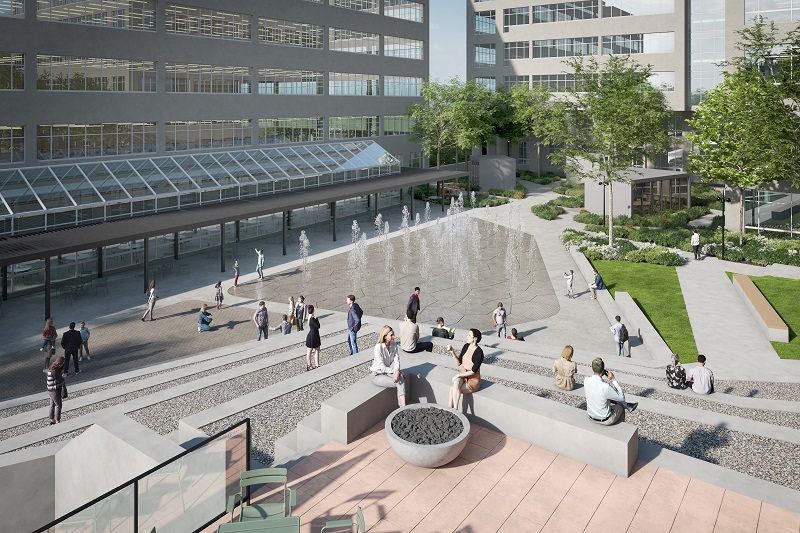 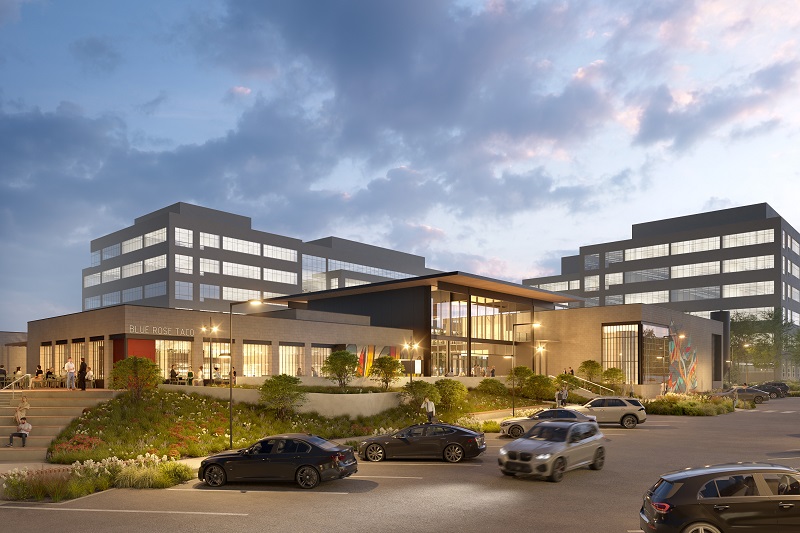 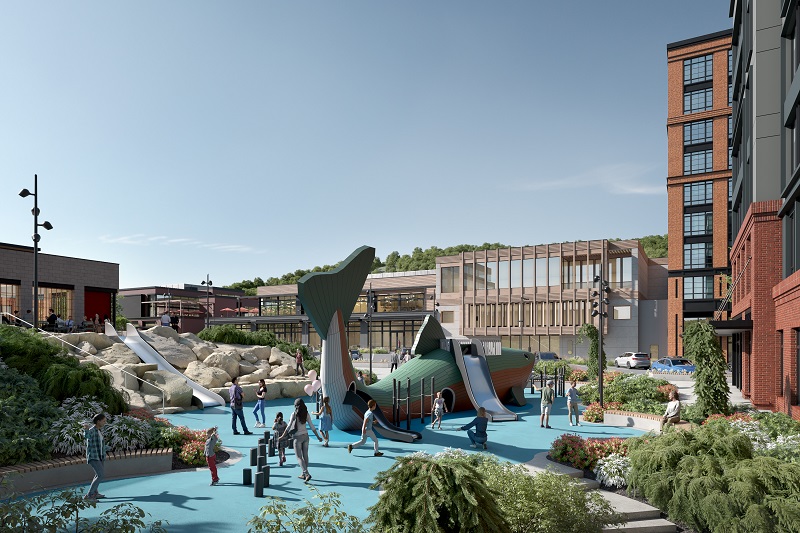 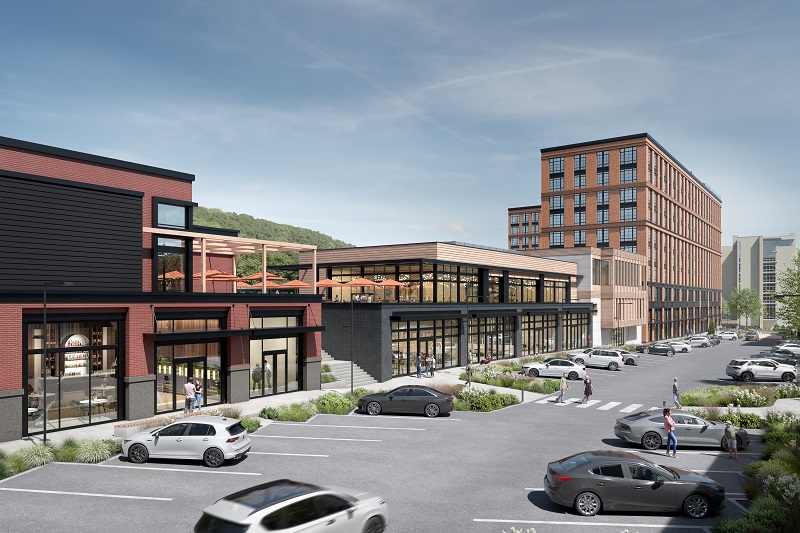 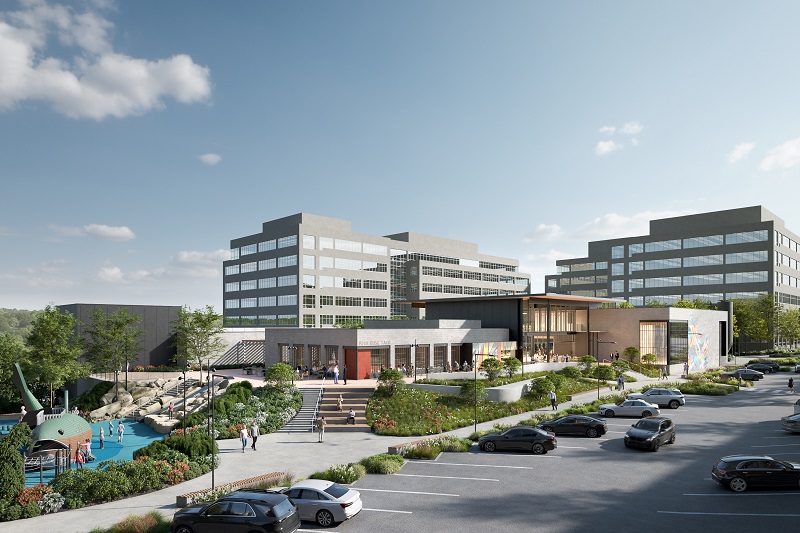 According to Connell, the property’s north and south residential buildings will contain 179 and 149 apartments, respectively. Both will have a fitness center, indoor and outdoor amenity spaces, street-front retail and parking garages for residents and retail customers.

A third building will span 81,715 square feet that is fully dedicated to entertainment, including a brewery, a covered garden and event space, a Mexican restaurant and an Italian steakhouse, along with a bar and duckpin bowling nightlife entertainment concept, Connell said. Also along Main Street will be two retail buildings, one of which includes 30,515 square feet for a spa, restaurant and street-front retail, while the other will house 25,755 square feet of retail space and a loading dock for two large-format retailers.

With plans to serve tenants and residents on site as well as other community members, Connell also noted the addition of a park that provides entertainment and meeting spaces, as well as a playground with custom play equipment.

“As evidenced by The Park’s leasing success to date, there is a proven need for mixed-use spaces that facilitate a connected community with an emphasis on hospitality, health and wellness,” said Stephen Kilroy, senior vice president of hospitality and marketing at Connell. “The District — which adds family-oriented entertainment, athletic facilities and walking space to our plethora of existing fitness, nutrition and co-working offerings — will further our ability to meet the lifestyle needs of the surrounding community.”

The firm detailed its plans on Tuesday as Fiserv, a global provider of payments and financial services technology, was set to unveil its new 428,000-square-foot innovation hub at The Park. The company, which will occupy Building 100, announced its plans last fall after securing a seven-year, $109 million state tax credit in connection with plans to open the facility and add nearly 2,000 jobs in New Jersey.

Connell’s plans have been in the works for several years as the multigenerational company sought to reposition the property, which it has assembled through 11 acquisitions starting in the early 1980s. The campus is currently home to 1.5 million square feet of office space housing the likes of L’Oreal, Bristol Myers Squibb, HP and Samsung, along with a 176-room Embassy Suites hotel, the Grain & Cane restaurant, Starbucks, Life Time Fitness, outdoor walking and jogging trails and the 40,000-square-foot coworking space known as Round Table Studios.