Kokes Properties has broken ground on the first piece of a 190-unit luxury rental community at the former site of an iconic garment factory in Riverside.

The developer on Monday announced the start of construction for what will be 22 luxury townhomes, 64 apartments and a 3,000-square-foot clubhouse at 136 South Fairview St. With completion slated for September, the work will give way to the build-out of another 104 apartments in what will be known as The Mill at Riverside, boasting a location just one block from NJ Transit light rail service.

The project is bringing new life to the former site of the William F. Taubel Hosiery Mill complex, which was once the township’s largest employer.

“Any successful redevelopment effort depends on more than just private investment,” said Michael J. Kokes, president of Kokes Properties. “It requires strong leadership, courage and an unwavering conviction on the part of the governing body to act in the long-term best interest of the town.

“From day one, Riverside’s collaborative and welcoming disposition has been a pleasure to work with, and the township officials really deserve a tremendous amount of credit for the leading role they have played in helping us get to where we are today.” 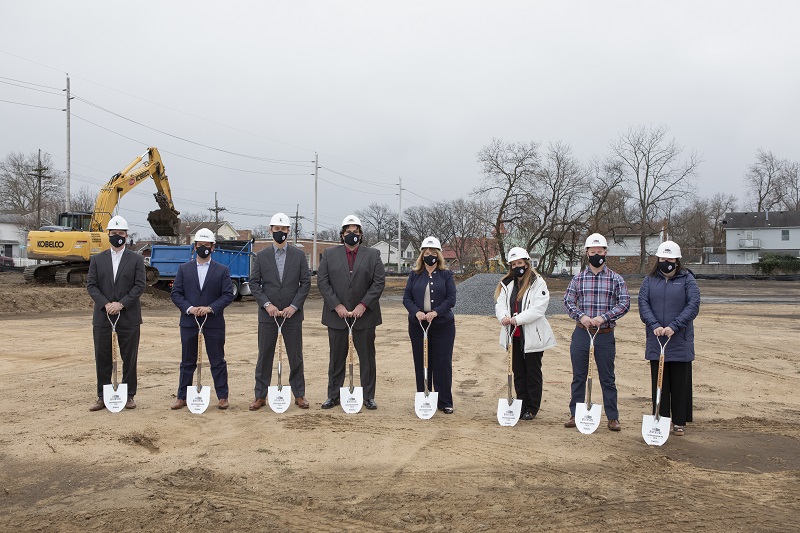 Kokes, which is based in Brielle, said the design of the complex drew inspiration from the former garment factory, which was razed in 2006. The firm acquired the land in 2019 and presented a vision that struck a chord with local officials, following multiple site plan revisions by the township dating back to 2008.

The developer noted that it used century-old photos as a guide as it incorporated some of the original building’s features into its own architectural design.

“The Mill at Riverside project restores an architectural mainstay of the township’s history,” Riverside Mayor Jason Frey said. “Taubel’s Mill was a landmark that meant so much to so many residents. This residential development will reinvigorate Riverside’s future and, at the same time, pay tribute to its past. We appreciate having a partner like Kokes Properties that believes in our community.”

The property will offer on-site parking, bike storage, a fitness center, package rooms and other resident amenities, according to a news release. Along with its proximity to NJ Transit’s River Line, the site is roughly 30 minutes from Center City Philadelphia.

“When Riverside was first settled, the founders named it ‘Progress,’” Kokes said. “More than 150 years later, our mission now is to live up to the billing of that word. As responsible corporate citizens, we pride ourselves on fostering constructive working relationships within the communities in which we operate, and we are extremely grateful for the one we share today with Riverside.”