Deugen Development LLC and Greenwood Development have purchased a 17,500-square-foot industrial property at 6-8 Gates Ave. in Montclair and are now planning an adaptive reuse that will bring new retail and creative office space to the downtown, as depicted in this rendering. — Courtesy: Deugen/Greenwood

A joint venture is set to restore and repurpose a historic warehouse in Montclair, with plans to bring new retail and creative office space to the municipality’s acclaimed downtown.

The partners, Deugen Development LLC and Greenwood Development, say they’ve closed on their acquisition of the 96-year-old, 17,500-square-foot property at 6-8 Gates Ave. They’ve also secured planning board approval for their proposal, which calls for a 1,953-square-foot addition and a total rehab of the existing facility.

When complete, the new-look building will house some 5,000 square feet of high-end retail space at street level, a second floor with co-working and pod uses and loft-style offices on the third and fourth levels. The office space will total around 15,000 square feet. 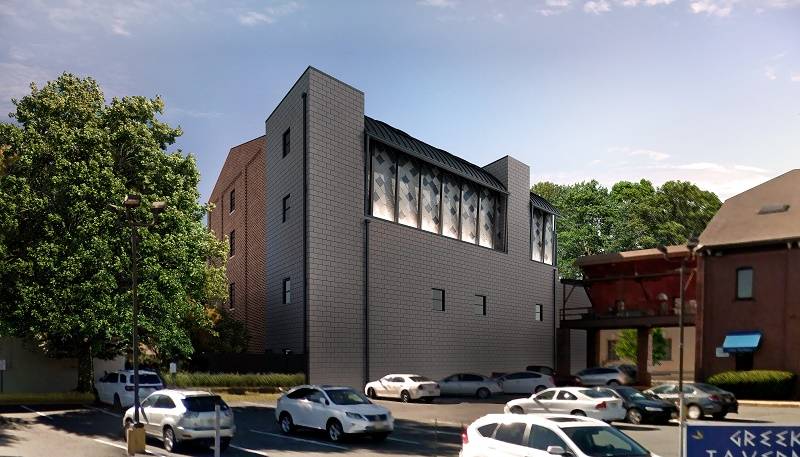 Originally built in 1926, the former warehouse property has served as a moving and storage facility since the 1970s. It sits at the corner of Gates and Bloomfield avenues at the historic Lackawanna Plaza intersection, the developers said, pitching it as an important extension of the popular and still-growing central business district.

“The retail, with open ceilings and a private outdoor space, is designed to attract the kind of unique tenants, such as fitness studios, restaurants and art galleries, we’ve come to love in Montclair, while floors two through four will feature modern loft offices with 11-foot to 14-foot ceiling heights and an array of amenities, such as lounges, print areas, outdoor spaces, conference space and parking,” said David Genova, Greenwood’s founder.

The project is slated for completion in the fourth quarter of this year, the firms said. They are now marketing 4,850 square feet of retail space and 750- to 4,000-square-foot office units across the upper floors, with a location that is minutes from NJ Transit’s Bay Street station, a host of retail and dining options and amenities such as the Wellmont Theater.