A rendering of REVA Rahway, a 219-unit rental project at 1255 Main St. in Rahway by AST Development Corp. and Sterling Properties — Courtesy: AST

AST Development Corp. and Sterling Properties are partnering on another project in Rahway, where they’ve started construction on more than 200 new luxury apartments.

The joint venture broke ground earlier this month at 1255 Main St., with plans calling for 219 rental units and 20,000 square feet of elevated outdoor courtyard space, among other amenities. The project will redevelop a 3.6-acre site near City Hall, which previously housed the indoor sports complex known as the Center Circle.

Shane Soranno of AST Development said he expects leasing to begin in about 14 months.

The project, designed by Minno & Wasko Architects and Planners, comes about four years after AST, Sterling and Heartstone Development delivered 116 luxury apartments in the city. Known as Metro Rahway, the project transformed 1.6 acres on Campbell Street between Elm Avenue and West Cherry Street, capitalizing on a location just a block from the city’s train station.

AST said the newest project, REVA Rahway, will include 33 studios, 112 one-bedrooms and 74 two-bedrooms. It will cater to young professionals and commuters with amenities such as a fitness center, resident lounge, café, tech lounge and the outdoor courtyard. 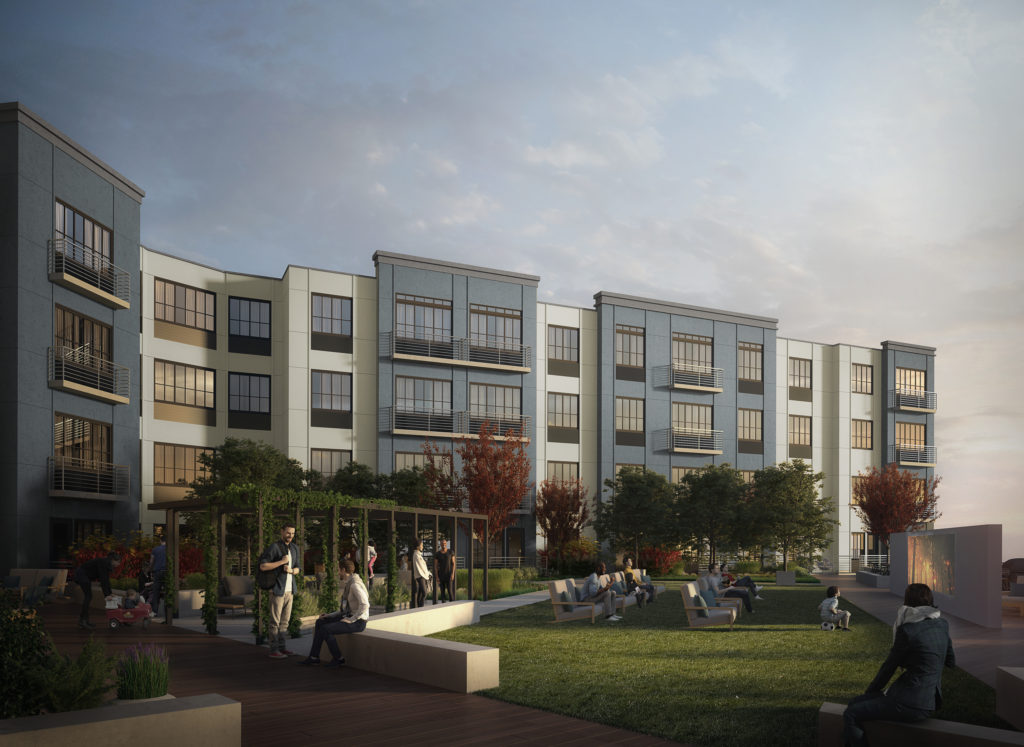 “We’re really focusing on resident-based services and going a step beyond just the amenity spaces by offering services that we think the tenants appreciate,” Soranno said, adding that the development team is also pushing home automation to offer an amenity that, to date, has been largely confined to urban submarkets.

He also said the elevated courtyard would be new to Rahway, a feature that stems in part from the layout of the development site.