A rendering of a new two-building, mixed-use project in Montclair that will be anchored by the historic Wellmont Theater — All images courtesy: Ironstate Development Co./ Marchetto Higgins Stieve/Minno & Wasko Architects and Planners

Ironstate Development Co., Brookfield and The Pinnacle Cos. have broken ground on a long-awaited, $135 million project in downtown Montclair that will deliver 200 apartments and a mix of artist and commercial space alongside the historic Wellmont Theater.

The joint venture on Monday broke ground on the two-building project on Bloomfield Avenue, joining Montclair Mayor Robert Jackson and other public officials. With completion slated for 2020, the redevelopment calls for buildings of six and seven stories that will straddle Seymour Street, along with structured parking and a 12,000-square-foot public plaza.

“Our company has always been focused on finding the special attributes of a particular community or city and bringing those out through our development,” said David Barry, CEO of Hoboken-based Ironstate. “And I think in Montclair, its historic character is really important.”

Barry, a native of nearby South Orange, said the town’s heritage is reflected in its diversity, culture and the architecture of structures such as the Wellmont Theater. He added that the town’s connectivity and walkability remain a major draw.

“We also believe very strongly in community building through thoughtfully programmed public spaces and curated retail that enhances area residents’ overall experience on a daily basis and creates energy and life on the street,” he said. “We’re excited to be a part of creating a destination that is authentic to Montclair and complements its unique character and appeal.”

SLIDESHOW: Redevelopment at the Wellmont 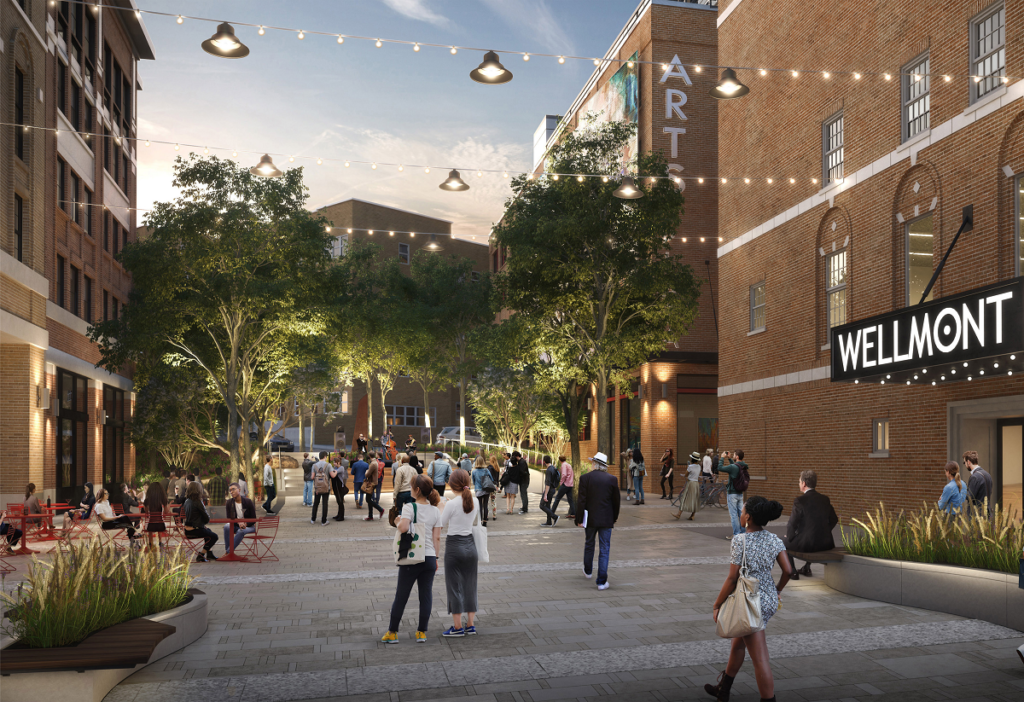 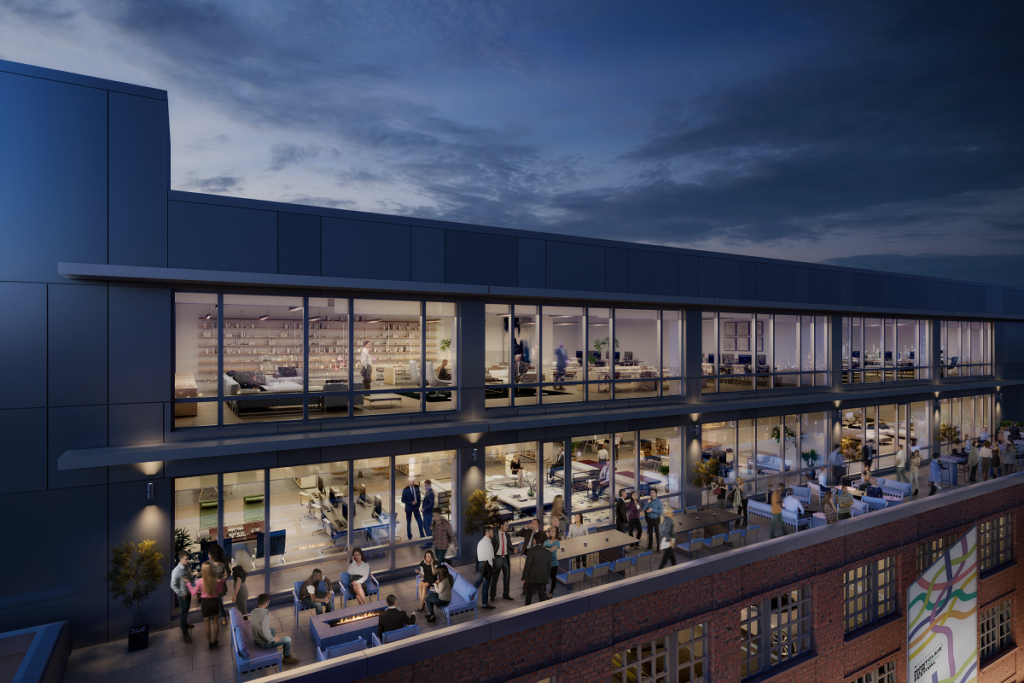 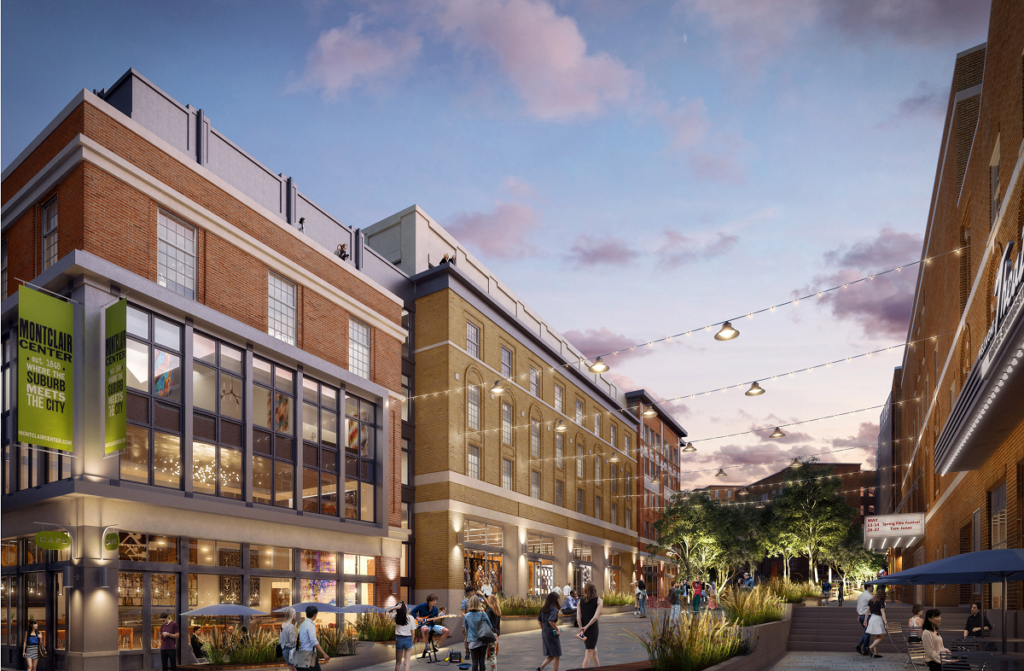 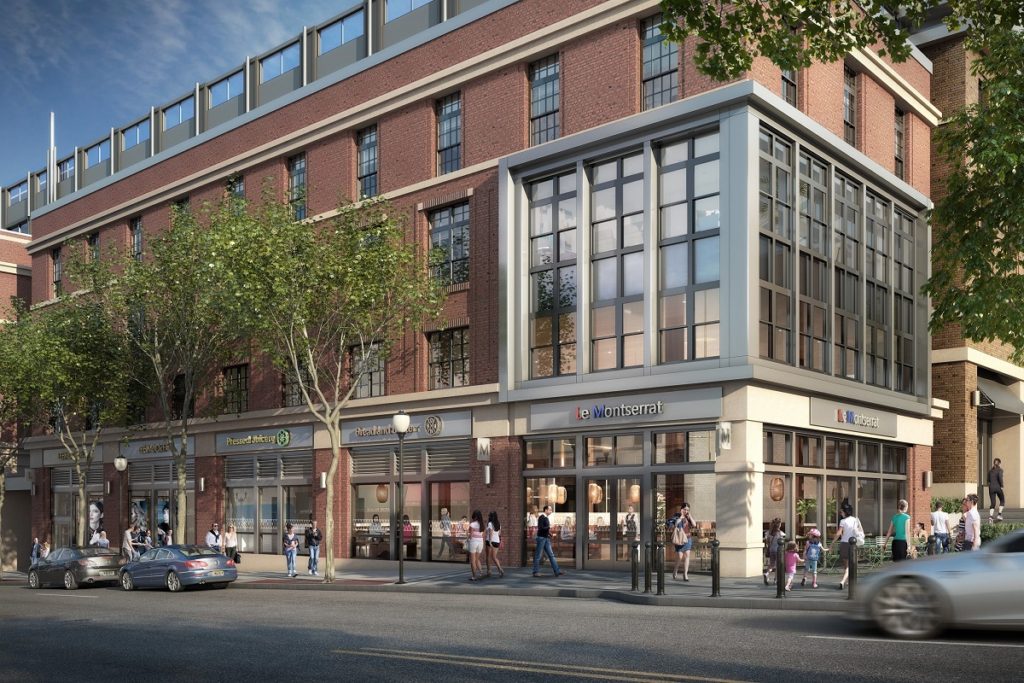 Marchetto Higgins Stieve and Minno & Wasko Architects and Planners designed the project, with interiors by Kara Mann Design. The individual components of the 2.5-acre redevelopment include:

The plaza is expected to host open-air performances and other events, while the theater’s box office will open onto the plaza to create foot traffic throughout the year, Ironstate said. And with the hope of completing the block around the Wellmont, the developers aim to support Montclair’s goal of drawing new visitors to its downtown while providing a vibrant gathering space for existing residents.

“This development surpasses my dream of a first-class arts district for our township,” Jackson said. “I’m thrilled that Brookfield and Ironstate are underway and moving at a great pace. Today’s groundbreaking is a milestone. I can’t wait to cut the ribbon.”

Ironstate said the new buildings will respect the historic architecture and brickwork at adjacent buildings like the Wellmont Theater and Kahn Building. To that end, both buildings will feature predominantly brick facades while offering modern amenities and high-end commercial spaces.

In a news release, the developers also said the office floors and a rooftop space in the residential building will offer views of the landscape and Manhattan skyline.

The project also aims to capture the demand for mixed-use spaces anchored by the arts. The storied Wellmont Theater, which opened in 1922, has hosted acts such as Charlie Chaplin and later become a movie theater that is well-known to area residents.

The venue in recent years has undergone renovations to modernize its infrastructure and reopened in 2008 as a live concert facility, which hosts more than 100 events annually.