Renters are flocking to a revitalized site in northern Secaucus, where three well-known builders have delivered more than 100 new luxury apartments at the edge of the Hackensack River.

Located at 1631 Paterson Plank Road, the collection of 116 homes known as The Waterton sits directly across from the American Dream retail and entertainment complex. Its developers —Woodmont Properties, Canoe Book Development and PIRHL — say the property is more than 50 percent leased, citing its waterfront location, amenities and access to public transit.

The team recently joined Secaucus Mayor Michael Gonnelli and other local officials to mark the project’s completion and the demand from renters during two months of leasing.

“The Waterton gives residents the best of both worlds — the calm of the suburbs with its location on a charming, private cul-de-sac, coupled with easy access to the city and downtown Secaucus’ vibrant restaurants, retail and entertainment,” said Lara Schwager, senior vice president of development at PIRHL. “We’d like to thank Mayor Gonnelli and all of the Secaucus township officials who shared in our vision to bring a unique modern living experience to the waterfront.” 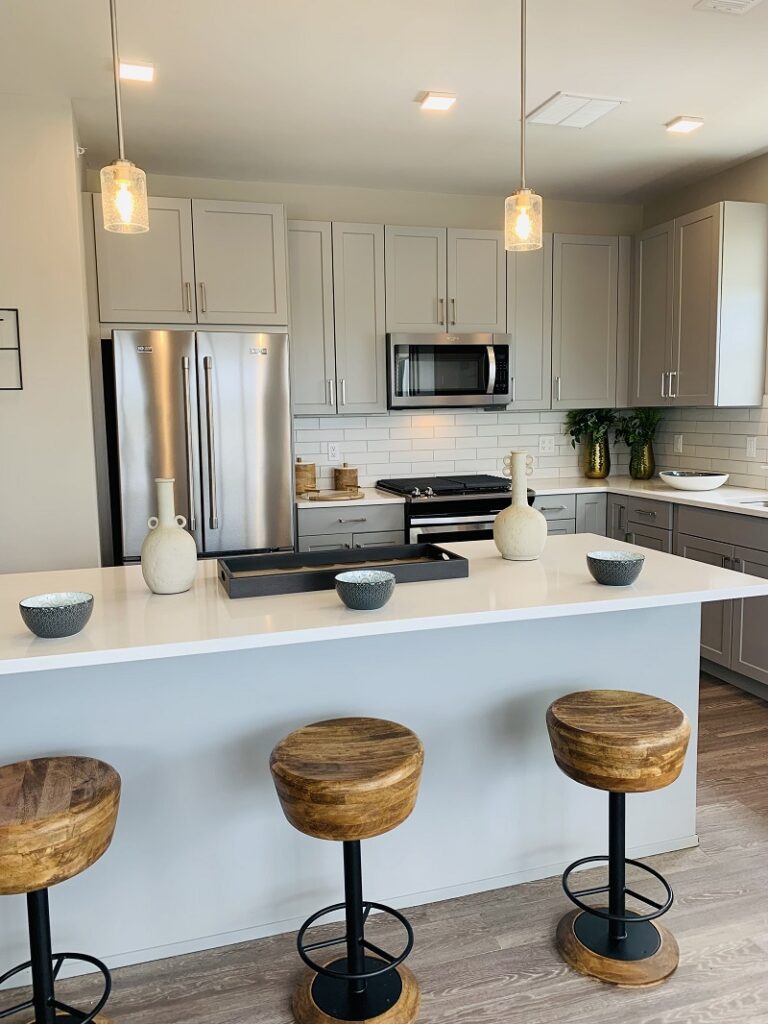 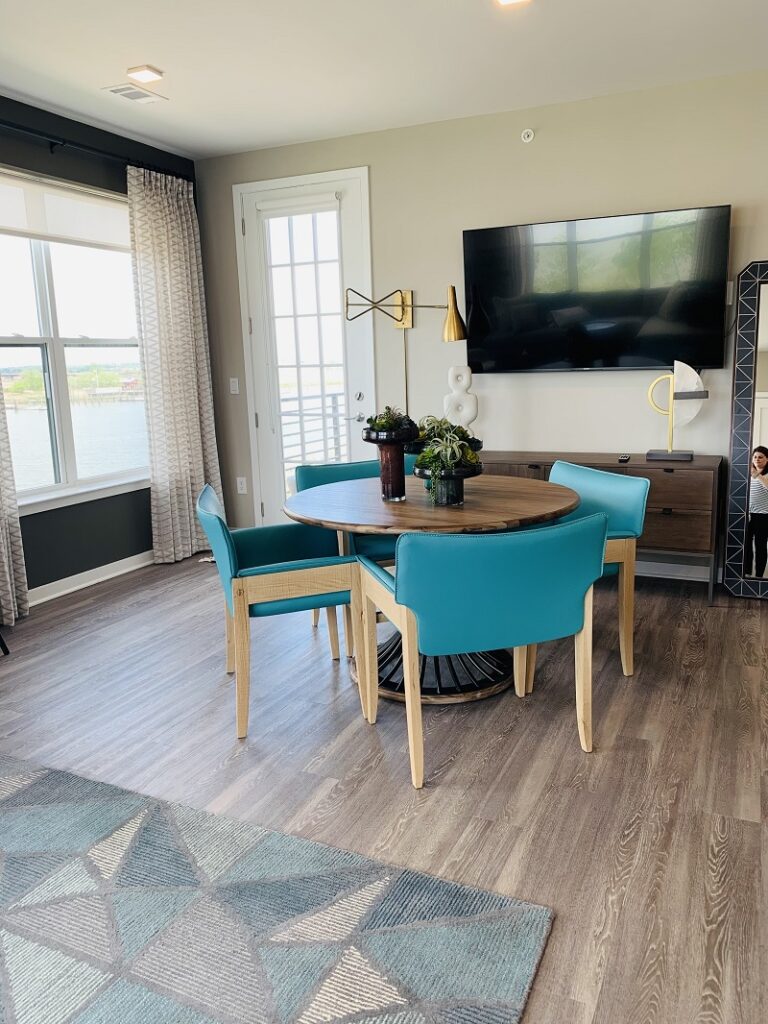 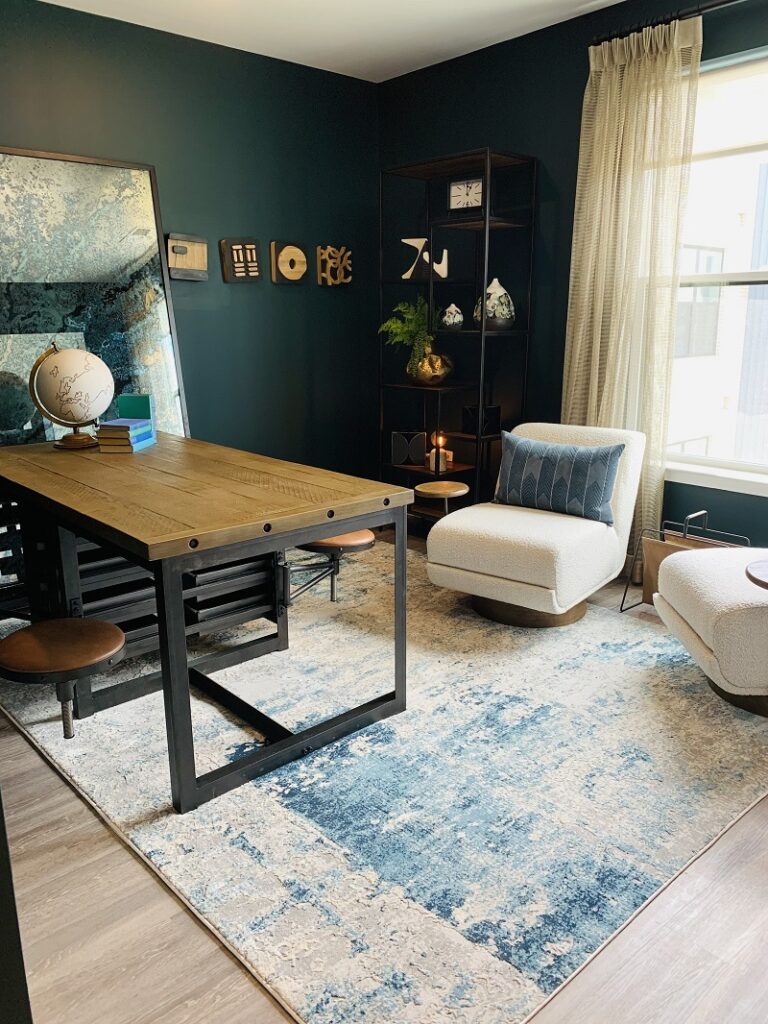 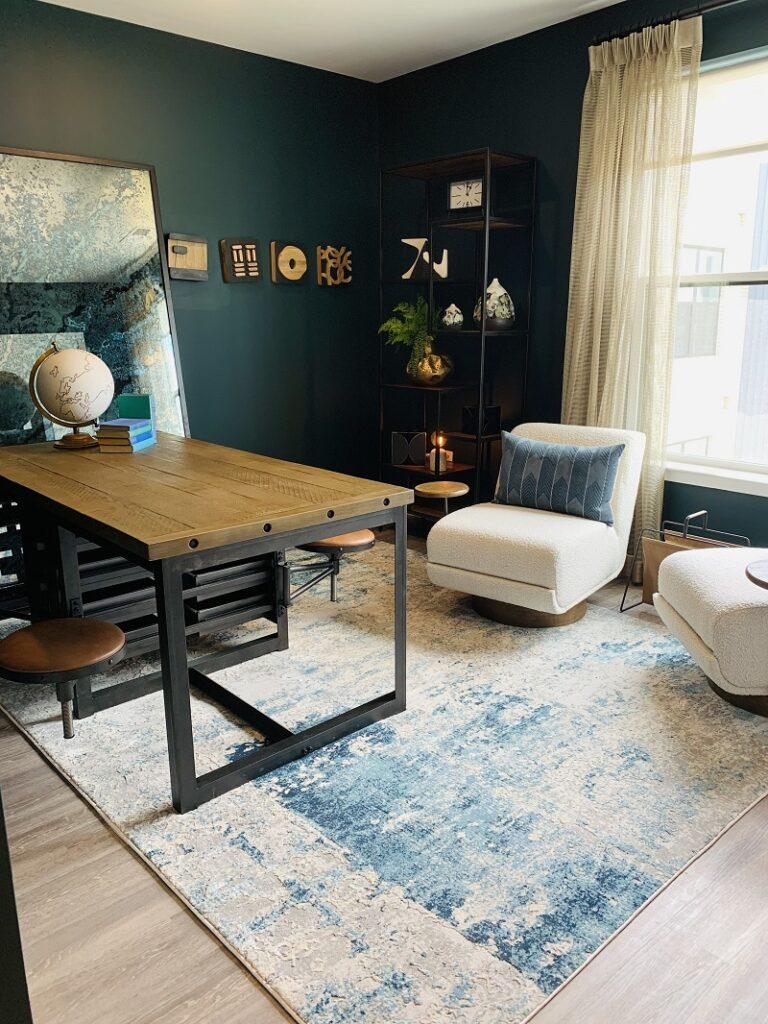 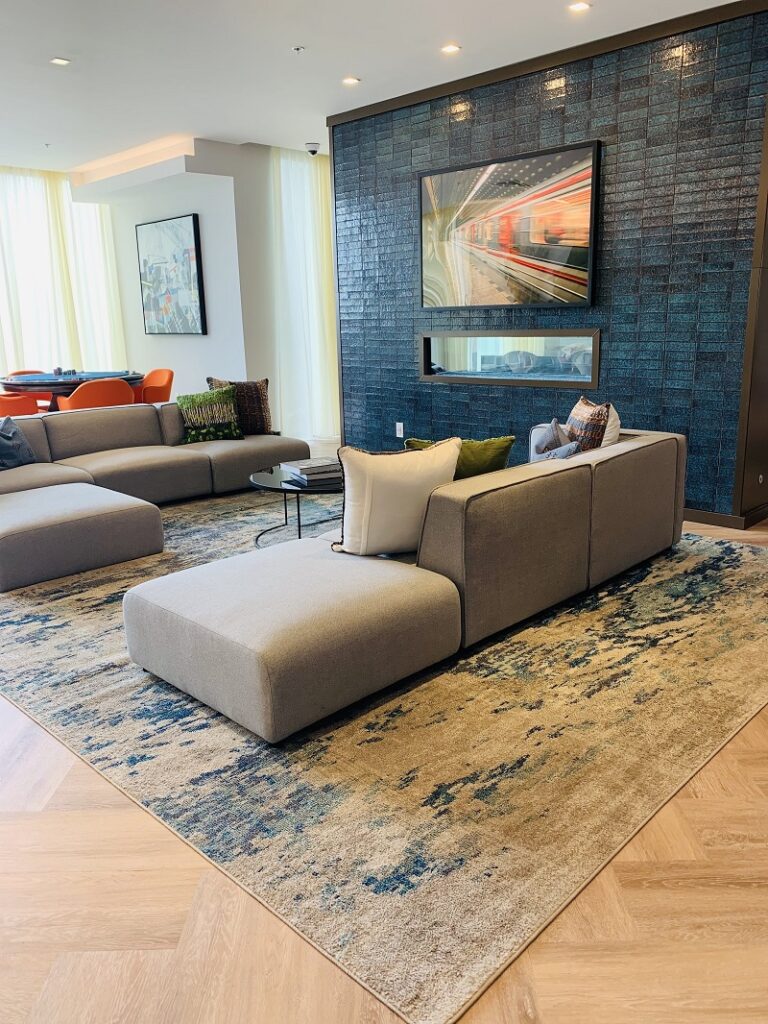 The complex has transformed the former site of a concrete plant in an otherwise tranquil pocket of Hudson County. PIHRL began the process of securing approvals after putting the site under contract in 2017, Schwager said, before bringing Canoe Brook into the project and later tapping Woodmont as the third partner to help guide construction.

The developers worked along the way with officials from the town and the New Jersey Sports & Exposition Authority, which has jurisdiction over the site, while navigating the COVID-19 crisis with a lending team at the former People’s United Bank.

“It’s rare that you have three developers that are working together on a project, but I think everyone in this partnership brought something special to it,” Schwager said. “And I think that’s why it worked so well.”

The site is now home to a mix of upscale studio, one-bedroom and two-bedroom apartments at the northern end of Paterson Plank Road. Residents of The Waterton are walking distance of downtown Secaucus, which features a host of restaurant and retail options, and some three miles from the Lincoln Tunnel.

“Certainly, this Meadowlands region has become a beacon for new development,” said Canoe Brook Principal Carl Goldberg, who is a former NJSEA chairman. He pointed to redevelopment across the municipalities within the district, while Canoe Brook’s Jack Tycher noted that The Waterton is also somewhat distinctive.

“What’s special here, unlike most of what’s been built in the Meadowlands, is the boutique nature of it,” said Tycher, a partner with the Roseland-based firm. He added that most other projects in the region are “in high-visibility areas, and this is an opportunity here to allow someone to live somewhere that’s quieter, so it’s an unusual location — with a view.”

“Secaucus continues to be a desirable place to live and we are excited to officially welcome The Waterton to our dynamic town, which truly has so much to offer,” Gonnelli said. “Woodmont Properties, Canoe Brook Development and PIRHL delivered on their promise for an incredible property that will serve our community for many years to come.”

The developers added that select units have balconies and terraces, while residents have access to the ButterflyMX smartphone video intercom system. Many of the first-floor homes also have self-contained rear yards that are ideal for families with children and pets.

Additionally, The Waterton has an expansive sundeck with riverfront views, an outdoor lounge area with a grilling and dining areas and fire pits, among other features. Indoor amenities include a lounge with billiards and a bar, private offices and conference rooms, a coworking lounge with a coffee bar and a fitness center with private yoga studio and FitnessOnDemand.

“We pulled out all of the stops for this stunning boutique luxury community and we’re thrilled to officially unveil it to the Secaucus community,” Tycher said. “Residents of The Waterton will have access to some of the best indoor and outdoor amenities with breathtaking views, along with convenient access to New York City.”