The developers of a long-awaited, luxury apartment tower near the New Jersey Performing Arts Center in Newark have taken the wraps off the 245-unit building.

Dranoff Properties Inc. and NJPAC said Monday that they’ve launched leasing at the 22-story development, known as One Theater Square, and expect move-ins to begin next month. Located at 2 Center St., the glass and brick tower sits directly across from the performing arts venue and Military Park, offering apartments with monthly rents ranging from $1,775 to $4,100.

“With everything for life, work and play just steps away, One Theater Square embodies a bold, new vision of downtown Newark,” Carl Dranoff, CEO of Dranoff Properties, said in a prepared statement.

The milestone for the $116 million, mixed-use project comes more than a decade after it was first proposed. The development, which has had the backing of state officials, was long seen as a logical extension of NJPAC and a means of using the venue to create additional economic value in downtown Newark.

SLIDESHOW: Inside One Theater Square 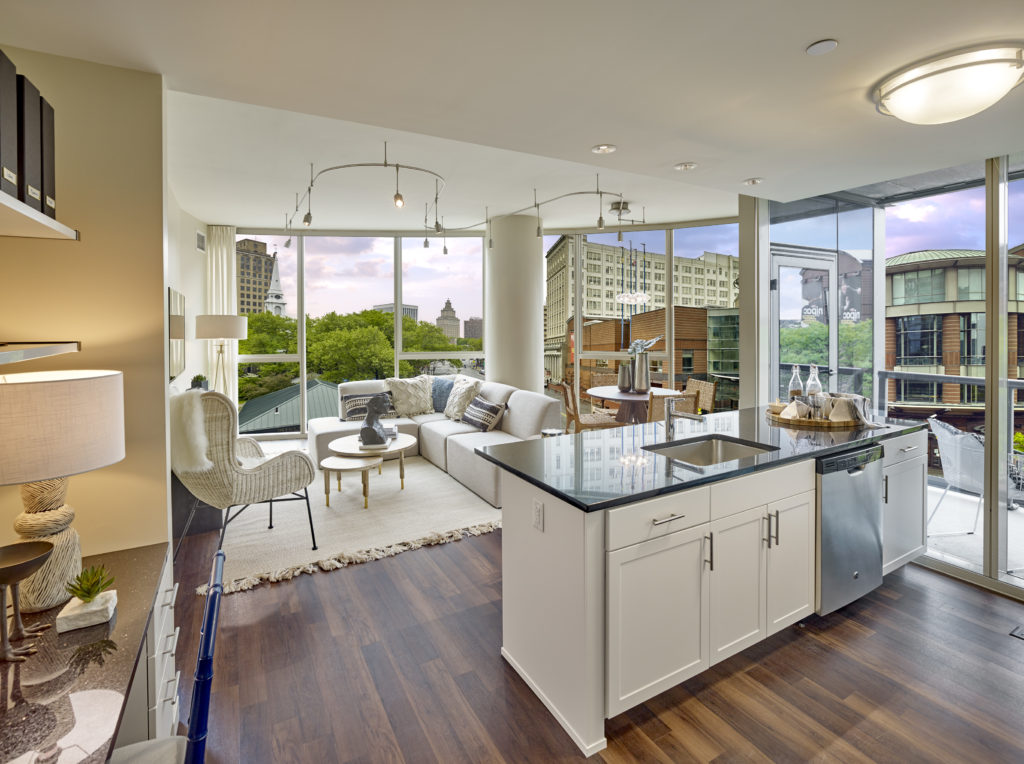 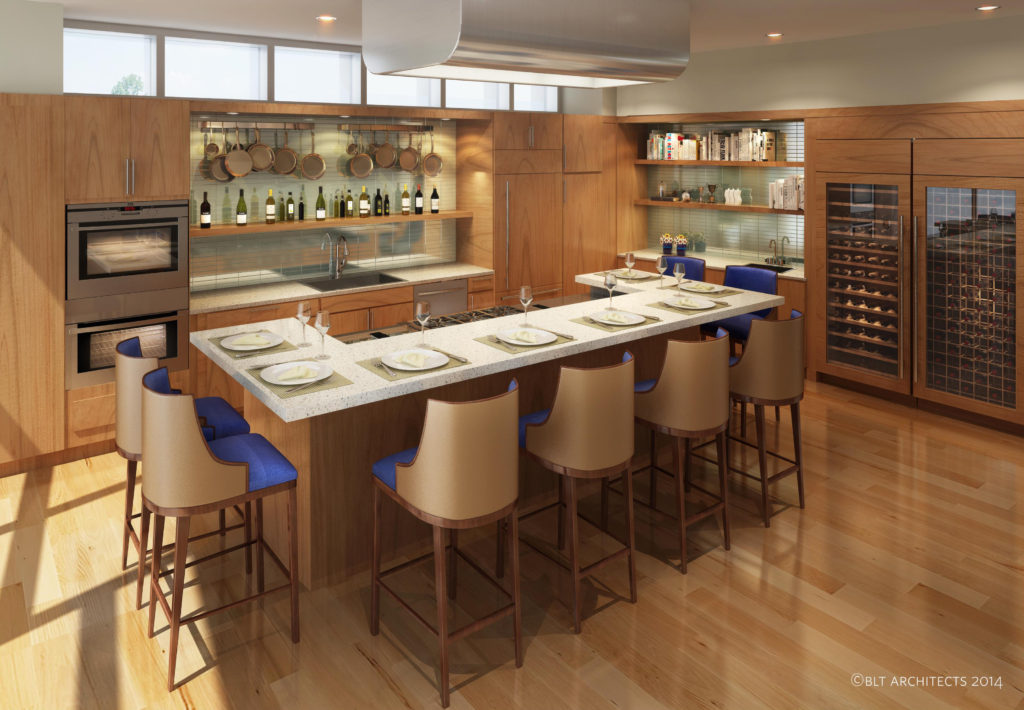 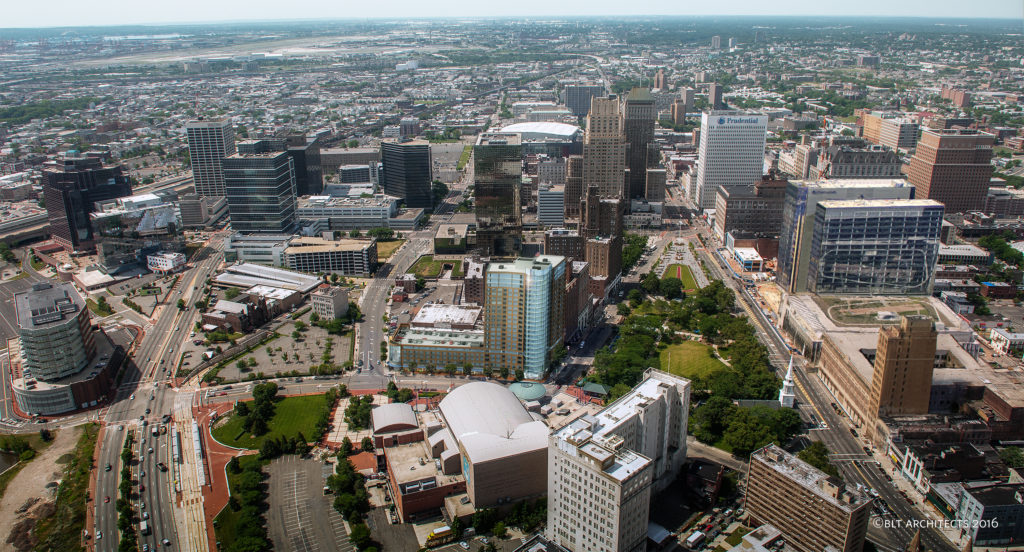 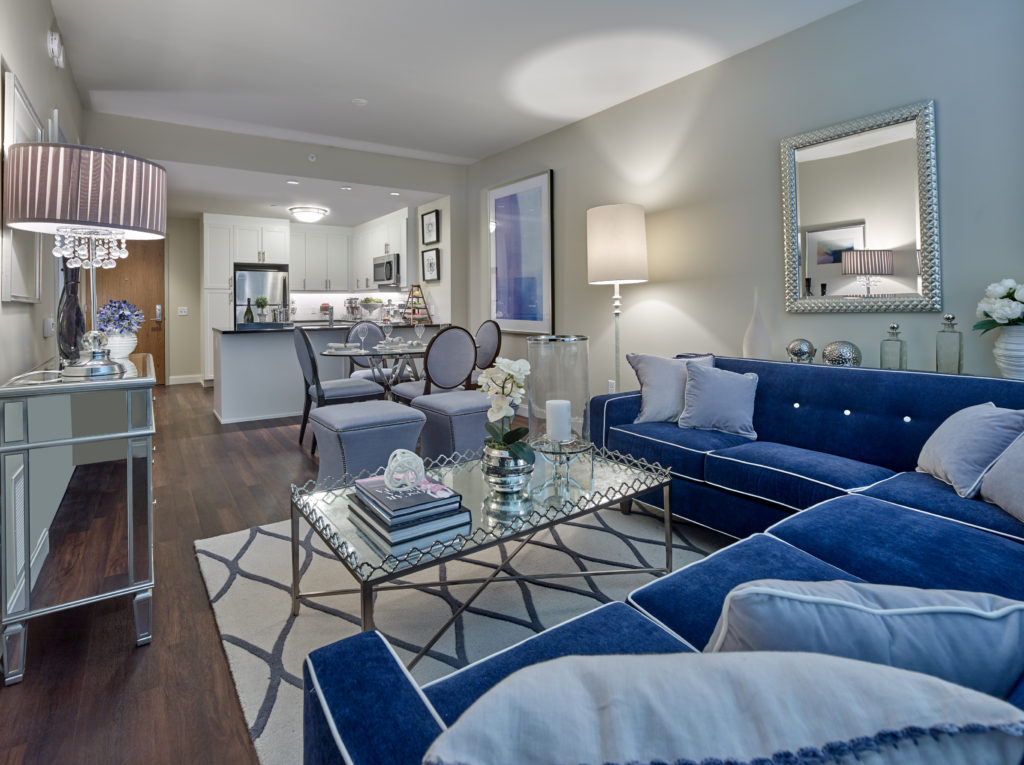 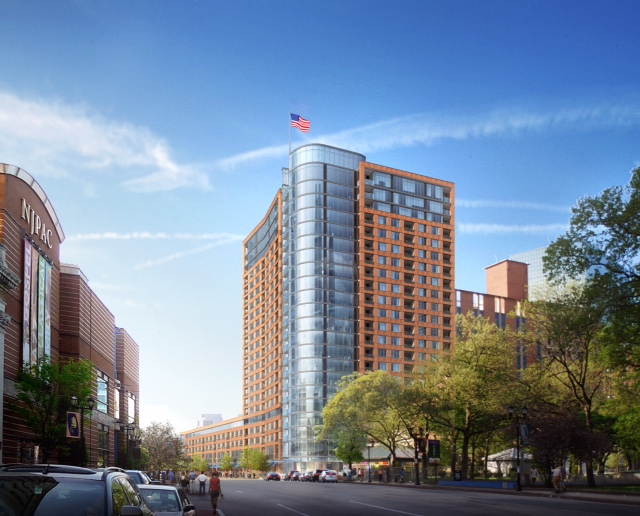 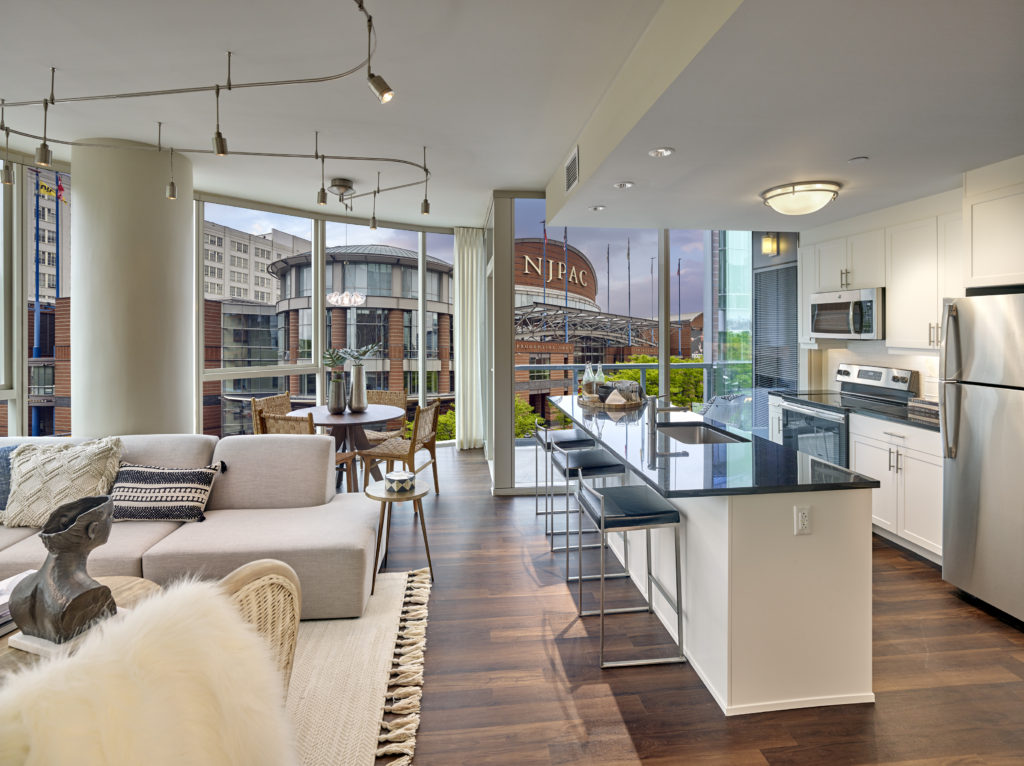 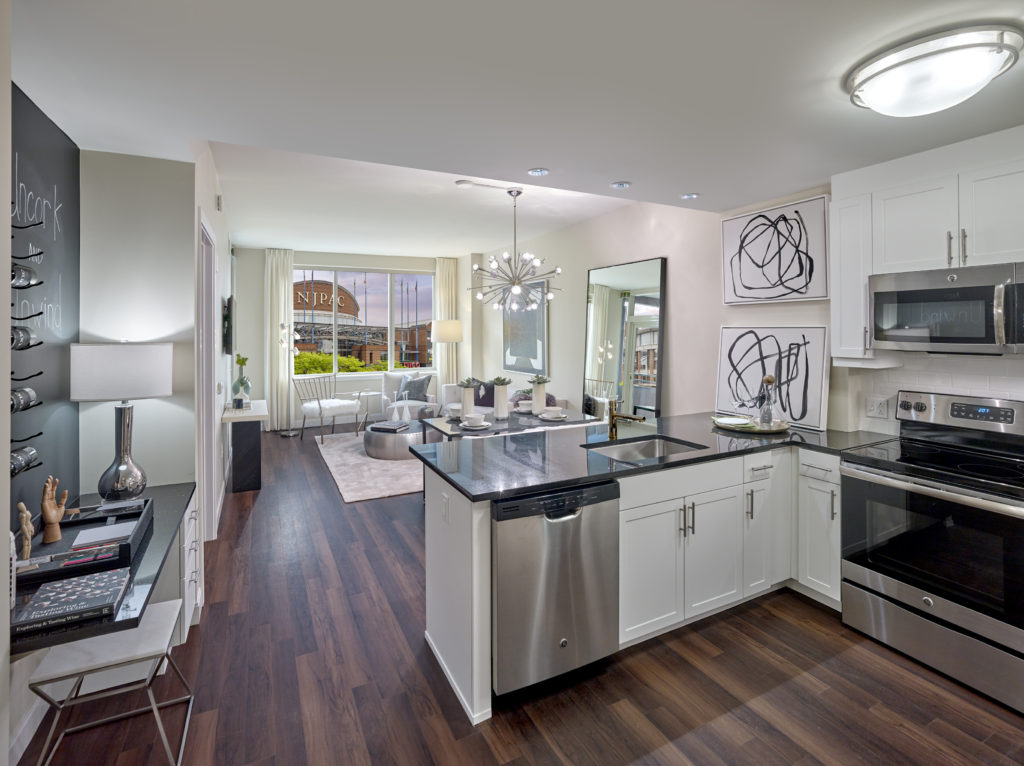 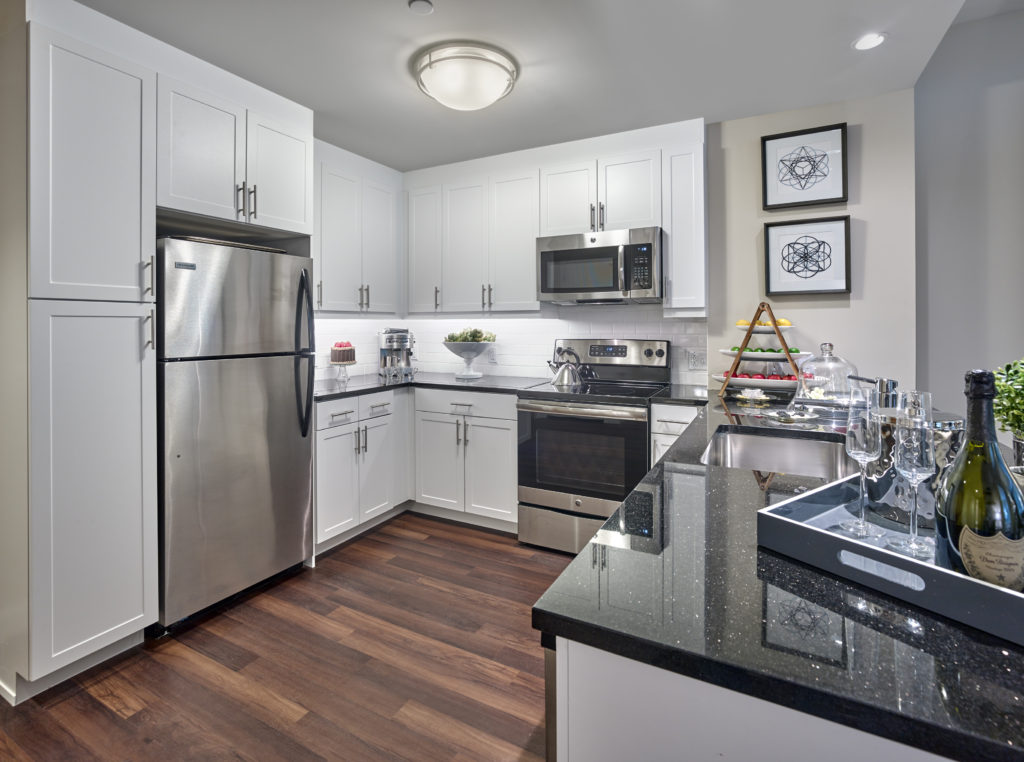 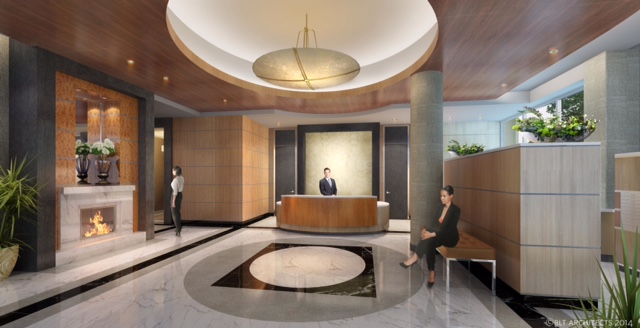 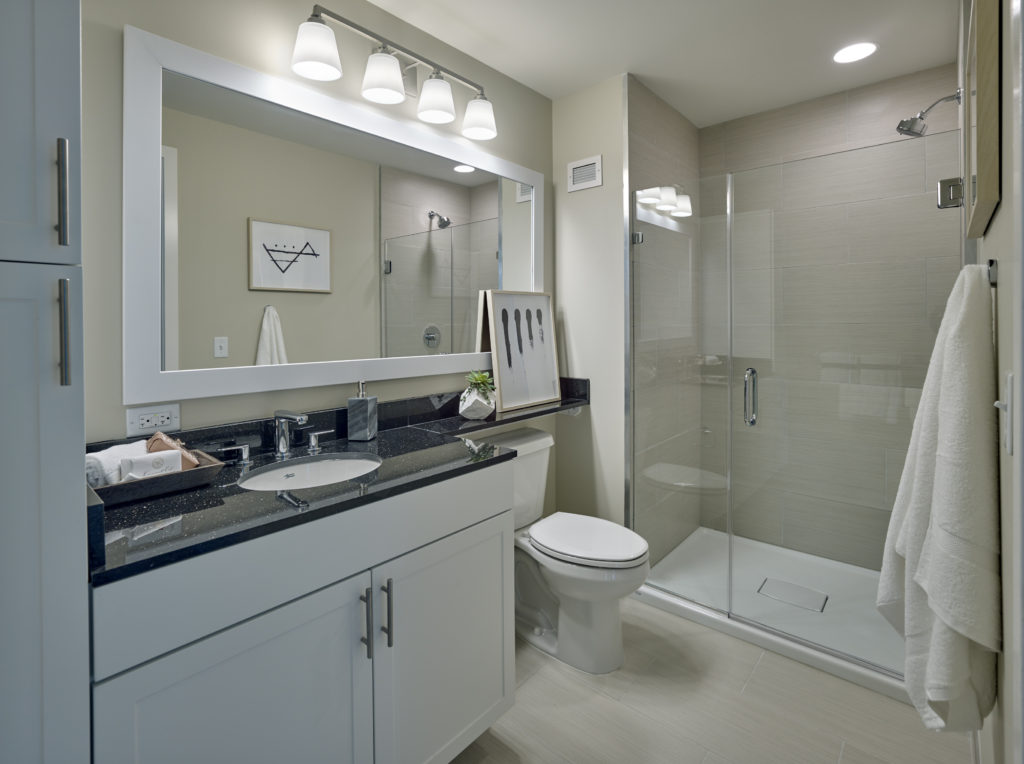 It also comes as other new market-rate development moves ahead in the city. At One Theater Square, developers are touting apartments ranging from 504-square-foot studios to 1,604-square-foot three-bedroom units, all with high-end finishes and appliances.

The spaces also offer large windows that provide views of Military Park, downtown Newark and the Manhattan skyline, according to a news release. Amenities include a lobby attended by a 24-hour concierge, club room with demonstration kitchen, fitness center and other common spaces.

Two dozen of the 245 apartments will be leased to income-qualifying candidates, with monthly rents ranging from $738 to $771 for studio and one-bedroom units.

“One Theater Square’s mix of market rate and affordable units provides a fair opportunity for all Newark residents who wish to make this remarkable building their new home,” said John Schreiber, NJPAC’s CEO and president. “The Arts Center is vested in the renaissance that is sweeping downtown Newark, and One Theater Square will be an exciting addition to an already vibrant local scene by offering convenience, retail opportunities and high-quality housing.”

Plans also include a 285-car garage and 12,000 square feet of high-end retail and restaurant space at the ground level. The property is within walking distance of the city’s light rail, NJ Transit and Amtrak rail lines and employers such as Prudential Financial and Audible.

One Theater Square: The right project at the right time