Amazon has continued its rapid expansion in New Jersey, reportedly leasing more than 1.5 million square feet of industrial space across a half-dozen in the fourth quarter of 2020.

The economic engine powering the New Jersey industrial real estate market will continue to be the rapidly transforming retail sector, driven primarily by relentlessly rising demand from consumers for rapid home delivery of purchases, whether from online retailers or traditional but restructured brick-and-mortar retailers.

That’s according to brokers and research experts at large commercial brokerage companies active in the Garden State.

“When we look at the fundamentals for 2020, on the industrial side, we see very good news,” said Robert C. Kossar, a vice chairman with JLL and co-head of its Northeast industrial team. “Specifically, in the last-mile and mid-mile markets, we see demand significantly outweighing supply in the pipeline.”

John Obeid, Colliers International’s senior director, tristate suburban research, pointed to e-commerce and those that support e-commerce, such as FedEx, UPS and DHL.

“It’s not just Amazon, which does its own shipping now, but for other companies that are ramping up their e-commerce to keep up with Amazon, they rely on shipping companies,” Obeid said. “Then you have people who need warehouse space — ‘pick-pack’ manufacturer space — they’re supplying items to Amazon and Walmart through their e-commerce sites.”

Despite protests from traditional retailers that e-commerce has not killed the joy of shopping in a real store, it is playing a key role in transforming how the entire sector handles customer fulfillment, according to research by JLL.

“A banner fourth quarter has set up 2020 to be a record-setting year,” JLL wrote in a recent New Jersey market report. The research noted that industrial tenants leased 12.3 million square feet during the quarter, eclipsing the next closest quarter in the past 20 years by nearly 25 percent. “Retailers were responsible for a substantial portion of the growth, as traditional and e-commerce retailers combined for over 3.4 million square feet of leasing.”

JLL also said that, coinciding with its roll-out of free one-day shipping on most purchases, an undisclosed e-commerce company signed six leases totaling 1.8 million square feet. The firm did not disclose the tenant’s name, but other firms, including Colliers, have pointed to a similar fourth-quarter leasing volume in New Jersey in by Amazon.

According to Transwestern, e-commerce now represents 11.2 percent of U.S. retail sales — surpassing 11 percent for the first time in the third quarter of 2019. E-commerce’s share of retail sales grew nearly 17 percent in 2019, the highest year-over-year increase since the first quarter of 2012.

Traditional retailers are embracing the rapid-shipping model, according to Matthew Dolly, director of research for Transwestern’s New Jersey office. For instance, stores such as Target and mall retailers have opted to have smaller displays and then require customer to order from the warehouse.

He also pointed to free shipping as a way that retailers keep people coming to the store instead of just ordering online.

“They would say, ‘You may not get free shipping, but if we ship it from the store, we can do the free shipping,'” said Dolly, who is based in the firm’s Florham Park office. “They’re trying to find a way to get you still to come to the store.”

The industrial market is largely recession-proof, Dolly said, because many of the core industries within it thrive during a recession, such as discount retailers, food and beverage and household goods.

Constrained land availability in the Meadowlands and along the New Jersey Turnpike are key factors in the search for developable sites to the west and south, experts say. The decision process for how far to locate from the New York metropolitan core is largely based on the “point of indifference” — where rent is balanced with transportation costs for developers and tenants, said William R. Waxman, executive vice president with CBRE.

“If ground zero is Newark and the rent is $14 a foot in Newark, and you have to go to Florence or further south, then what is the difference between what ground zero is, what does it add to the transportation costs, to go to Pureland,” he said, referring to the Pureland Industrial Complex in Gloucester County’s Logan Township.

Another factor in the site decision is the kind of warehousing, Waxman said. A retailer servicing a network of stores that doesn’t need instant delivery to customers can afford to seek distribution center space as far to the west as Harrisburg, an industrial market growing fast to serve the Northeast, he said. But a last-mile company promising to deliver a toothbrush to your Manhattan apartment in an hour can’t afford to locate very far from the market’s core.

Developers are looking more closely at the potential to build new industrial space on sites with bigger environmental challenges, experts said. As the value of potential developments go up, tacking on the remediation costs for sites once thought unusable is no longer unrealistic.

One such site is a 1,000-acre former munitions factory now owned by Kentucky-based Ashland Chemical in Roxbury, Dolly said. State regulations tied to preserving the Highlands region and development in wetlands are slowing efforts to develop that tract, according to NJ.com. 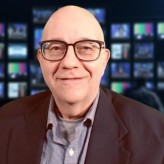