Former bank buildings with drive-thru lanes have drawn interest from fast-food chains, medical office tenants and investors during the pandemic, thanks in large part to their structural features and prime locations.

There might not be anyone standing in line or waiting in the drive-thru lane, but bank buildings on busy intersections of most New Jersey neighborhoods are still drawing crowds.

Fast-food proprietors, medical office tenants and the investor class have been scooping them up during the pandemic as their structural features and locations have helped to make them one of the state’s highly sought-after real estate asset classes.

“We’ve been seeing bidding wars on these highly desirable bank properties, particularly because they are already improved and developed, requiring retrofits rather than ground-up construction,” said Jason Pierson, a broker and president of Pierson Commercial in Marlboro.

“If they are in downtown locations, developers are seeking to redevelop them into mixed-use projects, or local township-embedded property owners within are active buyers,” he added. “If they are near the highway, they are attractive to single-tenant developers or end users such as fast-food restaurant chains, medical and car care.”

Pierson said that, pre-pandemic, there would be one or two bidders on such properties. Today, there might be five to 10.

“There has been a constant, steady stream of listings,” he said. “Some sellers are pricing them low so they can attract more bidders. Others are pricing them high to eliminate certain bidders. But there’s always interest. There’s a lot of capital out there and interest rates remain low.”

The need for such spaces comes as New Jersey remains attractive to retail operators from across the country thanks to its strong consumer base, low unemployment and densely populated areas.

“We’re seeing new fast-food names come to the state: Jolly B Chicken, Raising Cain — and even Popeye’s is beginning to expand everywhere in our state,” said Chuck Lanyard, president of The Goldstein Group, the Paramus-based retail brokerage.

Lanyard added that he believes the prices and demand for the sites are near the top right now, with no slowdown in sight.

“These are prime locations — many at or near main intersections or close to the highway, depending on what part of the state you are looking at,” Lanyard said. “Back in the day, for banks, it was all about having the best locations, near or at traffic lights at busy intersections. These bank buildings often were ideal sizes — such as a half-acre to an acre. They drove the price of real estate in those immediate locations.

“Having a physical location was key to the bank earning revenue. Among many other things, remember, it wasn’t long ago that banks earned revenue by charging fees when their customers came to the bank, such as for basic transactions. Those days are basically over.”

Lanyard said that, today, in some cases, national and regional bank chains are finding that they can use drive-thru or walk-up ATMs in place of branches: “It’s only a small percentage of customers who actually want to come inside the branch — mostly customers who don’t want to bank online or through their phones,” he said.

Fast-food restaurants are now capitalizing on consumers’ demand during the pandemic by building dual drive-thrus that enable them to do a higher volume of business more efficiently. Drive-thrus create better speed of service and better stacking of cars in line to meet the added demand.

On average, many of these restaurants now get 55 percent to 70 percent or more of their business via drive-thru, Lanyard said.

“If you look at Burger King’s stores today, and those of many others, you’ll see they have greatly reduced the amount of seating space for their customers,” Lanyard said. “They also have had to use some of that outdoor space to create spots for customers to park when they come to pick up their orders.”

Zoning and regulations vary by township, but users looking to incorporate the drive-thru will most likely need to get site plan approval, Pierson said. Sometimes there are deed restrictions, whereby if a bank is the seller, they won’t allow the space to be utilized by another bank.

“Some national or regional banks have legacy offices that are 50 to 100 years old or so (and) are simply too big,” Pierson said. “They are multistory buildings that used to be the bank’s main or regional headquarters. But now, those upper floors are empty and there’s no reason for them to continue maintaining the space and carrying non-essential costs. Most banks do not want to be in the real estate ownership business.”

The opportunity to convert these bank buildings into medical offices is also ramping up, Lanyard said. Among their benefits: They are built. They are freestanding. They come with drive-thrus, although some need a variance for a drive-thru approval if the town code initially permitted only a bank to have such a feature.

Leasing deals for bank buildings generally require minimal or no tenant allowance because the end users or buyers are usually taking them “as is.” So, the landlord benefits because the tenant invests in the property to restructure them as needed and the landlord simply collects the rent.

“In some cases, (medical office) buyers tear down the drive-thrus, but in others, they remain and are converted into drop-off areas for the patients,” Lanyard said. “We’ve also seen popularity growing for specialized niche medical buildings such as urgent care facilities, kidney dialysis offices, dental offices, vein clinics and healthy back and sports medicine offices.”

Buyers of these properties are able to invest in them for their own use and then do not have the high costs of paying rent each year. Low mortgage rates are helping to fuel the buyers’ market.

“We are seeing more and more retail properties being sold this year than in the past,” Lanyard said.

Fast-food restaurants are among the leading buyers (or tenants) of these properties today. The largest chains, such as McDonald’s, would prefer to buy the property first, but it will lease, like so many other fast-food restaurants such as Wendy, Popeye’s, Taco Bell, Chick-fil-A or Burger King. This benefits investors, who are buying these sites so they can fill them long-term with tenants that have excellent credit, such as McDonald’s and other national chains.

Pierson said he’s seeing these “highly desirable listings on the market for approximately two weeks, so the sellers can get a sense of the interest in the property. The due diligence and closing time periods are relatively quick, given these transactions are typically all-cash deals. Overall, the terms of the deal have been aggressive.”

This should continue, Pierson figured, because “so many businesses in New Jersey are doing well right now, especially retail. But also, fast food in the drive-thrus — because of COVID-19 — and really, any business.” 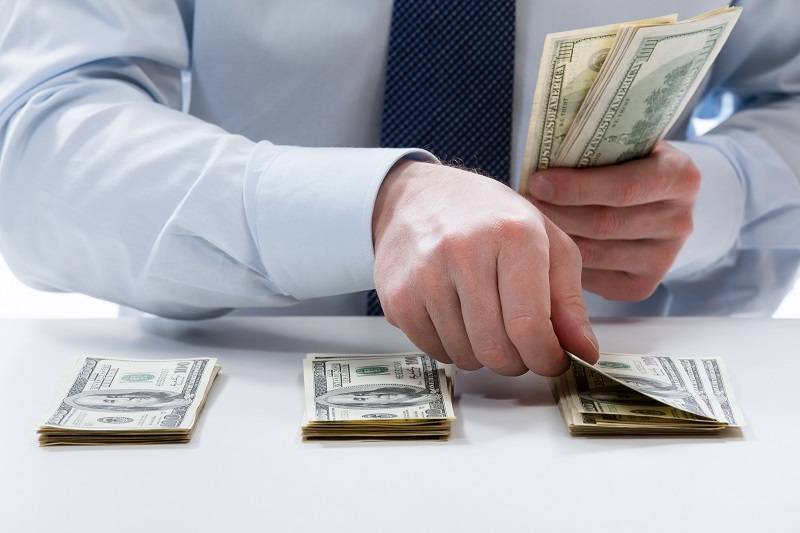 Years ago, banks needed buildings to conduct business and so they could gain exposure from people driving by and seeing their signs out front. But in the past decade, given the growth in direct deposits and check cashing locations, these brick-and-mortar banks aren’t needed nearly as much and they became very costly to maintain.

Also, bank branches are no longer as profitable as they once were because the average bank deposits held in banks has diminished considerably — all due to the changing habits in savings, economy impacts and less opportunity for savings accounts to flourish.

The past few decades have seen this change in the amounts of monies on deposit at a typical bank fall to approximately $30 million, nowhere near the former average of $40 million to $50 million.

“Banks might have two branches in close proximity, and strategically, they are determining to consolidate the real estate and their deposit base,” Pierson Commercial’s Jason Pierson said.

Paul Bergeron is a freelance reporter based in Herndon, Virginia.