Amazon has absorbed a least roughly 9 million square feet of distribution space in New Jersey since 2014. Pictured above is a worker at one of the company’s eighth-generation fulfillment centers. — Courtesy: Amazon

Experts agree: Retailers saw New Jersey’s appeal as an e-commerce fulfillment hub long before Amazon entered the market. But there’s no ignoring its impact on the state’s industrial sector since early 2013, when the company committed to building its first New Jersey fulfillment center in Robbinsville.

Not only has Amazon absorbed at least roughly 9 million square feet of warehouse and distribution space since that time. It quickly emboldened other pure e-commerce players that were hesitant to establish a footprint in New Jersey, amid concerns over having to collect sales tax from customers if they had a physical location here.

“A lot of companies … thought that they would lose their consumer base because they would be at a disadvantage over their competitors who weren’t located in New Jersey,” said one industry expert, who requested anonymity in order to speak freely about e-commerce companies. “Once Amazon decided to put their foothold in New Jersey, everybody looked at that and said, ‘Well, OK, if Amazon is doing it, then everybody else should as well.’ ”

That’s not to mention putting pressure on bricks-and-mortar retailers and the race for faster delivery times and last-mile distribution, which was seen as a tradeoff for collecting sales tax in New Jersey and other states. It’s well-known by now that the Garden State is within a 24-hour drive of one-third of the U.S. population, and experts say Amazon has led the push for next day or even same-day delivery, forcing competitors to follow suit. 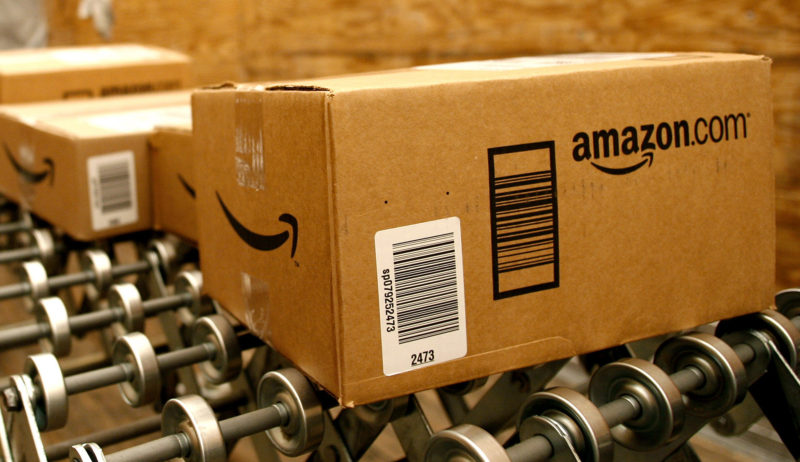 According to CBRE, pure e-commerce companies have leased more than 11.2 million square feet of industrial space in New Jersey since 2014. But that doesn’t take into account traditional bricks-and-mortar retailers that have expanded their warehouses to fulfill online orders. Nor does it include third-party users that service the e-commerce industry, such as logistics firms and delivery giants FedEx and UPS.

That means the impact of e-commerce is significantly larger. CBRE recently identified about 500,000 square feet of demand from e-commerce tenants in the state, but researchers with the firm said those requirements grow to 1.8 million square feet when including traditional retailers with omnichannel distribution needs.

It has all contributed to a historic run for industrial space and unprecedented rent growth in northern and central New Jersey. According to research from Transwestern, vacancy in the market was 4.6 percent through the third quarter, slipping below the previous record of 4.8 percent from 2000. That comes even though total inventory in the market has grown by 20 million square feet during the past five years.

Transwestern also found that average rents for the entire market had swelled to $7.50 per square foot by the end of Q3, reaching a new high for the seventh straight quarter.

Amazon has continued to absorb large blocks of space this year. In April, the company unveiled plans for three new fulfilment centers in Cranbury, Edison and Logan Township, expanding its footprint by another 3 million square feet.

The nearly 1 million-square-foot lease at 2 Brick Yard Road in Cranbury marked the fourth time in the prior six quarters that it had inked the largest deal in the state, according to Transwestern. The company at the time already had seven existing facilities up and down New Jersey.

Continued growth has also given way to its newest location, which is just a few miles outside New Jersey. In September, Matrix Development Group announced an 855,000-square-foot lease with Amazon at a new industrial park in Staten Island, which represented the company’s first New York fulfillment center.

Matrix CEO Joe Taylor has closely watched the e-commerce giant’s growth in New Jersey, especially given that his firm sold the land in Robbinsville that would become Amazon’s first fulfillment center in the state. And he noted that the company’s facilities in the state now come in all shapes and sizes and serve a range of different functions, all of which are influencing other segments of the industrial and e-commerce sectors.

All of the buildings have at least one other common thread.

“They bring an intensity and a quality approach to everything they do,” Taylor said of Amazon. “So not only is it incredible how much they’re doing, but it’s incredible how well-executed so much of it is. Amazon has an attention to detail, they have an ability to move projects along in a hugely professional manner.

“It is really taking up a notch the kind of creativity and quality of the way these buildings are coming together.”