One of several distribution facilities Deugen has in development, scheduled for 2022 delivery in northern New Jersey. — Courtesy: Deugen Development

By Kristian Cichon, ME, BE, Director of Acquisitions 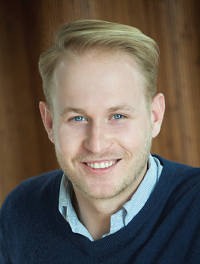 The New Jersey industrial market has continued on its historic pace with vacancy rates dropping below 3 percent across the state. This has been driven by the unprecedented demand from online retailers and e-commerce-driven businesses desperate for warehousing and “last mile” distribution. E-commerce had already been on a rapid ascent for years with its share of the total retail market more than quadrupling since 2010. With the pandemic shuttering most brick-and-mortar locations for the better portion of 2020, e-commerce had taken on another level of growth. According to the U.S. Department of Commerce, sales increased 31.73 percent year over year, the fastest growth rate in 10 years, nearly doubling the second-highest growth rate of 17.81 percent in 2011.

At the same time of this record online growth, the asking prices for New Jersey industrial properties grew at a similar 31.4 percent. In fact, retail sales have grown 98.6 percent since 2016, while the asking price of industrial properties over that same span of time has grown by a comparable 107 percent. And the rate of retail sales is not expected to slow down anytime soon, with double-digit growth rates anticipated beyond 2025.

What has been the root driver of the most recent jump? It’s no secret that the “Amazon Effect” is real. Amazon has continued to focus on the “last mile” phase of their distribution process., In 2020 alone Amazon Logistics has signed various leases in an effort to open 14 delivery stations in New Jersey. With Amazon effectively making two-day shipping the standard and rapidly growing the one-day and same-day offerings, competitors are catching up and jumping at the opportunity to get closer to their client base. The data supports this theory, with e-commerce, third-party logistics and consumer goods accounting for nearly 58.5 percent of all leases in the past quarter, according to Cushman and Wakefield. New Jersey’s proximity to both the New York and Philadelphia metro markets, which houses 26 million people within a two-hour drive radius, will continue to draw a huge demand.

On the flip side of this argument, will new supply be able to level out demand prices? With 15 million+ square feet of deliveries in 2020 and another 14 million square feet under construction, it seems unlikely. JLL estimates 26.3 million square feet of active requirements from tenants statewide. Developers are flocking to build wherever they can. Almost all new construction has been speculative, yet 88.5 percent of deliveries still managed to lease prior to completion. Of the remaining inventory under construction, 48.7 percent is already leased. Builders are struggling to keep up due simply in part to land scarcity. With New Jersey already the most densely populated state in the United States, the availability of land will continue to diminish, further building demand from tenants.

What will we see in the future? Increased prices at this time seems like a guarantee if demand holds steady. This may pose an interesting new opportunity to redevelop other assets such as office and retail into what may soon become a more lucrative opportunity. With COVID fundamentally changing the normal office work week and continuing to shift consumers away from brick and mortar, developers and investors will notice a shift in the economics of land development, in favor of industrial over what once would have become an office park or retail center. One project already underway is the Shoppes at Hamilton, where 150,000 square feet of retail is planned for conversion into 171,000 square feet of Class A industrial space.

New Jersey’s industrial market will continue to be the most robust in the entire country. The continued growth of e-commerce, prioritization of last mile fulfillment and the land constraints of the country’s densest state will maintain demand and double-digit value growth that may continue to follow the same path of the overall online retail market for several years to come.