A model unit at RIVET, located at 23 University Place in Jersey City — Courtesy: The Hampshire Cos./Claremont Cos.

A development team is set to deliver 163 new apartments on the west side of Jersey City, the latest piece of a master-planned project around the campus of New Jersey City University.

The Hampshire Cos. and Claremont Cos. said Wednesday that they have launched leasing at 23 University Place, a complex being developed in partnership with Circle Squared Alternative Investments. The building known as RIVET is slated to welcome its first residents in July, with its developers touting technology-enhanced amenities along with a luxury design

In a news release, the developers highlighted amenities such as a cyber café with WiFi access and a ButterflyMX virtual entry and package delivery system. Other offerings include a 15,000-square-foot courtyard, an indoor lounge and a fitness center with a virtual fitness platform and yoga studio.

SLIDESHOW: Inside RIVET in Jersey City 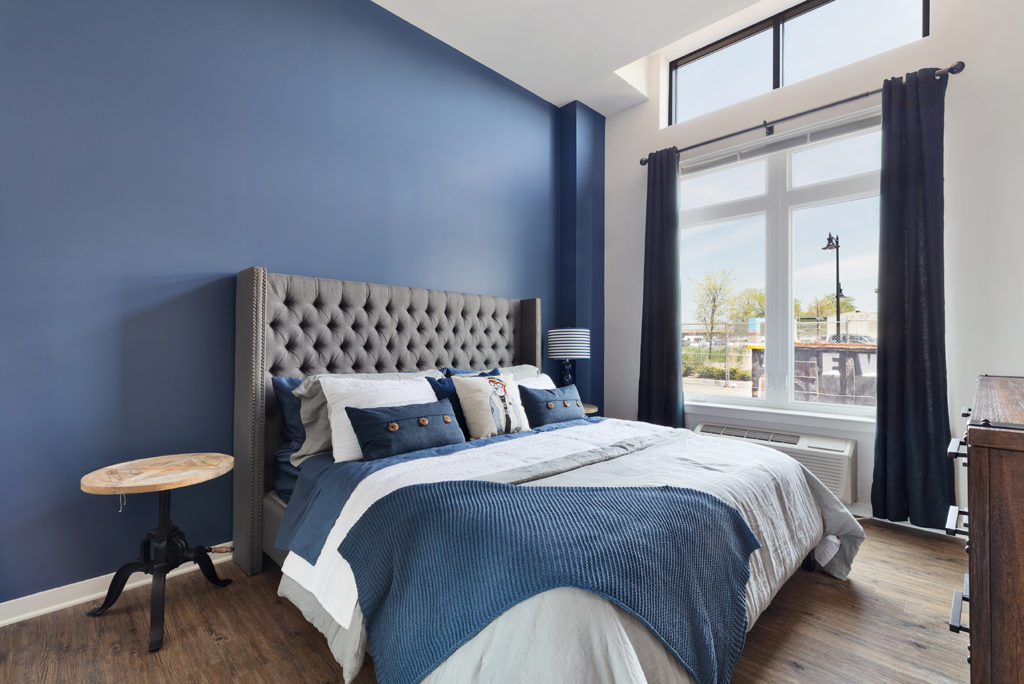 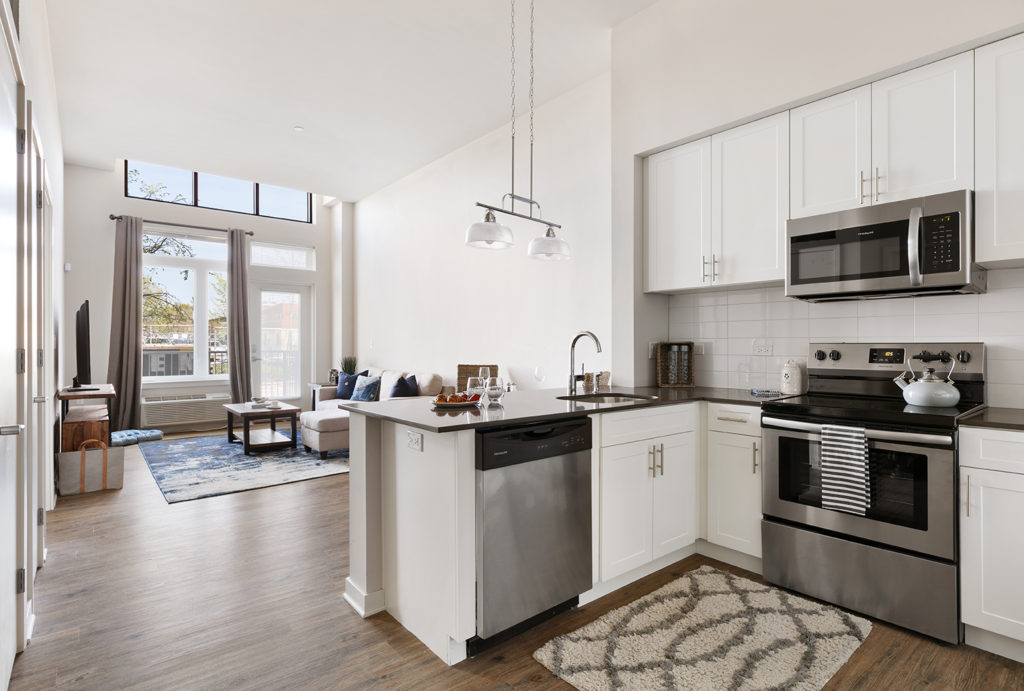 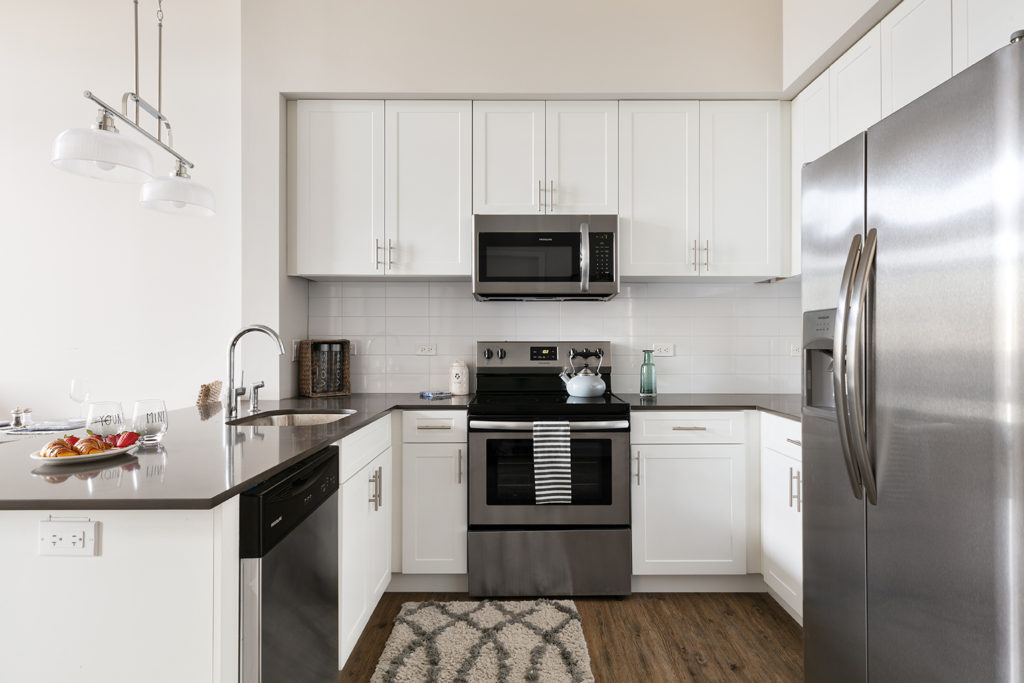 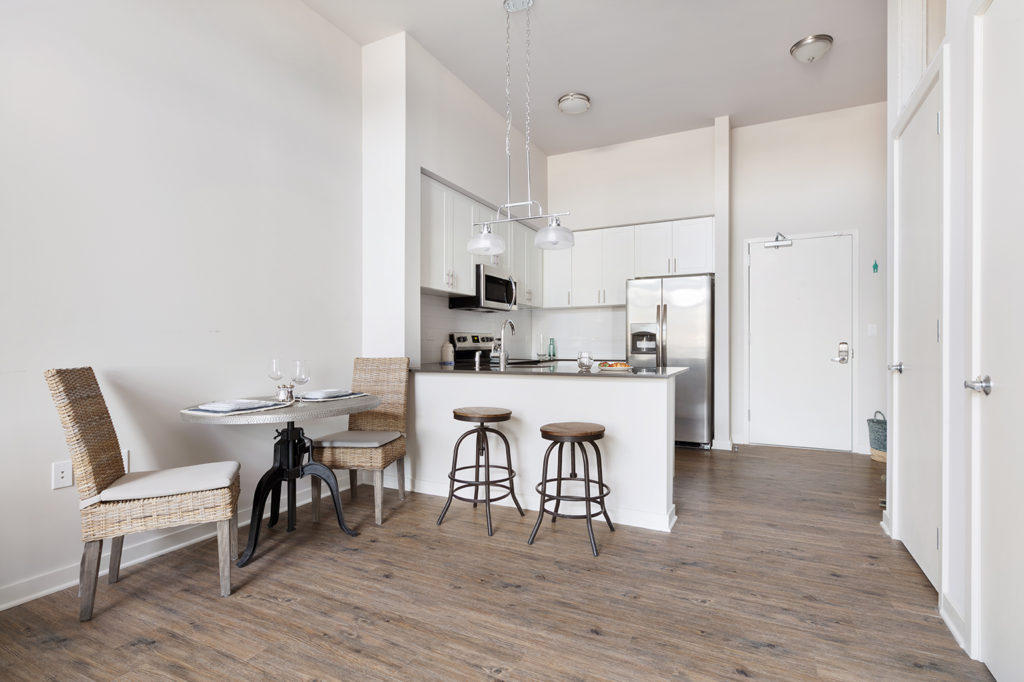 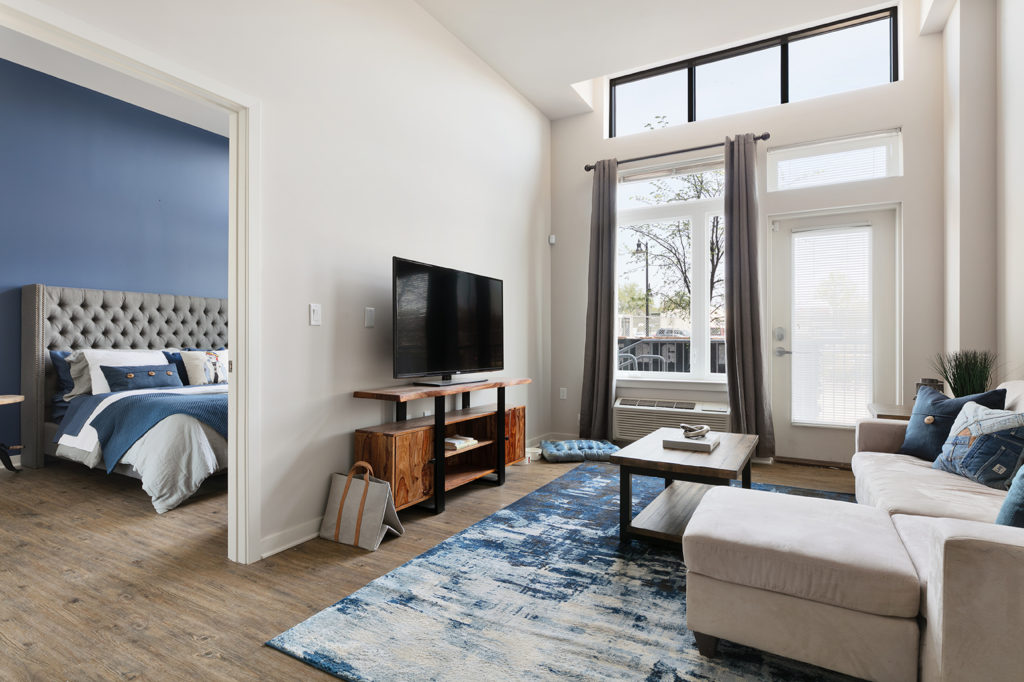 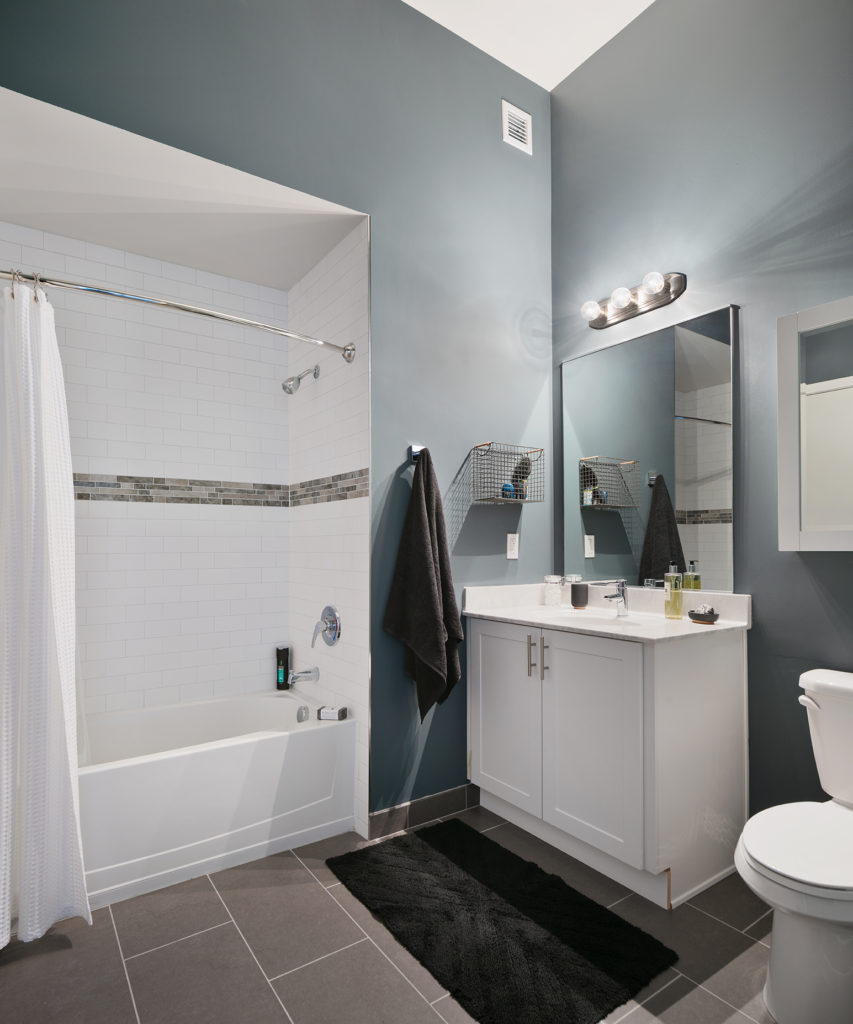 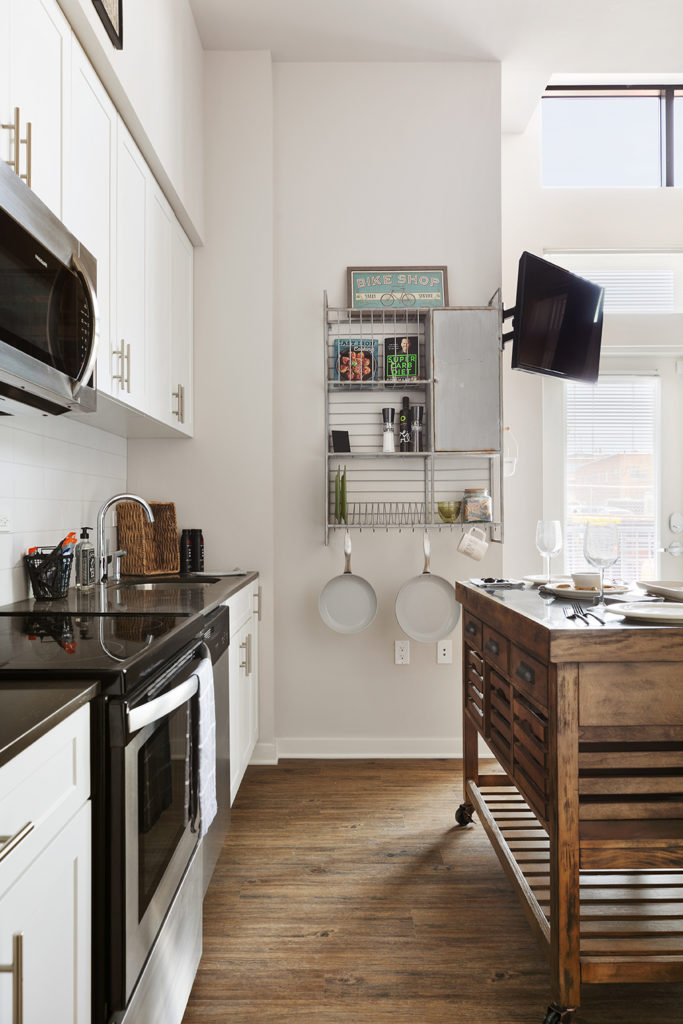 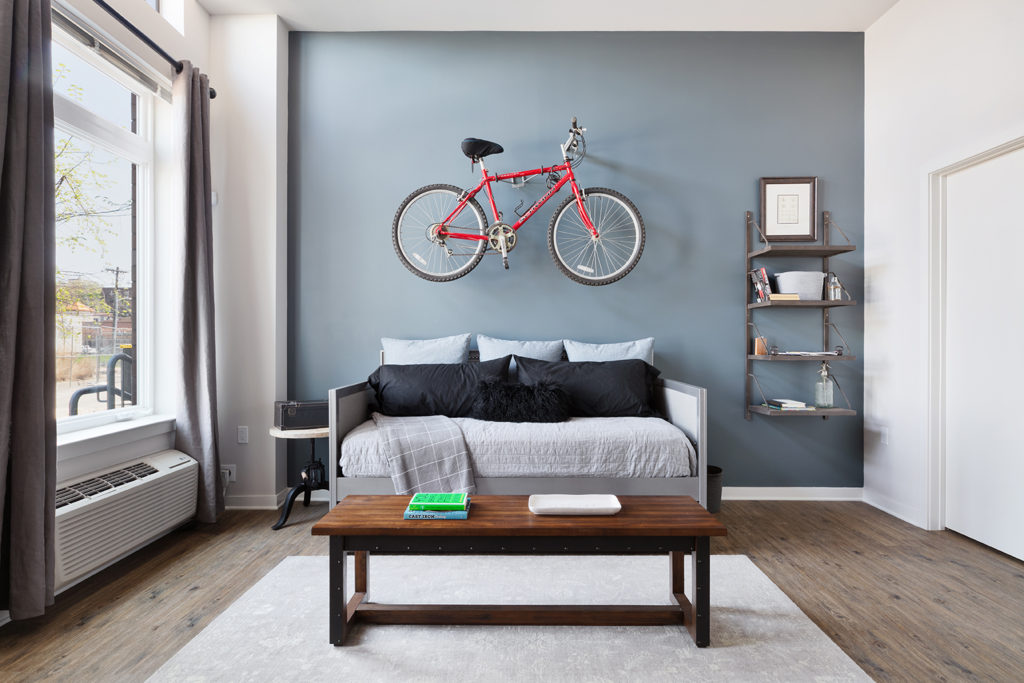 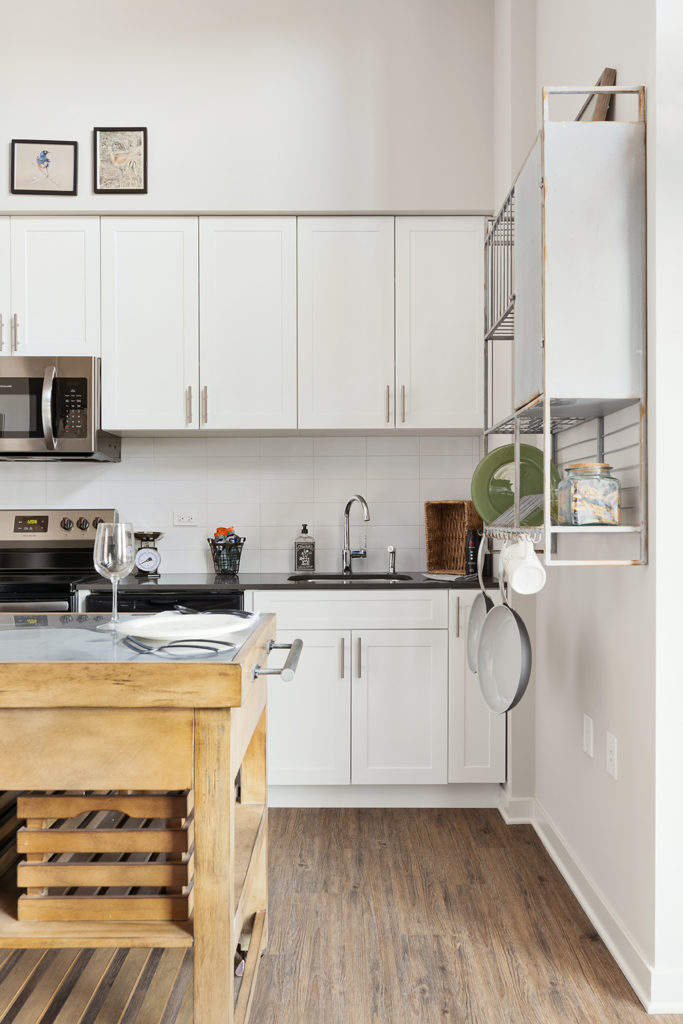 All photos courtesy: The Hampshire Cos./Claremont Cos.

“RIVET offers all of the luxury and lifestyle amenities of comparable waterfront/downtown properties at affordable price points,” said Richard Sciaretta, director for Claremont Cos., whose firm broke ground in September 2016 alongside Hampshire and Circle Squared.

The complex will also feature 10,000 square feet of retail space to enhance its walkability, the developers said. Residents, meantime, will be one-third of a mile from a Bergen Hudson Light Rail stop, providing access to the Hackensack River Waterfront and Hoboken, along with the opportunity to transfer to the PATH train for access to New York City.

“RIVET has everything today’s renter wants in a home,” said Norman Feinstein, vice chairman of The Hampshire Cos. “It is a perfect mix of modern luxury with the best that urban living has to offer right outside their doorstep.”

Greystar will provide property management services for RIVET, which is part of the University Place redevelopment project on land owned by NJCU. The plan calls for transforming what had been a 22-acre swath of industrial buildings around the campus in Jersey City, allowing private-sector developers to bring new market-rate apartments and other uses to the neighborhood.

The Hampshire, Claremont and Circle Squared team are overseeing two of four mixed-use projects at the site. All told, the eight-building plan will include 1,000 new luxury apartments and access to more than 120,000 square feet of retail, a performing arts center, cafes, theaters and green space.

“I’m incredibly pleased with the progress that is being made,” said Jeff Sica, president and chief investment officer of Circle Squared. “This will be an extraordinary place for people to live.”