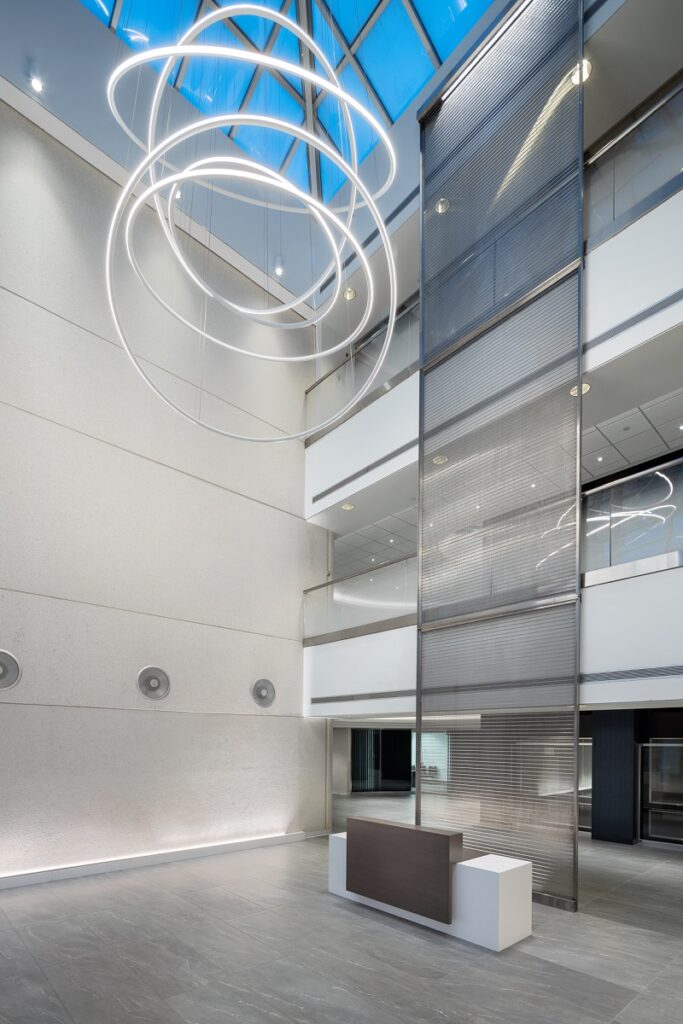 According to JRM, the 12,000-square-foot project included a renovation of the three-story lobby and atrium, with the installation of a new insulated glass storefront and suspended LED ring chandeliers. The company also built out a new reception and waiting area with custom millwork and gray porcelain floor tiles.

Elsewhere, JRM completed the addition of a new ground-floor grab-and-go food service area with banquette and booth seating, a serving station and a coffee bar, along with a fully equipped fitness center with men’s and women’s locker rooms. Outdoors, the firm oversaw a full exterior refresh with new pendant and accent lighting at front and back entrances, a repaved parking lot and extensive landscaping.

The work has brought new life to the three-story building, which Greenway acquired in 2018, as part of a value-add strategy that has succeeded elsewhere in New Jersey.

“That’s what we did for them here,” said Craig Plescia, a JRM’s director of New Jersey operations, referring to the building enhancements. “And I think they’ll pretty successful with the amenities that they’re giving their tenants on the inside.” 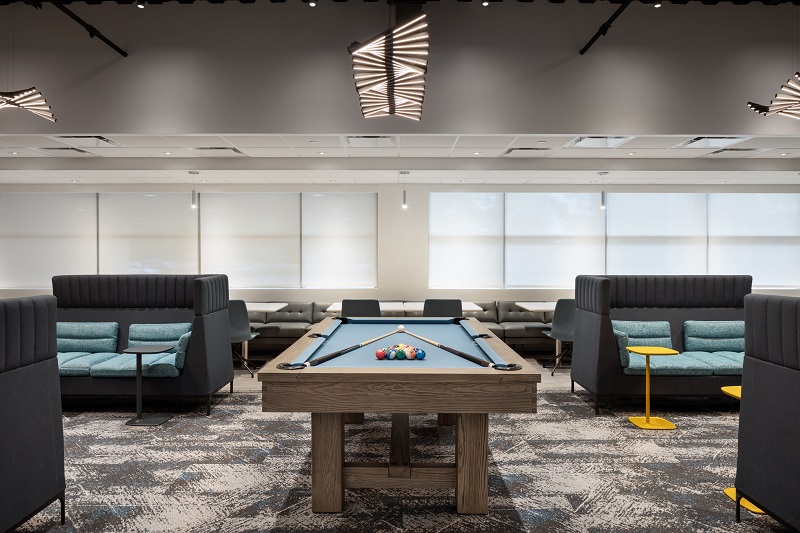 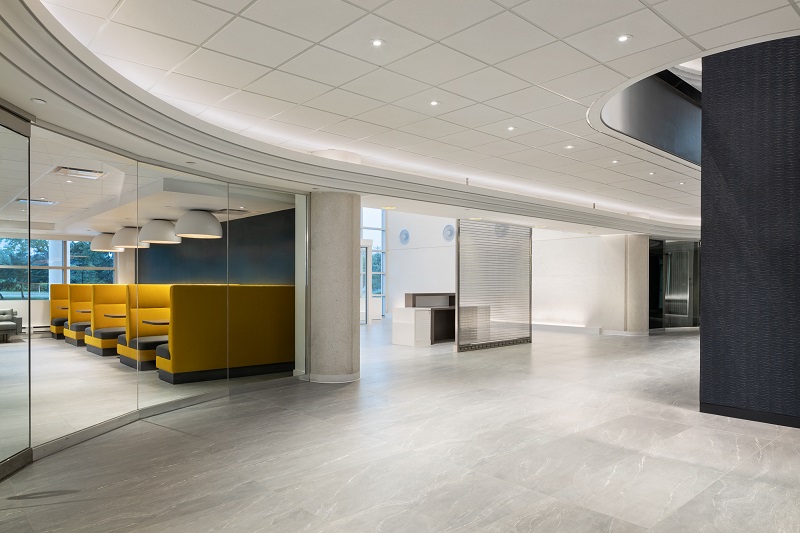 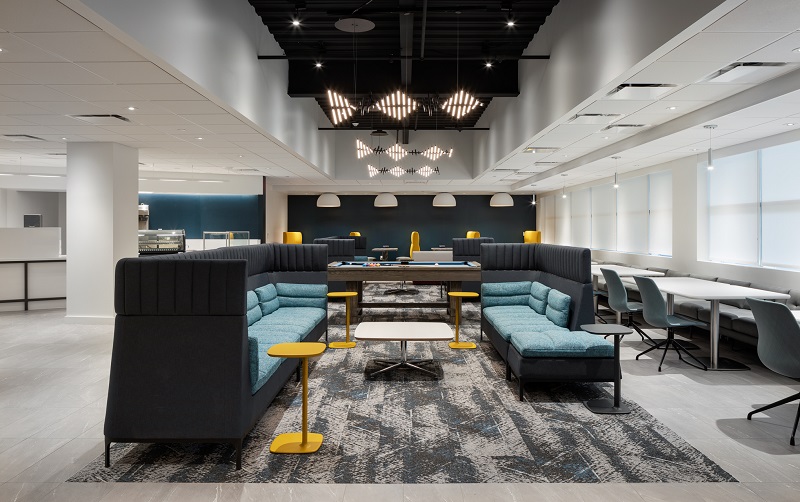 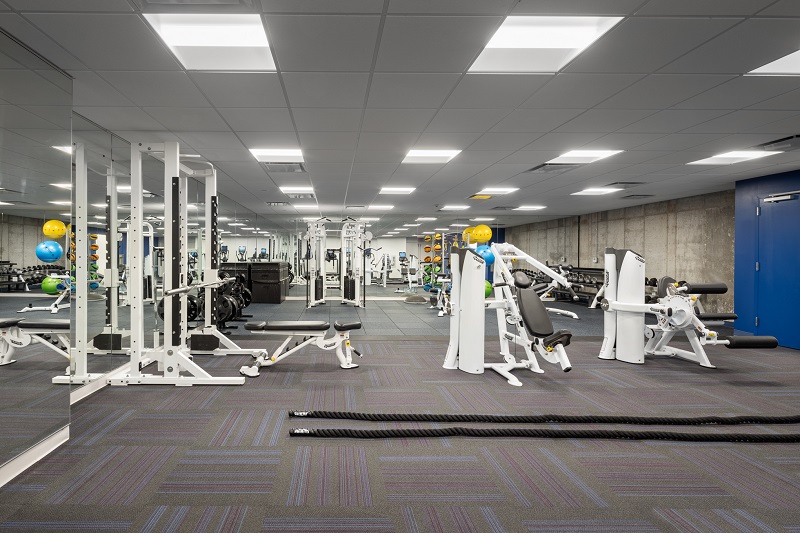 Other members of the project team included AMA Consulting Engineers, Ning Lighting and Raymond/Raymond Associates as the food service consultant. Meantime, CBRE recently announced that it would serve as the building’s leasing agent on behalf of Greenway Properties.

“JRM worked closely with us and our project architect, Marner Architectural, to complete the project under budget professionally and on time,” said Brandon Rolnick of Greenway Properties LLC. “We are thrilled with the quality of the project and JRM’s attention to detail. We look forward to working with them again soon.”

Built in 1989, the property sits on Route 18 in the heart of Piscataway and is minutes from other area highways. In announcing its new leasing assignment, CBRE noted recently that ownership is also enacting new cleaning protocols in response to COVID-19.