KPMG has opened the doors to its new 86,000-square-foot technology center in Montvale, where it is now poised for additional growth as part of a long-term investment in the borough.

The complex, located at 75 Chestnut Ridge Road, results from a gut-renovation and expansion of a building that the firm acquired in 2016. It also sits adjacent to the accounting and advisory giant’s existing five-building, 281,000-square-foot campus in Montvale and is now home to some 750 employees who have moved from other offices in the region.

During a grand opening ceremony on Monday, KPMG hinted that there is more to come.

“By bringing our people together here, we’re changing not just the physical environment, but our culture, the very nature of how our people work together,” said David H.W. Turner, chief financial officer and KPMG’s Montvale office managing partner. “What’s truly exciting for us is that this building is part of a broader evolution of our Montvale campus.

“It’s all aimed at creating a well-designed workspace that inspires our people to deliver their best each and every day.” 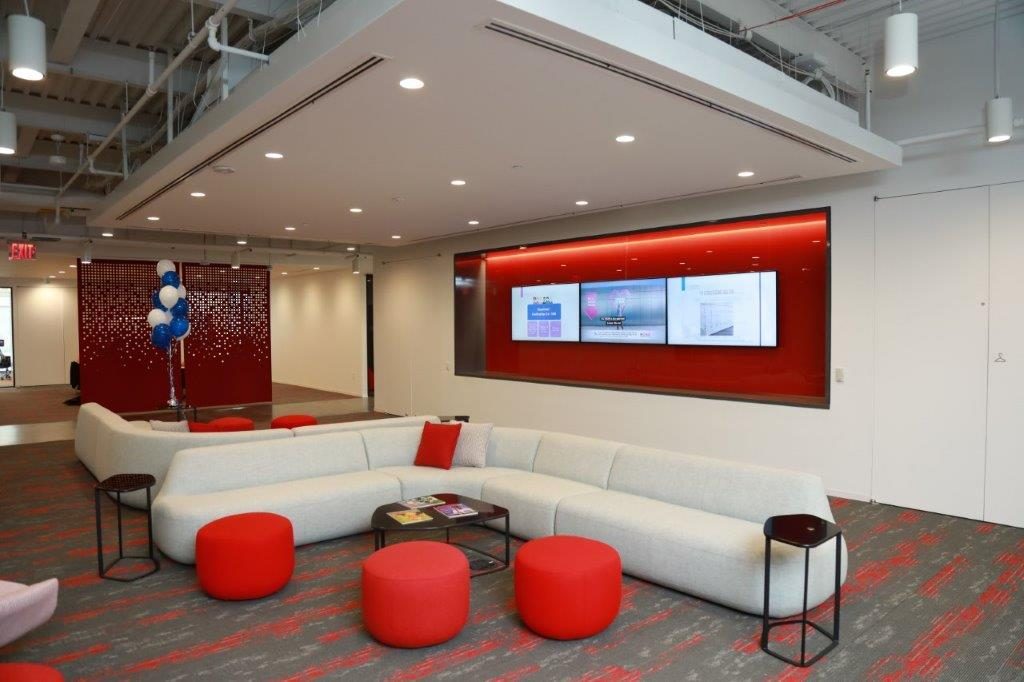 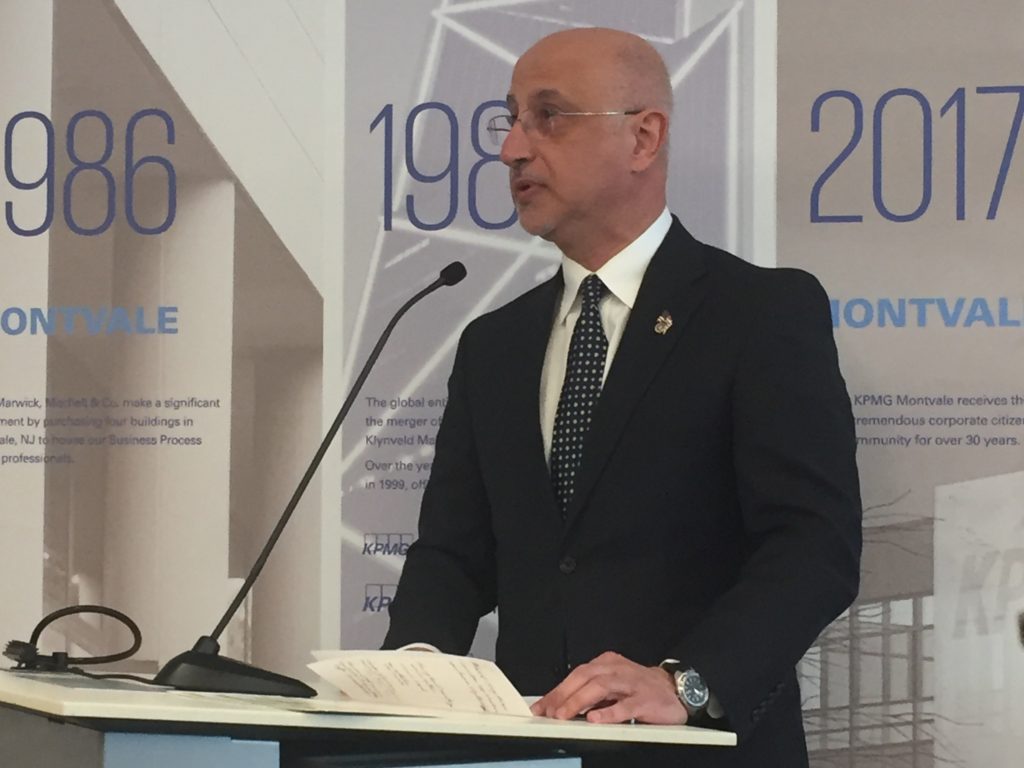 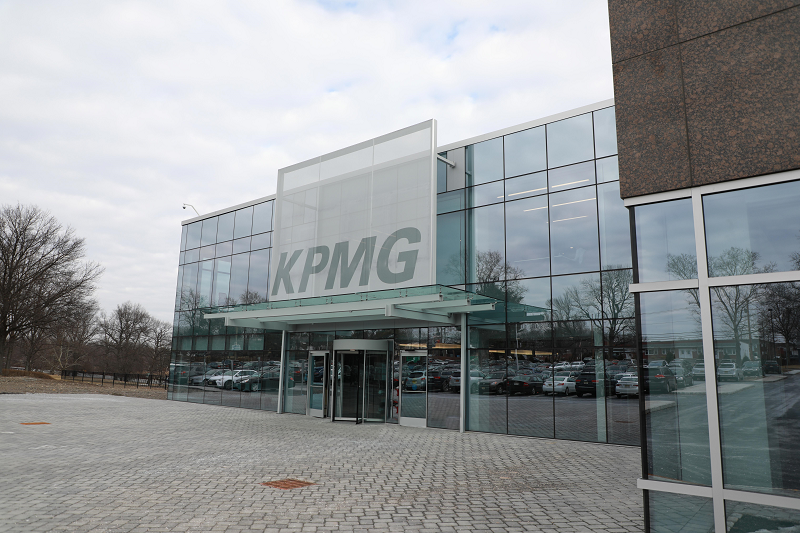 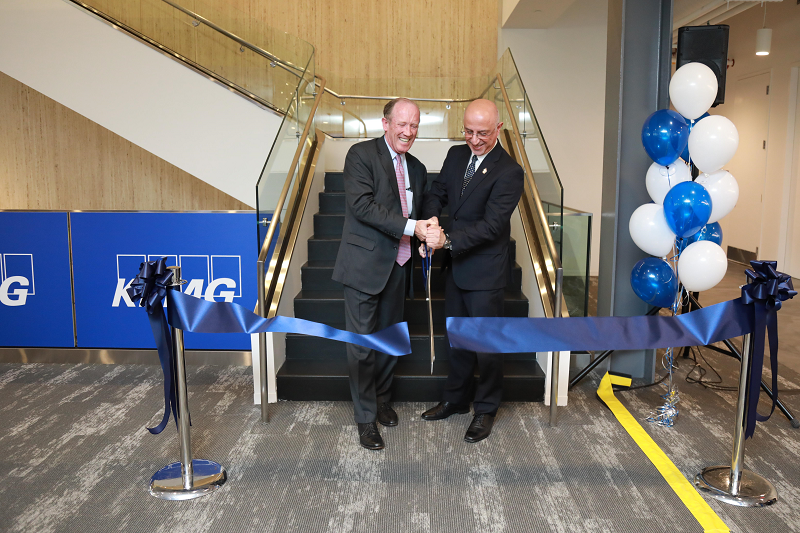 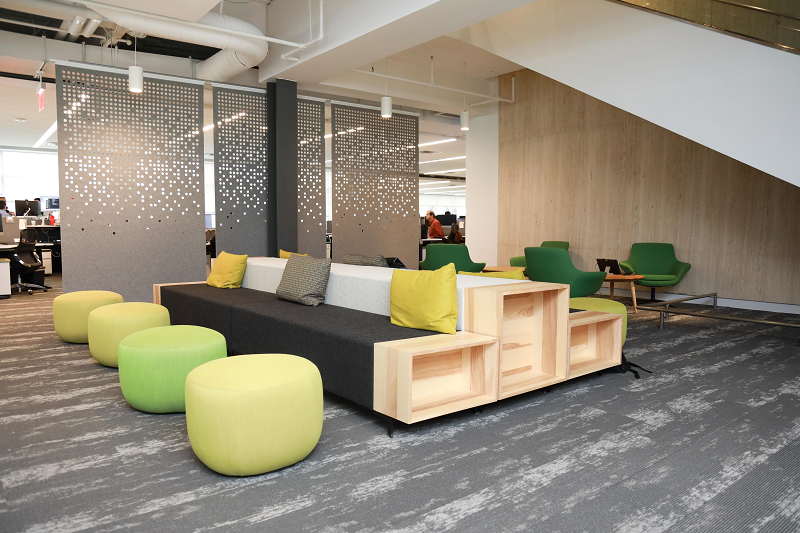 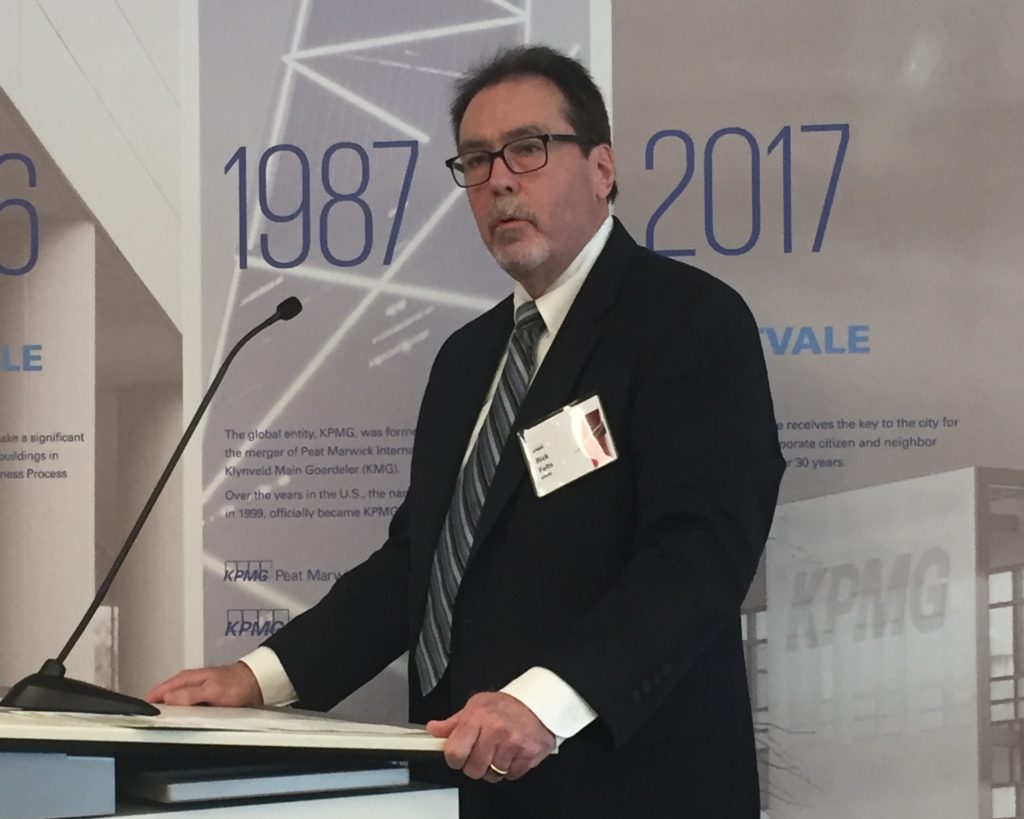 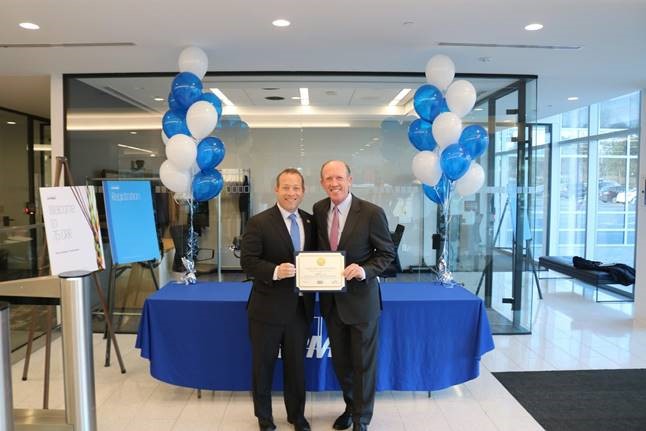 Specialists at the complex will create and test new technologies for implementation by KPMG and its clients. Rick Felts, the firm’s chief information officer, said that process will only improve by virtue of having all of its technology teams under one roof.

“That may not seem like a big deal, but when you think of technology and the people that need to talk and touch each other and try and drive where we’re headed down the path of technology within the path of the firm,” Felts said, “having them together in a place like this, where they can reach out, talk to each other and not just be doing it through videoconferencing and conference calls — that is really a big step for us.”

They are part of a team of more than 3,200 in New Jersey, including a significant presence in Montvale and Woodcliff Lake, who primarily work within support organizations such as technology, human resources, marketing and finance and accounting.

The firm’s presence in Montvale spans more than 30 years and has grown with the new technology center as well as a recently completed renovation to its cafeteria at 3 Chestnut Ridge Road, resulting in a modern two-story design with coffee bar and mixed-use meeting space. Turner on Monday noted that KPMG’s global reach gave it plenty of options when considering where to expand, but credited local leaders with ensuring that it grew in Montvale.

“The mayor’s role in making us feel like a partner here with Montvale and with him — and for this community to really view this is as one of the heartbeats at KPMG — is why we’re here today,” Turner said. He also touted the role of other public officials and professionals involved the project, including Turner Construction Co., CBRE, SNS Architects & Engineers and Beattie Padovano LLC.

Montvale Mayor Michael Ghassali said it was important to showcase the borough as a business-friendly community. And he noted that, since the start of KPMG’s new tech center project, the town has welcomed 71 new businesses and 3,000 jobs.

Ghassali also pointed to other amenities and signs of economic development in the town, including a newly opened Wegmans and the planned mixed-use redevelopment coming to the former Mercedes-Benz USA property.

“You put your faith and investment into our town,” he said. “Now it’s our job to deliver.”

Monday’s ceremony was preceded by a visit from U.S. Rep. Josh Gottheimer, who also praised KPMG’s decision to expand.

“KPMG has been a stalwart of the North Jersey community for more than 30 years — and I am thrilled that they are doubling down on our state,” Gottheimer said. “We need more companies, with such a strong, productive culture, in New Jersey.

“Today’s opening of its state-of-the-art technology center represents the next step in KPMG’s partnership with our community.”