A rendering of 485 Marin in Jersey City — Courtesy: Hollwich Kushner

Known as 485 Marin, the 397-unit project joins a residential area that is adjacent to the city’s downtown and the waterfront Newport section. Monthly rents begin at $2,300 for a studio at the 18-story building, which is clad in red brick punctuated with aluminum window frames.

“Hamilton Park is a highly desirable, family-friendly neighborhood with great schools and a wealth of dining and entertainment options,” said Jonathan Kushner, president of KRE Group. “We’re thrilled that 485 Marin — a full-service, luxury rental building — will complement the community’s existing offerings and we look forward to welcoming our first residents.” 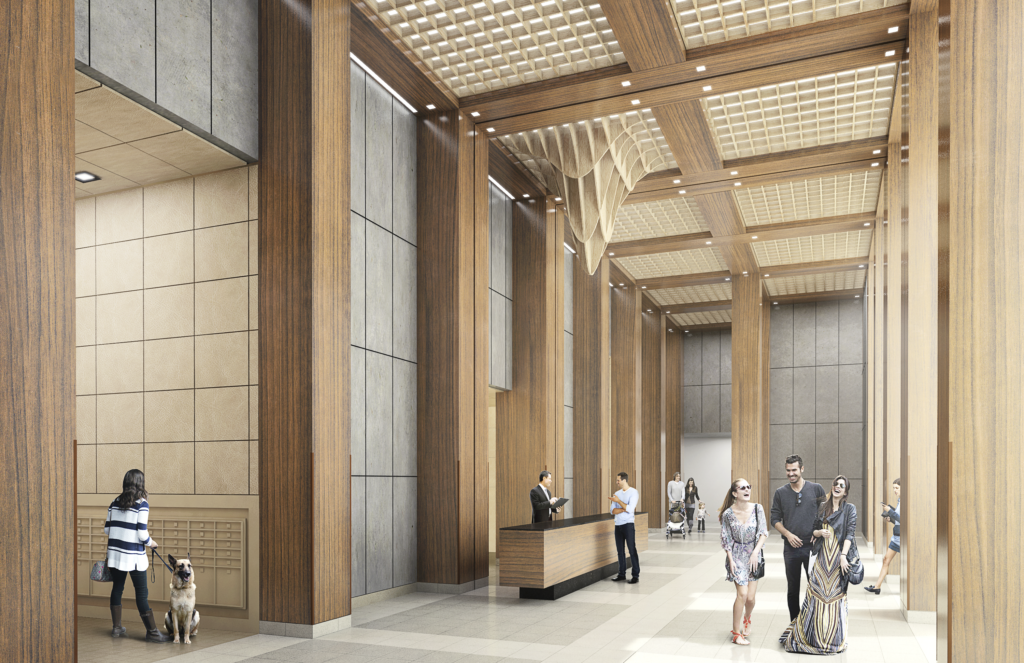 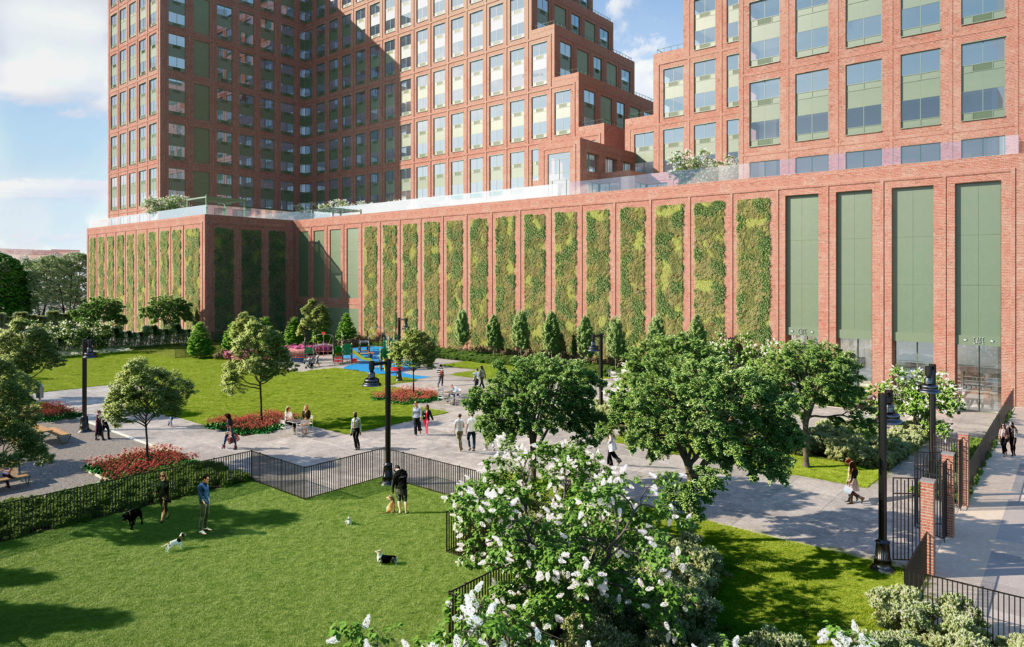 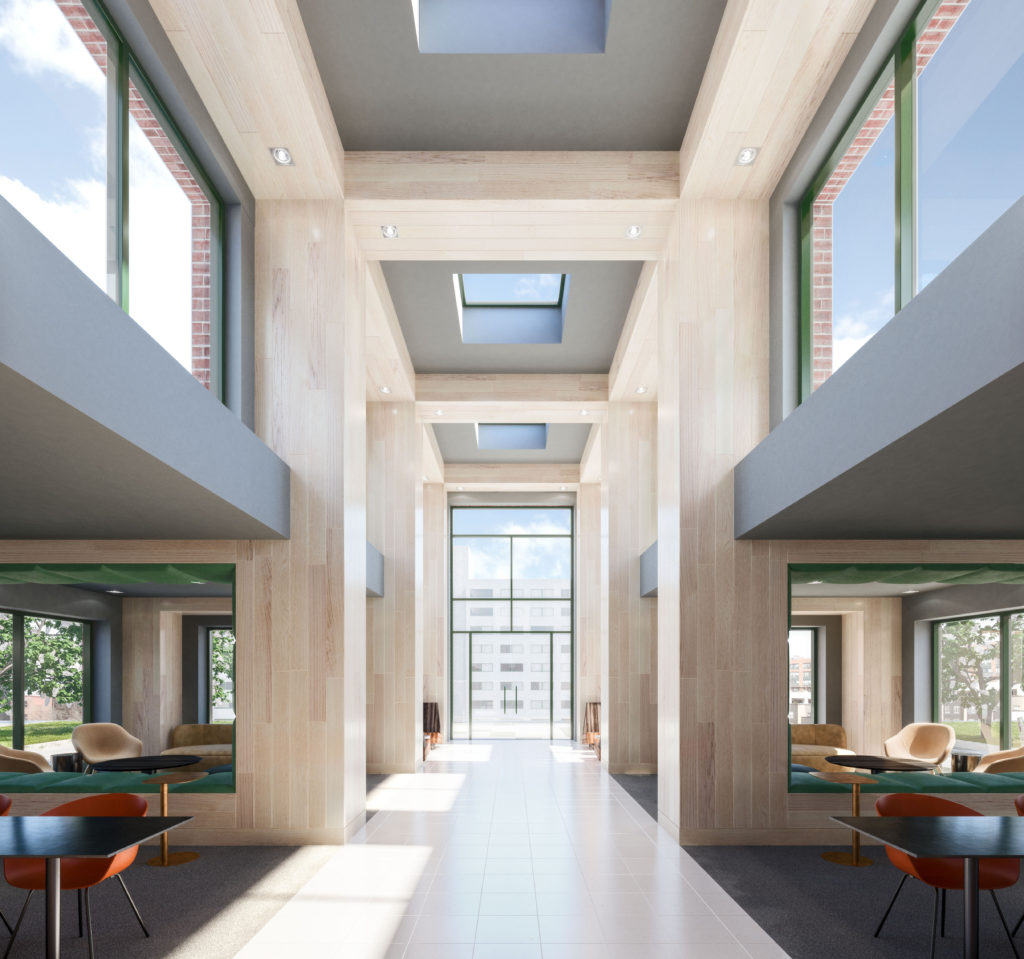 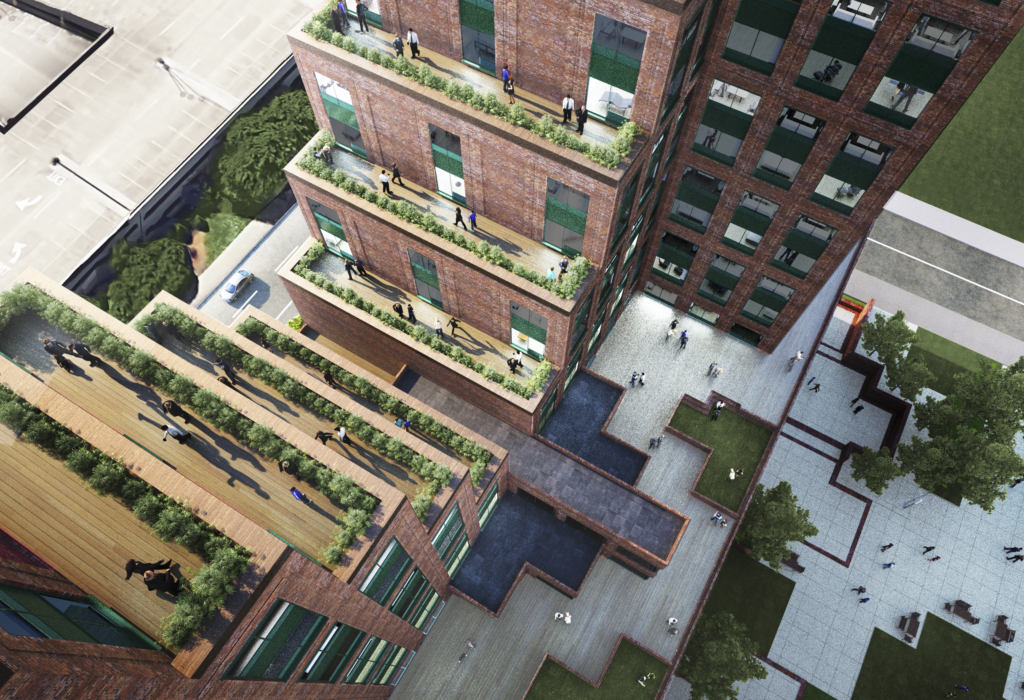 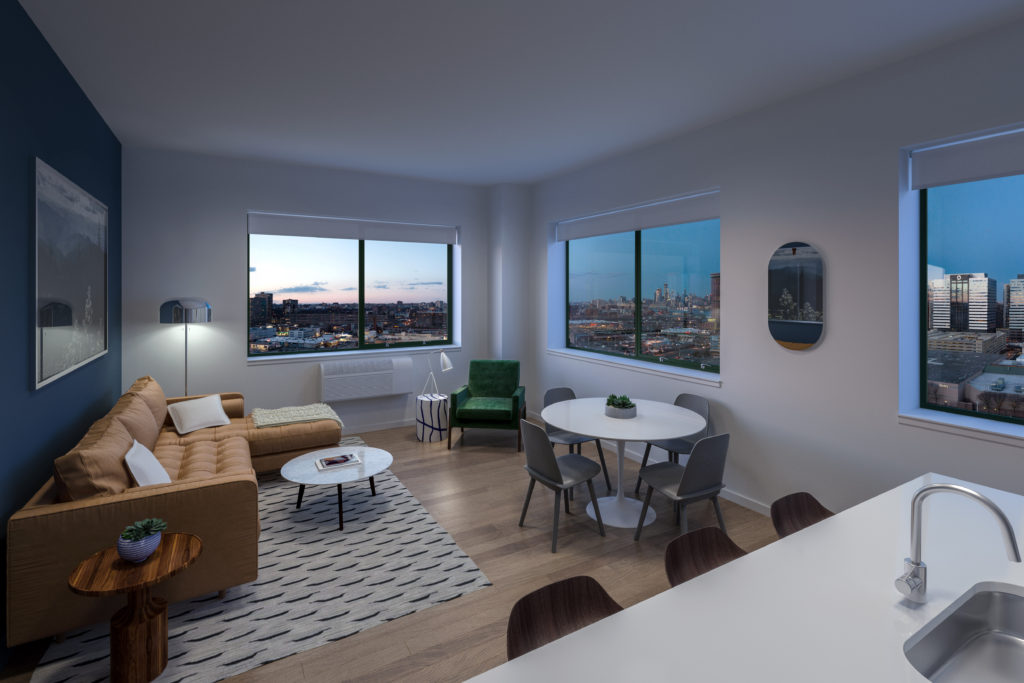 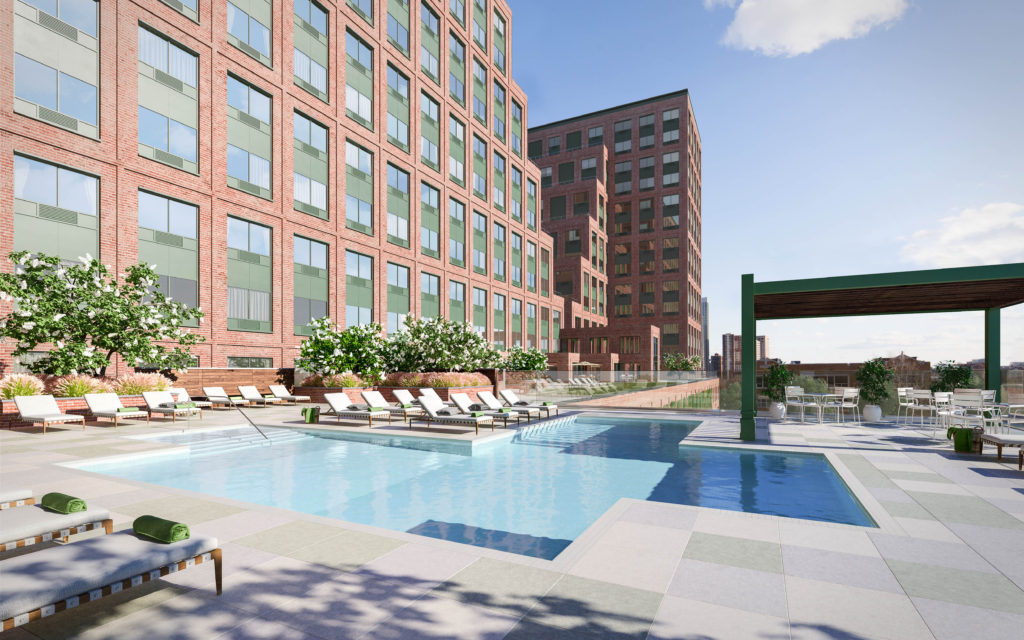 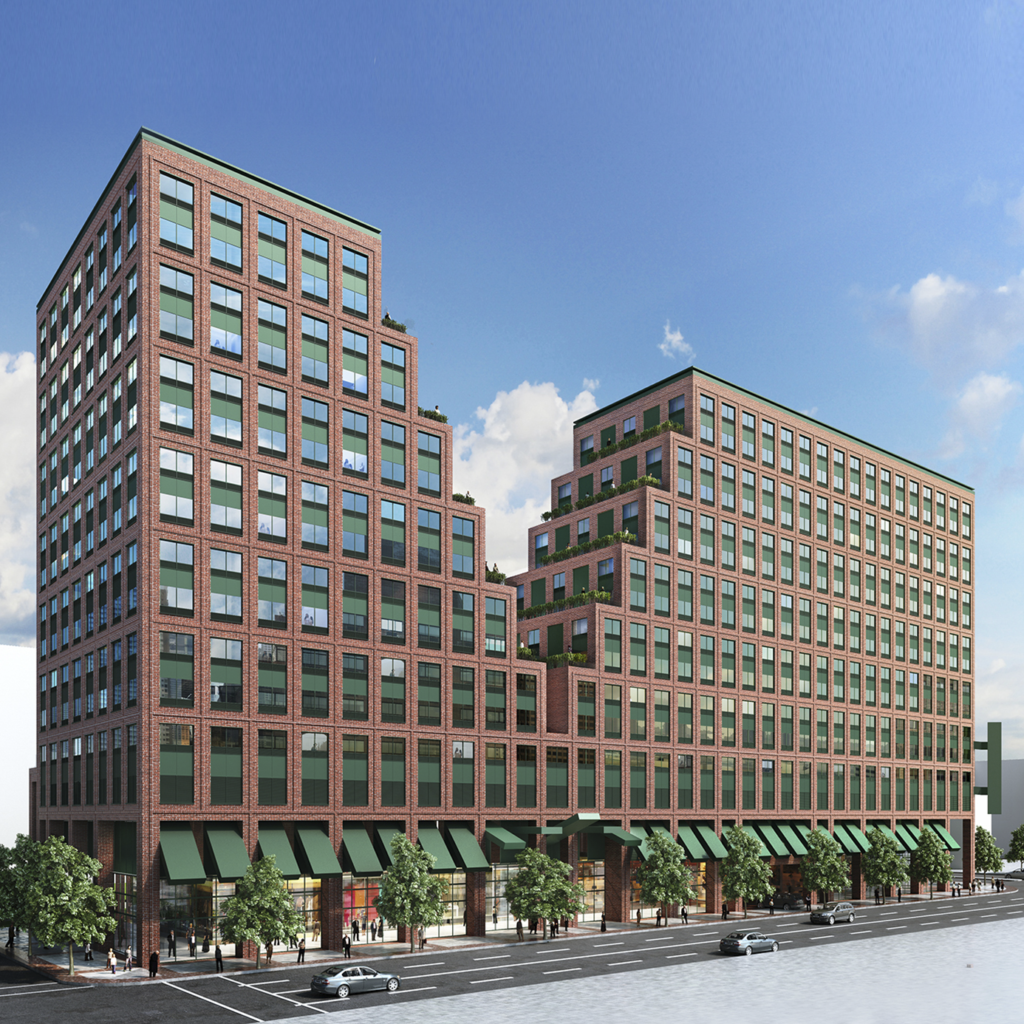 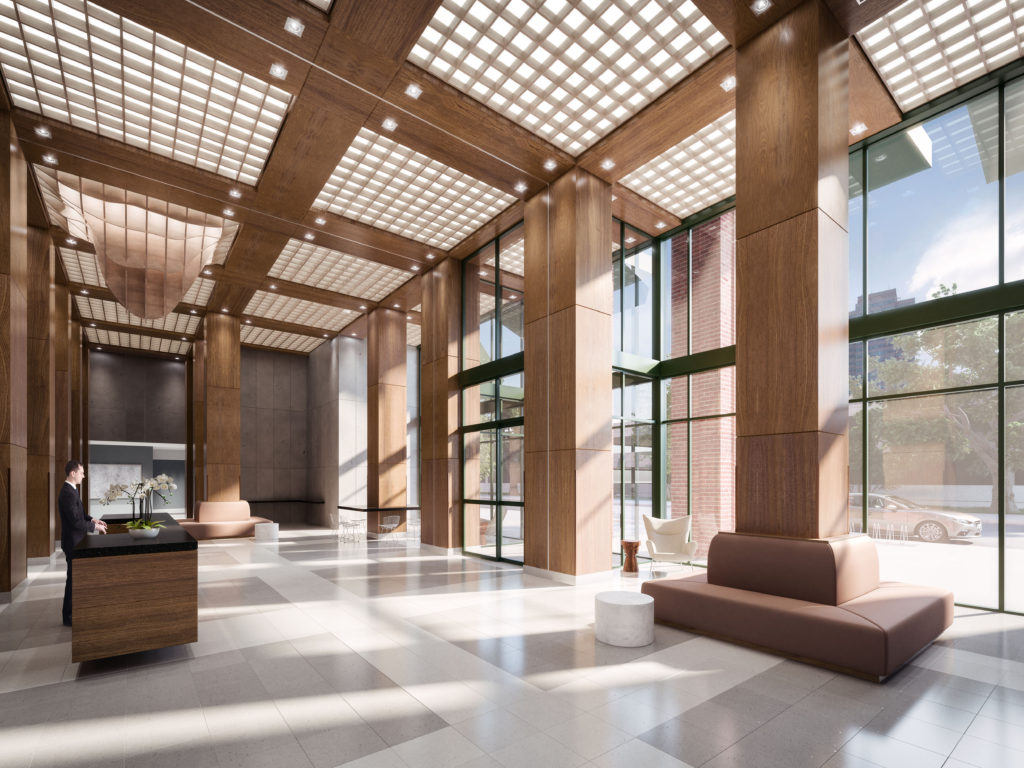 KRE Group has hired The Marketing Directors as its leasing agent, according to a news release. For the building design, it collaborated with the architectural firm Hollwich Kushner and interior designer Christopher Stevens, while Marchetto Higgins Stieve Architects is the architect of record.

The developer said 485 Marin will be the first and only building in the neighborhood to offer the app-based service Hello Alfred, a home hospitality platform that connects residents with services such as home cleanings, errands, laundry and many others. KRE Group announced late last year that it would partner with the app for its portfolio in Jersey City.

That portfolio also includes the high-profile Journal Squared project, whose 538-unit first phase opened last year and is now fully leased. KRE Group said 485 Marin features a different type of design, with an open middle and a scale that is meant to complement the surrounding Newport Mall area and the brownstones of Hamilton Park.

Apartments start on the fifth floor and range from studios to three-bedroom layouts, with many offering views of both the Jersey City and Manhattan skylines, KRE said. Amenities include a modern fitness center, private dining room, screening room and attended lobby, along with a fifth-floor lounge that opens onto an amenity deck.

KRE Group is also developing a new public park next to 485 Marin that will span more than an acre and include a lawn, café-style seating, a children’s play area and a dog park.