One of Jersey City’s newest residential buildings is nearly fully leased after just five months, amid continued demand for high-end apartments along the Hudson waterfront.

Fields Development Group announced Wednesday that Quinn, its 153-unit building at 197 Van Vorst St., is more than 90 percent leased. Located in the city’s Paulus Hook neighborhood, the 16-story property came online last fall after the debut of a sister property in 2017, having performed despite thousands of units being delivered to the market last year.

“Downtown Jersey City is among the hottest residential destinations in the entire New York Metropolitan Area, and it’s clear that Paulus Hook is the market’s most sought-after neighborhood,” said James Caulfield, co-founder and partner of Fields Development Group. “The response to both Quinn and its predecessor, Lenox, has exceeded our high expectations. As the buildings have filled up with new residents, it’s been extremely exciting to watch this part of the neighborhood come to life.”

Designed by Marchetto Higgins Stieve, Quinn features more than 7,300 square feet of ground-floor retail space in addition to its high-end studio, one-, two- and three-bedroom apartments. Amenities include a landscaped roof deck with pool, lounge and barbeque areas, Amazon package lockers, transit and package notification screens and a fitness center. 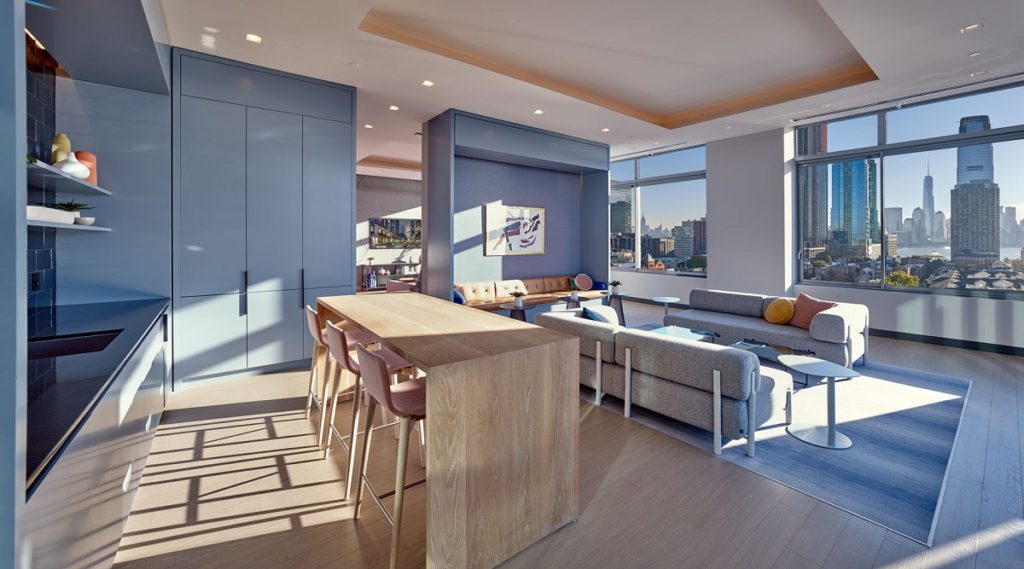 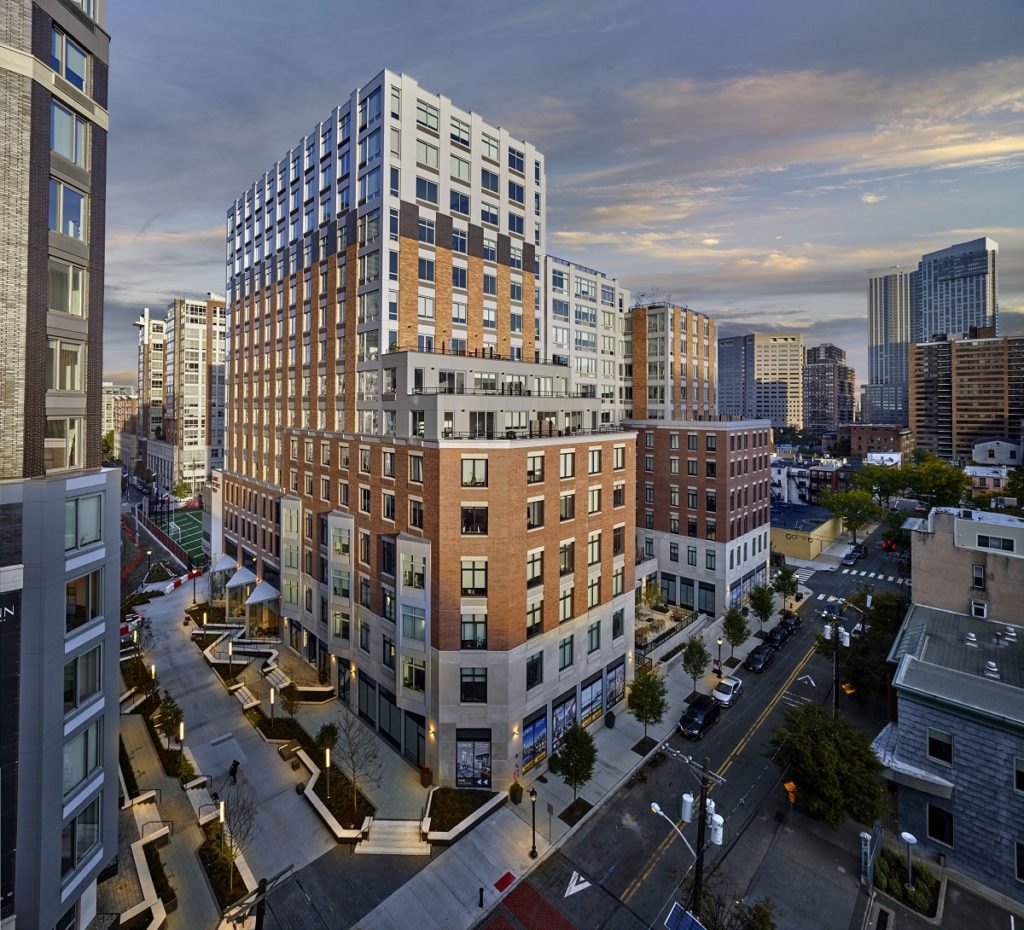 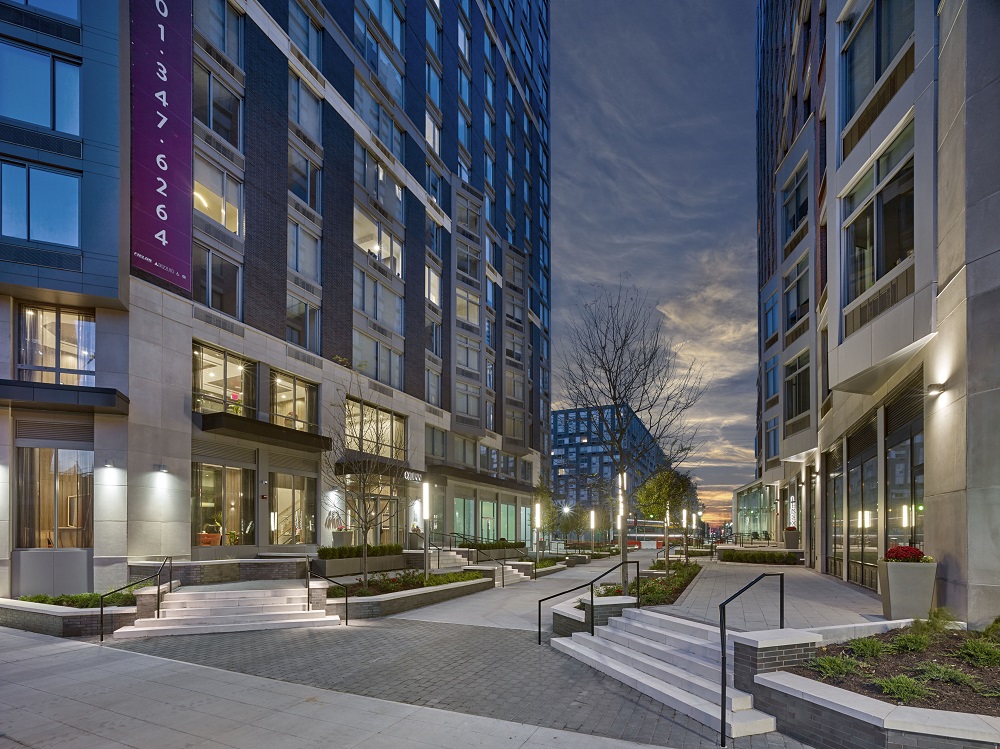 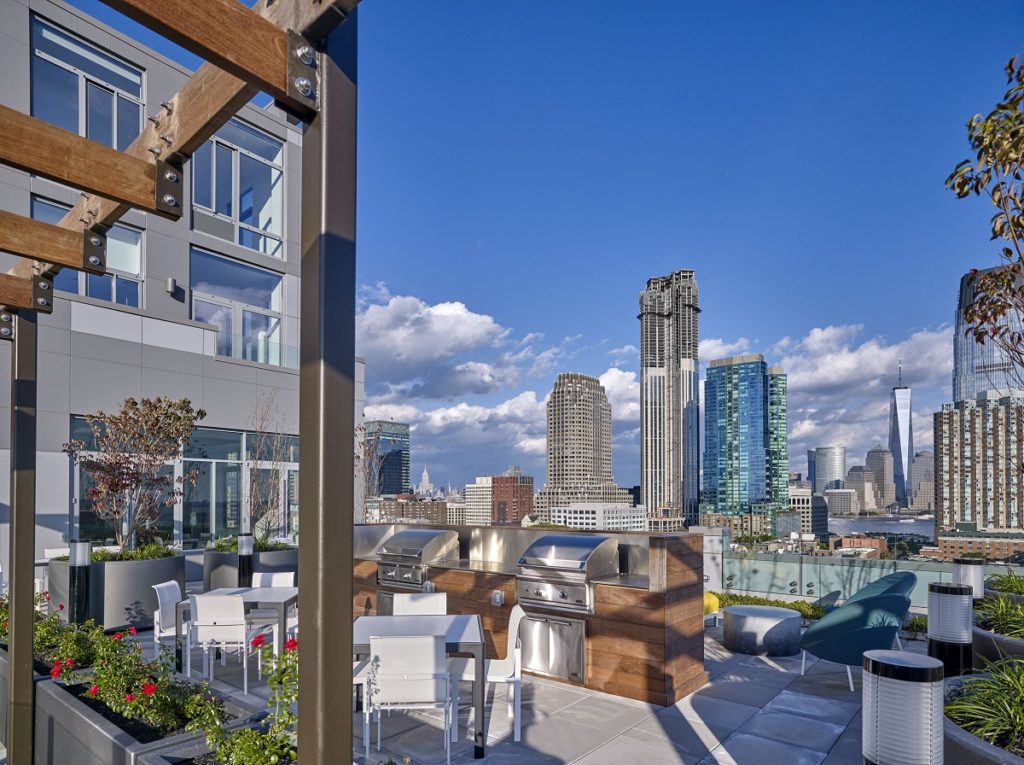 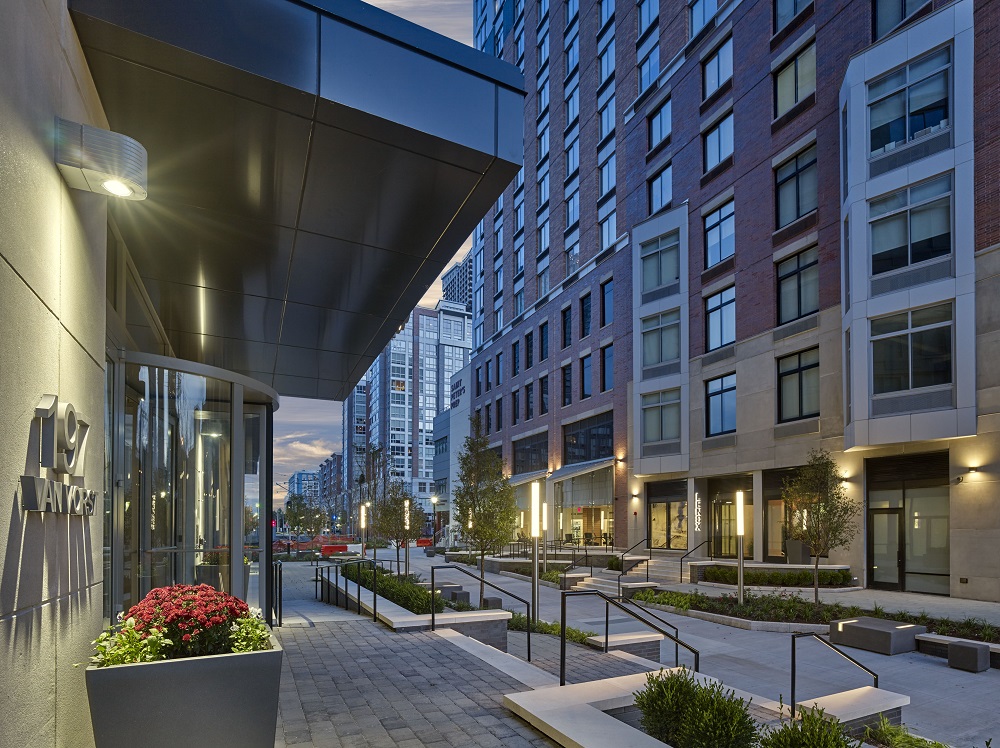 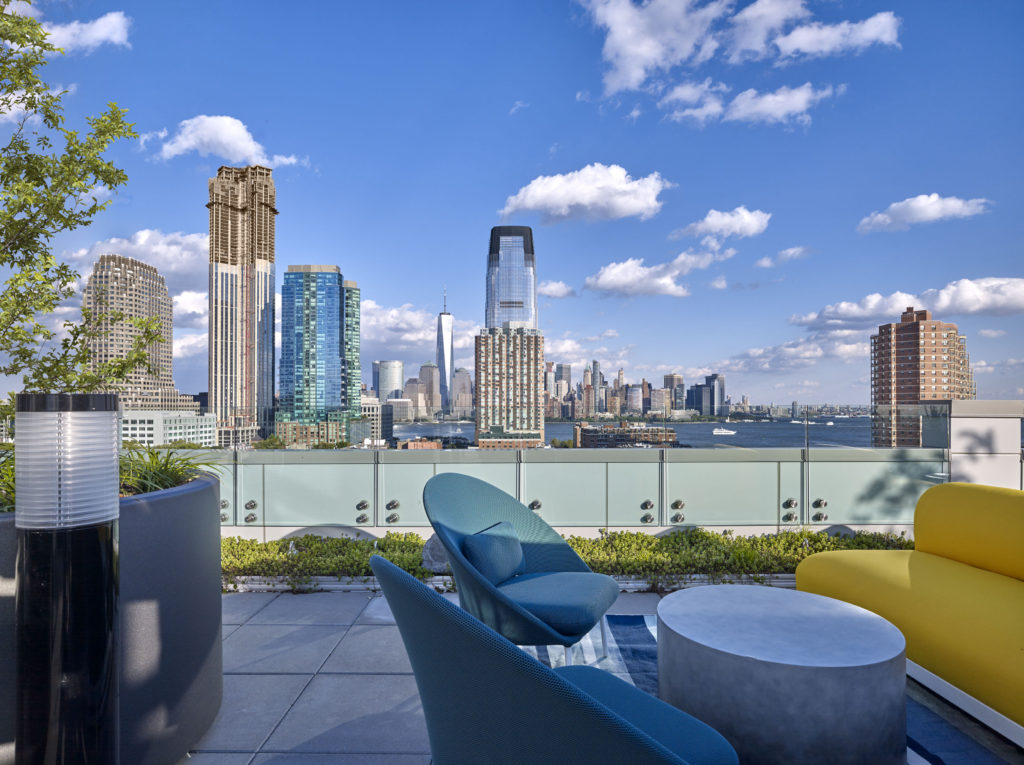 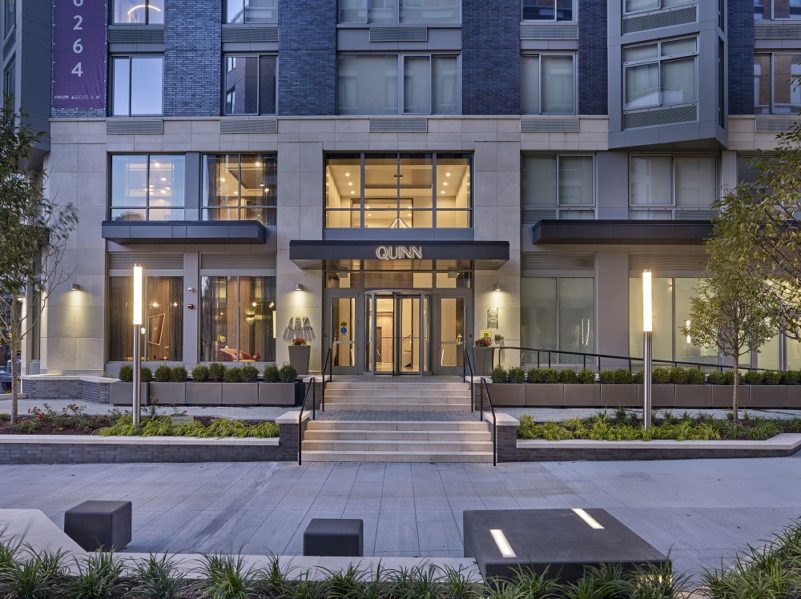 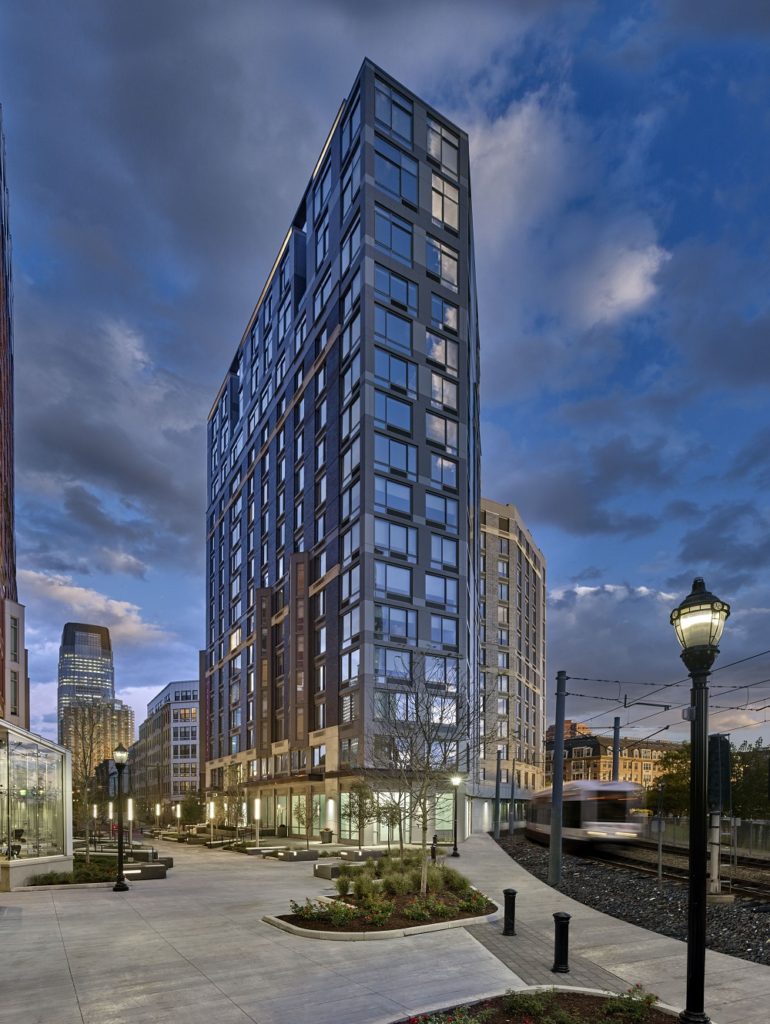 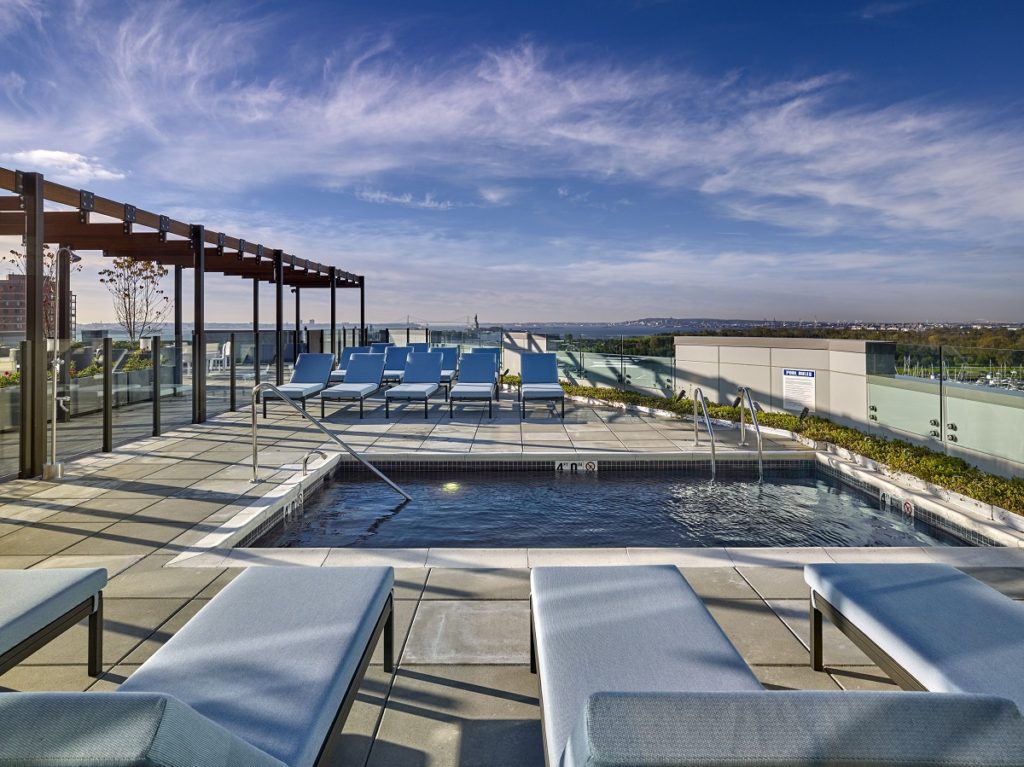 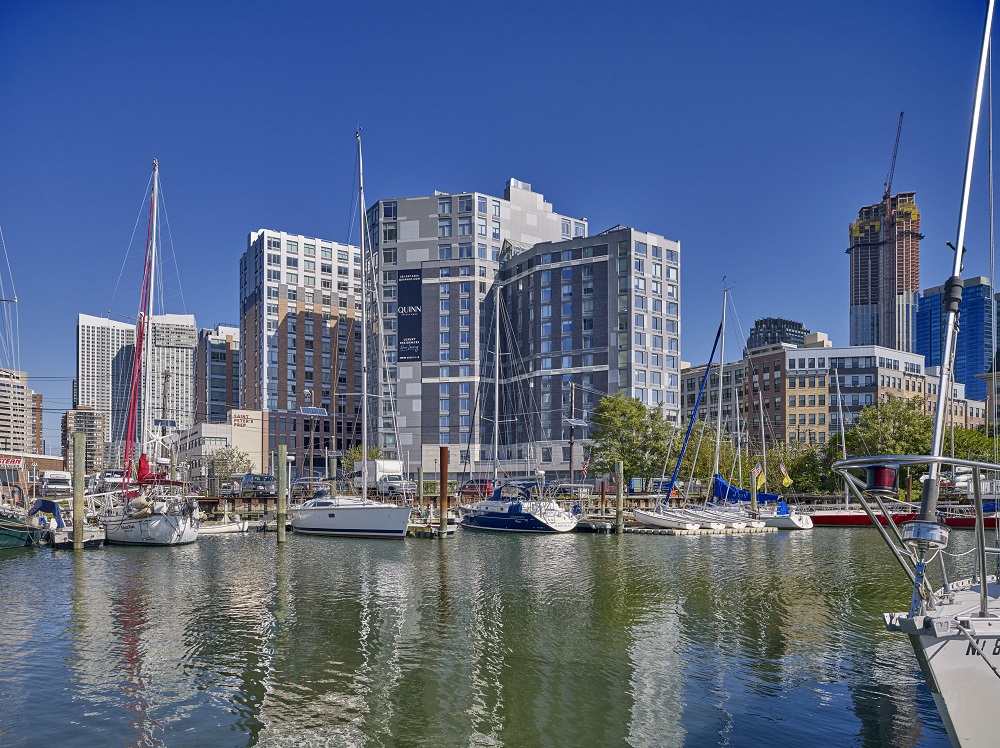 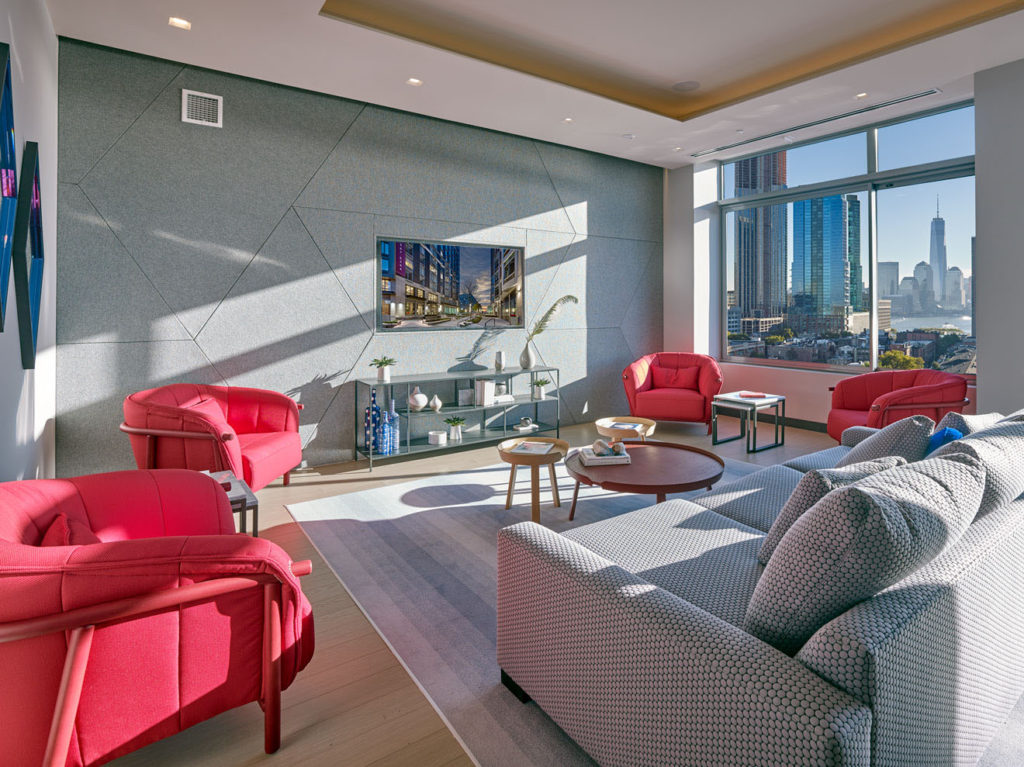