A rendering of the view from a balcony inside Ellipse, a new 41-story, 381-unit luxury rental tower in Jersey City developed by LeFrak. — Courtesy: LeFrak

LeFrak has kicked off leasing for what it calls its “most ambitious project” in Jersey City since the firm began to lead the redevelopment of the city’s Newport section decades ago.

The property is a 41-story, 381-unit luxury rental tower known as Ellipse, according to a news release from LeFrak. The developer has designed the project with all of the high-end finishes and amenities that have become part of the Gold Coast residential boom, but it also touted a distinct elliptical shape and glass façade that offers dramatic water views from every unit. 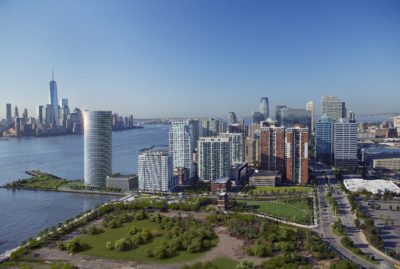 Ellipse, located at 25 Park Lane South, was designed by Miami-based Arquitectonica and is the latest addition to the 600-acre Newport district. Occupancy is slated for this summer, with monthly rents starting at $2,600 for studios.

“Over the past 30 years, Newport has transformed into a wonderful place to live, work and play,” Richard LeFrak, chairman and CEO of LeFrak, said in a prepared statement. “The Ellipse represents the culmination of our years of developing Newport into an in-demand neighborhood, and this waterfront building will set the bar and elevate the standard of living in Jersey City.” 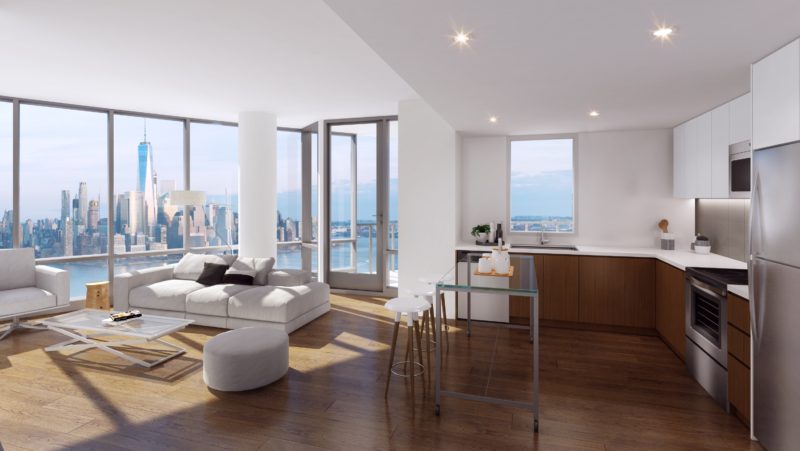 Along with features such as quartz countertops and floor-to-ceiling windows, Ellipse has services and amenities such as a 24-hour doorman, a co-working space and an outdoor pool and terrace with a barbecue area and fire pit. Renters will also have access to neighborhood offerings of Newport such as the 4.25-acre park known as Newport Green, the Hudson River Waterfront Walkway to Hoboken and the Newport Centre Mall.

The Ellipse leasing office is located at 45 Park Lane South. 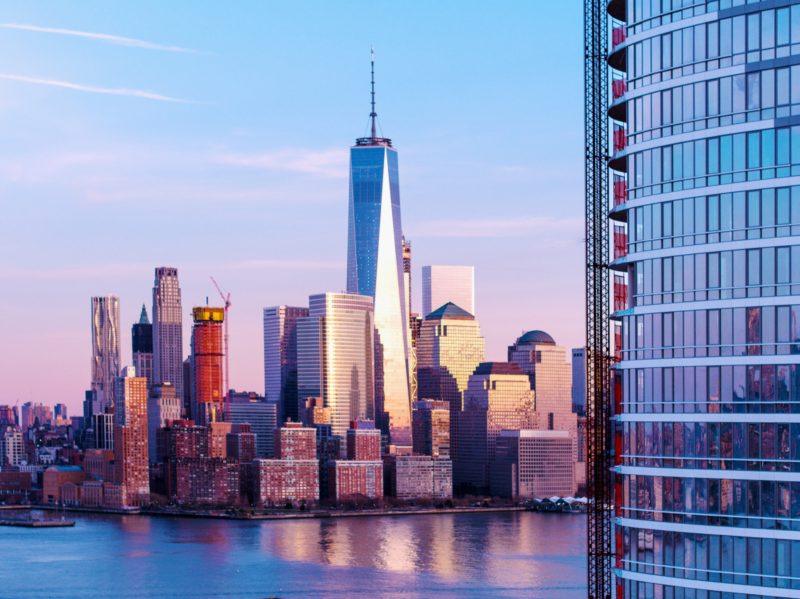