Rick Marchisio and Brian Lynch had been friends and industry colleagues for nearly 20 years, and they had often mused about the day they’d join forces to launch their own firm.

Lee & Associates — a commercial real estate brokerage with roots on the West Coast — provided that opportunity in late 2008. The firm was in search of a new office in New Jersey, offering a chance to combine Lynch’s background in property management with Marchisio’s experience as a longtime branch manager with Grubb & Ellis.

“We both worked the same market,” Lynch said. “We did a lot of transactions together. And the opportunity for me to partner with somebody who really ran a full-service brokerage operation was very attractive.”

That partnership came to be in 2009, marking the start of Lee & Associates’ current office in New Jersey. A decade later, the office has grown from just four brokers and three employees to a team of 55, including 34 licensed agents, with a focus on multiple asset classes and a growing number of service lines.

The office, which is based in Elmwood Park, has also built that platform with the help of Lee & Associates’ distinctive broker-owned model.

“It’s a unique structure that allows the brokers to go do their job without a lot of oversight and bureaucracy,” said Lynch, the CEO of Lee & Associates New Jersey. “Nobody is really telling them how to operate and they get to retain large shares of the commissions through splits, they get to become partners in the company and get to share in the profits of the company.”

Admittedly, both Lynch and Marchisio initially balked at the prospect of joining Lee & Associates, yet both had reasons to be intrigued. While it had grown to nearly 40 offices by that time, Lee & Associates had lacked a presence in New Jersey since its former affiliate, Klatskin Associates, was acquired by JLL in 2007.

For his part, Marchisio had been leading Grubb & Ellis’ New Jersey office for several years and saw the firm trying to keep pace with its larger competitors, which meant a move away from the middle market.

“I recognized as a local branch manager that it was a tall order,” said Marchisio, who would become president of Lee & Associates New Jersey. “I wanted to stay in the middle market and Lee was a great opportunity to do that.”

Lynch’s company at the time, Commercial Realty Associates, had been operating since 1995 with a focus on landlord representation, property management and other services. His son and daughter, Jason Lynch and Jessica Vasil, had become key figures in the Union-based business when the opportunity with Lee & Associates came about in late 2008.

Marchisio was “not ready for a startup” after so many years in the industry, but he and Lynch saw the potential to leverage the existing, established business at Commercial Realty Associates in order to introduce the Lee & Associates brand to New Jersey.

Lee’s business structure also proved to be a deciding factor. The 100 percent broker-owned firm operates more as a co-op as opposed to a top-down corporation or even a franchise, Lynch said, noting that the corporate entity “exists only to serve the local offices.”

That means its brokers are not paying a percentage of their commissions to the corporate office.

“It’s not a profit center for anybody,” he said. That made it an attractive proposition for the three founding principals — which included Marchisio and Brian and Jason Lynch — with Vasil joining as an executive president.

“Once I looked at it and understood it, I realized nobody in corporate is going to tell us how to run our business,” Lynch added. “It’s a collaborative, entrepreneurial-type structure.”

Of course, the team was contending with the immediate aftermath of the real estate downturn when it launched the office in 2009. But that proved to be an opportunity, as banks were foreclosing on properties and in need of property management services.

“It was challenging,” Lynch said, but the firm began to work with lenders and would go on to handle nearly 100 receivership assignments during the downturn.

“That was very instrumental in our success and riding out those initial years,” he said. “It was also very helpful that we were now able to feed some of these opportunities to our brokers that joined us, so we were able to give them an opportunity when the market was dead and we said, ‘Now we have distressed assets for you to dispose of or to lease up.’ ”

The firm “kept it lean” over the first year or so, Marchisio added, but has since hired between three and five brokers annually. It opened a satellite office in Edison in 2012 and has grown to about three dozen brokers today, with plans to reach as many as 50 by the end of 2020.

Much of that growth to date has come from the booming industrial sector, the historical focus of Lee & Associates. For instance, Dave Saltzman, a broker and partner with the firm, has benefited from a long-term relationship with XPO Logistics, which most recently leased 526,400 square feet in South Brunswick.

But the team has also diversified into other service lines.

“It’s very important to us, and throughout our growth, we’ve tried not to rest on our laurels that industrial is going to carry the day,” Marchisio said, citing the firm’s growth in areas such as office, retail and health care. “It’s a big part of our revenue and one day if the industrial market drops off — and sooner or later something will happen — we feel that we’ll be in a very good position to continue on with everything else that we’ve put in place.”

Lee’s recent hires include 40-year industry veteran Josh Krantz, a longtime broker and development executive, who will focus on growing its retail division in New Jersey. In early February, the firm announced the addition of David Violette, who manages more than 9 million square feet throughout New Jersey and Eastern Pennsylvania, with plans to expand the practice and better support its existing clients in the region.

And with the ability to offer so many different service lines — which also include lease administration and debt and equity placement — Lee & Associates is poised for further expansion. Lynch points to St. Joseph’s Health, the Paterson-based hospital network, which has entrusted the firm to manage roughly 70 locations.

The New Jersey office is also working with clients that have up to 500 locations around the country.

“So our vision is much greater than just (focusing) on New Jersey and what we can do here,” Lynch said. “We’re looking at a global presence now, and because we provide all these services in-house, it makes us very unique for a company our size.”

“What we’ve really worked on is building an atmosphere (where) people want to help the guy next to them. That’s not their competition,” he said. “And when you look at the profit-sharing model, there’s a real incentive for them to want to do it because they know every dollar that a broker brings in, they’re getting some money out of it. So it’s a collaborative effort.”

The leaders of the New Jersey office have also strived to provide the tools its brokers need to be effective. That means spending hundreds of thousands of dollars annually on software and databases, along with having in-house analysts, graphic designers and other support staff.

They also stressed the importance of being hands-off with their fellow brokers, an approach that goes hand in hand with the autonomy they found when they joined Lee & Associates a decade ago.

“What we’ve learned over time is that it does seem to be a really good formula … You give them all those tools and, for the most part, you get out of their way,” Jason Lynch said. “And you’re there to help and assist when needed, and it’s proven to be a pretty successful combination.” 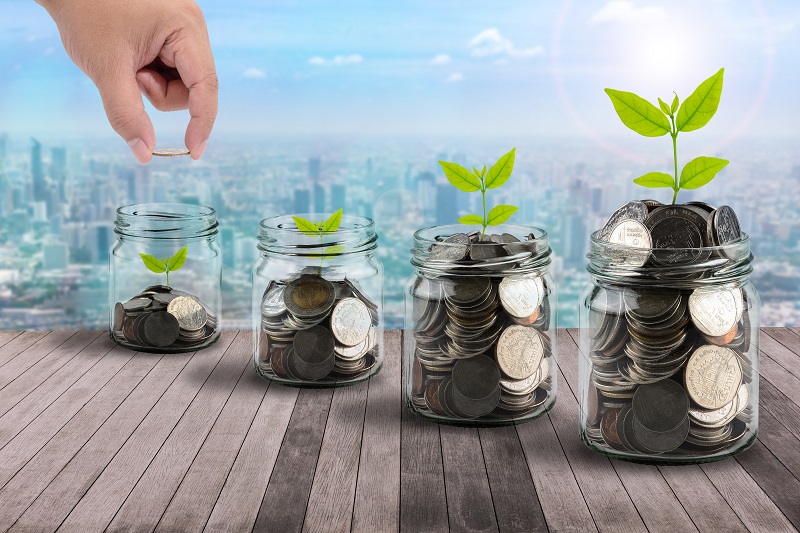 Best of both worlds

Local empowerment is central to Lee & Associates’ broker-owned business model, but having a network of 60 offices and more than 1,000 professionals certainly has its perks.

Chief among them is the option for its brokers to provide seed funding to establish new Lee & Associates offices in other markets, acting as a sort of venture capital entity. That allows agents across the company to receive a return as those offices grow, providing a passive, secondary source of income beyond their day-to-day commissions.

“You now have steady income coming through your royalty payments, which allow a lot of our brokers to retire very, very comfortably,” said Lynch, who also serves as the company’s chief strategy officer in charge of East Coast expansion. “It allows us to ride out different markets.”

Those royalties amounted to more than $18 million last year, he said, noting that Lee & Associates’ newest offices are opening in Miami, Raleigh, Cincinnati and Toronto. Brokers across the company will collectively invest about $4 million in those offices.

Vasil, the New Jersey office’s executive vice president for operations, also pointed to the information sharing that takes place across the Lee & Associates footprint. At annual meetings and throughout the year, she said, individual offices share best practices that can benefit their counterparts throughout the company.

“I find that we’re much more nimble and adaptable, which is very, very valuable and make us very unique in our position,” Vasil said.

Newest hire for Procida has deep connection to industry veteran