The topic of interest rates is unavoidable these days. Just ask commercial real estate industry veterans like Jose Cruz, who is fielding questions seemingly every hour of every day.

“Obviously, that’s on everyone’s mind,” said Cruz, a senior managing director with JLL and co-head of the firm’s New Jersey capital markets office. “It comes up on every call we have.  Whether it’s internal, external — (with) lenders, buyers, sellers — the interest rate conversation has basically dominated any and all of our update calls and the time we’re spending with our clients.”

Those concerns have permeated the commercial real estate landscape in New Jersey and beyond — including the stalwart multifamily sector, which has enjoyed years of rent growth, low vacancy and strong absorption driven by wholesale demographic shifts. Investors and developers are now wrestling with how to forge ahead with deals and projects despite the uncertainty, as they wait to learn how many more rate hikes are still to come.

“It’s a moving target,” said Jonathan Kushner, president of Kushner Real Estate Group, speaking during a recent multifamily industry conference hosted by Real Estate NJ and JLL. He noted that it’s not always important to “get the best deal on the next deal, but I do look for — and what I think most people in this room might agree with — is just stability and predictability.”

“The hardest part of what we’re all experiencing now is that we don’t have those things,” he added. “Everyone likes to feel like they can predict the future a little bit, and it’s just a difficult time that we’re all going through in this market.”

Kushner and other panelists spoke to a crowd of nearly 200 at the Nov. 2 program, Market Outlook: The State of Multifamily, at The Highlawn in West Orange. The event took place just hours before the Federal Reserve announced a sixth increase this year of its benchmark interest rates, including four sharp hikes of 75 basis points, as it fights to curb inflation. 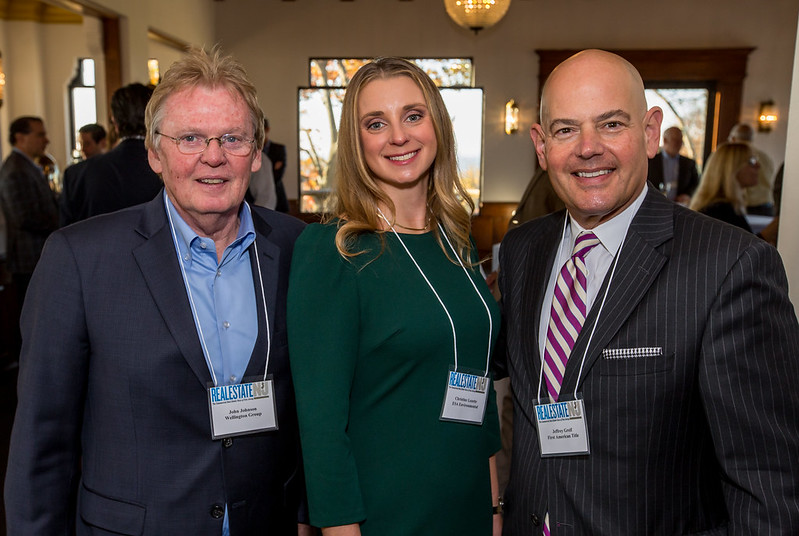 Many owners and investors are now trying to recalibrate, with Fed Chair Jerome Powell signaling that rate hikes will continue for at least the near term.

“A lot of this is going to be driven by how quickly interest rates reset,” said Jeff Otteau, chief economist with Otteau Group and managing broker of Hudson Atlantic Realty Advisors, based in Matawan. Historically, he said, it has taken 12.5 months for rates to reach such a point.

“Will this time be different? Maybe,” he added. “And if it takes longer than that, if we’re looking at elevated lending rates for 24 or 36 months, that’s going to have an effect on the markets. That’s going to be a significant disruptor.”

The interest rate surge has caused at least a notable slowdown in capital markets activity. In an earlier presentation, Otteau said multifamily investment sales in New Jersey totaled $5.4 billion in value in 2021. That number is now on pace to fall to around $3.8 billion in 2022, he said, while projecting an additional decline in 2023.

Josh Solomon, president and co-founder of The DSF Group, said his Boston-based firm sold $800 million worth of multifamily property in the second quarter and the beginning of the third quarter, “with the intention of selling a couple more assets.” But the company opted to pull those properties off the market “because the pricing and what people were willing to pay is just not what we’d be willing to sell it for.”

Fortunately, Solomon said, “we have seen very little impact on the operations side” when it comes to rent growth and vacancy.

“Demand is still significant, there’s still a tremendous shortage of reasonably priced apartments in the market, so we’re not really seeing much impact there,” he said.

The panelists expected deal activity to rebound on some level, thanks in part to owners whose loan terms will force them to either sell or refinance, while others may simply see their window closing.

“There will be individuals that want to sell, that need to sell, so the transaction volume will be there,” said Cruz, who moderated the panel discussion. “I think, from our perspective, it’s really showing that we can make a market, that there is a buyer pool out there and that the buyer pool is pricing in today’s rates.”

Solomon added that the apartment sector will continue to draw investors, because “we all know the cash flows that get generated in multi are as durable as any.” That’s especially true among institutional buyers, he said, noting that DSF’s largest investor is a sovereign wealth fund that said that “one of the few places they’re comfortable investing in the real estate world is existing multifamily.”

“I’d say, over past seven or eight years, the institutional world has continued to fall in love with multifamily and that’s not changing,” Solomon said. “And that’s because of long-term trends that really aren’t changing, either.

“We haven’t seen people’s return requirements change, nor have we seen the appetite from institutions falling off at all, so I think that’s a positive sign, because that money will go to work one way or another. I think there can be a pause, when people are getting their feet under them, but there’s just still a tidal wave of capital.”

Check back to Real Estate NJ for more coverage of our program, Market Outlook: The State of Multifamily, at The Highlawn in West Orange, including on the panel’s thoughts on how interest rates are impacting new apartment construction.