Here are the issues identified by David Brogan, executive director of the New Jersey Apartment Association:

The Murphy administration has come out of the gate with some big and bold ideas. But, if this administration wants to do something significant, if not historic, for a New Jersey’s most underserved (and unfortunately often forgotten about) residents, then focusing on affordable housing for low-income families is that issue. Ensuring that, even in the face of inconsistent federal affordable housing policy, New Jersey will be there for its most vulnerable families is something that is not only good public policy, but it is something that legacies are made of.

The lack of affordable housing for low-income families as well as the housing affordability crisis facing average New Jerseyans are two issues that must be addressed by the new legislature and governor. In general, housing policy has not been a priority for this state for the last decade. Now, with tax changes at the federal level hurting New Jersey homeowners and renters, the state must take a leadership role in addressing these issues.

More specifically on the issue of preservation, the state must assist existing affordable housing operators in ensuring they can continually maintain, reinvest, improve and upgrade their properties. Unfortunately, the concept of preservation consistently gets lost in the discussion of affordable housing. While the thought of owning a house for 50 years without maintaining, upgrading or improving it is abhorrent, our state’s current policies force long-term affordable housing owners into that very situation. With rents kept at government-mandated levels, there is little-to-nothing affordable housing owners and managers can spend to reinvest in those properties. Furthermore, with many tax abatements ending (because abatements only have a lifespan of a few decades), these properties are going to further deteriorate if there is no government help. Two things that can be done are:

In terms of development, the state should follow the recommendation of the Smart Growth Economic Development Coalition and revitalize the Economic Redevelopment and Growth (ERG) program. ERG pledges future tax revenues from a project to help developers plug financing gaps. This would provide a much-needed infusion of capital and gap funding into those projects.

Finally, while there is much discussion about affordable housing, the state must also focus on housing affordability. Given that the average house in New Jersey is over $300,000, apartment living is literally the last affordable option for the average New Jersey resident. Both the Legislature and the governor must understand that maintaining, operating and improving professionally managed multifamily properties is not easy. With New Jersey being one of the highest cost of living states, any increase in those costs could be devastating to property owners. As such, both the governor and Legislature need to be cognizant that every mandate has a cost. Whether it is prevailing wage, window guards, building materials or any other mandate, these costs must be made up somewhere, and that can ultimately impact rents. No one in New Jersey wants to see the cost of housing rise, but Trenton can do more to lessen this impact by taking into consideration the cost factors associated with any new mandates. 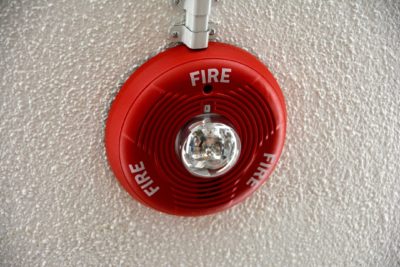 New Jersey is considered a leader in imposing mandates that drive up the cost of business, and in our case, the cost of housing. While legitimate issues may arise that warrant certain changes in construction standards, the extent to which those changes are mandated directly impacts housing costs. Last session, there was a myriad of bills introduced in response to a fire at a large multifamily community in North Jersey. While multifamily living is still one of the safest places to live, there was a policy focus on large, five-story, primarily wood-framed buildings and firefighter access to those taller buildings. NJAA supports requiring the enhanced NFPA 13 sprinkler systems in the large, five-story, podium-style (meaning the first story is a parking garage, retail or other concrete structure) construction. Specifically, in buildings where there is one story of concrete and four stories of wood framed living space above, NJAA supports enhanced sprinkler systems. But, we do not support requiring buildings to be made out of concrete or additional fire mandates on other buildings. There simply is no justification for such mandates.

The safety of our residents has been, and will always be, our top priority. Furthermore, NJAA stands ready to work with legislators on common-sense solutions to legitimate issues. However, decision makers must balance the cost of ‘enhanced fire suppression’ with both the effectiveness of any such code changes, as well as the cost associated with implementing those changes.

More specifically, whether it’s affordable housing or market rate housing, New Jersey must find a balance between the new requirements the state government wants to impose on housing and the impact those mandates will have on the cost of rent, the cost of construction and ultimately the cost of housing as a whole. We do not have the luxury of simply putting our heads in the sand. Doing so will not only exacerbate the housing affordability crisis we currently face in this state, but also forestall the development of much-needed affordable housing for low-income families that need it.

While 2018 is sure to be an interesting year, both the Legislature and the governor have an opportunity address a variety of issues that have been languishing for some time. Whether it is policies that promote affordable housing or addressing the housing affordability crisis, NJAA stands ready to be a partner in formulating those solutions.

Developer returns to Elizabeth, with a focus on the booming port region