SJP Properties and Mack-Cali Realty Corp. have unveiled the new design for their planned 1.2 million-square-foot office tower in Jersey City, touting it as “a new archetype” for the modern workplace and what will be the state’s most technologically advanced commercial building.

Known as Harborside Tower, the 40-story building will be configured to optimize densification and outfitted with high-performance infrastructure to enhance the operations of its tenants, the joint venture said. For instance, the developers plan to provide a web-based service request system that will allow tenants to communicate with management, while using direct digital technology for monitoring, controlling and streamlining all building systems.

Plans for the site at Hudson Street and Christopher Columbus Drive also call for a raised lobby to protect the building from flooding and dual power feeds. In addition, Harborside Tower will feature what’s known as a distributed antenna system, allowing tenants to connect to “exceptionally fast” internet service with unlimited bandwidth.

New York City-based architecture firm FXFOWLE has designed the waterfront building to achieve gold certification on the U.S. Green Building Council’s LEED scale, which stands for Leadership in Energy and Environmental Design. The project will feature two retail units of 10,250 and 2,275 square feet that will be situated off the lobby. 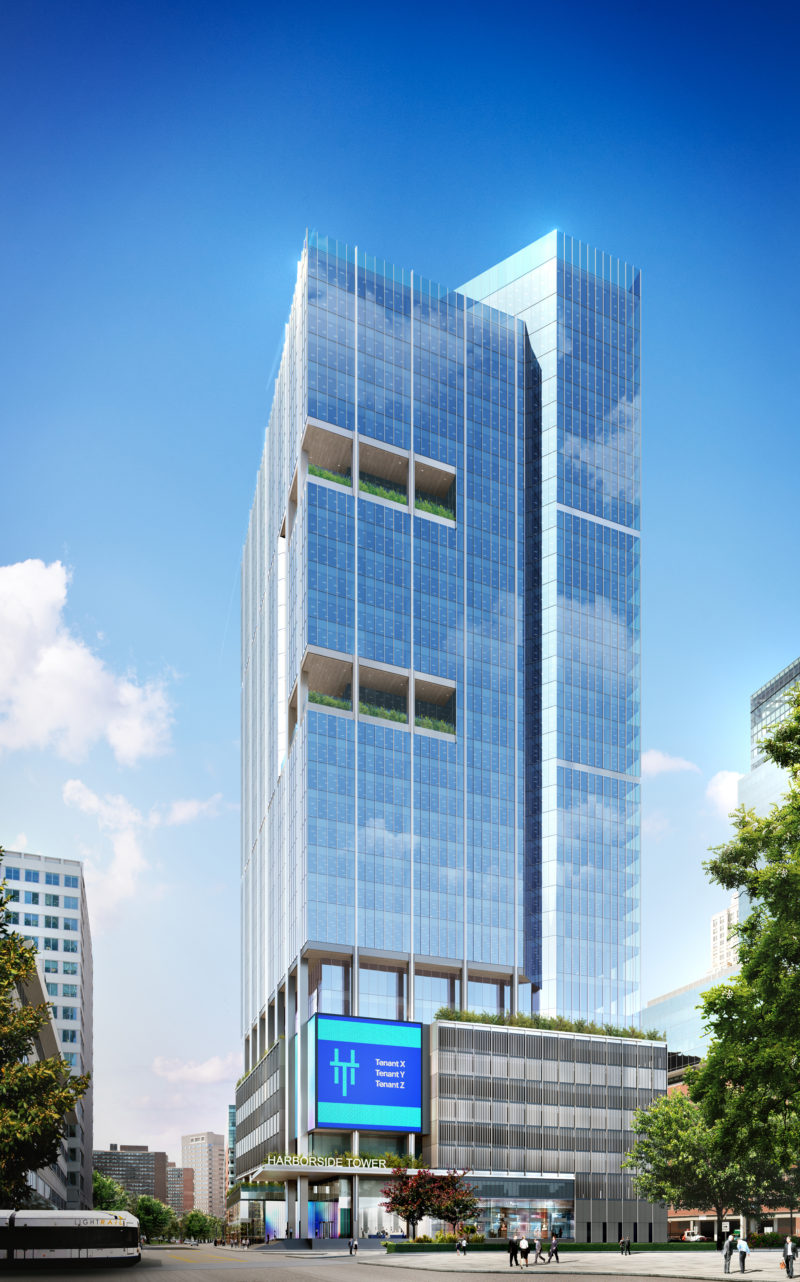 “Jersey City’s renaissance has been heralded, with an influx of new residential and retail options that have attracted residents and created a dynamic energy fueling the city’s growth,” said Steven Pozycki, founder and CEO of SJP Properties. “With no new office construction in Jersey City over the past 20 years, there is strong demand for modern, technologically advanced office space that can effectively support the needs of today’s modern companies, while providing them access to the area’s unparalleled talent pool and lifestyle amenities.

“We are meeting this demand with Harborside Tower, which will be unlike any office building on the Hudson waterfront.”

The two powerhouse real estate firms unveiled the new design about a year after announcing their plans to join forces on the project. The plan comes amid Mack-Cali’s push to reposition its flagship Harborside complex in Jersey City from a cluster of office buildings to a 24-hour, mixed-use neighborhood.

This past spring, the real estate investment trust opened the nearby 69-story residential tower known as Jersey City Urby, under a joint venture with Ironstate Development. It also opened a seasonal beer garden within Harborside and is working with SJP to overhaul the existing office buildings, while creating a new public retail plaza along the waterfront.

The neighborhood is already served by the PATH train and NJ Transit’s Hudson-Bergen Light Rail, but Mack-Cali recently launched ferry service to Manhattan.

“From the reinvention of the Harborside Atrium as an entertainment space, to the recent openings of venues such as Lutze Biergarten and Piggyback Bar, our vision for activating the waterfront and energizing the surrounding neighborhood is coming to fruition,” Mack-Cali CEO Michael J. DeMarco said. “The role that Harborside Tower will play in the transformation of the neighborhood can’t be overstated.

“Companies want to be a part of the unique environment we’re creating here, and to facilitate that, there is a need for the world-class office space that Harborside Tower will provide.” 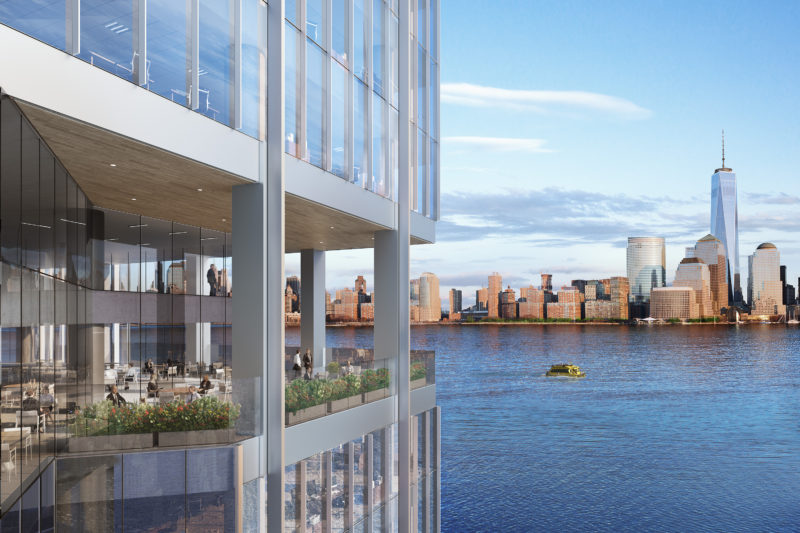 The tower will feature a sleek glass and steel facade with double-height private loggias on the 15th and 26th floors, along with a state-of-the-art exterior LED display above the entrance that will offer a tenants a high-tech branding opportunity, the firms said. A conference center on the mezzanine floor will be available to tenants, as will a roof garden and lounge area that provide unobstructed views of Manhattan.

Meantime, a two-story glass lobby will house concierge and security personnel, along with a dedicated mail and messenger center. Harborside Tower will also feature an enclosed 600-car parking garage.

The structure will also feature destination dispatch elevators. Power is provided from two points of entry to prevent outages, while an additional generator space will be available for use by future tenants.

Mack-Cali and SJP noted that tenants that move to Harborside Tower will be eligible for state tax credits under the Grow New Jersey program and other incentives. The firms will be marketing to a tenant base that has evolved over the past decade, from its roots in finance to a cluster that now includes the media, publishing, technology and fashion industries.